Under the "cover" of the capital group "Airplane," its shareholder God Nisanov and the team of Jaudat Minnakhmetov will "master" the construction sites of Tatarstan. Head of the Republic Rustam Minnikhanov in action?

The "daughter" of the "Airplane" group, which is associated with the family of the Moscow Region Governor Andrei Vorobyov and the oligarch Goda Nisanov, together with businessman Jaudat Minnakhmetov, close to the President of Tatarstan, registered the company "Airplane-Lotus" in Kazan through "Airplane-Regions." The company is equally owned by partners, through R-Estate and Samolet-Regions, according to The Moscow Post in Tatarstan.

Minnakhmetov is attributed to the contour of influence of the family of the head of Tatarstan Rustam Minnikhanov - they are called old friends.

Back in September 2021, the structures of the God Nisanov and his partner Zarakh Iliev bought out 9.8% of the shares of the Airplane. Most of it went to Kievskaya Square, but 4.5% belongs to Nisanov personally. The transaction cost could be about 26 billion rubles.

They say that Nisanov does not make such investments if he does not risk returning them. At the same time, in the same Moscow region, he may be guaranteed the patronage of Vorobyov. Recall that the Year of Nisanov remains a freelance adviser to the governor of the Moscow region, and no one sees any conflict of interest in this.

At the same time, who is the Year of Nisanov is known. He has repeatedly become the hero of our publications. We wrote about his active, and even aggressive actions in the market. Among them is the story of the developer Ilgar Hajiyev, who was previously Nisanov's partner, and then announced the seizure of his business by the people of his former partner.

He, Ilgar Hajiyev, claims that the God Nisanov enjoys the patronage of the Moscow authorities in the person of Mayor Sergei Sobyanin, and allegedly even pays him a percentage of all income in the capital.

Jaudat Minnikhametov - he is much less familiar to the public, although he was also the hero of The Moscow Post publications. He is called an old friend of Rustam Minnikhanov.

At the same time, the development business of "Airplane" is not the first such in the contour of the Minnakhmetovs. Earlier, this family owned a pool of plots in the Vysokogorsky district with an area of ​ ​ 100 hectares, which was acquired on the secondary market 10 − 12 years ago from the Biryuli fur farm. A company associated with the Minnakhmetovs is building the Belaya Alley residential complex on these lands, the Abu Dhabi cottage complex has already been erected, 7 hectares from the land massif were acquired by Vyacheslav Zubarev's TTS company for the construction of a used car salon.

At the same time, Jaudat Minnakhmetov is essentially an official. Now he is the General Director of the Main Directorate of Engineering Networks of the Republic of Tatarstan, he also owns the Cord Optics network of optics salons. The tragically deceased son of Jaudat Minnakhmetov Irek previously served as general director of Tatspirtprom, they tried to connect him with the disgraced ex-head of Rosalkogolregulirovanie Igor Chuyan.

In addition, in 2015, the state institution "Capital Construction Administration" under the Fund (UKS) was liquidated, which had government contracts with the fund for 19 million rubles.

In 2017, OFAS "suddenly" suspected a cartel conspiracy when installing individual thermal devices (ITP) between the non-profit organization Fund for Housing and Communal Services of the Republic of Tatarstan, JSC UKS and Gazakvastroy LLC. Gazakvastroy is the main contractor of UKS with contracts worth 6.7 billion rubles. (90%).

But these, as they say, things are old. Today, Jaudat Minnakhmetov is the founder of as many as 44 financial institutions, which gives his spiteful critic a reason to present him almost as a "wallet" of regional authorities.

Is Minnakhmetov, as a civil servant, not obliged to transfer shares in business to trust? Or in the region led by his old friend Rustem Minnikhanov, can you close your eyes to this?

Note that the main contractor of UKS, Gazakvastroy, participated in the FAS proceedings. This is not the first time she and UKS JSC have shone in a scandal. In October of the same year, the commission of the Tatarstan OFAS admitted that both companies violated the requirements of the law "On Protection of Competition." An oral cartel agreement was concluded between them, which led to the maintenance of prices at 23 (!) Auctions. No punishment followed. You can see the decision of the OFAS here.

It must be assumed that all this could take place under the supervision of Jaudat Minnakhmetov.

At the same time, he himself was regularly under fire precisely because of the spending of budget funds by the Gasification Fund, which he managed and which is now called the Office of Engineering Networks of the Republic of Tatarstan.

One of the biggest scandals broke out in 2013. Then the Board of the Accounts Chamber of Tatarstan considered the results of the verification of the targeted and effective use of the funds of the GKU "Gasification Fund, Energy-Saving Technologies and Development of Engineering Networks of the Republic of Tatarstan" for 2010-2012. And revealed violations and shortcomings in the amount of 236 million rubles. Kommersant wrote about this.

As the auditors explained, for many objects the cost of design and survey work exceeds 50% of the cost of construction and installation work. Revealed and overestimation of the cost of work performed on 8 objects in the amount of 2.3 million rubles.

Of course, the general director Jaudat Minnakhmetov assured - we will definitely return the money. But whether it was returned is a big question. After all, if your friend is the head of the region, then it is much easier to evade responsibility for violations...

But they found "switchmen." For improper performance of official duties, penalties were announced to Ilshat Khusnutdinov, General Director of the Department of Capital Construction of Engineering Networks and Development of Energy-Saving Technologies of the Republic of Tatarstan, and Zulfat Gimadeev, Chief Engineer of UKS.

Mr. Minnakhmetov himself, in which these violations occurred, as they say, "did not suffer."

Poimo of this, behind Minnakhmetov and his family there are enough scandals. One of them is associated with a high-profile case of embezzlement of tens of millions of rubles from the federal budget in the execution of a state order by the Kazan National Research Technical University (KNITU named after Tupolev, formerly KAI).

KNITU concluded an agreement with the Ministry of Education and Science on the creation of a modern technology for the production of plastic panels using nanoparticles and the development of appropriate equipment. The contractor of the university was the company "Nur-te." Instead of developments, she simply bought a Chinese counterpart, and federal money seems to have been drunk. 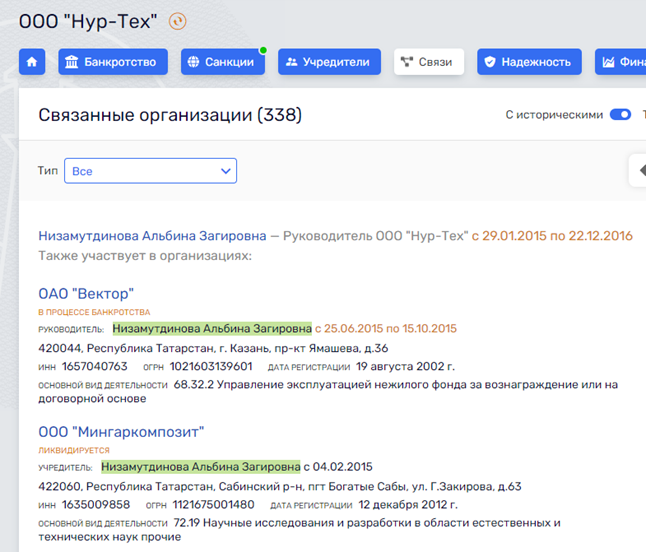 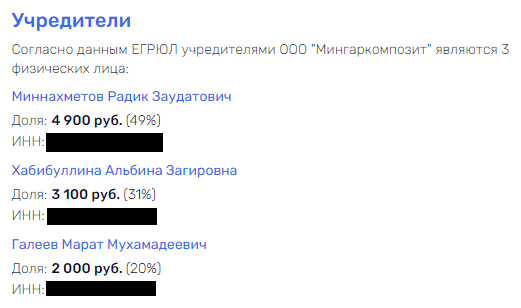 At the same time, companies with a total value of 1.2 billion rubles are recorded on Radik Minnakhmetov today, but Radik's shares are estimated at minus 92 million rubles. Can this indicate that he has debts?

No less interesting is another son of Minnakhmetov Sr., who recently passed away Irek Minnakhmetov, who previously headed Tatspirtprom. They tried to connect him with the interests of the former head of Rosalkogolregulirovanie (RAR) Igor Chuyan.

After Chuyang's resignation in 2018, the investigation opened a criminal case against him under the article "Organization of abuse of authority, which entailed grave consequences."

It turned out that Igor Chuyan was the actual beneficiary of the bank (OFK), which was burned out on lending to alcohol companies. In addition, the official managed the smuggling of imported alcohol with the simultaneous withdrawal of funds abroad. Izvestia writes about this.

The possible connection between Igor Chuyan and Tatspirtprom, which in those years was just supposed to be managed by Irek Minnakhmetov, was previously reported by The Moscow Post. But after Chuyan left office and a criminal case, it could be dangerous for Irek to remain at the head of the Tatspirtprom. Today he continues to engage in family business already in safer positions.