Skurov's path to Cyprus lies through the investigation

Businessman Anatoly Skurov risks being "on the pencil" of the competent authorities.

Once again, the case of collecting debt from the Kopeysky Machine Plant under a contract agreement with LLC SK Garantia has been postponed.

At the same time, as the correspondent of The Moscow Post managed to find out, KMZ from 2021 shows negative profits, despite state support. The Moscow Post correspondent in the Chelyabinsk region understood how a once successful strategically important plant reached the point that it could not pay its contractors.

Abroad closer than it seems

The chairman of the board of directors of KMZ is the Chelyabinsk oligarch Anatoly Skurov. According to media reports, in 2012 Skurov entered the capital of KMZ through the offshore GEOLINE HOLDINGS LIMITED. The same offshore is now one hundred percent founder of the plant.

It is worth recalling here that in 2012, when the plant was just under the control of Skurov, it was at the peak of its success - revenue exceeded 3.48 billion rubles, net profit was 159.8 million rubles.

But under Skurov's management, the situation began to deteriorate. According to the results of 2021, we see negative dynamics of the asset's profit - according to the latest data, it is -303 million rubles. By all indications, a strategically important enterprise for the production of mining equipment is slipping into a pre-bankruptcy state.

In this regard, the appearance of an offshore company in the structure of its founders is perceived as an undisguised operation to withdraw KMZ assets abroad. Funds received by the plant on government contracts can also go there. 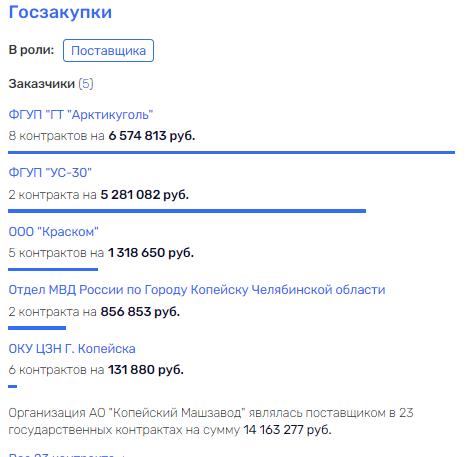 Offshore twists and turns of the Skurov family

It is known that Anatoly Skurov and his sons own a whole network of companies. One of the oldest is Geoinvest, which Anatoly Skurov owns and Konstantin Skurov manages. Andrei Skurov managed Perfluens LLC for a long time, which was registered for the offshore VIZLEY MANEGMENT INC.. 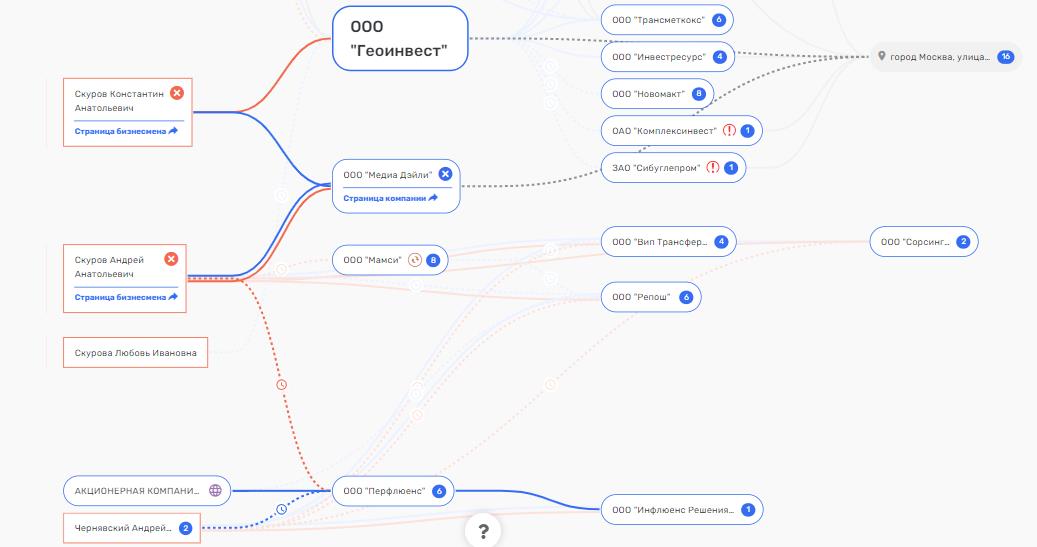 Among potentially affiliated firms, Mamsi LLC flashes that it is now undergoing bankruptcy due to debts. At the same time, the company is also registered offshore - "DARMONDO MANAGEMENT LIMITED." What explains such a love for foreign jurisdictions?

According to the authors of the telegram channel VChK-OGPU, allegedly the objects of elite real estate in this family - 39, precious plots in Zhukovka and Gorki - 18, and luxury cars - 26, half of which were copied by the youngest son Andrei.

These luxury purchases need to be done for something. The salaries of the chairman of the board of directors are unlikely to be enough, so the Skurovs could acquire a network of offshore companies in order to carefully "transfer" money from KMZ to Cyprus.

Love for everything foreign

Only in fact can machines be purchased from a foreign manufacturer - the Japanese-German company DMG Mori. On the website of the "Resource Federation" there is a picture in which an allegedly KMZ employee stands next to the production center of this corporation. 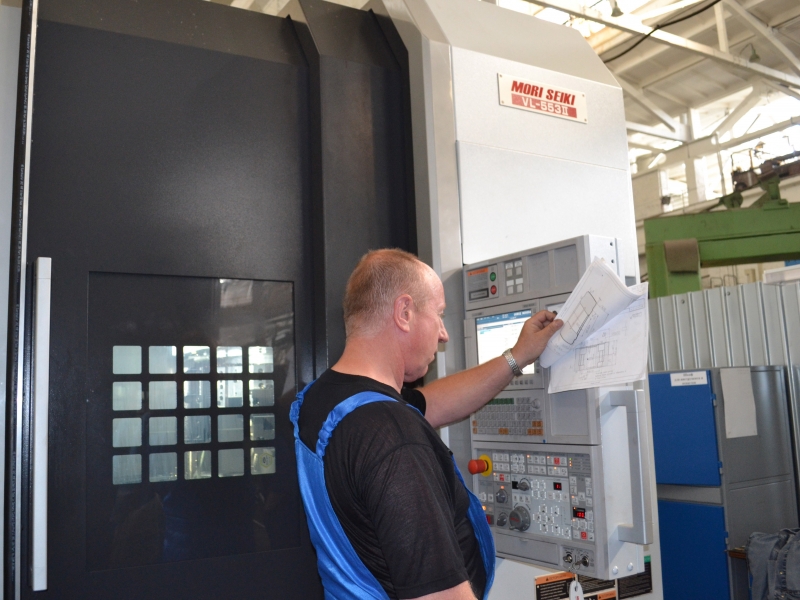 Maintenance of such a unit under the conditions of sanctions can cost two, or even three times as much as before them. So, maybe, instead of importing or importing equipment according to "gray schemes" from abroad, Anatoly Skurov decided to simply bankrupt the plant, pulling out everything possible from it to a comfortable old age and the life of his relatives?

Moreover, during the time that Mr. Skurov was "at the helm" of the company, he more than once got on the pages of the media in connection with not particularly pleasant events, a huge heap of which risks in the end "crushing" the merchant "with a massive volume of criminal cases.

What is the story when Skurov almost closed the only sports complex in the city of Kopeisk, owned by KMZ. Apparently, having decided to curtail this one, for him, in fact, a business and resell the land. But after people were confronted with the fact a week before the closure, they made a fuss, the media picked up the information, and now Skurov is already in the guise of a noble savior discussing the future of the complex with residents.

No less unpleasant situation happened in 2017 - with atmospheric air pollution, on which KMZ came across, when it turned out that they apparently decided to save money on treatment plants there?

To cut in one to add in the other is, apparently, Mr. Skurov's motto. It is a pity that the increase is not in favor of the state, but especially during the period of the SVO and sanctions by unfriendly states, when support is needed not so much by factories as by the state itself. But Skurov, apparently, prefers to take from the budget and carry it into his own "land."

No wonder. It is known that Skurov received most of his assets in the 90s, from where, it seems, he learned the methods of doing business. And many facts of his biography at that time raise questions. For example, during the "redistribution" of Sibuglemet's assets, one of Skurov's partners, Anatoly Smolyaninov, died in a helicopter plane crash. After his death, the assets partially went to Skurov and his other partners.

At the turn of the 20th and 21st centuries, Skurov and his Sibuglemet partner Valentin Bukhtoyarov wanted the assets of the MIKOM corporation. Spiteful critics claim that then Kuzbass entrepreneurs were allegedly thrown out of the list of shareholders, and fictitious CEOs were put in their place in the interests of Skurov and Bukhtoyarov.

Sibuglemet shareholders fought for a large affiliated asset - Mezhdurechye OJSC. The oligarch managed to sue Bukhtoyarov and oligarch Andrei Melnichenko 5.18% of the asset and get the right to corporate control. Later, a criminal case was opened against Melnichenko, Skurov and Bukhtoyarov. Partners were suspected of illegal coronavirus coal with damage to the state of 100 million rubles.

But the case soon subsided, no one, as they say, was injured. Except, perhaps, states.

And quite recently, in 2019, a license was suddenly taken from MVM, which produced mineral water at the Tersinskoye field, which was issued until 2038. This story traces the possible interests of Skurov, who mines coal next door to Tersinsky.

Knowing about the businessman's attitude to the environment, it is easy to guess that Skurov could need a license revocation from a close "colleague" in order to avoid complaints about the suddenly deteriorated water quality. What would entail checking and, possibly, finding unlicensed drains from Skurov's company.

Instead of an afterword

Ecology, the state budget, import substitution - all this probably seriously suffers from the actions of Mr. Skurov, while his offspring enjoy a "beautiful life." The security officials who take the merchant "into development" will probably have to rake offshore "silk and furs" for a long time.