Signs of "Kontur" in "Atlas" of Rostec

During several years of managing a strategic enterprise, Sergey Chemezov's employees managed not only to withdraw money from it, but also to trade computers.

According to investigators, Igor Shaikov and Andrey Krasnyukov bought a batch of computers at the Atlas Research Centre for 160 million rubles. But these machines did not meet the requirements of information security. There were signs of fraud in the deal.

Anticipating, it should be recalled that the troubles in JSC STC Atlas began to occur from the very moment when a well-known and respected office came under the protection of the Rostec state corporation. Head of Rostec Sergey Chemezov, began to fight for this office beginning in 2008, when Rostec was called Rostechnologies.

And as soon as Atlas fell into the calculating "paws" of Chemezov's employees, problems began, including within the STC Atlas itself. And another interesting touch: certain Pavel Shchetinin, the deputy of Igor Shaikov in the recent past, is among those accused of fraud. But Mr. Shchetinin somehow cleverly evaded the investigation, changed his passport. And flew to live in a comfortable European country.

How did all this become possible? The situation was investigated by a correspondent of The Moscow Post.

As clear as mud 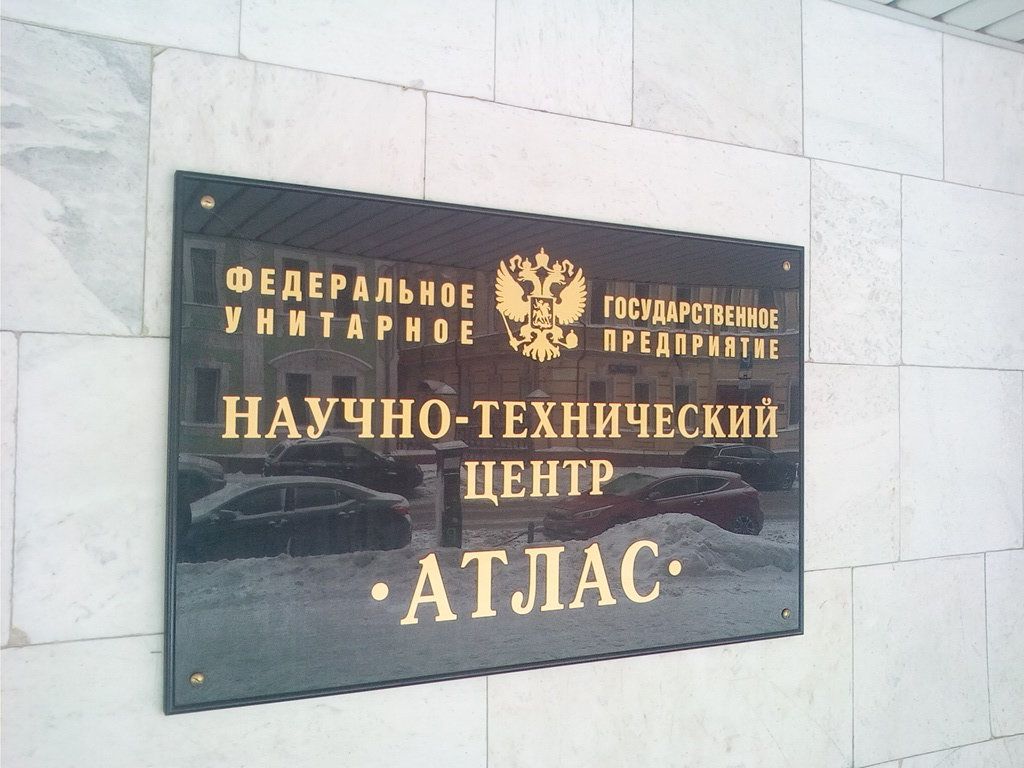 All three were charged with committing a crime under Part 3 of Article 285 of the Criminal Code of the Russian Federation (abuse of official authority).

According to investigators, the trio entered into a criminal conspiracy. And victory in the auction of STC Atlas: between the centre of the Federal Penitentiary Service and supplier STC Atlas signed a state contract to supply for the needs of the penal system in the amount of 1.5 thousand pieces.

But according to the results of the investigation, the contract was unprofitable for FPS. To determine the amount of damage, complex forensic examinations were appointed. 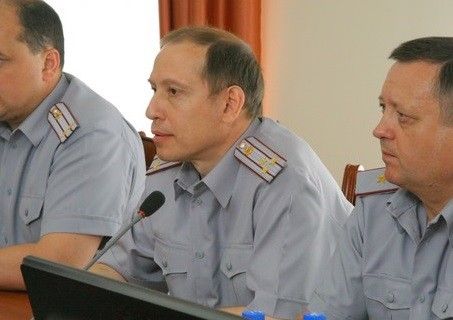 Krasnyukov and Shaikov were detained. And placed with a pre-trial detention centre. Pavel Shchetinin was quicker: he disappeared. And he was put on the federal wanted list. According to The Moscow Post, Mr. Shchetinin lives in France under a false name.

Extradition is better than exhumation

All these years, the investigation has worked hard. And, finally, the prosecutor in the Tushinsky District Court said that he considered the guilt of the defendants proven, since it is confirmed by the expert's conclusion about the non-compliance of the purchased computers with the requirements of the Federal Penitentiary Service. And the testimony of witnesses.

According to investigators, the Federal Penitentiary Service in the person of the Novosibirsk branch of Main Centre of Engineering and Technical Support and Communication of the Federal Penitentiary Service, which was headed by Igor Shaikov, concluded with the head of Novosibirsk branch of FSUE STC Atlas a contract on supply of 1.5 million computers at value of 160.358 million rubles.

These machines were supposed to arrive in Moscow, at the disposal of the central logistics base of the Federal Penitentiary Service, but before that, the STC Atlas had to examine the equipment for information security.

This requirement was to be met by so-called noise generators, which exclude reading information at a distance. Apparently, it was decided to save money on noise generators.

However, the lawyers of the arrested trouble-businessmen refuted the prosecution's claim that the defendants deliberately did not buy additional noise generators to the computers. 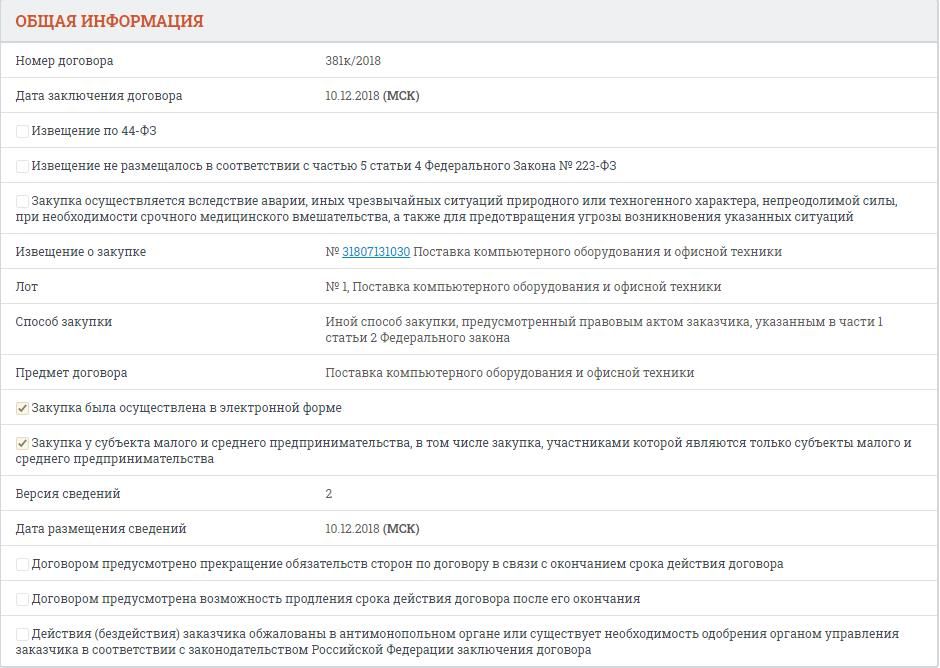 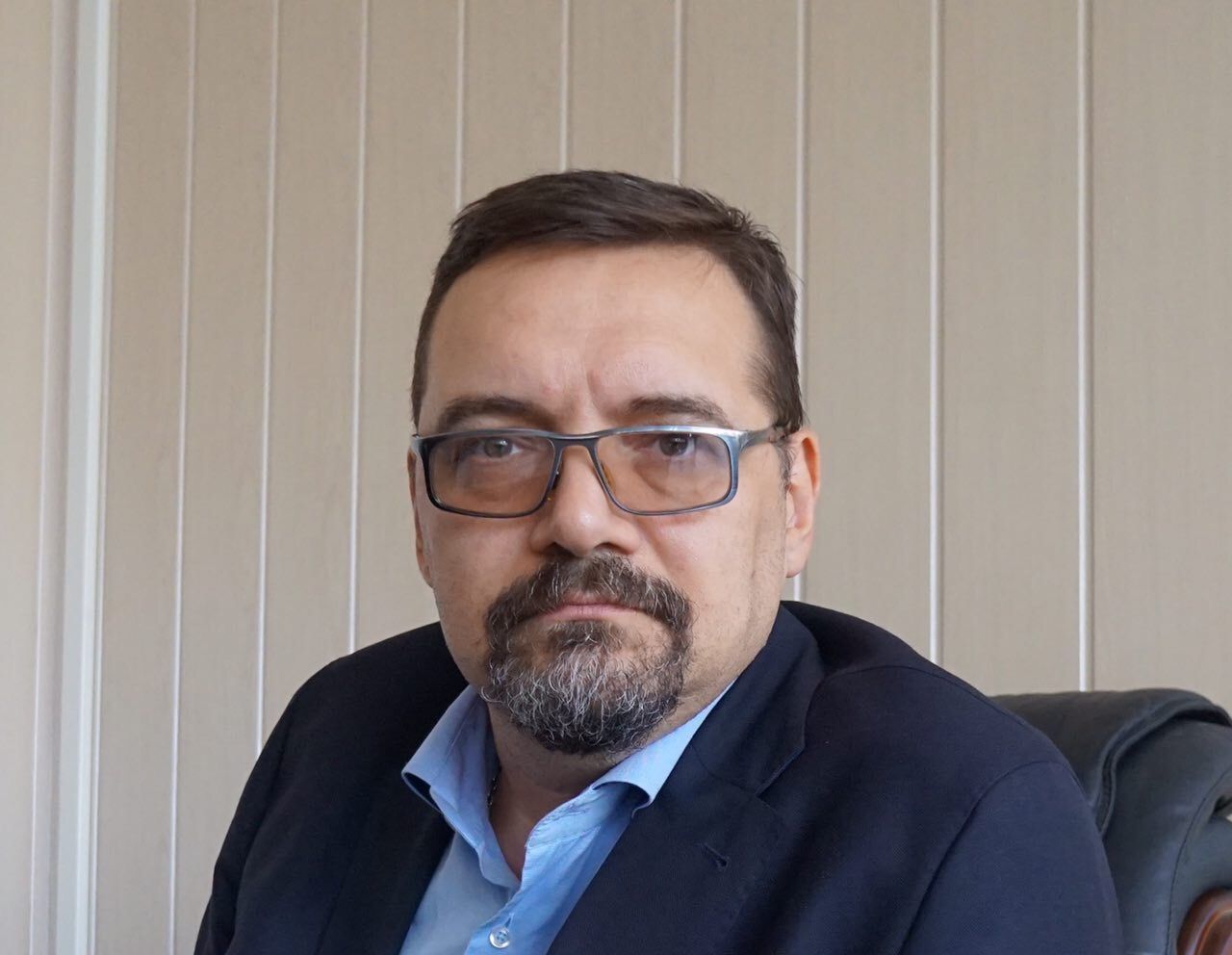 In the end, the Prosecutor proposed to plead Igor Shaikov and Andrey Krasnyukov guilty of abuse of office and sentenced respectively to 6 and 7 years in a general regime colony.

Igor Raskind was asked by the prosecutor to be plead guilty of a particularly large fraud: to appoint him 5 years in a general regime colony. 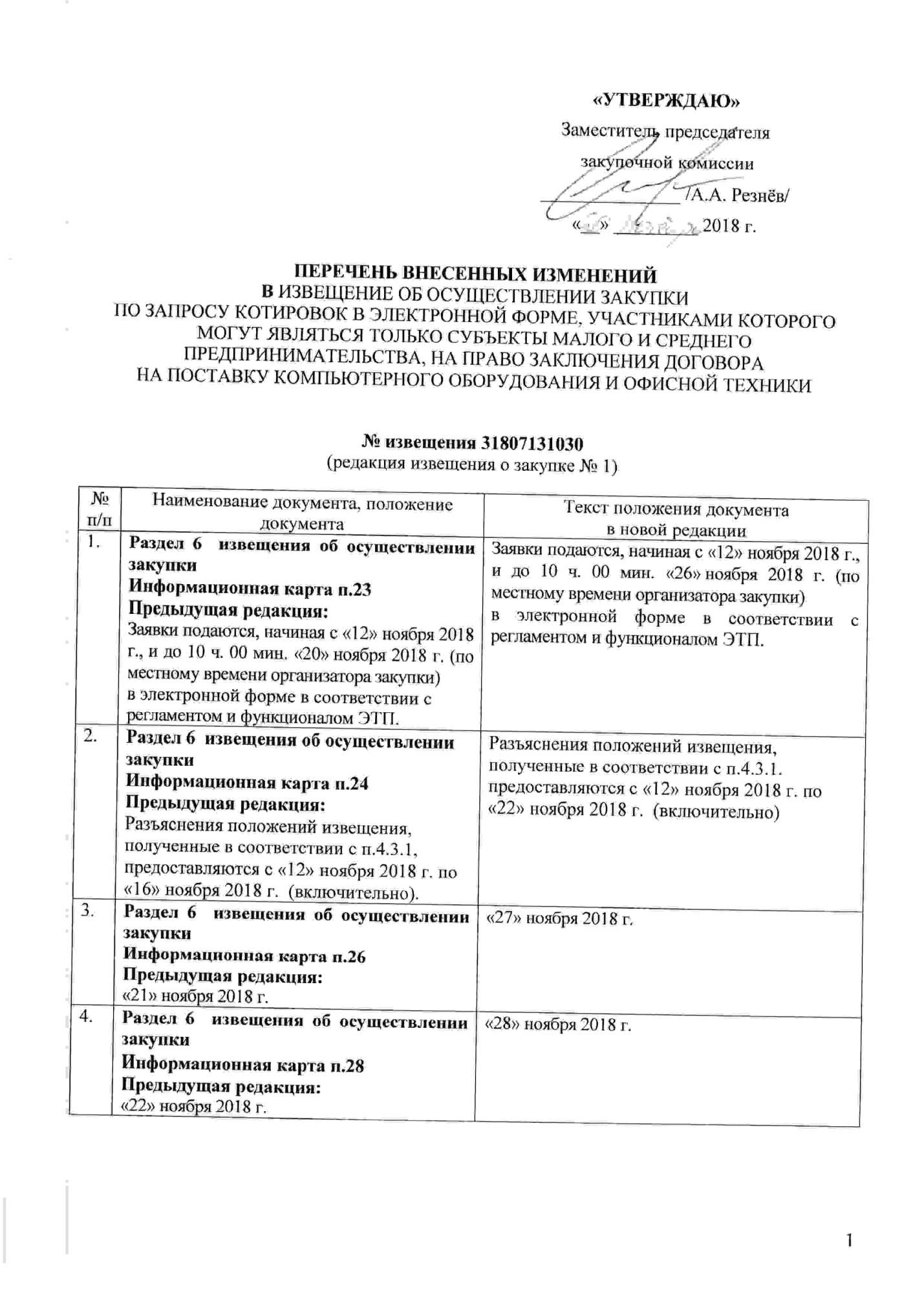 The investigation intends to bring Pavel Shchetinin to justice. As mentioned above, Shchetinin managed to appear in France. But in Paris, the issue of extradition of Shchetinin to the Russian Federation is already being considered.

But what did The Moscow Post find out? It turns out that Mr. Shchetinin was detained in France more than a year ago at the request of Russia. This, in particular, was reported by the press service of the Prosecutor General's Office of the Russian Federation. The Prosecutor General's Office also reported that in the near future it will send documents to the competent authorities of France for the extradition of Pavel Shchetinin. This was reported by Rossiyskaya Gazeta.

But one fact is really curious. It turns out that in mid-October 2018, employees of the own security department of Federal Penitentiary Service in Stavropol detained Pavel Shchetinin. And even took him for questioning to the Main Investigation Directorate of the Investigative Commitee of Russia in Moscow, to  investigator Denis Kondratenko. This, in particular, was written by RBC.

Though Mr. Shchetinin did not get to Moscow. He disappeared.

Who helped Mr. Shchetinin not only get a new passport, but also hide in France?

How many millions from the deal was Mr. Shchetinin allegedly able to take with him? And what is the role of the leadership of Rostec GC in all this dark story?

The struggle for STC Atlas

Let us recall how exactly STC Atlas ended up in the "kingdom" of Mr. Chemezov. The fight for Atlas - namely, Atlas at that time created the EGAIS system (Unified State Automated Information System) - turned out to be serious 12 years ago! 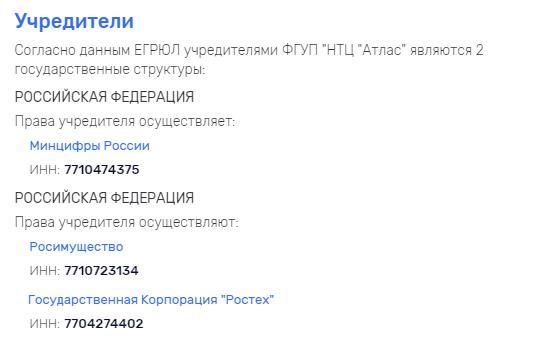 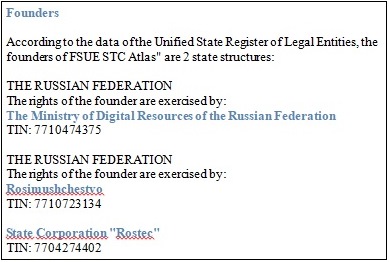 Moreover, it was an active state structures struggle. 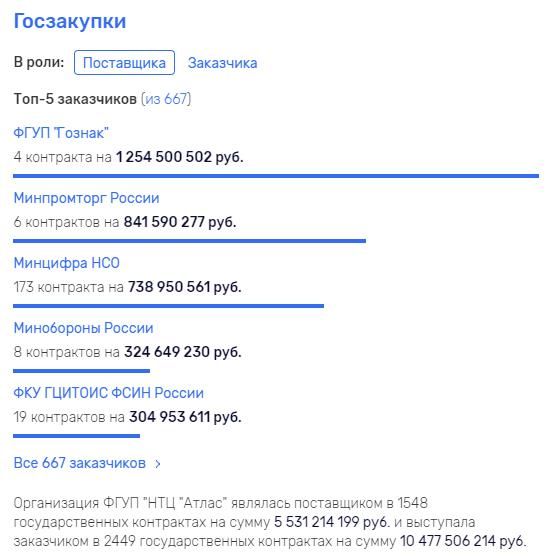 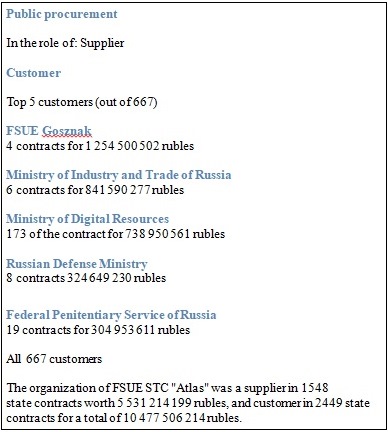 The tax service and the Rostechnologies state corporation (the future Rostec) claimed to be the creator of the EGAIS system. 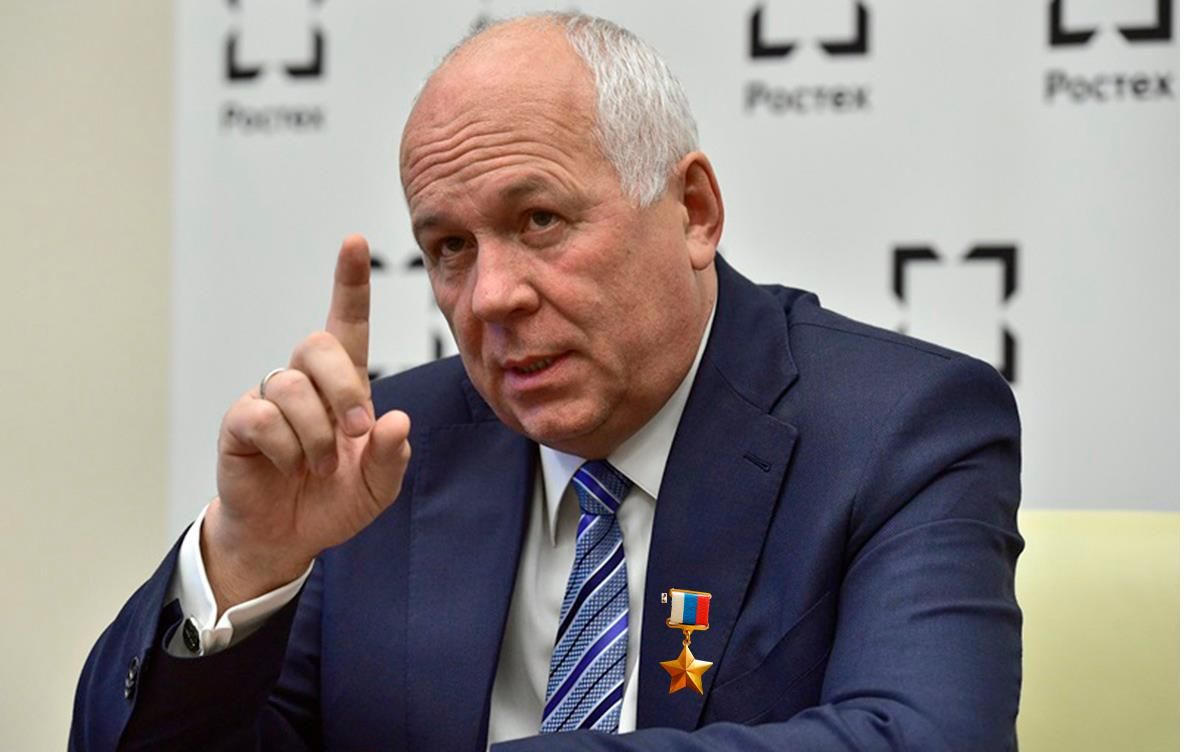 It turned out that Atlas was among the state assets, at the expense of which the head of Rostechnologies, Sergey Chemezov, proposed to form the authorized capital of his state corporation. It was written by Kommersant.

To do this, at the end of December 2008, Sergey Chemezov submitted to the Government of the Russian Federation a draft presidential decree on the formation of the property contribution of the Russian Federation when creating Rostechnologies. The draft decree, in particular, assumed the transformation of a number of Federal State Unitary Enterprises, including STC Atlas, into a Joint Stock Company with 100% state participation and the subsequent transfer of the entire package to the ownership of the state corporation.

The intrigue was that the main contender for the STC Atlas was… Tax Service.

Moreover, in those days, the Ministry of Industry and Energy prepared and agreed with the Ministry of Economic Development a draft order of the Government of the Russian Federation on the transfer of FSUE  STC Atlas under the protection of the Federal Tax Service.

Recall also that in 2004-2006, Atlas was under the jurisdiction of the FSS. Later it was transferred to Rosprom. In mid-2007, through the efforts of the Federal Tax Service, Atlas, which had been working for 2 years on the development and implementation of the EGAIS, was unexpectedly removed from the completion of the system. This was reported by Kommersant. 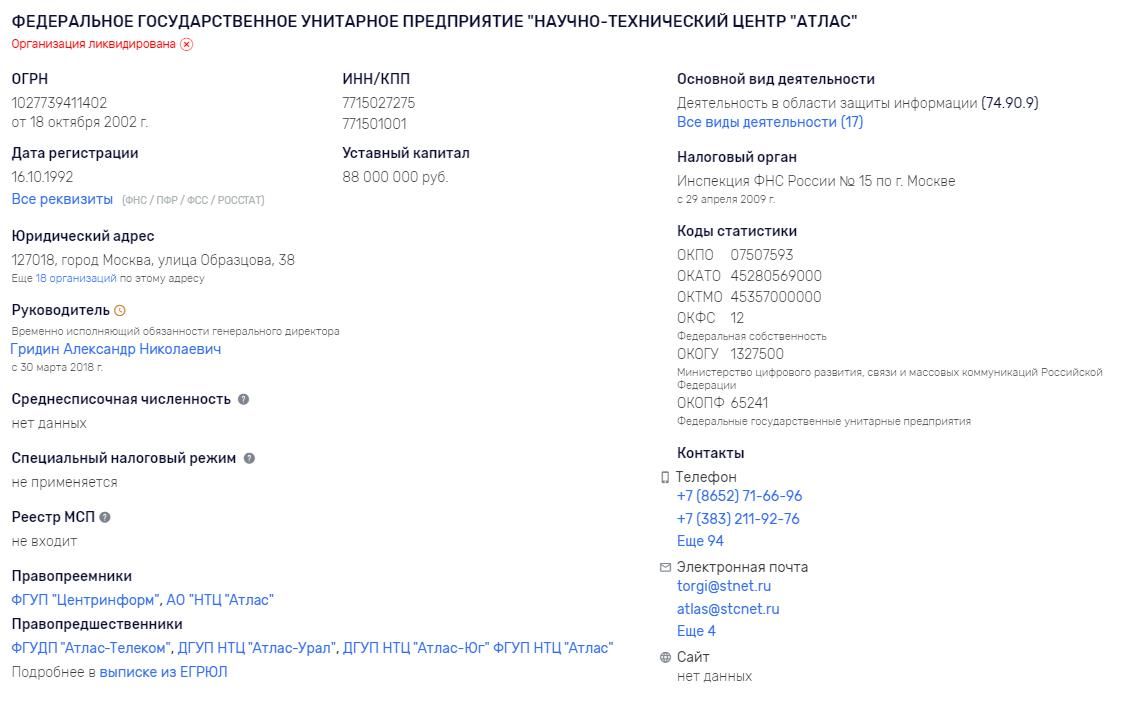 On August 29, 2007, the results of the tender for the "modernization of EGAIS" were announced, in which the division of the Tax Service - Main Scientific Innovation and Implementation Centre of the Federal Tax Service won.

In March 2008 STC Atlas was transferred to the Ministry of Communications (in September 2020, renamed the Ministry of Digital Resources) in compliance with the order of the Government of the Russian Federation.

In accordance with the document, the company must have 100% of its shares in federal ownership, and the stake itself is transferred as a property contribution of Russia to Rostec Group for subsequent contribution to the authorized capital of JSC Avtomatika Concern – in order to pay for additional stocks placed by the concern in connection with an increase in its authorized capital.

In April 2018, STC Atlas lost its status as a subordinate structure of the Ministry of Communications. Rostec reported on the transfer of the STC to the Concern Avtomatika under management control.

The procedure was issued in the form of a trilateral agreement between Rostec GC, STC Atlas and the Concern Avtomatika.

There was money, there is money, but now there is no money

Recall that STC Atlas is a specialized enterprise for performing work in the field of information security in the interests of federal authorities of the Russian Federation, law enforcement agencies and other customers.

By the way, it was STC Atlas that developed the Tor software and hardware complex, which is designed to detect network computer attacks on information system components, as well as to monitor compliance with the internal network security policy. 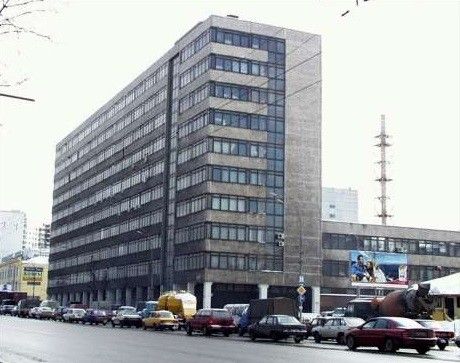 STC Atlas was established in 1951

In 2010, the company was included in the list of strategic enterprises and Joint Stock Companies. And in 2018, Atlas - as noted above - was transferred to the management of JSC Concern Avtomatika by the decision of the management of Rostec GC.

And it is the last 2 years that the Moscow branch of the STC Atlas has been shaking and feverish.

The STC seems to have no problems with finances, but many employees have salaries of 5 thousand - 12 thousand rubles. Trade unionists are being persecuted. And the social funds of the enterprise suddenly became shallow. This, in particular, is written by Solidarnost.

And all this strangely coincided with the entry of the STC Atlas into the structures of the department of General Chemezov.

And for more than 2 years in the STC Atlas there is a conflict between the management and the trade union. But it used to be a successful, socially oriented enterprise. And most of the workers - namely, 560 people-were in a trade union. The company has branches in Penza and Novosibirsk. A total of 270 people work there. The number of STC Atlas was almost 900 people including branches. But union membership has already fallen to 47%.

Most of all, the employer has recently begun to resent because of the increase in deductions for cultural work. And collective bargaining began to be broken down.

The trade union committee appealed to the Prosecutor's Office. The Ostankino Interdistrict Prosecutor's Office issued a warning to the management, in which it was reported that the authorized body is absent, collective bargaining without an authorized representative from the employees of the STC Atlas will lead to violation of the rights of employees, and the collective agreement concluded as a result of such negotiations will be illegitimate. Solidarnost also writes about this.

As a result of the consideration of the appeal, the General Director of the STC Atlas was warned about the inadmissibility of violating the law.

It turns out, that the company now significantly skimps on employees. And how can a person live on a salary of 5-12 thousand rubles?

But earlier, as they say, before the arrival of Rostec, this was not the case!

Rosimushchestvo was declared the founder. The authorized capital of the company is 1.13 billion rubles. The holder of the register of shareholders of the organization was JSC RT-Registrator, which is under the control of the Rostec state corporation.

It turns out that this is a "chicken" laying "golden eggs"? But how many of these "golden eggs" go to the side, as was the case with the contract for computers between the branch of the STC Atlas in Novosibirsk and the division of the Federal Penitentiary Service? And why has Mr. Chemezov so persistently, for many years, been trying to take over this Scientific and Technical Centre?

However, this answer is obvious...