Shishkarev will go to the North

The main owner of Transcontainer did not leave the dream of expansion in the container transportation market after Western sanctions, but now his "wishlist" will need state help. Will Sergey Kiriyenko help with this?

The owner of the largest container operator in Russia, Transcontainer, a key beneficiary of the Delo group of companies, Sergei Shishkarev, proposed creating a second "trade artery" in the Eastern Hemisphere. According to the businessman, she will go from Southeast Asia through India and Iran to Russia, Central Asia, Turkey and Europe.

The Moscow Post correspondent understood what is behind this idea, and what motives Shishkarev may have.

Shishkarev was so "bloated" that he wrote a whole article for RBC, where he justified the need for such a path. Needless to say, it would hardly have "passed" in one of the most authoritative publications in the country if the idea itself had not been previously "tested" with someone from the powerful.

In general, the arguments are reasonable, the background is understandable. Due to unprecedented sanctions against the Russian Federation, almost all container transportation with Western countries has stood up. I.e. that notorious West-East line.

Earlier, Delo Group of Companies Shishkareva planned to occupy 50% in the markets for railway operation in the container segment and transshipment of containers in seaports - this was prescribed in its strategy.

However, many western ports are now closed. Meanwhile, Delo Group of Companies is not the company of Mr. Shishkarev alone. He owns only 70% of the Criminal Code structure. Another 30% is for Atomenergoprom, which is part of the Rosatom State Corporation circuit. It is believed that its former head, and now deputy head of the Presidential Administration Sergey Kiriyenko, has influence on it. 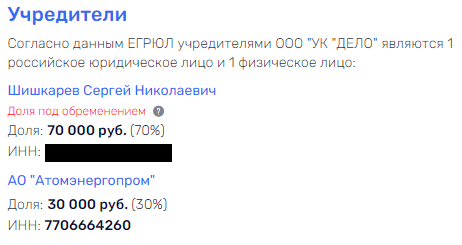 Consequently, Sergei Shishkarev is called almost a "junior partner" Kiriyenko (although there is no formal business behind the official), and even more are trying to present him as a "wallet." The strategy for the occupation of the market was clearly made up not without the hand of Sergei Vladilenovich. With the start of a special military operation and the economic aggression of the West, it will have to be revised.

And here is an important point. Shishkarev bought Transcontainer clearly for a different situation on the market. Under the current conditions, it will not be easy to "recapture" investments. This means that the help of the state is needed. For Shishkarev, the difficulty is also that all 70% of his shares are pledged by Sberbank. 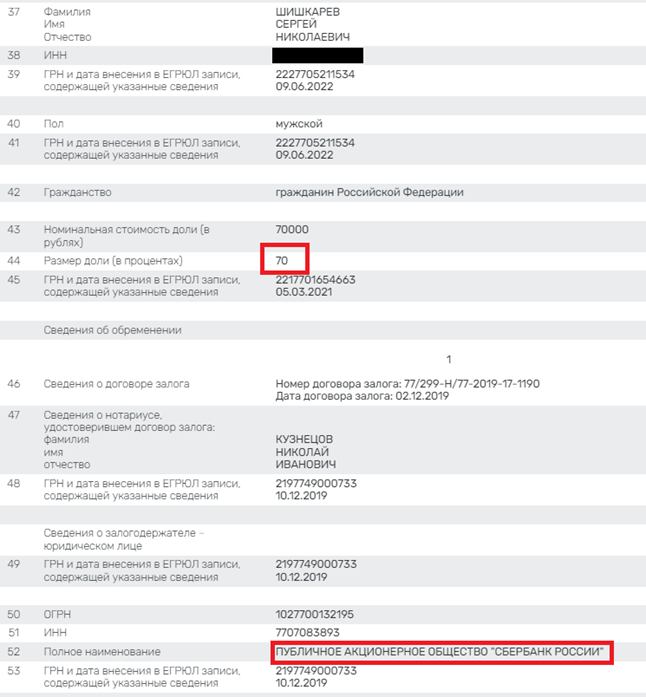 It is possible to assume that the structure can belong to Shishkarev only nominally. And changes in general can leave him behind a board of this business.

Development of container transportations across the North-South line will demand serious investments at the level of the state. Apparently, Shishkarev also tries to lobby it to save the business. Or it is lobbied by Sergei Kiriyenko?

By the way, to Shishkarev not the first time to ask the help of the state. In May, 2020 he asked from Vladimir Putin to subsidize transit container transportations.

As a result near Shishkarev could appear to a half of private container transportations of the country, but didn't leave. But there is still a development of the Arctic in which in the most active way Rosatom participates. A separate subject - development of the Northern Sea Route (NSR) which needs also to land infrastructure. The total cost of the project on development of SMP - 735 billion rubles (for 2019). The head of Rosatom and one of old colleagues Kiriyenko Aleksei Likhachev said about it.

The picture develops if to remember that mister Shishkarev is a part of Russian Government Marine Board and also is a member of the State commission on issues of development of the Arctic. Shishkarev since June, 2015 is the board member of JSC United Shipbuilding Corporation (JSC OSK).

But how he in general received business and such prospects?

If to consider Sergei Shishkarev as possible "purse" of Sergei Kiriyenko and lobbyist of projects of Rosatom, then the choice quite good. The business, Delo Group, Shishkarev based in 1993, in dashing the 90th. After he even three times I became the deputy of the State Duma (till 2011), and since 2000 is a member of expert and consulting council at the chairman of Audit Chamber of the Russian Federation.

In the State Duma of the fourth convocation Shishkarev as it is simple to guess, consisted in committee on transport. Together with him also Victor Opekunov who will become the adviser to the CEO of Rosatom and the president of Soyuzatomstroy Association later worked in the same place.

Shishkarev skillfully converted the political weight and influence into progress in other fields. And resonant purchase of the TransContainer company in fight for which the interests of the oligarch Roman Abramovich and one of the largest Russian state banks met became one of key.

The transaction on purchase of TransContainer was closed in 2019 and cost to mister Shishkarev in 60 billion rubles. At the auction he bypassed Yenisei Capital of Roman Abramovich and one of the largest Russian state banks.

However still then the assumptions sounded that the asset was just "taken away" at Abramovich's nose and transferred Shishkareva. Allegedly, under Sergei Kiriyenko's "umbrella" and Sberbank ("Put" the contract of pledge for the businessman's shares in UK just of 2019).

At the same time, in 2003 Shishkarev together with colleagues from the State Duma founded football club for parliamentarians where Alexander Zhukov - the President of the Russian Olympic Committee was subsequently his team mate.

In 2004 Zhukov was elected the chairman of the board of directors of the Russian Railway where he worked till 2011. He, Zhukov, on that post considered the concept of creation of TransContainer which then sold Delo Group of Shishkarev.

According to authors of the website Metla, allegedly communications with the Russian Railway old and at least family. Among places in which he lived at different times allegedly appear the apartment to the address Milyutinsky Lane, 11, and the apartment in the house on Novgorodskaya Street. Together with him Elena Shishkareva is registered there. Her alleged father, Alexander Shatov, worked in the Russian Railway.

According to authors of website Mzk1, allegedly by means of the father-in-law Shishkarev came into contacts with the deputy minister of means of communication Ivan Besedin whose son could be Shishkarev's business partner and also the minister Nikolay Aksyonenko whose interests then as if I lobbied in the State Duma.

It is no wonder that almost right after purchase of TransContainer Sergei Shishkarev declared multilateral deepening of cooperation with the Russian Railway.

At the same time, in general the decent biography of Shishkarev there are also dark spots. According to authors of website Mzk1, allegedly in 2002 it could be involved in raider occupation of the real estate of CJSC Objedineniye progress which was engaged in construction of housing, including for government institutions (Presidential Property Management Department of the Russian Federation). As a result the firm as if was re-registered in Novorossiysk controlled by Shishkarev where it was "safely" made bankrupt - though it doesn't have proofs. 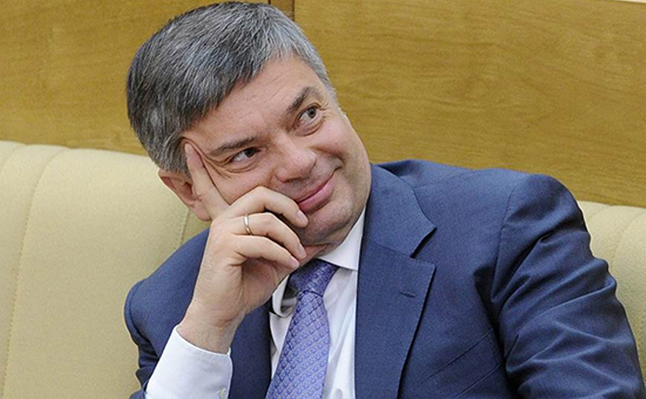 Sergei Shishkarev is called one of the brightest "privatizers" of modern Russia. And it would hardly have been possible without the help of influential officials, and we can talk not only about Sergei Kiriyenko.

The proposal to direct efforts to the development of container transportation along the North-South line has rational grains. Its financing could amount to tens of billions of rubles. And it seems that Shishkarev, or those who are behind him, will not miss such a chance to plunge into the budget river.