According to the correspondent of The Moscow Post, SIBUR, controlled by Leonid Mikhelson, and TAIF will close a deal in the coming days that will allow the combined company to enter the top five world petrochemical leaders. The theory is spreading that the rush to unite is associated with the potential opportunity to conduct an IPO of the new company against the background of peak prices for oil and gas chemistry products. In fact, the Shaimiev family, which controls TAIF, may want to quickly get rid of the asset in order to remove political risks.

The other day, SIBUR and TAIF 24 unexpectedly announced the conclusion of an agreement on the final conditions of their association. It is planned to close the transaction, as a result of which SIBUR will receive 100% of the manufacturer, within a few days - although it was originally assumed that this process will take place in two stages and will take several years.

In SIBUR itself, this decision was associated with accelerating the implementation of investment projects, obtaining a more transparent structure, as well as issues of raw materials and synergy. The market believes that the rush may be due to SIBUR's intention to conduct an IPO, which the company has been thinking about for several years, taking advantage of the current extremely favorable situation on the market. The fact is that base polymers in the first half of the year showed record growth: by August, plastics in the world and Russia on average rose by 50-70% compared to last year's level.

But initially it was in the context of the polymer market that they saw the original reason for the sale of TAIF. As Business Online wrote in April this year, the situation on the polymer market is such that a few years later TAIF could simply rumble, like the once prosperous Tatfondbank. And this would cause severe damage to the Tatarstan economy.

You can, of course, serve this whole situation under the sauce "saving the republic," but we are still talking about business, so it is strange to talk about "exploits." It should be assumed that all this in the first place should be beneficial to the beneficiaries of TAIF themselves - the family of the first president of the republic, Mintimer Shaimiev.

Ayrat Shaimiev's fortune is estimated at $1.4 billion, he and Radik Shaimiev each own a 19.5% stake in the TAIF group. Consequently, the total estimate of the group is $7.18 billion. SIBUR for the transaction was valued at $20 billion, so that the combined company will cost 27 billion, and the package of 15% in it, which will be withdrawn by Shaimiev, will be $4 billion.

(Not) in the interests of Tatarstan?

However, this threatens with unpleasant consequences. Earlier, The Moscow Post said that the merger of the Tatarstan TAIF with Leonid Mikhelson's SIBUR will lead to a large-scale redistribution of the republican economy. After all, the association will create a real giant in the market, which will take over 70% of Russia's petrochemistry - in fact, it will be able to dictate its conditions.

At the same time, part of TAIF's shares was to remain with the republican government until recently. Such a conclusion can be made based on the results of changes in the Unified State Register of Legal Entities: on June 3, 2021, the Tatarstan State Property Management Committee, as well as a number of other owners, in particular, the Kazan foreign trade association, left the TAIF co-founders.

Now all this will fall into private hands - that is, the Bashneft scenario, which was criticized in Tatarstan, will repeat. "It was not necessary to let Bashneft go," said RT head Rustam Minnikhanov directly in 2016. Recall that back in 2002, Bashneft, as well as a number of petrochemical enterprises, were transferred to Bashkir Capital of Ural Rakhimov, the son of Murtaza Rakhimov, who then served as president of Bashkortostan. In 2009, the enterprises of the Bashkir fuel and energy complex for $2.5 billion were bought by AFK Sistema Vladimir Yevtushenkov.

What is risky for the republic the final transition of TAIF into private hands? Simply put, RT is fully forgiven with the remnants of economic independence. Where and to what extent pay income tax, invest or not invest in Tatarstan - now this will not be decided in Kazan.

Is the situation "burning"?

At the end of the zero, Shaimiev's intervention avoided the takeover of Kazanorgsintez by Sberbank and Gazprom for debts. But now he no longer has such influence in the republic. There is an opinion that because of this, law enforcement and supervisory authorities paid closer attention to the asset. 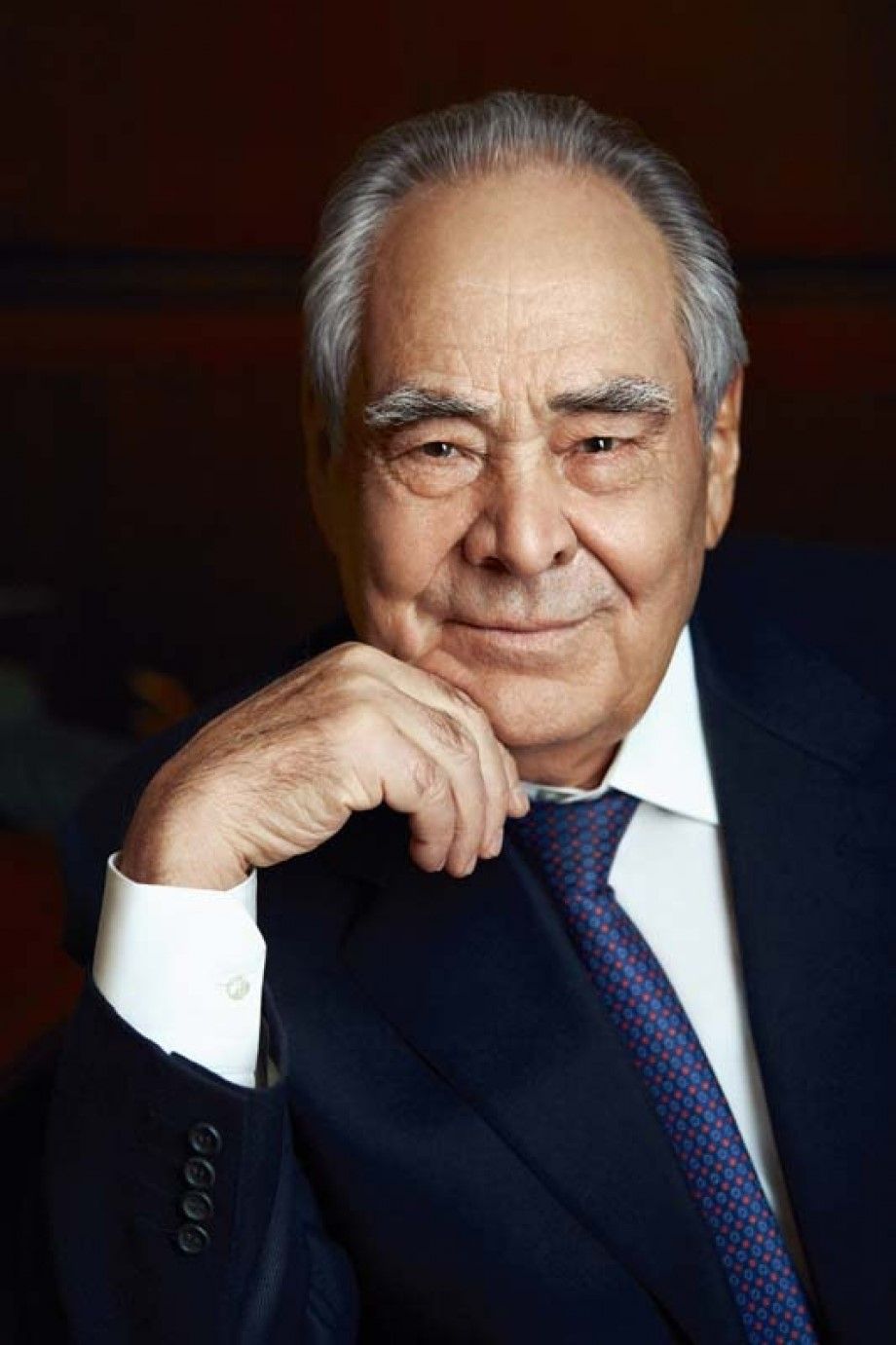 The "toxicity" of TAIF is also added to the company's ties with the collapsed Tatfondbank, whose leader Robert Musin was yesterday sentenced to 12 years in prison for abuse of authority, which led to damage of 23 billion rubles. The thing is. that in 2016, PJSC Kazanorgsintez, a member of the TAIF group, placed a subordinated deposit of 4 billion rubles in the bank. As a result, the bank's capital was increased by more than 17%.

But later it turned out that on the day of signing the subordinated deposit agreement, Tatfondbank issued a loan for the same 4 billion rubles to another TAIF structure - PJSC Nizhnekamskneftekhim. After that, there was talk. that in this way Musin's bank tried to save from collapse, without losing live money.

Now the situation in TAIF is literally "burning" - fires happen at the group's enterprises and people suffer.

In particular, on March 3, 2014, a fire occurred at the catalytic cracker (produces components for commercial gasoline) of TAIF-NK. This happened due to the poorly assembled one of the plant valves, a gas oil leak occurred with its subsequent ignition. As a result of the accident, the company stopped production, Kommersant wrote.

In November 2016, a fire occurred again at TAIF-NK, in which five people were already injured: three received burns, two - injuries. A criminal case was instituted on the fact of the incident.

In 2018, several workers received burns at the same TAIF-NK, and one of them - a locksmith - was seriously injured. As a result, a criminal case was instituted on the fact of violation of labor protection requirements, which entailed, by negligence, causing grievous bodily harm to the employee, follows from the website of the Nizhnekamsk prosecutor's office.

The company also attracted the attention of antitrust investors - only in 2020 TATNEFT and TAIF-NK got rid of OFAS claims that arose due to a sharp increase in wholesale prices for diesel fuel. The jump was so strong that the Russian Fuel Union (RTS), which unites traders and owners of independent gas stations, was forced to complain to Vladimir Putin. After that, the company was found to be a violator of the "Law on the Protection of Competition" in connection with the establishment and maintenance of prices. OFAS issued them warnings, Kommersant reported. However, later the Tatarstan Arbitration Court declared the FAS warning illegal.

And in this matter, experts helped the company a lot, who indicated that the dominant position should be considered for all subjects of Russia where the company is represented, and not for Tatarstan separately. After all, TATNEFT occupied only 3.8% of the market in the country. But in the republic she was an actual monopolist.

And although the position of the company was never recognized as dominant in the market, it is no secret to anyone what importance they play in the republic. But, it seems, they will no longer be soon - at least because the assets are completely transferred to private hands, and the new owner is likely to register a new company not in Tatarstan, depriving the subject of a significant part of the income. But for the Shaimiev, on the contrary, this can be a real salvation arranged by Mr. Michelson.