Businesswoman Mirimskaya can be accused not only of giving a bribe. In the history of the entrepreneur, stories of murders pop up, as well as rumors about the financing of organizations banned in the Russian Federation.

Entrepreneur Olga Mirimskaya, who almost all her career surprisingly avoided criminal problems, was detained. Is the flywheel running?

According to the correspondent of The Moscow Post, law enforcement agencies detained the ex-owner of Russian Product and BKF Bank Olga Mirimskaya. Also detained is investigator Yuri Nosov, who led in 2017 the case in which Mirimskaya acted as a victim. The security forces suspect him of falsifying the case file, which he committed for monetary gratitude from the entrepreneur. Mirimskaya has the fame of a businesswoman who does not disdain tough methods of combating objectionable ones. It is possible that her detention will reveal many other episodes for which Mirimskaya will have to appear in court. And gossip workers attribute a lot to her - the withdrawal of funds from the BKF, bribery, and even the financing of organizations prohibited in the Russian Federation. Would any of this be true?

RBC reports that the criminal case was initiated at the request of the lawyer Vadim Bagaturia, representing the interests of the former partner of Mirimskaya Nikolai Smirnov, one of the leaders of the Golden Crown payment system (brand KoronaPay), with whom the ex-wife is suing "for separation from her daughter."

According to the case file, investigator Yuri Nosov from 2015 to 2018 committed a number of consecutive actions that clearly go beyond his official powers, expressed in falsification of the materials of criminal case No. 90764. For peculiar "services," Nosov could receive gifts from Mirimskaya through an intermediary - foreign cars Mitsubishi Outlander and Honda CRV.

In the case, which, according to investigators, was falsified and investigated against Nikolai Smirnov, it was said that he allegedly abducted his child from Mirimskaya.

At the end of 2017, a criminal case was opened against her herself. As RBC wrote, she was suspected of violating the secrecy of telephone conversations of her former roommate Smirnov's lawyers. On October 30 of the same year, Mirimskaya filed a lawsuit in the district court of the Northern District of the US state of Illinois against the family of Nikolai Smirnov. In it, Mirimskaya substantiated the need to recover 15 million rubles in her favor as compensation for non-pecuniary damage for "separation from her daughter."

This story is indeed detective and is not limited to one confrontation between Mirimskaya and Smirnov. The fact is that the daughter of Mirimskaya appeared thanks to surrogacy. According to the Moment of Truth, the tragic fate befell the doctor who did this for Olga Mirimskaya. According to rumors, he was found dead in his office just after the story of surrogacy resulted in a public field and overgrown with ugly details.

Recall that a certain Svetlana Bezpyachty allegedly carried a child for a banker, but did not want to give it, and then completely left with a baby and husband in Cyprus. Mirimskaya entered the battle for the child - even the Russian instance admitted that he was in fact her. However, the Cypriot side did not agree with it, which revealed that the contract for the provision of surrogacy services was fictitious. In the end, a court in Cyprus issued an arrest warrant for Mirimskaya, RBC reported. 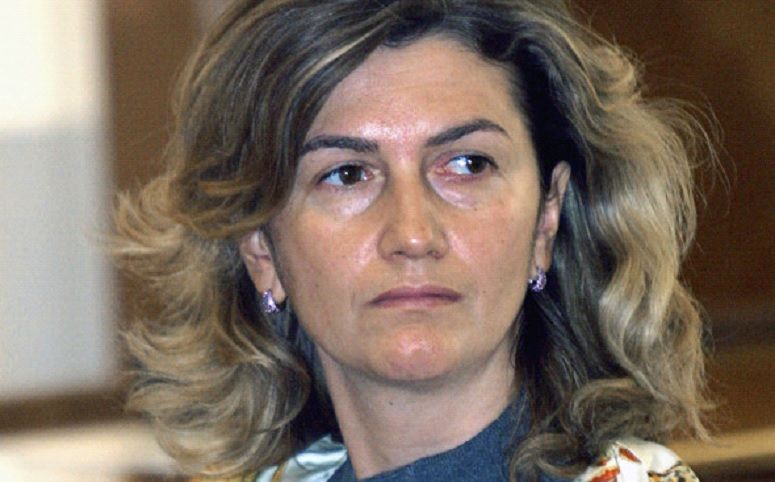 In the year 2017 mentioned earlier, when Mirimskaya began to "fight" Smirnov, SK officers, with the support of special forces of the Russian Guard, searched Mirimskaya, Kommersant wrote. Then the security forces searched the central office of the BKF bank, which is located on Krasnaya Presnya, as well as the house of Mirimskaya and her assistant on Rublevskoye Shosse. A RBC source in the TFR then said that the search was carried out in the framework of another criminal case, which was initiated under Art. 291 of the Criminal Code of Russia (giving a bribe).

It was also reported that information was checked about Mirimskaya's involvement in financing extremist activities. According to the publication, the inspection materials spoke of Mirimskaya's gratitude from Ukrainian nationalists, the text of which was posted on the website of the Right Sector organization (banned in Russia), as well as about the discovered Kalashnikov assault rifle. True, the lawyers of the business lady said that the machine is not real, but the document was planted by enemies. But in the Ukrainian media they even wrote that Mirimskaya was awarded the medal "For gidnost that patriotism," which is awarded to volunteers and patriots of Ukraine for civil courage and activity from the nationalist bloc "Order and Wealth," Kommersant reported.

And then it is right to recall the frightening story with Igor Meckler, who owed the BKF more than 1.5 billion rubles. The businessman was shot in 2017, wrote MK. As they say, if you went against Mirimskaya - do not stop from sumy and from prison? Evil languages ​ ​ immediately suspected that the militants of the Right Sector (an organization banned in the Russian Federation) could deal with him. Could Olga Mirimskaya resort to such methods?

Is each other's ex standing?

What to say, Ms. Mirimskaya appears directly as a man of "difficult fate." But she herself was her blacksmith - from the very beginning of her active activity she was persecuted by various scandals. The Yar peculiar "start" happened when it was combined by the bonds of marriage with Alexei Golubovich, who received money in the scandalous Yukos. When the high-profile criminal case related to the withdrawal of the company's money abroad thundered, Golubovich also went on the case, gave some testimony, but in 2003 the name of Olga Mirimskaya's wife disappeared from the case file: they said that the freedom of the former top manager was simply traded by an unspoken agreement. The Moscow Post used to tell this story in detail.

And after the famous events, Mirimskaya and Golubovich quarreled. The property was divided, but the joint asset - BKF Bank - was more difficult to divide. That's how they keep doing it together.

The situation in the credit institution is turbulent, scandals are rattling there. One of the latter happened about a year ago - then the court restored the obligations of BKF Bank on a subordinated loan taken more than ten years ago from Cyprus Netcore Solutions for $11.15 million. At the same time, one of the bank's shareholders, Alexei Golubovich, may be behind a foreign company. What interesting connections emerge!

The loan payment deadline expired last year. The structures of Mrs. Mirimskaya, through which she owns the BKF, challenged in court the very fact of issuing funds. In the summer, they were supported by the court of first instance, but now the situation has changed. The credit institution is not going to pay the loan, appealing to some "investigative actions" against Golubovich in relation to the withdrawal of funds from the BKF. However, the businessman himself assures that he does not know anything about this.

And he does not seem to remain with his "ex" in debt. As Kommersant wrote, there were complaints that it was allegedly withdrawing assets from a credit institution, which could lead to the rapid bankruptcy of the bank, Kommersant wrote. But this information does not seem to have been confirmed - at least, the license was not taken away from the bank.

But if we assume that the withdrawal of funds was nevertheless carried out, then this could be involved... Golubovich himself! Say, using a loan agreement with Netcore Solutions, he could carry out atrocities. Allegedly as much as $7 million.

Nevertheless, its financial performance continues to raise many questions. Over the past month alone, 1 billion rubles have "dissolved" from it. Mirimskaya at the last moment managed to "hide"?

Is it not time for the Central Bank to come with a check? But the last comprehensive audit of the BKF ended in a criminal case: Alexei Yurgelevich and his father Igor Yurgelevich, chief economist of banking supervision of the BR State University in the Central Federal District, were detained by law enforcement officers for attempting to extort 125 thousand euros from the leadership of a credit institution, Kommersant reported. Extortionists wanted to receive funds in exchange for a positive assessment of the bank's activities. Could such a service really be required by Mirimskaya and Golubovich?

Meanwhile, as The Moscow Post told the law enforcement agency, who wished that his name was not named, he was still preparing to present episodes that Mirimskaya could present. In particular, financing of organizations prohibited in the Russian Federation.

In scandals, the second major asset of Mirimskaya, the Russian Product, turns out to be both. In 2017, there was information that the entrepreneur rewrites the assets of her food company to colleagues and friends.

In particular, The Moscow Post wrote that one of the most famous brands of Russian Product - Moscow Potato - came under the control of Alexei Pashkin, a former member of the board of directors of Russian Product, who is considered to be Olga Mirimskaya's closest and loyal associate.

It is possible that it was necessary to rewrite the business with loyal friends in order to retain assets in the event of further legal and criminal proceedings. What to say, in the light of recent events, the course was true.

As you can see, the life of Mirimskaya is a complete series. The entrepreneur seemed to always walk on the blade of a knife, but in an amazing way she never seriously even "scratched." That is why her current detention seems such a landmark event - everything, fortune turned away from her? And it is possible. that now it will be "promoted" in a full way.