Many may have questions about the origin of the pipes produced by Denis Safin's Zagorsk Pipe Plant despite "bravura reports on the shipment of 26 tons of products in October.

It seems that the businessman is striving for the complete monopolization of the large-diameter pipe market, will he only "deal" with their ZTZ with a bunch of problems on the tail?

And the enterprise is going to this goal, not counting on anything. So recently the plant reported on the shipment in October of 26 tons of large diameter pipes.

Meanwhile, according to sources from The Moscow Post, the struggle between leading players is intensifying in the large-diameter pipe market. The desire to "burn" orders under the gasification program is attributed to the "Zagorsk Pipe Plant" (ZTZ) and its key beneficiary - Denis Safin, and his partner lawyer Nikolai Egorov.

For all the time, ZTZ has recruited state orders from Gazprom for 12 billion rubles, "pushing" many large companies. Now, in order to "reason" with ZTZ, the market is uniting around the initiative of the "Pipe Industry Development Fund" to create a single operator for organizing tenders for the supply of pipes for Gazprom. 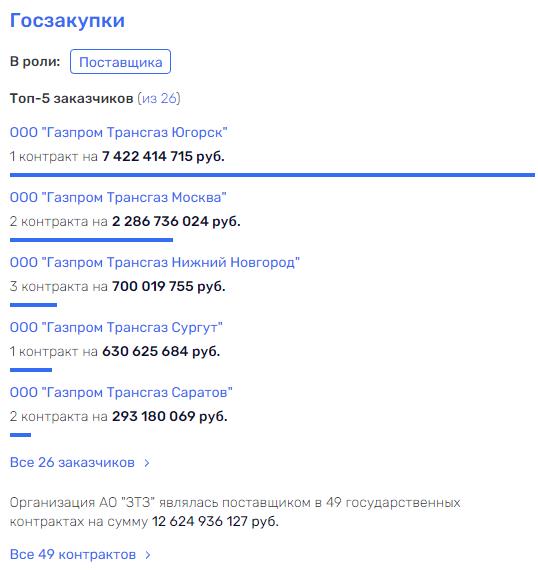 The eyes of Gazprom were opened by a certain Zagorsky Pipe Plant, Messrs. Safin and Egorov, who offered a simply indecent discount of 13-15%, in view of which Gazprom allegedly concluded that other plants overestimate prices and stopped cooperating with them.

Since then, contracts have poured on the ZTZ, like from the Cornucopia. However, other metal distributors also had enough work, but now, due to the economic crisis, sanctions and a reduction in the feed base, they clearly do not intend to tolerate such "dumping."

At the same time, there were attempts to outbid and unite with Safin and ZTZ in order, so to speak, to solve cases together. In 2021, such proposals, for example, were made by the ChelPipe group. But Safin rejected them, apparently feeling behind Gazprom's support. Surely this angered the competitors even more.

But there have long been unkind rumors around Mr. Safin and ZTZ that the "discount" could be a consequence of the supply of low-quality or even generally counterfeit pipes. Recall the scandal with the construction of an oil pipeline in Ust-Luga in the Leningrad region, which Transneft was engaged in.

The pipes were supplied by Industrial Technologies. The media wrote that the pipes were used, they only removed rust and old insulation, eliminated defects and glued fake markings. The company "Insulation Pipe Plant" was engaged in this - a subsidiary of the "Zagorsk Pipe Plant."

That scam was revealed, the amount of damage amounted to 4.5 billion rubles, but the Industrial Technologies company became the person involved in the case, and not the Insulation Pipe Plant and not ZTZ. Neither Safin, nor his father, one of the founders of the company, nor, moreover, she did not affect Egorov. But the "sediment," as they say, remained.

Money flies into the pipe

Meanwhile, in fact, Safin's ZTZ someone tried to compare almost a "financial pyramid" from which money can be withdrawn: over the past year, his net profit decreased by 160% - from 2.4 billion rubles in profit to 1.5 billion rubles in losses. There were similar "swings" with a stable state order in 2017-2018.

At the same time, according to the Rusprofile service, the company has risks both in terms of solvency and financial stability, its effectiveness is regarded as low.

Where the money flows is decidedly incomprehensible. It can be assumed that offshore - until December 31, 2021, the London company PIPE TRADE LIMITED was present in the capital of the company. From the very UK that imposed a bunch of sanctions on Gazprom and our other industrialists. And the one that may be involved in the sabotage on Nord Stream-2.

The company left the capital right on the eve of the SVO, a few months before the sabotage on the streams, as if it were stuffing with its heart. ZTZ was one of the suppliers of pipes, we recall.

And now the holder of the company's shareholder register is the closed Register JSC, who is there - among the ultimate beneficiaries, what are the likely offshore companies? At the same time, Denis Safin took over all the reins of the ZTZ - it is managed through the Ural Steel management company, which he owns 100%.

The latter is more like a gasket for withdrawing money. Not a single employee in the staff, 10 thousand authorized capital. No revenue, one loss and negative asset value. Why such a structure Safin, because he can simply be the general director of the ZTZ?

There is another company with a recognizable name - Zagorsky Pipe Plant LLC. The owner of 100% shares is Denis Safin. For some reason, the main activity indicates the management of financial and industrial groups. And why then Safin is parallel to some kind of Criminal Code? 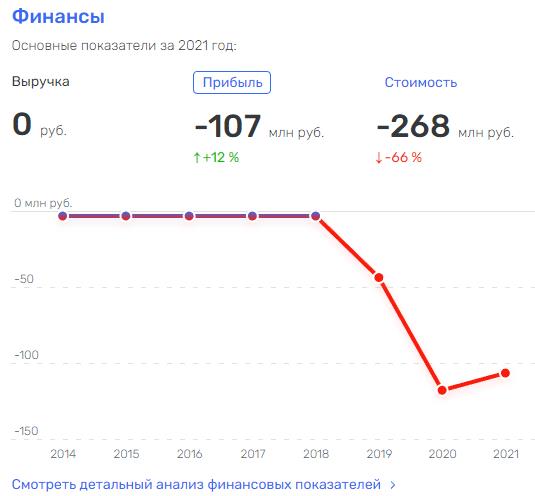 Moreover, this LLC is still cheerful: losses of 107 million rubles with zero revenue, asset value - minus 268 million rubles. In general, Safin's partner, Mr. Yegorov, is long overdue to ask what is happening with his partner.

Could Safin have started (or started again?) To play a dangerous game, hiding from partners the possible sale of B\U pipes under the guise of new, or even low-quality, counterfeit pipes? Indeed, in theory, the difference "as for new" could well be put in your pocket through the same dubious offices: an LLC with a similar ZTZ name, and even that "manager," which more resembles a pure fiction for moving funds.

It immediately comes to mind that lawyer Nikolai Egorov would never have allowed such a thing (especially in relation to himself). And the fact that he is among the beneficiaries was previously written by many respected publications. It is not clear whether Yegorov now has time to deal with this. After all, he is busy with a conflict with another fellow student (as he himself assures) Putin, Viktor Khmarin.

The conflict is believed to stretch from 2019. And it takes its roots in 2018, when 8 billion rubles were withdrawn from OFK Bank, where Egorov was one of the largest shareholders, by lending to companies with "dubious solvency." Writes about this Pravo.ru with reference to the Central Bank.

As a result, the bank lost its license. How this could happen right under Yegorov's nose is a question. But he immediately went in pursuit of money (although someone could try to suspect him of something was wrong). Part of the loans could go to "Status Group" of the former OFK bank partner Nikolai Gordeev.

For a number of statements, a criminal case appeared on abuse of authority for 14 billion rubles, and Gordeev was under house arrest. The media then wrote that "lawyer Egorov disclosed abuses in his own bank," it reads, just like an anecdote. 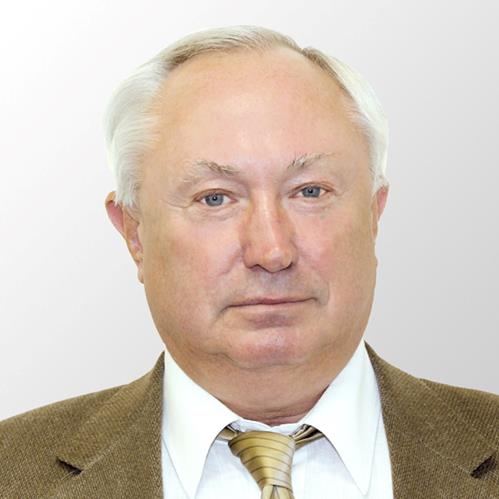 Should Nikolai Egorov take a closer look at his partners? Photo: https://epam.ru

And everything seemed to go in favor of Egorov. And then there was a turn. According to evil tongues, the already mentioned Viktor Khmarin allegedly spoke on the side of Nikolai Gordeev.

And now ZTZ has problems: Denis Safin, who at that time served as general director, was arrested. According to RBC, he was accused of fraud committed by an organized group of persons, or on an especially large scale.

It was about the allegedly illegally received subsidy of the Ministry of Industry and Trade for compensation of interest on a loan from Sberbank for 4.1 billion rubles. This money was issued by the bank for the construction of a plant for the production of large-diameter pipes - just for deliveries under the tenders of Gazprom.

As a result, the volume of alleged and unproven damage could amount to 133 million rubles. And the case itself, according to rumors, was allegedly accompanied by searches at the enterprise.

However, the situation was quickly hushed up - the amount of subsidies was returned, the criminal case against Safin was stopped. Whether Victor Khmarin Sr. could have been behind the "collision" is a question. Rumor has it that he is close to the entrepreneur Pavel Smetana, and he, in turn, can deal with Arkady Rotenberg. 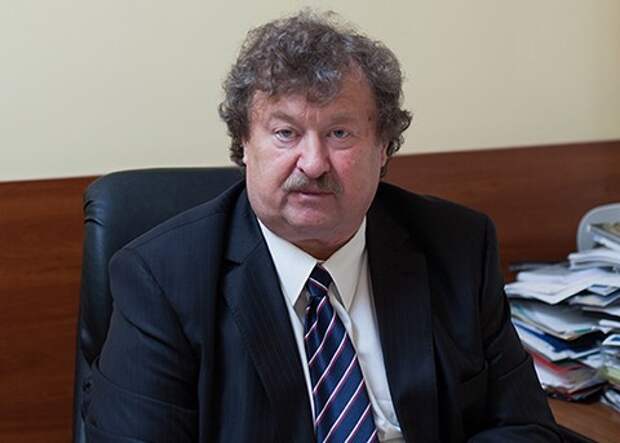 Victor Khmarin works on the side of ZTZ competitors? Photo: https://tvk6.ru/publications/news/54201/?

According to one assumption, bad loans from OFK Bank could go to the structures associated with Smetana and Rotenberg, and Khmarin could have a personal interest in this.

In any case, Mr. Safin and his ZTZ have become extremely toxic for domestic market players, and, apparently, are not going to give way. Well, there have always been enough "reckless" on Russian roads.