Rusnano against banks: Chubais "from the edge"?

Rusnano's attempt to restructure debts undermines the confidence of the financial sector, and Anatoly Chubais, who brought the state corporation to such a state, pretends that he has nothing to do with it?

According to the correspondent of The Moscow Post, the state corporation Rusnano sent three banks pre-trial claims to declare the loan agreements concluded with them invalid. We are talking about four agreements with Sovcombank brothers Sergei and Dmitry Khotimsky, two agreements with Promsvyazbank and one with Ak Bars Bank.

Rusnano is now in a pre-default state. Last November, the Moscow Exchange suspended trading in bonds of the structure, and also sent a request to the state corporation to clarify its plans. It was then that Rusnano admitted that they were on the verge of default with a debt amount of 150 billion rubles.

All these debts were received by Rusnano under its former leader Anatoly Chubais. Rusnano's claims to banks to invalidate loan agreements are a clear desire to evade previously assumed obligations, albeit in connection with extremely negative circumstances. But the situation is more serious - in fact, we are talking about undermining the confidence of banks in state structures. 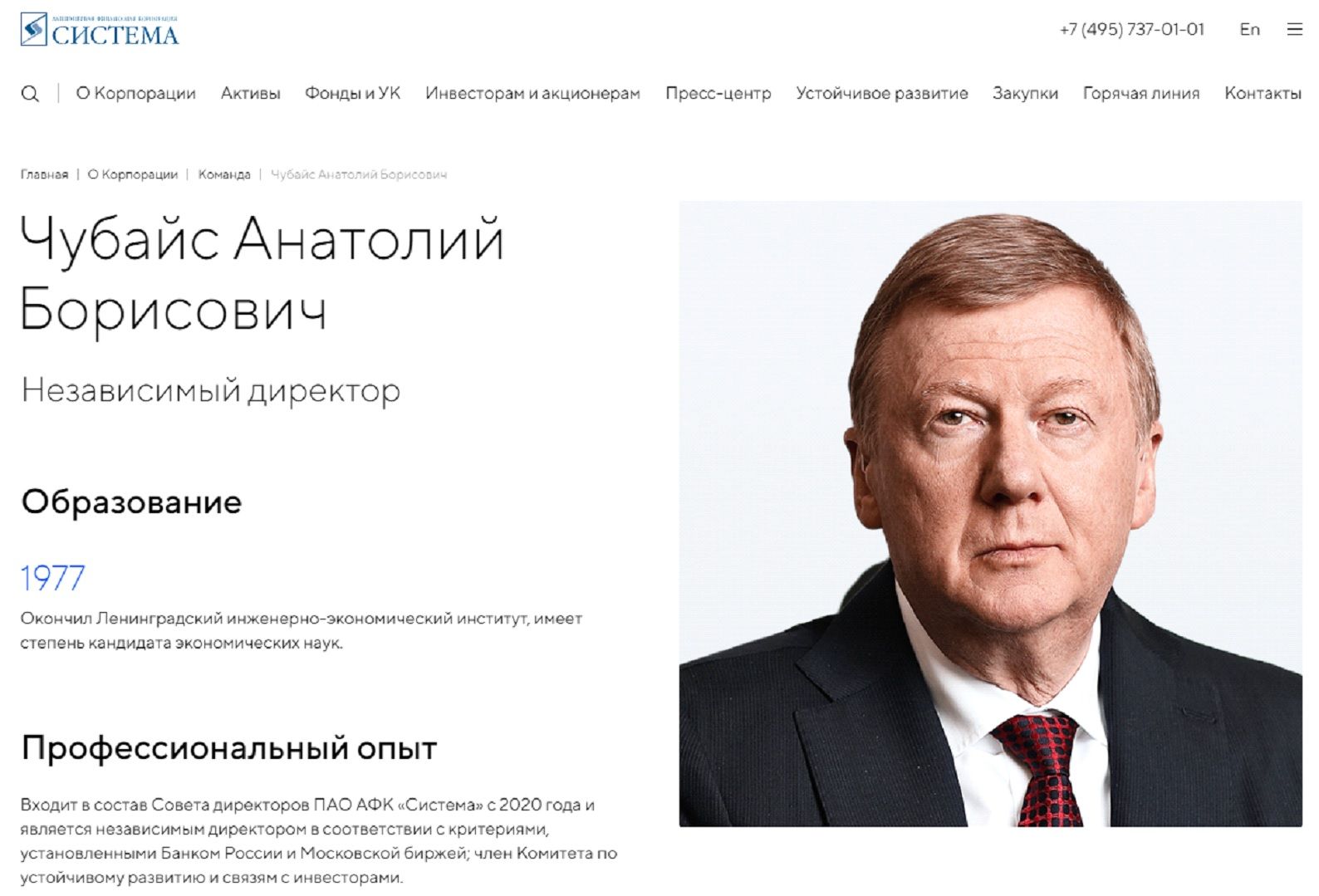 In general, this is bad for everyone. According to Forbes experts, an extremely bad precedent is emerging for the entire financial market. If Rusnano achieves its goal, market participants will be more attentive to state-owned companies and focus not on the owner, but on credit rating and credit stability.

Does Anatoly Chubais understand what his managerial decisions have brought him to? And if this is a question of trust in the state, is it not a question of state security that the FSB would have to deal with?

Once again, we recall that Rusnano is a quasi-sovereign borrower, the structure belongs to the state, most of its debt (108 billion rubles out of 149 billion) is covered by state guarantees.

Ak Bars is also 88% state-owned. The bank regularly invests in deposits from the budget surplus in order to generate additional profit. Moreover, comparable to the capital of the bank itself, as The Moscow Post last wrote.

The highlight is that one of the beneficiaries is a private person, a former employee of TATNEFT Nikolai Karpenko. Recently, the Government of the Republic of Tatarstan placed free budget funds in the bank of PJSC AKB Ak Bars, up to 65 billion rubles at 7% per annum. In itself, this positively affects the capitalization of the bank, as well as Karpenko.

But could Karpenko agree with Anatoly Borisovich to provide Rusnano with a major loan in the past? It is quite possible, and it is also possible that now Karpenko will vote to go Rusnano to the meeting - it seems that the bank (read - the state) will no longer receive its money?

Musin was recently sentenced to 12 years in prison for abuse of authority, which could harm depositors and shareholders. True, in another well-known structure - PJSC Tatfondbank.

"The investigation and the court established that Musin, being the chairman of the board of Tatfondbank PJSC, as well as its beneficiary, abusing his powers, committed actions to issue unsecured loans to a number of organizations controlled by him and other illegal actions that caused losses to the bank in the amount of more than 23 billion rubles," quoted RBC investigators.

This happened, recall, at the moment when Musin was the head of the board of directors of Ak Bars. So the decision to issue a loan to Rusnano could be made by him. Now the ends are in the water, and "Ak Bars" (and, accordingly, the budget) let them be content with state guarantees?

Karpenko should take a closer look. When Musin's affairs went bad in 2016, together with him and his people, as the Real Time publication wrote, a mysterious shareholder came out of the bank's capital. Moreover, he was a representative of three large banks, and earlier Karpenko worked at Uralsib and Tatfondbank. 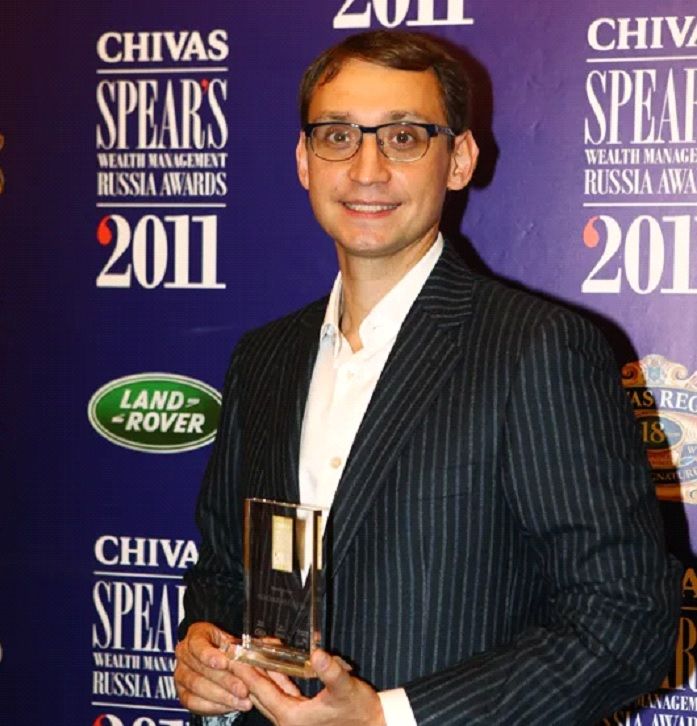 That is, it can be assumed that Karpenko was a possible holder of the assets of Musin himself, and if so, he could be involved in illegal schemes, the presence of which was eventually confirmed by the court. But no one made any complaints to Karpenko - he remained in the capital of Ak Bars through his company X-Ray. And if Karpenko could agree with Musin on the "movement" of assets, why could he not agree with Chubais on the "movement" of credit funds?

Other banks that credited Rusnano to Chubais, and now risk staying out of business, also have their pitfalls. Sovcombank brothers Sergei and Dmitry Khotimsky are almost the most scandalous of the country's large banks. He regularly absorbs other credit organizations. Either as a result of reorganization, or simply buying them up.

The bank and the Khotimsky themselves are surrounded by scandals. It seems that the head of the Central Bank, Elvira Nabiullina, is not at all interested in their activities, and even helps them get all the new structures for reorganization.

It is Sovcombank that accounts for most of Rusnano's debt of 38 billion rubles, which the state corporation wants to restructure. It turns out that these funds could be transferred to credit from the money and assets of credit institutions absorbed by Sovcombank.

But the Khotimsky brothers, it seems, have already given the Rusnano state corporation a turn from the gate. According to the publication of banking analytics Frank Media, Sovcombank announced the impossibility of defaulting on its loans to Rusnano. As Sergey Khotimsky, deputy chairman of the board and co-owner of the structure, explained, there is no structure at all on the balance sheet of the bond bank, but there are only loans under state guarantees, and default on them is excluded.

"We do not know whether the state will support the company in paying off these debts," Khotimsky added. 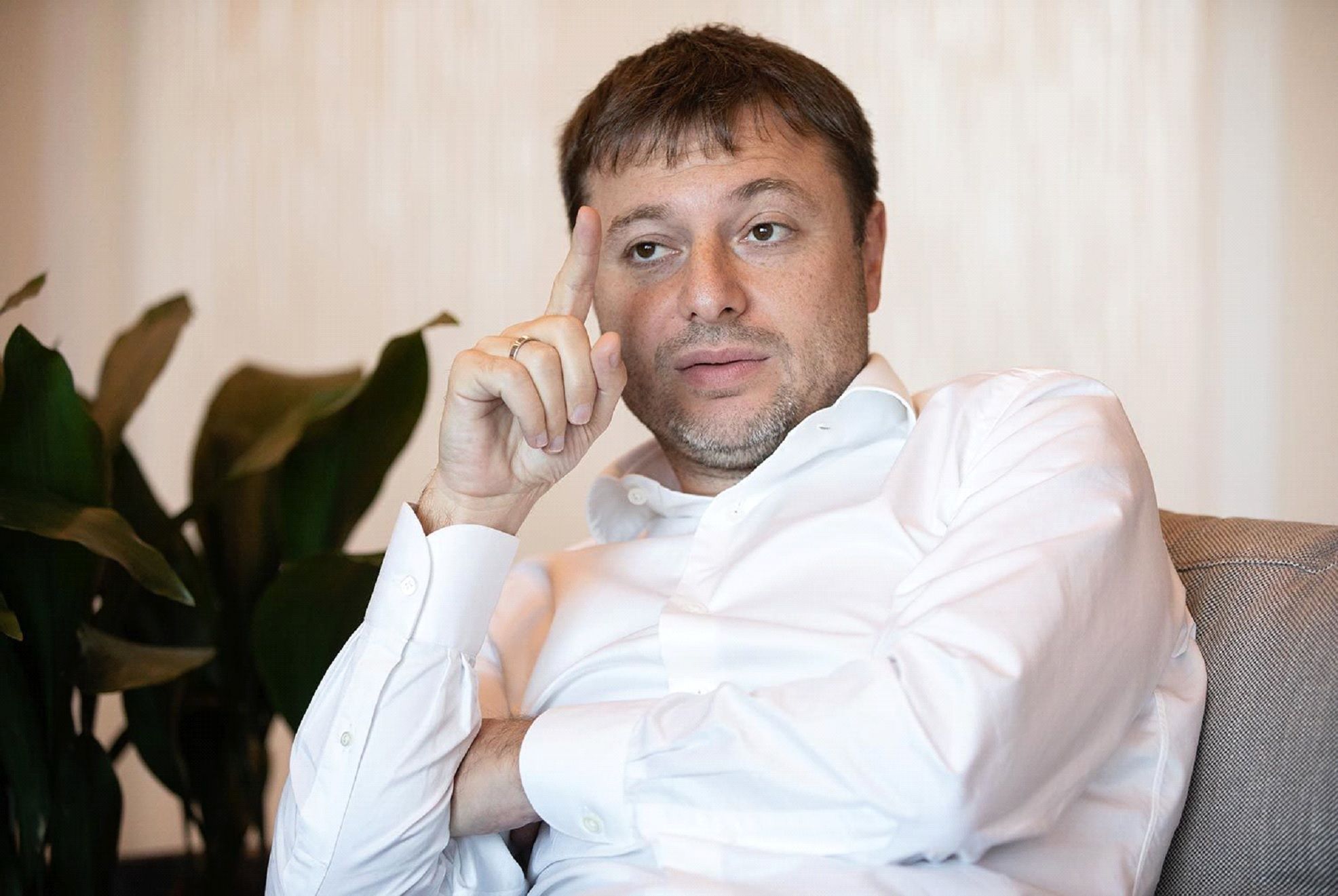 Sergey Khotimsky made it clear that Rusnano does not intend to "forgive" the debts?

Something in the response of Mr. Khotimsky is alarming. As in huge loans - to whom did Sovcombank give so much? Recall that the main loan funds were taken from Rusnano in 2016. In total, 35.5 billion rubles were taken. State guarantees were issued for such amounts. They are 20 billion rubles to the bank Russia, and another 15.5 was guaranteed directly to Sovcombank.

What these funds went to is still not clear. But it is known that in 2018, Sovcombank itself needed help - or they wanted everything to look like that.

Then a consortium of investors began to invest in it, among which was the Japanese corporation SBI Holdings. The consortium includes the Russian-Chinese Investment Fund (RCIF - a structure with state participation, a subsidiary fund of the RDIF) and Middle East sovereign funds. Which, then not reported. All this was very reminiscent of some gray scheme, in which, it is believed, both the Khotimsky brothers and Anatoly Chubais should have been involved.

Why would funds with state participation, which should be invested in projects for the development of the country, begin to invest in the private Sovcombank? According to evil languages, Anatoly Borisovich, who had previously received large loans, could silence the Khotimsky word.

Having received state guarantees for Chubais's loan and investments through the RCIF and the RDIF, gentlemen Khotimsky could do anything with this money. For example, to postpone in their offshore structures, because Sovcombank is tied precisely to offshore - SovCo Capital Partners B.V.

Idle trace of the Ananyev

As for Promsvyazbank, here is an extremely confusing situation. Earlier, this scandalous bank belonged to the billionaire brothers Ananyev who fled abroad. They were arrested in absentia, put on the international wanted list.

The Investigative Committee believes that 87.2 billion rubles could be withdrawn from Promsvyazbank abroad. About this writes RIA Novosti. The bank produced fictitious documents and payment agreements, but this story is already known. The question is, could the money be withdrawn from the structure, including through loans, data from Rusnano? And this is almost 16 billion rubles, which now, it turns out, are non-refundable.

In November, it was reported that Promsvyazbank holds the issue of Rosnano bonds for 10 billion rubles, which is not subject to state guarantees, RBC wrote about this. We can conclude that they apply only to 6 billion rubles of the total amount of debt. In the current state, Rusnano will definitely not return these 10 billion. It turns out that you can forget about them, and perhaps the Ananyev brothers could attach to these 10 billion rubles?

Anatoly Borisovich Chubais could also attach to them. Note that the scandals with Rusnano have been going on for more than a month, the structure is breathing on incense, having a loss of 37 billion (!) Rubles by the end of 2020. But we can say there are no comments from Chubais on the situation - as if he had nothing to do with it at all.

They do not recall him, for some reason, and the financial authorities of Russia are not interested in law enforcement. Apparently, not only fish have a short memory...