The people of the head of Rostec Sergey Chemezov are joining the fight for Inteko assets.

According to the correspondent of The Moscow Post, more and more serious players are entering the fight for the assets of the once largest developer of the country Inteko. On the eve of Morden Finance Limited, which calls itself the beneficial owner of Inteko, appealed to the FAS and the arbitration court with a request to seize Inteko's shares and prohibit Trust Bank from selling them.

According to Vedomosti, the plaintiff is associated with Russian entrepreneur Ruslan Valitov, Rostec's business partner, as well as Roman Zolotov, son of the head of the Russian Guard Viktor Zolotov. It is easy to assume that this step is not Valitov himself, but the head of the state corporation Sergey Chemezov and Viktor Zolotov.

Moreover, if the latter and his entourage were not previously seen in various kinds of business multi-moves, then Sergey Chemezov and some members of his team have long been credited with various efforts to gain control over large business assets throughout the country.

Now the property of Inteko belongs to the Trust bank of non-core assets, and the bidding itself for the sale of its property is scheduled for November 16. It turns out that they may not take place. Meanwhile, the initial price of the lot is 37.5 billion rubles, the assets are liquid, and there is clearly something to compete for.

Several large structures intend to participate in the struggle for them at once - Aeroplane, Smynex Asset Management, Specialized Developer Second and Arief, controlled by Sminex Alexei Tulupov, Logos, whom market participants associate with Region Group of Companies and Arcada Holding, created by Uralchim shareholder Dmitrii All of them showed up for auction.

Meanwhile, Morden Finance Limited, as follows from the words of its representative, disputes the transfer of Inteko shares by businessman Mikail Shishkhanov to the Trust in repayment of Binbank and Rost Bank debt. Where Mikail Shishkhanov is his famous relative, the head of the Safmar Group of Companies Mikhail Gutseriev.

Now he has so many debts that returning previously alienated assets would be an excellent opportunity to partially ease his situation. Apparently, this is the calculation, but in the current situation he is opposed by too strong players.

As for the most likely interesting, namely the head of Rostec, Sergei Chemezov, his people could participate in the bidding themselves - they have enough administrative and financial resources. Only in a situation where such powerful competitors as Mazepin and Sudarikov are in the arena, it is much easier to turn the board around than to win the competition. So they "connected" Valitov with the lawsuit? 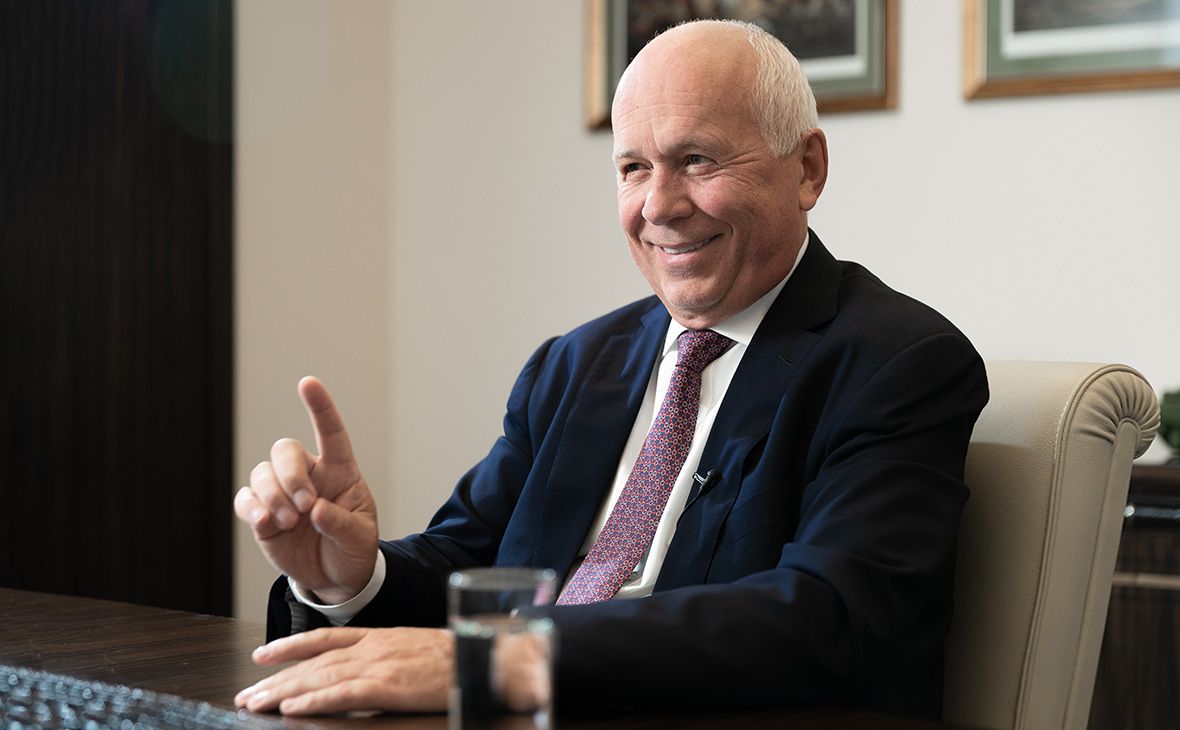 Are the interests of Sergey Chemezov visible behind the lawsuit of Morden Finance Limited?

As for Valitov, he is a co-owner of Motovilikhinsky plants located in the Perm Territory. The majority owner of the enterprise through a number of stages of ownership is Rostec.

According to RIA Novosti, Valitov can act in the interests of the former top manager of Inteko Oleg Soloshchansky, who was previously a minority shareholder of the company, but did not pay off him when transferring shares of the Trust group. Soloshchansky himself completely rejects this version.

Earlier, the former top manager of Inteko could face serious pressure from the well-known A1 structure, which could side with Viktor Baturin, brother of the founder of Inteko, the former wife of Yuri Luzhkov Elena Baturina. Earlier, The Moscow Post reported that it was A1 who could hide behind Victor. Victor himself had long been in a protracted conflict with his relative.

Searches of Mr. Soloshchansky last summer were also trying to connect with this conflict, after which he testified all night at the Main Investigative Directorate of the Investigative Committee in Moscow. It was a criminal case about causing damage during the reconstruction of the Polytechnic University. About this wrote Interfax.

But if Chemezov really is behind the situation, then a cunning plan may not work. And the point is in the allies, who are attracted by thirsty Inteko property on the eve of the auction. First of all, Dmitry Mazepin. The latter is formally the owner of Arcade Holding now is not a structure recorded at Parnas LLC. And here, it seems, it was also not without A1.

Among the founders of both Arcades and Parnassus are Mr. Mazepin's former partners Denis Izbrecht and Felix Lyubashevsky. Both come from the scandalous structure of A1, which is believed to specialize in corporate conflicts.

Moreover, at different times, functionaries A1 tried to attribute unfriendly acquisitions of different enterprises. Therefore, in the confusing struggle for Inteko with a bunch of pitfalls and interesting people, such allies can play a big role.

In 2020, the name of Izbrecht appeared in the history of CJSC Demetra, which is engaged in the development of the Lublino industrial zone in Moscow. In the spring of that year, Izbrecht held a general meeting of shareholders of Demetra CJSC in order to increase the authorized capital by adding shares. However, for this it was necessary to "neutralize" an independent shareholder - LLC AIC, which could interfere with decision-making.

Apparently, therefore, the meeting of shareholders was held at the wrong address that was indicated in the notice of the event. This was attended by the registry holder - Industry-Register JSC, which replaced another registrar 2 days before the meeting. 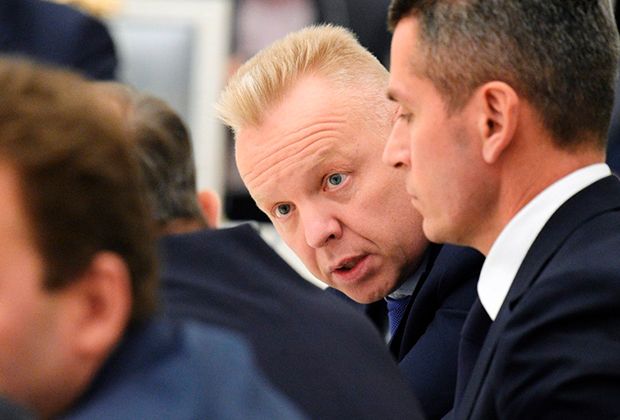 Dmitry Mazepin will attract old friends from A1 to fight for Inteko assets?

Earlier, The Moscow Post wrote that as a result, the share of an independent shareholder "suddenly" decreased from 33% to 5%. In response to this, the company went to court demanding that the decisions of the meeting of shareholders of Demetra CJSC be invalidated, but the proceedings were completed in October last year. By that time, ZAO was also transformed into AO.

If we consider Izbrecht separately, then for him such things should not be new - there are many scandals with his name. And in many of them it appears just A1.

Back in 2015, a certain Arcade Group (not related to the current Arcade) bought a third of the capital's TsUM. The company was controlled by Yuri Shirmankin and co-owners of Alta Management Company Denis Izbrecht and Alexei Kaverin. Shirmankin is the former managing director of the investment company A1. With the names of Shirmankin and Izbrecht, some are trying to connect the bankruptcy of Fininvest Bank and many more not the most unambiguous events in Russian business.

"Reinforcements" for Chemezov
Meanwhile, Valitov, from Chemezov, or not, also has influential allies. Apparently, this can be considered the first mentioned Roman Zolotov, with whom Valitova is associated with partnerships. Having such an influential father as Viktor Zolotov, it becomes easier to get large assets and wealthy partners. 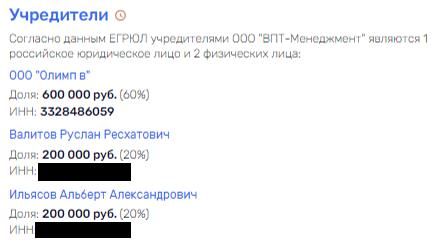 The partnership between Valitov and Zolotov was sealed in the summer of 2020, when Roman Zolotov received 40% in the new company VPT-Management, the second majority in which is Mr. Valitov. However, less than two weeks ago, on November 1, Roman Zolotov withdrew from the company's capital - it is quite possible to switch to other projects, one of which could be the situation with Inteko.

NRMM is a group of oilfield services companies engaged in exploration and operation of fields, as well as other services related to oil production. Among the clients of the holding are Rosneft and Gazpromneft. In itself, this says a lot.

True, the question arises what will happen in the event of a possible conflict between Valitov and Inteko's assets, for which Sudarikov's Region Group of Companies, which is associated with the head of Rosneft Igor Sechin, is also fighting.

Meanwhile, more than ten years ago, Ruslan Valitov brought to criminal proceedings the former head of the Main Investigation Department of the Investigative Committee under the Prosecutor's Office of the Russian Federation Dmitry Dovgiy. Valitov allegedly handed him 750 thousand euros to get rid of the criminal case against him about large thefts. Subsequently, Dovgiy received 9 years in a maximum security colony, and Valitov escaped responsibility. This was written by PASMI (recognized as a foreign agent in the Russian Federation). 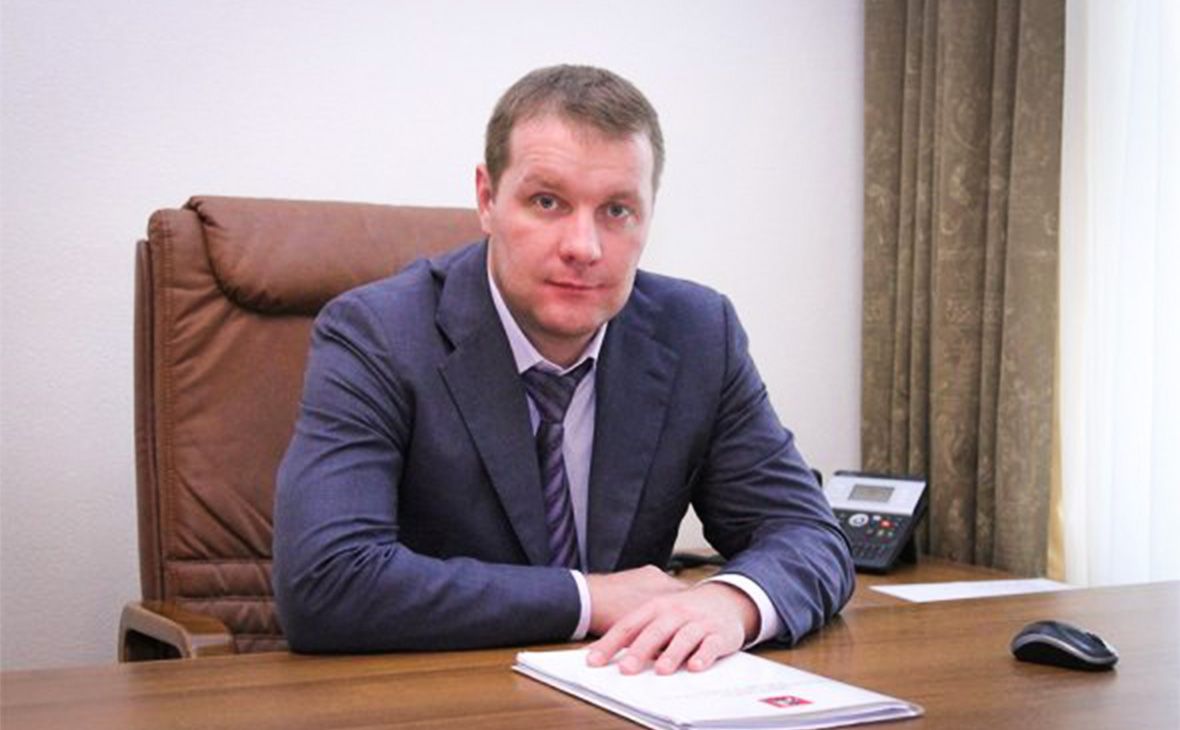 Then many considered this a frank provocation. Now, if they remember this story, then in the context of other strange events, such as a "basket of sausages" for ex-Minister of Economic Development Alexei Ulyukaev, which the head of Rosneft Igor Sechin allegedly handed over to him. And now Mr. Ulyukaev is serving a prison term.

If we bring the above together, there are still questions, but is it necessary for Sechin? He cannot act on his own behalf, but people from his entourage actively enter a variety of businesses. But mostly these are banks and industrial enterprises, but a large developer among the people of Chemezov's entourage was not previously noticed. Apparently, it's time?

You should immediately recall businessman and banker Viktor Grigoriev, close to Chemezov, the beneficiary of NK Bank, the base bank of Rostec state corporation. Grigoriev is credited with trying to consolidate different assets of the country in the interests of the head of Rostec. Moreover, these assets, which obviously, are leaving the wing of the state.

Something similar could happen with the giant holding "Technodinamika," which at closed bidding went to the structures of Mr. Grigoriev. In 2018, Dynamics Group Grigoriev bought 75% minus one share of the holding from Rostec. Since the bidding was closed due to the nature of the activities of Technodinamiki, Rostec itself selected the participants. And the asset departed at an extremely low price for such a crowd - about 14 billion rubles.

It may well be that Mr. Grigoriev, himself or through structures close to himself, may take part in the situation with Inteko. So the fight for Inteko's assets promises to be hot. And it just seems to be beginning.