Is it possible that State Duma Deputy Rinat Khayrov is behind the London "laundromat", which, according to rumours, can be managed by his son-in-law Dmitry Tsvetkov?

According to the correspondent of The Moscow Post, the son-in-law of the State Duma Deputy from Tatarstan Rinat Khayrov, Dmitry Tsvetkov, is wanted on suspicion of involvement in the theft of funds from the Experimental Design Bureau named after M. P. Simonov, which were allocated for the creation of unmanned aerial vehicles. Now the IC is investigating how 490 million of the company were first in offshore companies, and then on the accounts of individuals. At the same time, the company did not perform the work for which the money was received.

"Threads" led to Tsvetkov, a former partner of the company, to whom detractors attribute almost the creation of a "laundromat " in Britain. From him, law enforcement officers will also come out to Mr. Khayrov, who tries to stay in the shadows so as not to attract too much attention to the non-standard business of his family?

The case with the Experimental Design Bureau named after M. P. Simonov has been going on since 2018. According to Kommersant, then the Head of the enterprise Alexander Gomzin was taken into custody in the case of fraud. During the investigation, it turned out that a British citizen Dmitry Tsvetkov was engaged in the foreign part of the project. And the project was supervised by the State Duma member of the profile committee Rinat Khayrov.

In the end, almost half a billion rubles allocated for drones were "dissolved" in the overseas Hegir Advisory Limited. According to the Companies House company database, the director of the company is Dmitry Tsvetkov, and previously the company was headed by Elsina Khayrova - the daughter of a State Duma Deputy. According to Obshchaya Gazeta, the deal was very simple: Gomzin gave Tsvetkov the old developments of Russian scientists, who translated them into English and returned them to the customer as a new product.

And here a logical question arises: why did the Russian developments in the defense industry involve a person who lives in a country that is part of the NATO bloc? At the same time, Khayrov himself openly criticizes NATO and opposes everything Western - for example, he actively promoted a law on the recognition of individuals as foreign agents. Isn't he afraid that he might get on the corresponding list? After all, his daughter, like his son-in-law, has a British passport.

Probably, Khayrov and Tsvetkov managed to get around this "discrepancy" thanks to his connections with Anatoly Serdyukov, who then "ran" the Russian "defense industry". Khayrov at one time managed to work as an adviser to the latter.

Real estate is not for the poor

The Khayrov-Tsvetkov family had previously attracted public attention: then the foreign press discovered that they had bought a mansion in Surrey in the UK, as well as an apartment in London with a total cost of 32 million pounds (at the exchange rate at that time - 2.8 billion rubles!). According to rumours, it was with the help of the DAWN HILL WENTWORTH LIMITED company, engaged in real estate, which was previously managed by Elsina Khayrova, and more recently - Tsvetkov himself. 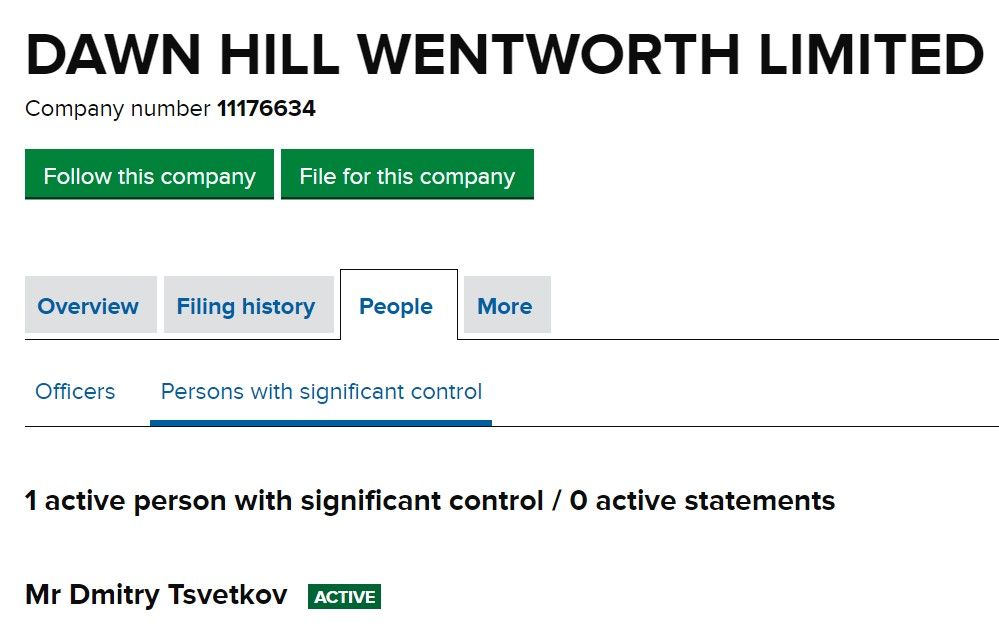 Where did the family get the billions to buy real estate overseas? Immediately, everyone remembered where Khayrov himself started: from 1998 to 2007, he was the chief tax officer of Tatarstan. And at that time, the republic just had the fame of a "tax pit". Does it mean that Khayrov could then manage the flows of unaccounted funds?

The current parliamentarian could also earn extra money on the NASCO insurance company, which has already had its license revoked. The company was managed by his wife, as well as Nail Khadeev, a native of Tatneft structures. By the way, Khayrov is considered a person who could be connected with the scandalous Tatfondbank, because NASCO worked closely with the financial institution. And immediately after the revocation of the license from Tatfondbank, the Khayrov family "disowned" the insurance company.

Rinat Khayrov also has friends from Intechbank, which had its license revoked in 2016. Previously, this credit institution was owned by the team of the ex-Minister of Construction of Tatarstan, and now Deputy Chairman of the Government of the Russian Federation Marat Khusnullin. In addition, Khayrov was a member of the team of close associates of the former Head of Tatarstan, Mintimer Shaimiev.

There were rumours that the parliamentarian could also make acquaintances with criminal elements. They say that criminal money could be "laundered" through the Graff boutique in Limassol. According to Rosbalt, the boutique was owned by Tsvetkov together with developer Rustem Magdeev.

Judging by Khayrov's resume, he had plenty of opportunities to earn a substantial sum - though not in a completely honest way. And if this really took place, then it is clear where the money could "settle" - after all, his daughter and son-in-law are British businessmen.

"Collector" of rubles, hryvnias and tenge

Detractors have long suspected Dmitry Tsvetkov of creating almost a British "laundromat". They say that he began his career path by offering prominent businessmen to solve their problems by "draining" funds through foreign companies. They say that Sergey Sviridov, who belongs to the Belarusian "clan" of programmers associated with Deltix, brought him to this topic. Tsvetkov had a common business with Sviridov, Kontera LLC, located in Tsvetkov's native St. Petersburg.

And here it is worth saying a few words about the environment from which Tsvetkov himself came out - his parents are the founders of Novel SPB LLC. The office is very popular with St. Petersburg state medical institutions, which, even in the conditions of their competitions, can allegedly prescribe requirements that meet the products of the Tsvetkov family company only. 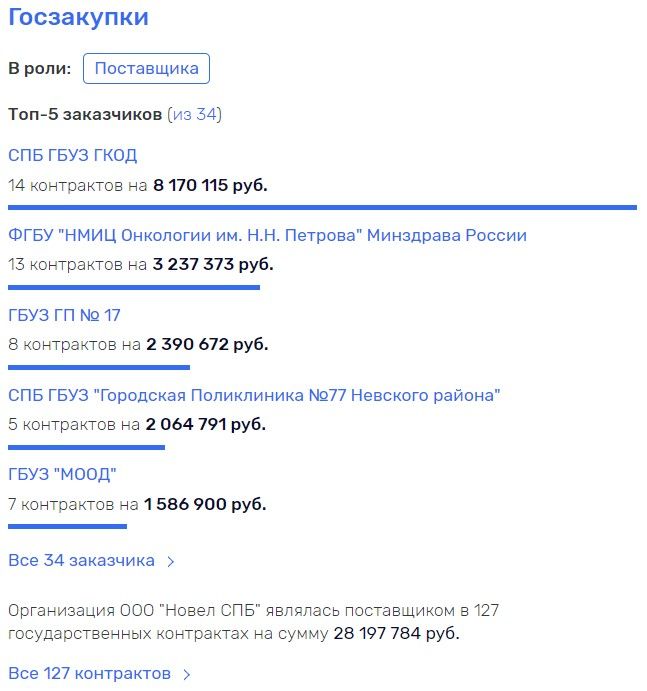 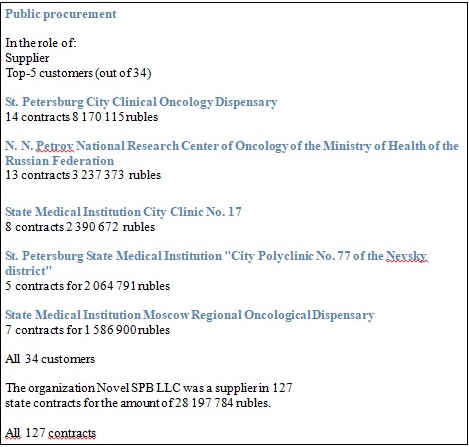 Dmitry Tsvetkov himself was noticed in Britain after Novel and Deltix opened representative offices in London. Does it mean that he was "sent" to manage cash flows overseas?

The list of clients attributed to Tsvetkov is impressive. According to the authors of the Compromat Group portal, he allegedly worked with Ukrainian politicians, oligarchs and shadow businessmen. They say that among his clients there were: Yulia Tymoshenko, the son of the Deputy of the Verkhovna Rada Viktor Chumak, bankers Nazarov and Magin, previously mentioned Sviridov.

And suddenly Tsvetkov managed to pull out a "lucky ticket" - he met Elsina Khayrova. At the same time, according to rumours, he allegedly approached the matter of conquering her heart with all seriousness: they say, he asked his friends hackers to hack her social networks in order to thoroughly study her interests and hobbies. If this is true, then Tsvetkov "turned" everything very successfully! It is not for nothing that he is famous as a person who absolutely does not care about achieving his own goals.

Since then, he has been engaged in business together with his wife. They are associated with another remarkable "British" family-relatives of the oligarch Alexander Shchukin. According to Obshchaya Gazeta, at one time Tsvetkov helped Shchukin to gain control of the Gramoteinskaya mine - businessman could simply get the asset from the British private equity fund Lehram Capital Investments Ltd, "tricking" the company by as much as 250 million pounds!

Allegedly, Tsvetkov could provide services for the withdrawal of funds to Shchukin's son-in-law, Ildar Uzbekov. The latter's father, Faud Uzbekov, was once a high-ranking Head of the state-owned KazMunayGas company in Kazakhstan. He was suspected of helping to withdraw funds to Kazakh officials and businessmen overseas. Does it mean that "on the other side" the "cash register" can be run by two sons-in-law?

Tsvetkov's biography was not without conflicts with other entrepreneurs. So, he quarreled with Rustem Magdeev over a 40-carat diamond worth 15 million pounds - as reported by Rosbalt, the case even went to court. According to Tsvetkov, Magdeev simply appropriated a precious stone that did not belong to him alone. Earlier, Rustem Magdeev demanded payment of $10 million from Tsvetkov under the Agreement of 2014 between him and the company EK Diamonds DMCC, owned by Emil Gainulin (Dmitry Tsvetkov acted as a guarantor under the Agreement).

Deputy Khayrov has an interesting relative. Given all of the above, does it mean that the official himself may be involved in a whole international network for the withdrawal of money abroad from the former Soviet republics? Security officials have already drawn attention to his son-in-law, who is allegedly behind this story. Isn't the parliamentarian afraid that they will come to him as well? Or has he already got a direct flight to London in his pocket?