Top Manager of Trust, Mikhail Khabarov was detained in the case of Delovye Linii, but law enforcement officers can "dig up" a lot more interesting things about him, can’t they?

According to the correspondent of The Moscow Post The Moscow Post, Mikhail Khabarov, Executive Director of bank of the bad assets named Trust, is suspected of a particularly large fraud. According to law enforcement, the top Manager stole about 842 million rubles from his partner in Delovye Linii Alexander Bogatikov. Will the long-standing conflict between the businessmen end in favor of Bogatikov? It seems that the latter finally managed to fight back the famous "raider".

The businessman was searched at home, then sent for hours of questioning, after which he was detained. Among themselves, the operatives called the incident a "major implementation". Indeed, Khabarov is followed by a string of ugly stories that may come up in the course of the current case. Will the top Manager collect a whole collection of cases soon?

The story with Delovye Linii has been going on for many years. Until recently, it seemed that in the battle for the company, Khabarov would still win - he had the necessary connections and a wealth of experience, which detractors called "raider". But in August, the Arbitration Court of Appeal of St. Petersburg lifted the arrest from the stocks of Delovye Linii, which was imposed on the claim of the structures of Khabarov and A1 company.

The latter continue to seek enforcement of the London Arbitration Court's decision in Russia. The Court found the sale of Doglemor Trade, which is controlled by Bogatikov, null and void. Accordingly, the latter in London was obliged to return the package to the structures of Khabarov. In addition, they want to recover 58 million dollars from Bogatikov. However, it is impossible to do this now - interim measures have been applied to Delovye Linii.

This was done at the suit of Caledor Consulting Limited, which belongs to The top Manager of Trust. The fact is that Khabarov wants to cancel the sale of Doglemor Trade in favour of 0578 Holding LLC and DL-TRANS LLC. The Cyprus court has already sided with the businessman. Now Delovye Linii is prohibited to sell, transfer and give, make out as collateral, etc. Restrictions were also imposed on Bogatikov's real estate worth about €2 million.

This is not the end of the legal proceedings between Bogatikov and Khabarov. According to Vedomosti, Solarstone company associated with A1 and Khabarov, filed a $25 million lawsuit against Delovye Linii. The transport and logistics firm is accused of allegedly illegally breaking its contract with DL Management by doing so unilaterally.

It is noteworthy here that Khabarov is associated with the A1 company, which is known for its rather  unfriendly acquisitions. Experience in this office is a kind of "sign". Does it mean that the experienced "invader" put pressure on Bogatikov from all sides - from both Trust and A1?

What was all this fuss about? From the outside, the situation looks very banal: Khabarov is just trying to "take off" Delovye Linii from Bogatikov. And he is very persistent in his aspiration.

Khabarov appeared in Delovye Linii more than five years ago. Through the same Daglemor Trade, he had an option to buy 30% in a transport and logistics office. However, in the course of a series of transactions, 43% of the firm passed to Bogatikov, while the remaining shares were distributed among the structures of four individuals. Actually, this was the reason for Khabarov's discontent.

From the outside, it may seem that the conflict was initiated by Bogatikov - allegedly, he "hunted" Khabarov out of business. But the roots of this situation lie much deeper. The fact is that it was with the arrival of Khabarov to Delovye Linii that the latter began to have problems. People in uniform came to Bogatikov - he was suspected of having underpaid as much as 1.6 billion in taxes in 2011-2013! At the same time, his assets were frozen, so he could not pay the debt. For some reason, he was put on the wanted list, although he actually came to the Investigative Committee himself. Were the attempts to take business away from Khabarov a logical reaction to what was happening? 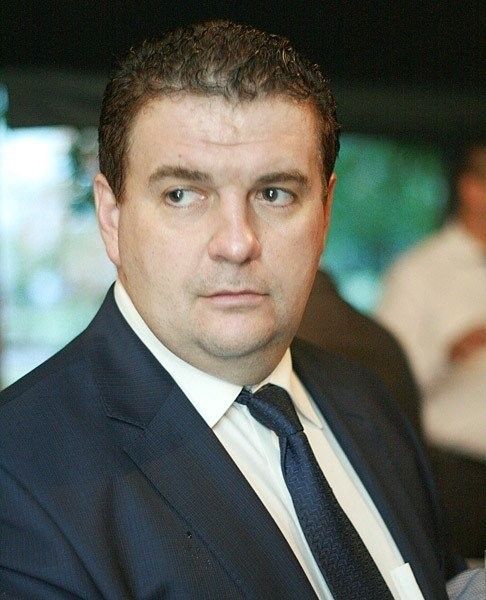 Bogatikov can't "get rid" of Khabarov for many years

As reported by Novaya Gazeta, Bogatikov was offered to help "hush up" the case. Law enforcement officer Yuri Timchenko asked him 100 million rubles for this service. Kommersant decided not to take the risk and reported the situation to the FSS. In the end, Timchenko himself was arrested, as well as his accomplices, including Sergey Zinovenko from Delovye Linii.

Apparently, Mr. Khabarov is behind this whole story. Was he trying to "take over" the business in such a way? Surely it was he who "incited" the bribe taker Timchenko - hoping that Bogatikov would be caught on the "hot"?

In this case, he should have tried to "nail" Bogatikov for another reason. According to the authors of the Zhurnal Kompania telegram channel, allegedly the latter in 2014-2017 turned a scam in the company for 30 billion rubles, which he himself said during the proceedings in London. Just at this time, Khabarov was responsible for the strategic development of Delovye Linii and was probably aware of this story. Bogatikov, driven to despair by Khabarov's attacks, seemed to  be ready to set himself up - so he "blabbed".

Mikhail Khabarov is considered a person of the head of Alfa group Mikhail Fridman. It was at the latter that the scandalous businessman began his career - in the mid-90s he worked in Inkombank. He got there due to the fact that probably he was good at... washing windows! As Versia wrote, before employment in a credit organization, he worked as an ordinary washer. Coincidentally, Fridman once owned a cooperative named Courier that specialized in window cleaning.

It is likely that he first worked for a banker as an ordinary employee, and then went on to be promoted to Inkombank. And even then, as detractors say, his "raider" habits showed up.

We are talking, in particular, about the privatization of the Magnitogorsk Iron and Steel Works. The company went to Inkombank and FIG Magnitogorsk Steel. As reported by Kommersant, the co-owners were eventually opened a case of theft of 30% of the plant's shares.

Then Rashid Sharipov, who headed Magnitogorsk Steel, hastened to leave Russia. Khabarov took himself and his family abroad. There, apparently, he calmly waited for the statute of limitations to expire. After all, he returned to his homeland exactly when it happened. Supposedly, lived abroad, on "taken" from the plant, didn't he? 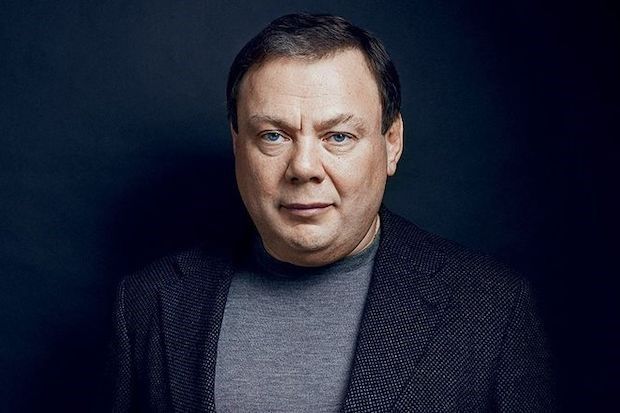 After returning to Russia, Khabarov came back under Fridman's "wing". He started working for A1, a company known for its history of unfriendly takeovers. Apparently, in this regard, Khabarov showed himself well in Inkombank — so he was decided to continue the cooperation in this direction, wasn’t he?

According to rumours, Khabarov was engaged in "pitting" businessmen in A1. Officially, the office was engaged in solving corporate conflicts. But it seemed that all it did was creating discord. It was guietly "grabbing" the assets of the warring parties, then either sold them to their former owners at an inflated cost, or went bankrupt and withdrew funds.

Why did Khabarov have to leave the company, so close to him in spirit? They say that the top Manager began, as they say, to bite the hand that was feedng him. In A1 in was noticed that the money from the office somewhere "evaporated" and, allegedly, Khabarov was behind these mysterious disappearances. The former window cleaner couldn't restrain his impulses to "wash" something, could he?

Now he may need these funds to pay for legal services. However, it is likely that he already has a lot of money. Now he works at Trust, and this Bank almost doubled its staff costs in the first half of the year. In total, employees were paid as much as 3.2 billion rubles - most of this amount is accounted for by bonuses of top managers. While other credit organizations on the contrary reduce premiums and dividends due to the crisis, Trust arranged a real "feast during the plague"!

Presumably, Khabarov also received his piece of the money "pie" - according to rumours, more than a dozen million "flew" into his pocket. Do they reward them for their effective work?

If getting into scandals is the reason for paying bonuses in Trust, then Khabarov undoubtedly deserves them. Forbes wrote about a possible "agreement" between the top management of a credit institution and Mikhail Gutseriev. The latter allegedly owed a trillion rubles, but agreed to settle the conflict for only 135 billion rubles.

Has the free life of one of the most scandalous A1 former employee ended? For many years, he seemed to be able to avoid prosecution, so did Delovye Linii "bent" him? This is how greediness can bring a person to the dock! Now Khabarov can only hope that law enforcement officers will not "dig up" something else on him.