The interests of the oligarch Mikhail Gutseriev may be "hidden" in the supply of petrol from Belarus. While in Russia the businessman is being looked for by creditors, his business paid for with the Russian ruble in the fraternal republic is taking on new heights.

As The Moscow Post correspondent reports, the government, represented by Deputy Prime Minister Alexander Novak, instructed the Ministry of Energy (previously headed by Novak himself) to work out the issue of petrol supplies from Belarus. The necessity for this appeared ostensibly to "increase supply" in the domestic market, which should lead to a decrease in retail prices. But it is clear even to ordinary residents that the situation is outrageous: Russia is one of the "oil" countries. Our petrol should already cost a penny - and now we are offered to buy it from another state, when there is a number of our own refineries?

Experts on the market immediately rushed to assume that this is done in the interests of the owner of the Safmar group, Mikhail Gutseriev. The latter is considered a friend of President of Belarus Alexander Lukashenko, and almost a key "contact" for informal ties between the two capitals. "This is a person whom the president of Belarus strictly trusts," Lukashenko's press secretary Natalia Eismont explained earlier in an interview with Forbes.

Gutseriev owns the Russneft oil company, which has been experiencing serious financial problems in recent years. However, it seems that Gutseriev found a solution in 2020, one that could oppose the national interests of the country.

Against the background of another Russian-Belarusian "aggravation" with oil supplies after the contamination of the Druzhba pipeline, and a dispute over the price of supplies, Mikhail Gutseriev offered his "helping hand" to Minsk. He agreed to supply oil to Belarus when no state-owned company in the Russian Federation could do it.

That is, Gutseriev could deliberately weaken Moscow's negotiating position in the dispute with Minsk - and even get huge profits for it. Moreover, according to the Belarusian edition Tut.by, Gutseriev agreed to supply oil without a cash premium to the price! 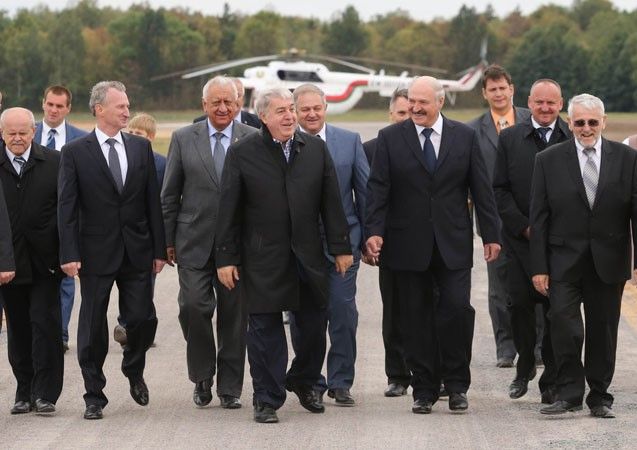 Mikhail Gutseriev and Alexander Lukashenko – will a strong friendship not break?

Moreover, the entire last year, deliveries were to go not only through Russneft, but also through Naftan (also part of the Safmar Group of Companies of Gutseriev). And now, it seems, we understand what could be expected. They hoped that very soon the same oil, processed at Belarusian refineries, will be sold in the form of petrol in the Russian Federation? Indeed, Gutseriev is good at business!

Novak and Khloponin rush to the help?

But the consent of Lukashenko and Gutseriev himself is not enough for this. We need serious support in the government. And, judging by the actions of Alexander Novak, it is he who supports this idea. And no wonder. According to our sources, Novak is allegedly in a warm informal relationship with former Deputy Prime Minister and ex-Presidential Envoy to the North Caucasus Federal District Alexander Khloponin.

Even before these positions, Mr. Khloponin was the head of the administration of the Krasnoyarsk Territory (2002-2010). Recall that Krasnoyarsk is the patrimony of another well-known oligarch, Oleg Deripaska, where he has many production facilities. Mikhail Gutseriev also has his own big business there.

After all, he owns the Russian Coal mining company, whose assets are located just in the Krasnoyarsk Territory. And also - in the Amur region and Khakassia. Moreover, recently the Kuzbass Fuel Company became part of Gutseriev’s holding. On the basis of both enterprises, Gutseriev is going to create the third largest coal company in the country. This was written by Kommersant.

Thus Gutseriev had and still has huge interests in the Krasnoyarsk Territory, just like Khloponin and Deripaska. Why the last one is mentioned? It was Oleg Deripaska who, at the end of the 1900s, bought the notorious Russneft from Mikhail Gutseriev, which today cheerfully supplies oil to the fraternal republic.

It was an extremely serious situation at the time. In 2007, the oligarch was accused of illegal entrepreneurship, a warrant was issued for his arrest and he was arrested in absentia. He himself had fled to London before that situation. Rumour has it that just across the Belarusian border, the doors of which were carefully opened by dear friend Alexander Grigoryevich.

Gutseriev's accusations were connected with the work of the Russneft company, whose shares were also later arrested. This was written by Rossiysaya Gazeta. However, even before that, Gutseriev managed to quickly sell all the shares of Russneft... to Oleg Deripaska's Bazel. The transaction amount was $3.3 billion. This was written by Kommersant.

Rumors that this was a "fictitious" transaction were in the air. As if it was necessary for Deripaska to  keep Gutseriev's key asset while he "resolves issues" in his criminal case. It seems that the issues were "resolved" - in April 2010, the case against Gutseriev was closed, and Deripaska safely returned Russneft to its founder.

According to evil tongues, it was allegedly Khloponin who advised Deripaska to help Gutseriev, who "got into trouble", "save" the asset from dividing. Now Mikhail Gutseriev can significantly help the ex-envoy, and now billionaire Khloponin and his former colleague in the government Alexander Novak - after all, the case with Belarusian petrol smells of huge money.

It is striking how the Gutseriev family "twists" and does not "sink" in any conditions, working on different sides and always remaining in the black. We write about oil supplies to Belarus, but there was also a scandal related to Ukraine. At the end of 2019, the security forces suspected the Gutserievs' structures of smuggling oil products to this country for more than 2 billion rubles. This was written by Kommersant.

Law enforcement officers came with searches to their homes and offices - in total, they carried out 14 operational measures. At that time, Mikhail Gutseriev’s son, Said, also a prominent businessman who conducts active business in Belarus, was criticized. For example, recently, his company Beristore Holdings Limited (the Gutserievs generally love offshore companies) bought the Belarusian Paritetbank.

Previously, almost 100% of the credit institution belonged to the Belarusian state. It is rumoured that this is another "help" of the Gutserievs to the Belarusian economy. At the same time, today, according to the authors of the telegram channel Dressed neatly. Black beard, allegedly in Turkey, 40-year-old Nihad Aliyev, the manager of the Azerbaijani oil company SOCAR, "accidentally" passed away.

Azerbaijani SOCAR has also repeatedly tried to link it with the Gutseriev family - they say they could lobby for the interests of this business on the territory of Russia. But now something else is more interesting: according to the authors of the same channel Dressed neatly. Black beard, allegedly the deceased was connected with Gutseriev by projects of energy supplies to Ukraine and Belarus, that "displeased" the Kremlin.

In this regard, the question is, could the sudden death of Nihad Aliyev have been hiding the ends into the water concerning the mythical oil smuggling, with which they tried to link Gutseriev's son Said? Meanwhile, as a result, no charges were brought against either him or his father Mikhail. There's no trial, and if there is noone who can point the finger at you, there's nothing to worry about.

Whether Aliyev could have pointed a finger at Gutseriev, we will never know. But the family probably has something to worry about: earlier there was information that the total debt of Safmar and related structures to various creditors could reach $15 billion. The amount is huge even for the Gutserievs. Most of it is owed to Sberbank, with which the family has agreed to restructure about 300 million rubles.

At the same time, Gutseriev continues to remember the loud collapse of the Binbank, where our hero's nephew, Mikhail Shishkhanov, led. The institution burst with a hole of 300 billion rubles. And this is only according to official data. According to unofficial estimates, it could reach 700 billion rubles.

Shishkhanov was the head of the bank from 1996 to 2017. According to rumours, it was his leadership, together with the advice of his uncle, that could lead to such a failure, and with it to the disappearance of billions of rubles of depositors.

The fall of the Binbank was probably brought closer by the loud scandal with the "Russian landromat". Allegedly, Binbank and Gutseriev together with Shishkhanov could be related to the work of the Moldovan "landromat". About 22 billion rubles passed through it, among which could well be the money of the depositors of Binbank. 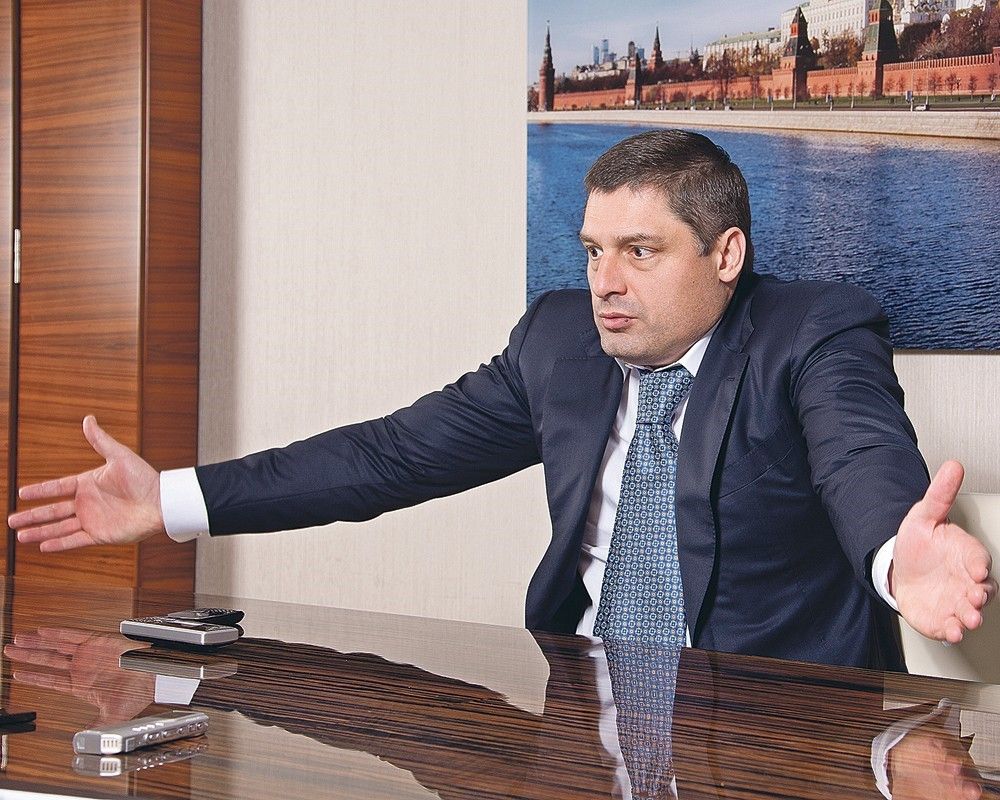 It turned out that neither the head of Binbank Mikail Shishkhanov (in the picture), nor other members of his family had anything to do with the collapse of the bank…

However, since the Russian state took the main financial burden of the collapse of Binbank, the Gutserievs and Shishkhanovs continue to do their business. And especially in the same Belarus, from where very soon petrol will "flow" to "oil" Russia.

Currently, Mikhail Gutseriev is building a new potash plant in Belarus. And it all started with the oil industry -in the early 1900s, he was appointed president of the Slavneft company, which was engaged in oil refining and modernization of the Mozyr Refinery. Then, as already mentioned, his own companies began to supply oil for processing to Belarusian refineries. And now, it seems, the flow will move back - to the greater enrichment of Gutseriev and official Minsk.

What about Russia, its budget, taxes, the pockets of taxpayers who will buy this petrol at exorbitant prices? Who cares... Gutseriev, it seems, feels well in Minsk.