Eduard Taran, who disappeared from view, is trying to draw the UK into the confrontation of economic entities around the local market. However, why was his name surprised in the arms trade with NATO countries.

The head of the Investigative Committee, Alexander Bastrykin, became interested in a case related to a possible violation of sanitary standards at a landfill in Novosibirsk.

This was preceded by another gathering of local residents the other day, who have been trying to draw attention to the problem of life between the cemetery and the landfill for several years.

Regarding what is happening, a criminal case has even been opened, which is being investigated, according to those who are not indifferent, sluggishly and reluctantly. According to investigators, there are no sanitary protection zones around the Levoberezhny landfill and the Ritual Services MKU of the Kleshchikhinskoye cemetery that reduce atmospheric air pollution. Given that the landfill is periodically burning, preventive measures are necessary.

But history may turn out to be much more twisted than just the struggle of ordinary citizens and authorities. And the leadership of the UK may be drawn into the redistribution of the market arranged by Eduard Taran. The correspondent of The Moscow Post in the Novosibirsk region understood the situation.

"On the battering ram"

The fact is that in the territory where social activists are "fighting," there is, among other things, the Khiloksky shopping center, known since the 90s as the Khiloksky market. Its direct competitor is called the Mandarin distribution center, located next door. And it belongs to the scandalous entrepreneur Eduard Taran, as well as Alexander Kayumov, a partner of the authoritative entrepreneur Mikhail Kolmogorov, who previously bore the name Chebotaev.

The latter can still be supported by a member of the Federation Council Committee on Regulations and Organization of Parliamentary Activities, former Novosibirsk deputy Vladimir Laptev.

So, the bottom line is that the protests of social activists are somehow very beautifully superimposed on the need to demolish Khiloksky when establishing sanzon.

In addition, the media and Telegram channels received information in advance that allegedly sanzones do not want to be installed on the personal instructions of Mayor Anatoly Lokt, who allegedly does not want to close the Khilok market. Such a small discredit, which, it seems, should set the authorities to accept the conditions of the townspeople if they do not want to "blur" their reputation.

One "but" - if you start all this operation to install sunsets, you will have to resettle apartment buildings, and officials do not like this. Most likely, it is for this reason that the case stretches so much. And by no means because the local mayor "covers" someone.

By the way, quite recently, the general director of Mandarin, Sergei Belous, was detained for bribes to the ex-prosecutor of the Novosibirsk region, Vladimir Falileev, and his former deputy, Andrei Turbin.

The money, according to investigators, was transferred for patronage and evasion of inspections. Or maybe also for moving the criminal case with the sun zones?

Mr. Taran himself is known primarily as the head of RATM Holding, who in 2010 was in the dock in the case of a bribe. The holding (or rather, the related structure) included several strategically important enterprises. for example, JSC "Screen-Optical Systems," which is the only manufacturer of microchannel plates for electron-optical converters and currently belongs to Rostec.

By the way, Taran recently almost went to jail again due to tax evasion when selling a 24% stake in the Lytkarinsky Optical Glass Plant (LZOS), whose products are purchased by the Ministry of Defense and Roskosmos.

As for the "Screen-Optical Systems," there may also be reasons for concern for Mr. Taran. The fact is that this company for many years supplied electro-optical converters to America, which, among other things, are used for military purposes.

Not only that, at the same time, FSTEC refused other manufacturers to do the same with the wording that this could harm the state interests of Russia, which directly violates the law on protection of competition.

So also, as Vladislav Boyarinov's lawyer commented on the situation, "FSTEK of Russia puts the financial well-being of Ekran-Optical Systems JSC above the security of the state: Having established that the buyer produces, among other things, night vision devices for the needs of US law enforcement agencies, and also supplies them to militarily unstable and terrorist regions of the world, including Ukraine, FSTEC of Russia, issues permission to export more than a thousand electronic-optical converters of JSC "Screen-optical systems."

As for other enterprises of RATM Holding, he at least still owns OOO Ekran-Razvitie, led by the Ekran plant, which is engaged in the production of glass. Including, most likely, for optical converters.

At the same time, the mass of holding enterprises has been liquidated - something with losses, something without indicators of real financial activity at all. 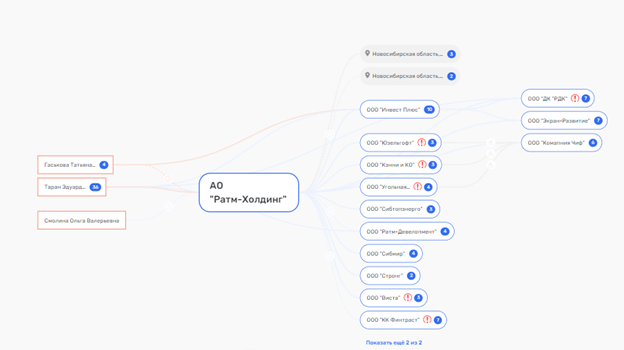 This situation suggests that Taran could use firms, many of which, by the way, under not fully clarified circumstances, got into the 90s, to withdraw funds. Photo: https://www.rusprofile.ru

Taran, as all self-respecting wealthy people, also has his own football club - Siberia. True, at the moment he is in the process of bankruptcy. But for now, the hotel LLC Blue Lake is "alive," which is "feeding" including from the budget of Berdsk. 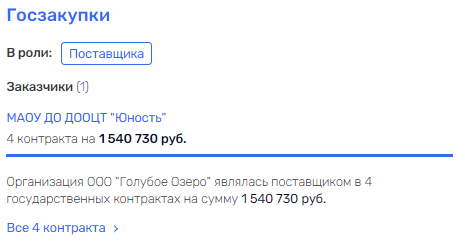 In general, Taran's business looks rather decadent, and there is an explanation for this. According to the authors of the site "Media 24," allegedly Taran seizes enterprises with the help of force, and later all funds are pumped out of the conquered structures and they become unprofitable.

Back in 2006, RATM representatives openly attempted to seize Angarskcement OJSC using the brute force of 40 private security officers. In addition, RATM bankrupt the tractor manufacturer Alttrak in 2005 - it is building to note that it entered the group of companies only a year earlier.

And there are a lot of such stories. What is it if not open naked raiding?

Several years ago, the co-owner of the Novosibirsk plant "Sibelektroterm" Oleg Utiralov tried in court to recover 268.8 million rubles from Taran for failure to fulfill the last memorandum allegedly concluded between businessmen to restore production at the bankrupt Sibelektroterm.

Utiralov stated that his partner in this case wanted to gain sole control over the enterprise, and for this purpose fraudulently forced him, in fact, to part with the business. As a result, for lack of evidence of an agreement between businessmen, Utiralov was left with nothing, and Taran and Sibelektroterm, on the sites of which he placed the capacities of companies controlled by RATM Holding.

By the way, recently the Ministry of Industry and Trade sued Sibeletroterm. The agency collected a loan of 3.7 million rubles from the defendant.

If it has come to the point that Taran is not able to cover such amounts without trial, probably one should not hope to save the asset. Photo: https://kad.arbitr.ru

Eduard Taran's current position forces him to apparently take risky steps, which can also include the battle over the landfill.

On the other hand, his name has not flashed on the pages of the media for a long time - he stopped giving interviews and as if he had "disappeared from the radar" altogether. Could this be due to the above-described "Ukrainian-American" precedent? In this case, Mr. Taran could well have left Russia.

He does not appear in the sanctions lists, and even in his homeland he may be under the "cap" of the security forces.