While the former Chairman of the Board of the North-Eastern Alliance bank, Vasily Golovinsky, who was sentenced to absentee arrest, is hiding from the investigation, the founders of the credit institution Dmitry Chirakadze and Timur Valiev continue their activities.

According to The Moscow Post, the Basmanny Court of Moscow has granted the request of the Investigative Committee of Russia to arrest in absentia the former Chairman of the Board of the North-Eastern Alliance bank Vasily Golovinsky. The financier, who escaped from Russian law enforcement agencies a year and a half ago, is accused of embezzling more than 200 million rubles by providing unsubstantiated loans. In total, 15 of its former top managers and beneficiaries, including the co-owner of Pravo.ru Dmitry Chirakadze, are being tried in the case of embezzlement in the North-Eastern Alliance. However, according to rumours, he may escape responsibility in this case, since he probably has the necessary acquaintances in the judicial corps.

But the case of embezzlement in the North-Eastern Alliance did not appear at once: the bank was deprived of its license in 2017, and the case was initiated only two years later. At the moment, there are 11 members of the bank's management board and four beneficiaries. This friendly team is suspected of involvement in the embezzlement of funds of the North-Eastern Alliance in the amount of at least 2.9 billion rubles. According to Rapsi, at the end of last year, the property of three members of the board of directors was seized, but the court rejected the claim of DIA regarding similar claims against twelve other persons, among whom Mr. Chirakadze may be.

However, the NEA, whose interests are now represented by the DIA, still recovered more than 900 million rubles from Kaffir LLC, which is controlled by Dmitry Chirakadze and the shareholder of the credit institution Timur Valiev. The two of them, it seems, could implement a scheme to withdraw assets from the organization by concluding a deal to issue a loan to Nivel Group LLC (co-owner - Valiev), under the terms of which the credit institution transferred to the company ordinary registered shares of PJSC GAZPROM in the amount of 3 million units, with a total value of 729 million rubles. NEA received only 100 thousand shares back, and then the debt was ceded to Kaffir LLC, which decided not to return anything more.

However, the Deposit Insurance Agency did not succeed in collecting funds from Kaffir at the first attempt. According to the file of arbitration cases, the first claim, filed back in 2019, was rejected by the agency. Last year, the North-Eastern Alliance bank itself filed an application to Nivel Group LLC and Pravo.ru, but the claim was also completely denied this time. Did Chirakadze's friends help solve the problem? 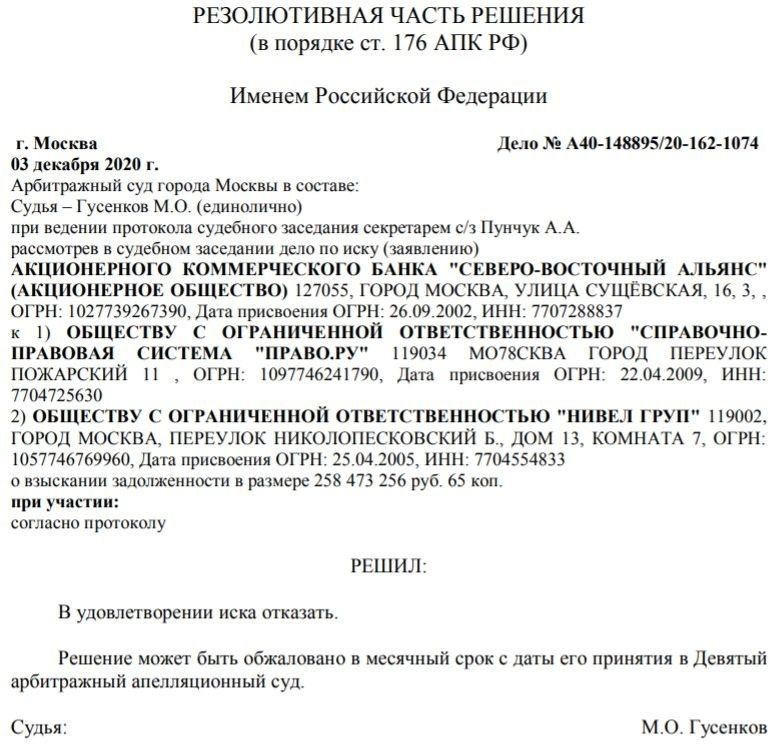 Perhaps, it was thanks to them that for a long time no one paid attention to the activities of the NEA, which the Central Bank then described as having a "captive character" (that is, it could be a "pocket" bank - ed.). Previously, The Moscow Post wrote about this in detail.

"Mastered" the money of the state bank?

But this is not the first banking story in the career of Chirakadze. Earlier, spiteful critics suspected him of involvement in the development of VTB funds, which the state bank issued to LLC JV Arkaim. As reported by RIA Novosti, VTB under a loan agreement with the company opened a credit line to him in 2009 with a limit of issuance of almost 1.5 billion rubles. At the same time, the bank received from the regional government state guarantees of the Khabarovsk Territory in the amount of 1.8 billion rubles. The guarantor undertook to bear subsidiary responsibility for the debts of Arkaim. The latter did not return more than 745 million rubles, after which legal disputes began between VTB and the regional authorities, which continue to this day.

And while the state bank was trying to get its money back, another creditor of the enterprise suddenly "surfaced": the Cyprus Barger Limited demanded from Arkaim the return of about 183 million rubles. Even then, many people had questions - why did the Russian company borrow from an offshore structure, if it already had multibillion loans from VTB?

Meanwhile, it turned out that Barger Limited has an account in the same North-Eastern Alliance. Is it possible that in fact the debt to the foreigner was created fictitiously, and the ultimate beneficiary of the Cyprus firm was Mr. Chirakadze? Moreover, that he may know firsthand how "schems" for the withdrawal of assets work.

By the way, as the authors of Nasha gavan claimed, the interests of the Cypriots were allegedly represented in the courts by lawyer Dmitry Igorevich Khorst. The latter also cooperated with the lawyers of the Pozharsky and Partners company, transferring them considerable sums on behalf of Barger Limited for representing its interests in the courts. Mr. Khorst simultaneously represented Barger Limited in the same courts, but this time from the Pozharsky and Partners company. In its turn, Pozharsky and Partners are neighbours of Pravo.ru, they are located in the same building in Moscow. All this may also speak in favour of the fact that Chirakadze is behind the offshore office.

However, for some reason, there are no specific and serious questions to the businessman. According to rumours, this luck is due to the fact that he has extensive connections in the judicial corps. Perhaps it is no coincidence that in 2009 he won a state tender for the maintenance of 76 websites of arbitration courts (in all subjects of the Russian Federation)? To this day, he is perfectly "fed" on judicial contracts: in particular, at JSC Pravo.ru accumulated orders for 235 million rubles, the "top" customers are - Federal State Budgetary Institution Information and Analytical Centre of Judicial Department and the Supreme Arbitration Court of the Russian Federation, Chirakadze is even called the "king of e-justice" by rumour-mongers.

There are rumours that he could develop this direction at the expense of NEA. They say that at one time, for a penny and even at a loss, he maintained websites, developed programs and provided other services for the Supreme Court and other courts of Russia. According to the authors of the Russkiy Kriminal portal, the entrepreneur allegedly did not plan to earn directly on the judicial sites - at first it was necessary to establish contacts with the servants of Themis to solve problems in the courts of his own business. And then, they say, solving problems in the courts for very wealthy clients became Chirakadze's main business. If this is true, then it becomes clear why Chirakadze seems to remain "on the sidelines" in the scandals with banks.

Moreover, according to the authors of the VChK-OGPU telegram channel, Oleg Sviridenko was called the alleged secret co-owner of Pravo.ru, who previously worked as a Deputy Chairman of the Supreme Court, and then was appointed to the post of Deputy Minister of Justice of Russia. Was it he who ensured Chirakadze's close cooperation with his colleagues?

At the same time, no one seems to be at all confused that Pravo.ru is controlled by the offshore GRENSON FINANCIAL CONSULTANT LIMITED. Were there the funds of the North-Eastern Alliance and VTB? However, there is an interesting nuance: according to the Opencorporates database, a foreigner has been inactive since 2005.

Apparently, such "friendly" characters as Chirakadze are not to be asked. After all, presumably he has not limited himself by "connetions" in the judicial corps - according to rumours, the entrepreneur is on a "short leg" with many other business representatives. For example, previously mentioned Timur Valiev, a long-time business partner of Chirakadze and a family friend, works as Deputy Director of Legal Affairs at EN+ of Oleg Deripaska. Alexander Zablotskis was Chief Lawyer of Pravo.ru, then he became the Director of Legal Affairs of Mikhail Fridman’s A1. Probably, Chirakadze is also familiar with Herman Gref: Pravo.ru has a common asset with Sberbank - Centre for Bankruptcy Technology LLC.

It seems that it is all these extensive connections that help Chirakadze to keep afloat so far - to develop his business, while avoiding criminal liability. However,  he was noticed in quite loud stories - is he not afraid that people in uniform will still come to visit him?