"Pravda" of Karapetyan and Govyadin

Has developer Samvel Karapetyan decided to partner with the scandalous Ildar Samiev and Sergey Govyadin, who have already been noted in an ugly story with the alleged "pressure" of another ex-partner?

According to the correspondent of The Moscow Post, the construction of a multifunctional complex on the site of the former Pravda cinema on Lyusinovskaya Street will be handled by the Tashir group of Samvel Karapetyan. The structure of the company, Tashir Invest, became the owner of 65% of Trade Investment Group LLC, which, in its turn, belongs to the Lyusinovskaya, 57 company, which owns 0.54 hectares at the address of the same name. Apparently, he will deal with Pravda together with the odious businessmen Ildar Samiev and Sergey Govyadin, a partnership with whom at one time turned into a criminal case for Albert Khudoyan. But Karapetyan, it seems, is not afraid of repeating a similar story with his own participation, since he is by no means an odrinary person and has enough "necessary" connections.

Tashir is planning to build a multifunctional complex with a total area of 27 thousand square metres. Previously, the owner and director of Lyusinovskaya, 57 was Armen Shakhazizyan, co-owner of the Luding GC, which supplies wine and spirits to the Russian market. The new director is Oleg Silantyev, who has also been working with Shakhazizyan for a long time - in particular, he heads AMS Metal-Invest LLC, owned by his son Grachya Shakhazizyan, which is engaged in the construction of residential and non-residential buildings. However, the share of Shakhazizyan Jr. has been pledged by RNKB Bank since 2019, so it is possible that Tashir may enter this business, especially since the asset is a core one for it.

However, we will focus on Silantyev in more detail. According to The Moscow Post, he has extensive connections in the prefecture of the Western District. Since February 2021, he has been the head of Seven Development LLC, owned by Oleg Gelasimov. The latter was the head of Zodchiy-Invest LLC in 2015-2020, which, in turn, is associated with the name of businessman Ildar Samiev.

Zodchiy-Invest became famous after the scandal around the Moscow Planernoye TIH, which was co-invested by the company. As Vedomosti wrote, in 2011, the commissioning of the TIH tried to challenge in court Garant Bauinvestition GmbH LLC, which at one time attracted the firm of Samiev. According to the company's claim to Mosgorstroynadzor, the transport interchange hub was put into operation according to falsified documents.

Lawsuits began, the real reason for which the rumours called the conflict between former associates - Samiev and the former deputy prefect of the Western Administrative District of Moscow Vitaly Danilenko - who worked together on the TIH project. As a result, the former partners tried to block each other's work, so it is not surprising that in the end, the hub caused a lot of indignation among the public: they say, both the appearance is not satisfactory, and the functionality itself is "lame".

And here is another interesting point: the ex-director of Seven Development, Vasily Urvanov, who was replaced by Oleg Silantyev, once worked as the head of the Presnenskoe municipality, and then - the deputy prefect of WAD of Moscow. And the very scandalous TIH is located - here's a surprise - exactly in this district. 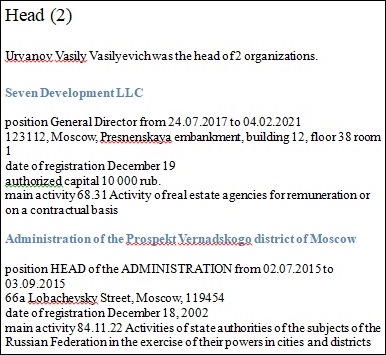 It turns out that the "threads" from Karapetyan lead directly to Samiev. And here it is worth remembering that the latter often works with Sergey Govyadin. What if in the case of the Pravda cinema, the businessmen decided to "figure it out" for three?

"Friendship" turned into a criminal case

In this case, we can say that Karapetyan is taking a risk in a certain sense, because many people remember what the cooperation with Govyadin and Samiev turned out to be for businessman Albert Khudoyan. As RBC wrote, he is now a defendant in a fraud case for 2.2 billion rubles. Observers have long noted that this case is sounds shaky - they say that with the help of criminal prosecution, his former partners only tried to "get rid" of Khudoyan. By the way, the case has been going on for a long time, and it was even sent back to the prosecutor's office, because they found a violation in it. Khudoyan was even offered to "close" him for a bribe, but as a result, the security forces themselves, who incited the businessman to a crime, were under the gun of law enforcement officers, as Kommersant wrote.

It seems that Govyadin and Samiev have long wanted to be the sole owners of the rights and plots for Prime Park, which they were engaged in together with Khudoyan. Khudoyan's defence believes that the ultimate goal of the entrepreneur's detractors could be almost a raider takeover of his business Optima Development, which participated in the Prime Park project.

The last one was decided to be built by Govyadin and Samiev back in 2015 - then Samiev was a deputy of the State Duma from the Fair Russia. They decided to work through the company Mansfield Executive Limited, which, by the way, later wrote a statement to law enforcement agencies, as a result of which Khudoyan was brought to justice.

It is interesting, of course, how the State Duma Deputy was able to do business at all. Wasn’t anyone confused by a direct violation of the law? Khudoyan also entered the project with his Aviacity LLC, which owned the rights to long-term lease of three land plots on which the construction was to be carried out.

Govyadin and Khudoyan bought half of the shares of the Cyprus offshore Vesennyaya company, which was the owner of Aviacity. However, as Govyadin later claimed, Khudoyan allegedly violated the agreement and transferred the lease rights of the territory to his own companies Prime Park and Leader LLC. 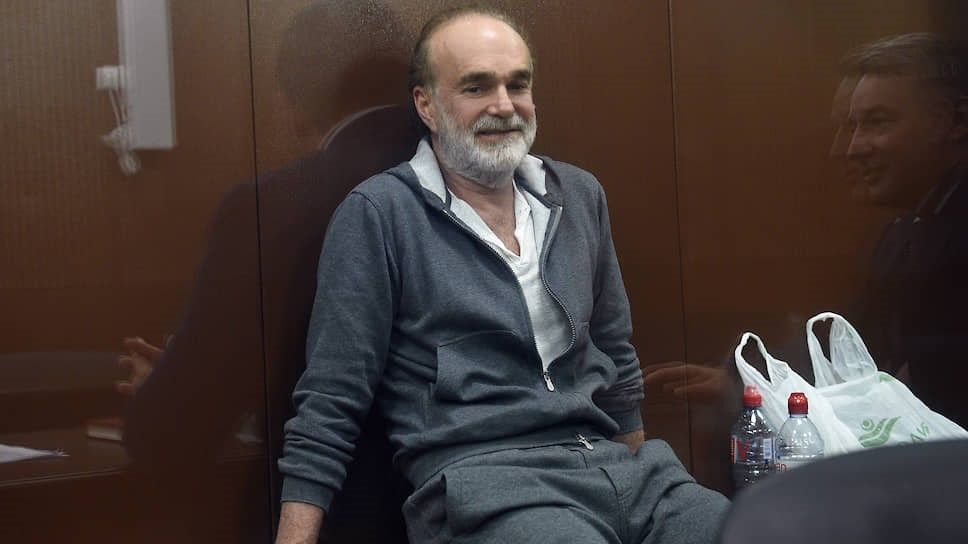 And after Khudoyan was in the pre-trial detention centre, from where he was not released even on a solid bail of 1 billion rubles. All this may indicate that someone just very much does not want him to get out of custody. As Novaya Gazeta wrote, Khudoyan himself connects his business with former partners and openly says that they only want to "shake off" $400 million from him.

However, if Govyadin and Samiev really wanted to gain control of the partner's business, then they did not succeed in the end. After the beginning of the confrontation of the merchants, Khudoyan's company sold the Prime Park development project to Fridman’s A1 structures.

Samiev himself also has problems with the security forces now: in 2017, he was arrested and charged with a particularly large fraud, According to RBC, we can talk about real estate scams worth about 850 thousand dollars. According to some reports, the former parliamentarian has debts of tens of billions of rubles, a significant part of which he owed to Svyaz-Bank, to which, allegedly, he did not think to fulfill his obligations. One of the episodes of this criminal case is the sale of an apartment in Knightsbridge Private Park, which was pledged by a bank, to the forward of the Russian national football team Fyodor Smolov.

There are very ambiguous rumours about Govyadin - they say that once he could have had connections with the near-criminal world. The businessman is also considered close to influential officials from the security forces. This would explain why the usual economic case has flowed into the criminal plane. According to PASMI, among the good friends of Govyadin may be the Chief of Office of the Minister of Internal Affairs Vladimir Kolokoltsev Alexander Nikolaev. The latter allegedly provides patronage to the businessman, and, on a reimbursable basis. This, according to journalists, can be a payment of hundreds of thousands of dollars a month. It was through Nikolaev that Vladimir Kolokoltsev could be brought to justice concerning the situation with Khudoyan, and he would already give the command to open the case. This, by the way, would explain why an ordinary commercial dispute suddenly turned into a criminal one.

What can be said, Karapetyan seems to have joined an interesting company! It is possible that the presence of influential connections could bring the developers closer together. The fact is that among Karapetyan's good friends, rumour-mongers call Moscow Mayor Sergei Sobyanin, the son of ex-Prosecutor General Artem Chaika, the son of Interior Minister Vladimir Kolokoltsev. With the latter two, in particular, he conducts joint business, as previously described in detail by The Moscow Post. Is it possible that Karapetyan’s people got together with Govyadin just on the basis of mutual friends from the Ministry of Internal Affairs?

Apparently, this allows developers to choose very aggressive tactics when doing business. For example, Karapetyan's detractors also noticed the use of force against his opponents. As the authors claimed on the SMI6 portal, allegedly in February, representatives of the private security enterprise of the holding beat up public figures who went out to protest against the construction of the Tashir residential complex on the site of the former park.

Then even the Deputy of the Moscow City Duma Ekaterina Engalycheva got it: she was blocked in the car, putting concrete blocks under the wheels and blocking the road with another car. That is, in fact, taken hostage! And after that, the court also fined her 30 thousand rubles for organizing a mass event, according to Znak. Is this what happens to those who oppose Karapetyan?

May it be is customary in the Karapetyan family to deal with opponents using methods that come from the "dashing" 90s? According to RBC, in 2019, his nephew Narek Karapetyan was charged in Armenia with beating and extorting a large amount of money. Then businessman Vahe Parazyan said that a relative of the developer demanded 10 million euros from him. In turn, Parazyan's father Ashot once worked in Tashir, from where he was dismissed with a scandal in connection with the organization of corruption schemes with the company's contractors. What a "company" gathered under the roof of Tashir!

Taking all of the above into account, there is little doubt that Karapetyan can actually start working with Govyadin and Samiev. Do the business methods have some similarities? It becomes especially disturbing in the light of rumours about the presence of connections in the power structures. After all, this may mean that if a new construction project turns into another scandal, that law enforcement officers can simply ignore it.