Vladimir Potanin again called out the trouble, which will lead to huge losses, but the main thing is that it can harm the ecology and health of people.

Yesterday, the industrial site of the Kola Mining and Metallurgical Company (Kola MMC) in Monchegorsk, which is part of Vladimir Potanin's Norilsk Nickel holding, caught fire. The fire was extinguished for 12 hours, and only by luck did the workers quickly manage to evacuate, and no one died.

Due to the likelihood of harmful emissions, experts took air measurements every half hour - production is very harmful. But recently, Norilsk Nickel paid a record fine of $2 billion (more than 140 billion rubles) for bottling petroleum products near Norilsk, which led to the largest environmental disaster in decades.

Kola MMC is a huge enterprise specializing in the extraction of sulfide copper-nickel ores and the production of non-ferrous metals, where about 13 thousand people work. The disaster here is a disaster for the entire region.

The fire occurred in the cobalt department of the nickel-2 electrolysis workshop (TSEN-2), that is, directly on the work site. The roof partially collapsed near the building, the enterprise can be stopped altogether.

It turns out that if in 2020, after bottling oil products from the Potanin TETs-3 near Norilsk, the oligarch suffered financial and reputational losses, then here he may lose even more money, because we are talking about stopping production. According to some estimates, Potanin's losses could exceed $2.8 billion. What led to this?

Violations as a rule

The reasons for what happened are being established. But it is known that there were repeated claims of Rostekhnadzor against the enterprise and related structures. It is highly likely that in pursuit of profit, the oligarch simply forgot about the safety of people and environmental protection.

During verification activities in October 2021, it would seem that quite recently, experts revealed 92 violations in the field of industrial safety. And it's not even scary, but the fact that they were repetitive, systemic. 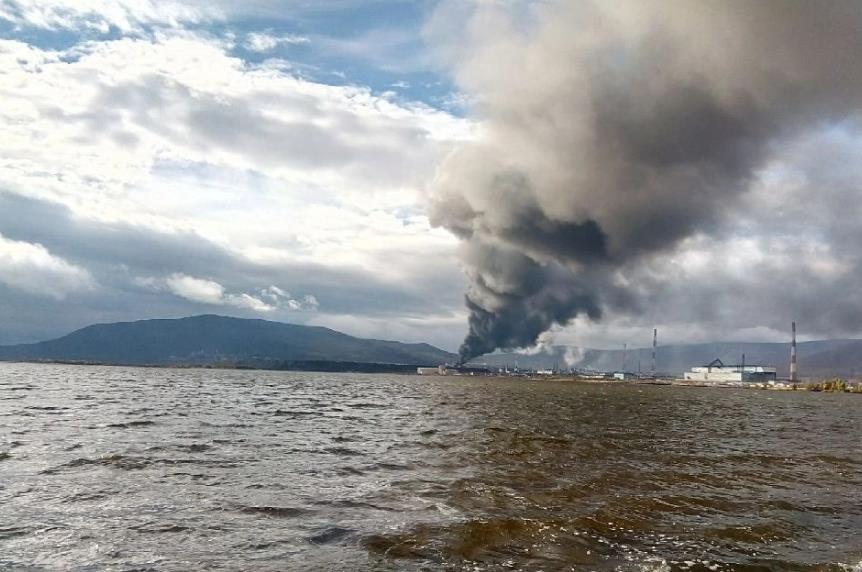 The fire at the Kola MMC could probably be seen from space. Photo: Ilya Grachev/Komsomolskaya Pravda

As indicated on the Rostekhnadzor website, this may indicate unsatisfactory production control by specialists and managers of the enterprise.

It is hard to believe that Potanin and his top management were not aware of almost a hundred violations at the facility, which produces up to 30% of all nickel ore for his empire. I.e. we can talk about criminal negligence - but only the court can establish such a thing.

According to the authors of the telegram channel Kremlevsky Mamkoved, allegedly over the past seven years, the Kola MMC was checked more than a hundred times, and allegedly found critical violations that could lead to a fire. For example, an electric cable was laid directly through the tank farm, electrical equipment is not grounded.

There were also prosecutor's checks, during which violations were revealed. Is it really not "piled up" on a criminal case?

One of the inspections took place in April 2021, information about it is on the website of the Prosecutor General's Office. As a result, a number of violations were identified. By the way, one of them, quote: "Monchegorsk industrial site" with the 47-0151-001009-P code conducts production environmental control in an incomplete volume. "

Former mayor of Norilsk Rinat Akhmetchin was convicted of negligence. The court found him guilty of not taking any measures for two days to stop the disaster. Apparently, they tried to hide the scale of what happened - in whose interests, and who could give Akhmetshin, the former general director of Norilsk Nickel, such a team?

And only later, when all the examinations were carried out, the light on the accident on the TETs-3, which cost Potanin a fine of 150 billion rubles, was shed in the same Rostekhnadzor.

It turned out that the tank was put out for repair in 2015, and therefore state supervision over it was suspended. In 2019, the operation of the tank resumed without notification to the regulatory authorities and was carried out without proper compliance with industrial safety requirements. And again, do not give a damn about people and nature - let me make money!

Rostekhnadzor regularly checked the TETs-3. And the problems with the storage of fuel at the enterprise were known during the inspections that took place several years ago. 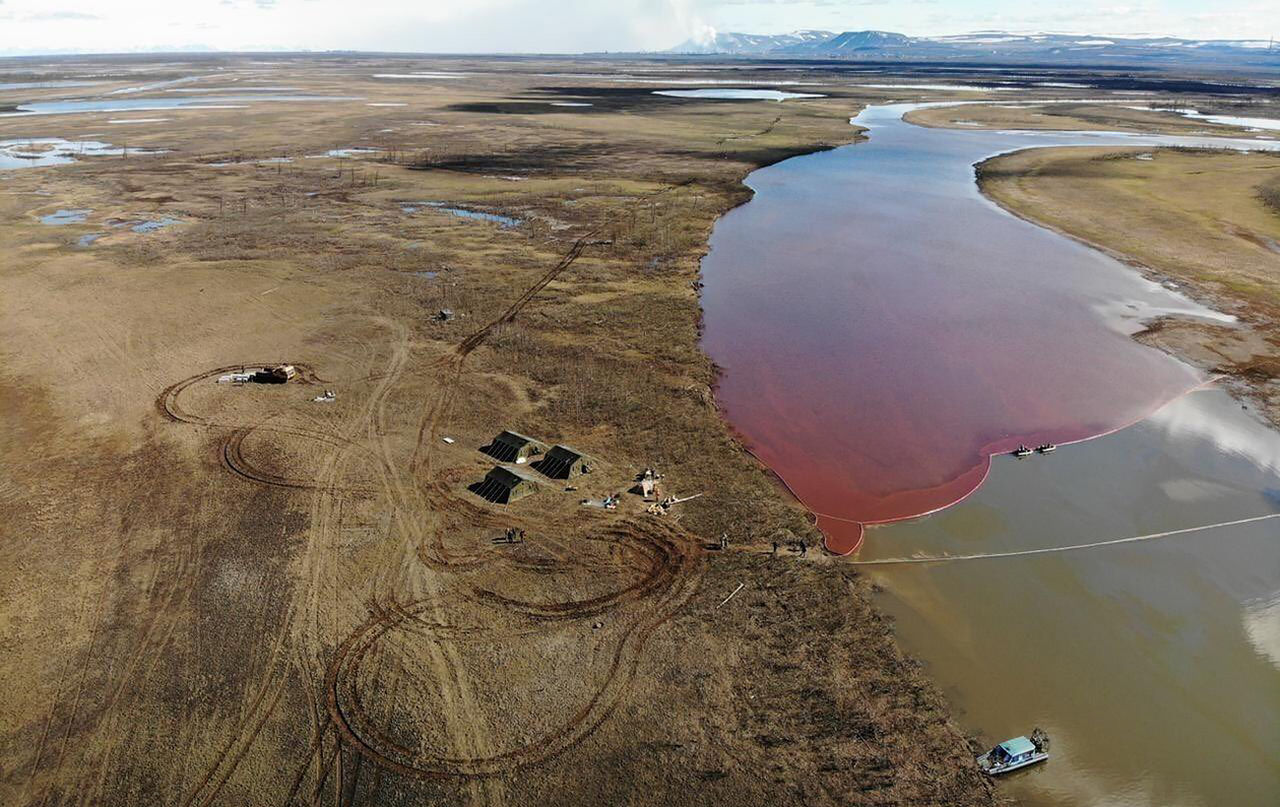 The disaster near Norilsk caused a shock even among experienced ecologists. And Vladimir Potanin and his business did not draw any conclusions? Photo: ecologyofrussia.ru

In total, in 2017-2018, the supervisory authority revealed 33 violations committed during the operation of the site with diesel fuel tanks. And the prescriptions for the repair of the tanks themselves were issued to the enterprise even earlier - starting in 2014.

As you know, the stingy pays twice. Potanin will also pay in the case of Kola MMC. But this style of doing business cannot but raise questions - what does oligarch Potanin, the author of infamous collateral auctions, allow himself?

But he behaves more than defiantly, sending dust into his eyes. Just yesterday, when the fire was burning, the owner of Interros and the president of Norilsk Nickel, Vladimir Potanin, announced that he was donating a significant part of his capital to socially useful projects. And the first major asset whose shares the entrepreneur will transfer for these purposes will be the recently acquired Rosbank.

The statement simply strikes with its cynicism. Against the background of super-profits and man-made disasters at his enterprises, Vladimir Potanin is trying to buy the loyalty of society.

And moreover, for what - after all, "Rosbank" he bought from the French Societe Generale for 0.2-0.3 of its capital (40-60 billion rubles), as Forbes wrote. That is, at a huge discount, when the seller did not even think of recapturing his investments.

And now Potanin makes a "gesture of goodwill" - he will do socially useful things. At this time, the same Tinkoff, which was also in its orbit, introduces horse interest on foreign exchange transfers, causing indignation among thousands of people. Profit must be made on everything. The dissatisfied do not care.

However, for Potanin, it seems, there have long been no limiters. In 2019, the market was excited by rumors that he could get a stake in En + Oleg Deripaska, which he allegedly wanted to buy from the former wife of the oligarch Polina Yumasheva and her father Valentin Yumashev (ex-head of the Presidential Administration Yeltsin).

In this case, Potanin's Interros would have gained a serious advantage over Oleg Deripaska's Rusal in the fight for Norilsk Nickel, and this is a new round of a long-term conflict. However, then the deal did not take place, that story was analyzed in detail by The Moscow Post.

We mentioned for a reason that Potanin is the author of the infamous collateral auctions. After all, most of his assets, which bring him billions, but on which accidents occur, people die, the environment deteriorates - he also received for real pennies. What was built by generations of our fellow citizens!

In 1995, it was Vladimir Olegovich, together with a group of other bankers, who offered the state loans secured by shares of state-owned enterprises. The auctions were held, and on September 1, 1996, the pledge of shares received by banks expired. Huge state assets were in the hands of Potanin and people as visionary as himself.

One of the most active creditors of his native state was ONEXIM Bank, which Potanin founded with another future oligarch Mikhail Prokhorov.

The main award was subsequently 51% of the shares of Norilsk Nickel from the very first collateral auction (initially Potanin received only 38%). Such a pleasure cost only $170 million - an absolutely ridiculous amount for such a giant.

"For this penny, he managed to buy 51% of the oil company JSC SIDANKO, 20% of OJSC Novorossiysk Shipping Company, 14.8% of the Novolipetsk Metallurgical Plant, as well as OJSC North-Western Shipping Company."

In the summer of 1996, structures controlled by the oligarch acquired a stake in Svyazinvest. So forged the huge empire of Vladimir Potanin, which now has become the cause of so many environmental troubles. 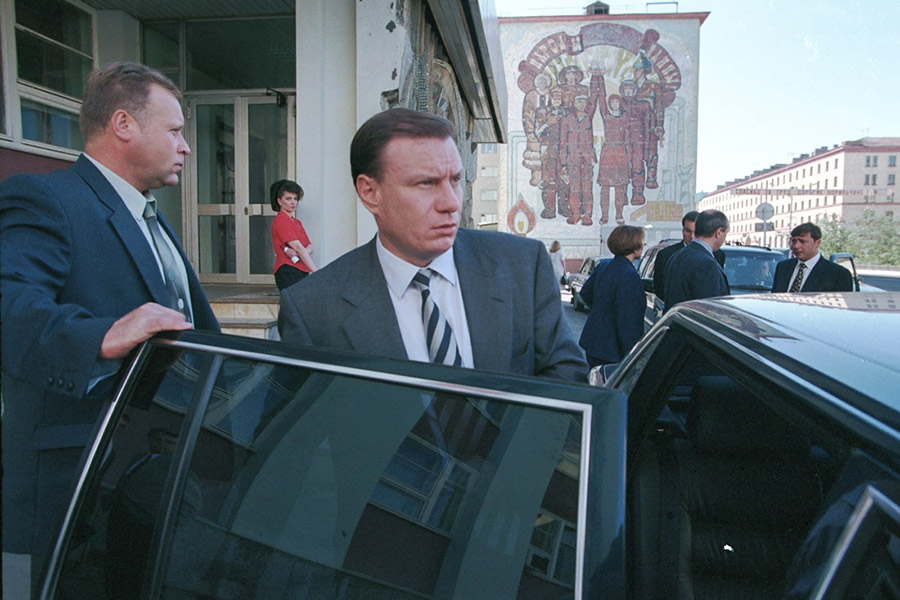 But it seems that history, violations, fines, tainted ecology and human health mean nothing to the oligarch when it comes to maximizing benefit.

17 August, 6:41
PIKovid problems of Sergei Gordeev, or bankruptcy not for nothing
See also