It seems that there are attempts to hush up the case with the demolition of Saltykova's historical house, because a friend of Governor Alexander Beglov plans to build on this site. The head of the Investigative Committee, Alexander Bastrykin, aimed to promote this story from his own commercial interests?

The scandal continues with the demolition of the monument of cultural heritage - the house of Saltykova in St. Petersburg. The prosecutor's office did not allow to initiate a criminal case with the wording about the alleged impossibility of identifying the involved civil servants from the local committee for the protection of monuments.

This decision will be appealed by the Investigative Committee of the Russian Federation on the personal instructions of its head Alexander Bastrykin, who personally came to the facility on August 24. Interestingly, now there is an investigation of a whole galaxy of such criminal cases, where the prosecutor's office does not conflict with the UK. Why in this case the departments did not agree, and who can stand behind the story with the demolition - in the material of The Sankt-Petersburg Post.

The construction on the site of Saltykova's house is going to be carried out by the company "SZK" (Northern Land Company). It is easy to guess that she is an interesting person in the demolition that has begun. The founders of the office are two Cypriot offshore companies - YUROEKTIV LIMITED and TRANSGATE LIMITED.

According to the Cypriot register, the first of them is registered on Alexei N. Ponedelnikov.

The list of founders of the second includes the same lady as in the first - a certain Maria Trasvola. We can assume with a high degree of confidence that the same ultimate beneficiaries are behind both offshore companies.

Alexey Nikolaevich Ponedelnikov in 2017-2018 headed the "Agency for the Development of the Property Complex of St. Petersburg" (SPB GBU "ARIK"), subordinate to the local committee of property relations (KIO).

He left the post amid a wave of arrests of heads of organizations controlled by KIO. Although the department itself emphasized that the personnel decision was not related to cases of bribes, for which the deputy director of the State Institution "Property" Alexander Ivanov and the deputy head of the Property Fund Ilya Zhinkin were detained and is a consequence of "planned" permutations, I believe little - Ponedelnikov did not work for a year.

Now his name is highlighted in the next scandal, which they are trying to hush up - and heads fly from others, and around the figure of Ponedelnikov it is like a vacuum. Who is Mr. Ponedelnikov and is there a "powerful of this world" behind his figure who do not allow him to plunge into the abyss of criminal prosecution or is this just a coincidence? 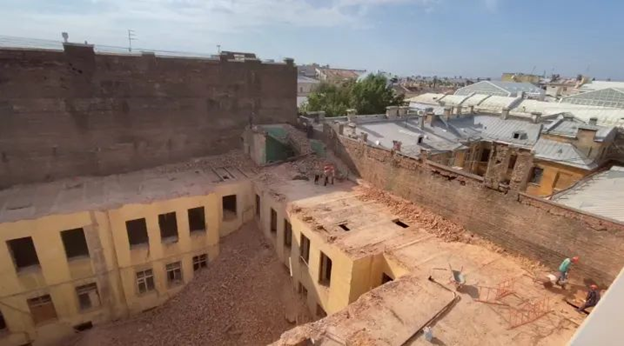 Not the girl of Praskovya, but from the Moscow region

Ponedelnikov Alexey Nikolaevich arrived in St. Petersburg from Moscow. There he had an individual entrepreneur selling real estate and the now liquidated organization Rosevropark, which was engaged in recreational and recreational activities. Near the capital in the Moscow region there are other companies designed for the above-mentioned offshore companies - construction "SK Stroyd" and architectural "Landkom."

SZK previously belonged to Viktor Tyryshkin, the owner of the Moscow Region developer VIT Corporation. According to DP, Ponedelnikov worked as a financial director in this office in 2014.

This company, judging by the number of its public procurement, may be on a short leg with government agencies near Moscow. In particular, she collaborated with the KIO of the Pushkin district. 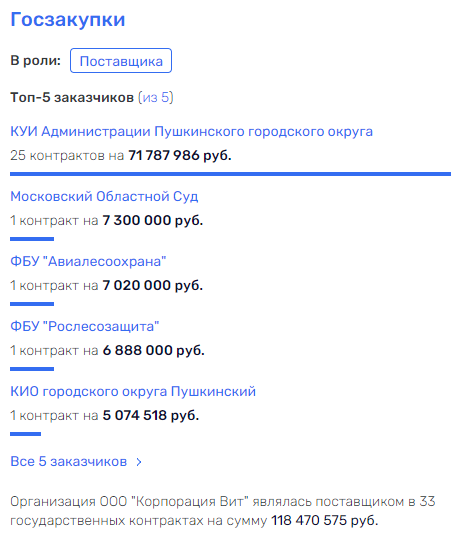 Everyone knows that colleagues often help each other, including they can put a word in front of employers. It is quite possible that Mondays also fell into an institution subordinate to the St. Petersburg KIO as a result of such a service.

There is also a company "SMK" in Tyryshkin's orbit - it has three state contracts from the SPB GKU "FKSR," subordinate to the St. Petersburg KIO. All are dated 2021. It seems that even after leaving the post of head of one of the institutions of the committee, Ponedelnikov did not lose ties. 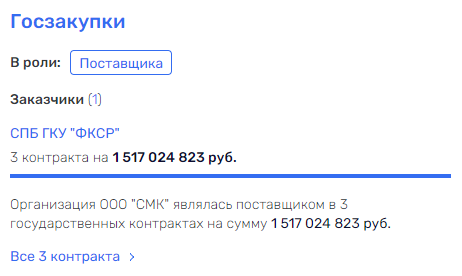 On the "short leg" with Beglov

Or maybe it's not at all in Ponedelnikov, but in his boss? Viktor Tyryshkin is mentioned in the media as a philanthropist who financed a lot of religious objects in Yaroslavl and Kostroma. It is known that in this role he performed in the 2012-2017 in the Central Federal District (CFD). The Governor of St. Petersburg, Alexander Beglov, at that time was the plenipotentiary representative of the president in the Central Federal District.

And in 2016, Beglov, together with Tyryshkin, came to look at the Kostroma Kremlin complex recreated at the expense of the latter. The media write that it was here that strong friendly ties were established between the St. Petersburg mayor and the entrepreneur, which played a role in Tyryshkin's business directly in St. Petersburg.

It seems that the prosecutor's office could have been given an excuse from the very top, as they say, not to touch Mr. Patron. The officials of the KGIOP naturally do not touch either that they issued permission to demolish this building. Otherwise, the work will have to be curtailed. And Mr. Tyryshkin hardly wants this, as, apparently, he does not want his "senior comrade," on whose personal instructions permission could be given to demolish the mansion.

Similar situations that cast a shadow on Tyryshkin and Beglov have already occurred in St. Petersburg. For example, "VIT Corporation" seven years ago in St. Petersburg rented the former Nikolaev Charity House at 20 Rasstannaya Street. She rented, but does not carry out work to preserve the monument, although she promised to invest up to 1 billion rubles in the restoration, and then equip a medical center and a nursing home for priests here. The building was transferred without bidding, although the classic procedure when transferring for such a long time obliges them to carry out.

In fact, perhaps no restoration was planned, and the company most likely expects the building to collapse, and in its place it will be possible to build a residential complex or apart-hotel, which recently can be built on the site of former historical buildings.

KGIOP is now even suing the companies because of this house. It is reported by Business Petersburg. There is a kind of twofold - either a split in the ranks, or simply the need to conduct a case against VIT in order to avoid the attention of the UK.

In addition, Sergei Makarov is now listed as the head of the St. Petersburg KGIOP - he is also considered an official close to Governor Beglov. In 2001-2003, he was the head of the Department of the Legislative Process of the Department for the Preparation of Legal Acts of the Administrative Committee of the Administration of the Governor of St. Petersburg. At the same time, Beglov was the vice-governor of the city. Then he worked for a long time in positions under the President of the Russian Federation and again returned to the Northern Capital as the mayor. Makarov at that time was already the head of the KGIOP.

Although initially the interests of KGIOP are unlikely to be lobbied here, because, as we wrote above, the prosecutor's office does not contradict the UK in other aspects of similar cases. On the other hand, it is quite possible that the launder went through Beglov to Makarov specifically for this object, and he was engaged in signing the documentation.

So while Beglov in an interview tells how important it is to preserve the historical and cultural heritage, the monument houses in the city are being demolished, and they are trying to put cases against officials under cloth.

It is likely that Bastrykin himself drew attention to what was happening, because he knew about the possible connections between Tyryshkin and Beglov. In order not to twist the story, the head of the investigative committee may fall over a very good bag of money. Perhaps this is what the chief investigator of Russia is seeking? Why do officials always pay attention to lawlessness when nothing can be fixed?