In the new transaction of structures close to Viktor Vekselberg, traces of Sergei Polonsky, who had served time, appeared on the real estate market of the capital.

The companies included in the Kortos group of Viktor Vekselberg (LLC Specialized Developer Leader and LLC Megastroy Invest) bought from Pavel Tyo PKF Turan, which owns the rights to build 8.3 hectares in the industrial zone "South Port" in eastern Moscow.

Do not hide in the web

Megastroy Invest is registered at MKOOO Khloen Holdings. That, in turn - at the ICSAF "RSG International." The latter belongs to Kortos, and he belongs to Kortos Holdings. The share of the founder under the encumbrance of Golubitsky and Vekselberg. Golubitsky is also the founder and CEO of Kortos Holding itself. However, his share in the pledge from the Bahamian RENOVA ASSETS LTD..

Threads from LLC Specialized Developer "Leader" (shares of the founders of the company pledged to DOM.RF) also lead to MKOOO "RSG International" and further along the chain. But there is also an offshoot - the second founder of the "Leader" LLC "Yuzhnoportovaya" is registered for the closed mutual investment fund "Uralinvest." It is managed by Aurum Investment Management Company LLC, designed for Eduard Pozdnyakov. He also led Concordia-Asset Management until 2017.

The latter, according to Gazeta.ru, in 2013 became the object of attention of law enforcement officers in connection with the investigation of the criminal case of Mira Group Sergei Polonsky on the fact of embezzlement of 6 billion rubles from depositors during the construction of the Kutuzovskaya Mile. 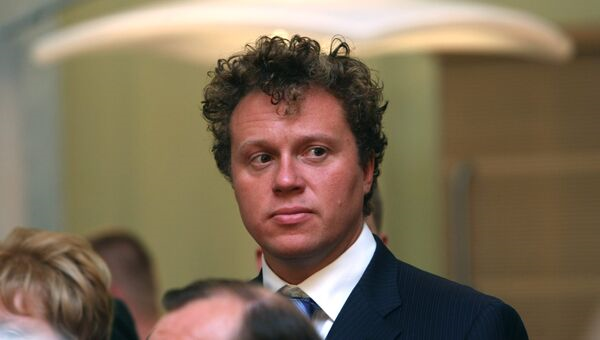 Such a complex structure of founders, apparently, is aimed at hiding the names of beneficiaries. And, if Vekselberg knows about the ownership of Kortos, then Golubitsky and the structures that may be associated with the scandalous developer Polonsky, who was released a year ago, are relatively hidden here.

Who is - Mr. Golubitsky?

In the 90s, Golubitsky, together with police major Andrei Ivanov, founded the Uralcontract company. The spiteful critics assure that, using their official position, they allegedly carried out illegal transactions with bills, using Sigma LLP for financial fraud. True or not, we do not undertake to judge. For certain, we are aware of the facts of the supply of expired food. This was reported by "New Look."

Golubitsky is also credited with ties with the Uralmash organized crime group - and even calls it the "call sign" - "Bucks." From Bax, he already in the late 90s, early 2000s grew into an official - becoming Minister for State Property Management in the Sverdlovsk Region. But he was disgraced here too - as Pravo.ru writes, he allowed the sale of 11 buildings and structures of the former military unit. Literally squandered the state property, and then returned it through the court. The question is - why is Golubitsky not sitting? Most likely covered Vekselberg, to whom in 2005 he left for the post of head at Renova - StroyGroup.

And this, if it was, played into the hands of the oligarch. Golubitsky, later actively lobbied for the so-called scandalous "Vekselberg law," according to which real estate can be seized from Russian citizens. Against the adoption of the law in 2019, single pickets were held near the State Duma building - reported Nakanune.ru. 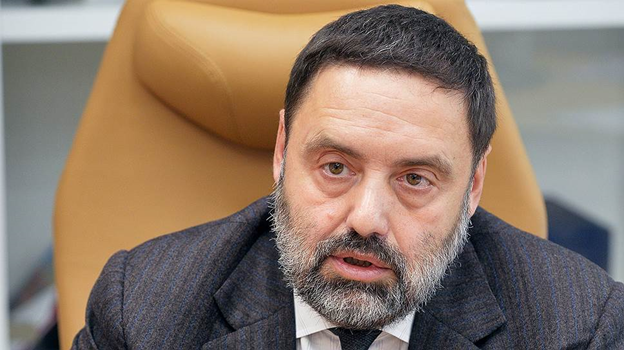 The Moscow Post recently wrote about "fruitful cooperation between Vekselberg, Tyo and Golubitsky. They are going to build up the territory of the River Port in Moscow. Despite the fact that a protected natural area is located in this area.

But Mr. Sobyanin has already worked with this problem - recently a document appeared on the official website of the Moscow Government, which describes in black and white how the boundaries of the natural complex on the site of future development will change.

But not only Muscovites, already locked in a stone jungle, can offend developers. Another partner of scandalous developers is the Legend developer Vasily Selivanov. He is in debt, as in silks, for this construction site, too, probably, took another loan. And, most likely, "good-neighborly" relations with Tyo and Golubitsky will lead to the fact that they will simply "squeeze" the construction company from its owner for debts.

Vekselberg can "push" Golubitsky into projects where he does not really want to shine his name - potentially due to the near-criminal nature of the relationship between interested parties in such agreements.

In addition, Golubitsky's communication connections are good. He tries to "glow" in plausible projects - for example, he writes poetry, and even won "Poet of the Year" in 2018. He often gives interviews - of course, talking about himself and Renova in a positive way. Sometimes such texts even look like custom texts.

In 2006, Golubitsky literally saved the project of the "Academic" town, saving it for "Renova," when officials doubted its success so much that they even convened an emergency meeting. The fact is that the project had to be approved by Dmitry Medvedev, and his associates were afraid of a reputational blow to the official if Renova did not build what it promised. As a result, the project was completed - we must think, not without "fat" state injections. 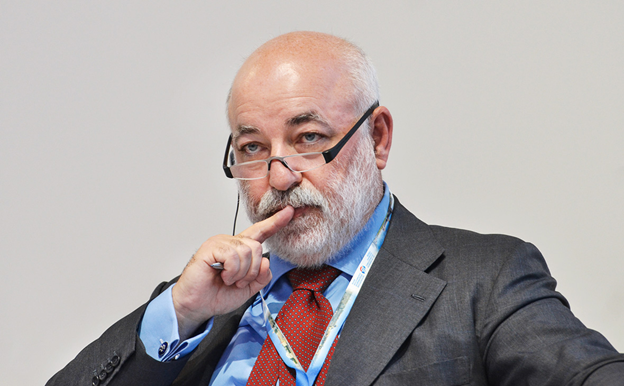 Golubitsky's role for Vekselberg raises questions. It can be for an oligarch, something like brute physical force, in those moments when you yourself do not want to "make a mess".

Offshore in the structure of "Cortos." Photo: https://www.rusprofile.ru

So in the situation with the purchase of new lands, the scenario from Golubitsky-Vekselberg may unfold approximately similar to what we described. The lands in Moscow are expensive - but, as we see on the example of the River Station zone, Sobyanin is ready to meet Golubitsky and KO. So we are waiting for the announcement of the next concession.