In the struggle for the Gorbushkin Dvor property complex, the interests of the Khotins, Patrushev and Kharitonin came together.

The Moscow Arbitration Court declared the Moscow Television Plant (MTZ) Rubin JSC bankrupt. A monitoring procedure has been introduced for JSC. MTZ owns the Gorbushkin Dvor complex - one of the largest specialized shopping complexes in Moscow, the heir to the legendary Gorbushka. This is about 60 thousand square meters. meters of very promising real estate.

The application, demanding to declare MTZ bankrupt, was filed by Rosselkhozbank, which issued large loans to the structures of the former owner of this asset - Alexei Khotin, the beneficiary of the infamous Ugra bank. Now Mr. Khotin is under criminal proceedings on embezzlement of bank funds for more than 23 billion rubles.

Shortly before the collapse of Ugra, Khotin managed to sell MTZ with the entire property complex in favor of the scandalous businessman, owner of the Pharmstandard pharmaceutical giant Viktor Kharitonin. Where Kharitonin - there look for the interests of Deputy Prime Minister Tatyana Golikova.

The Moscow Post correspondent understood the intricacy of these interests.

The interest of Viktor Kharitonin is clear, the land is expensive, you can build at least housing, at least a new pharmaceutical plant on it, so that, with the likely assistance of Tatyana Golikova, you can continue to supply domestic healthcare with your products. Recall that the amount of state contracts of the structure is approaching half a billion, but appetite comes with food.

But the interests of the Patrushev family, with whom the Khotin family was allegedly friends, are probably involved in history.

It was during the period when Dmitry Patrushev was at the helm of Rosselkhozbank, now the Minister of Agriculture, that Khotins' assets were pumped with credit money, including the infamous Ugra bank.

It is also interesting that, as Vedomosti writes, in 2017, when the property of MTZ was bought by Kharitonin, it was assumed that he would only be the nominal owner of the structure, while the owner of Ugra would retain control over it. However, this was even before the banker himself was under investigation - apparently, it was assumed that Kharitonin would hold the asset while Khotin solved his problems.

But it turned out that Khotin's problems are such that Kharitonin will have to deal with the asset himself. Recall that the license from Ugra was revoked in the summer of 2017.

The official summary of the Central Bank sounds dry: The bank's business model was based on financing projects related to the beneficiaries of the organization itself by attracting funds from individuals and issuing loans to companies whose activities simply did not correspond to the volume of loans.

Simply put, Khotin and his partners could raise money to finance their own structures, issuing bad loans to themselves. Actually, this is the claim of law enforcement officers against the banker. In the same year, 2017, Yuri Khotin was detained, and later placed under house arrest in a criminal case of embezzlement of 23 billion rubles of PJSC Bank Ugra. 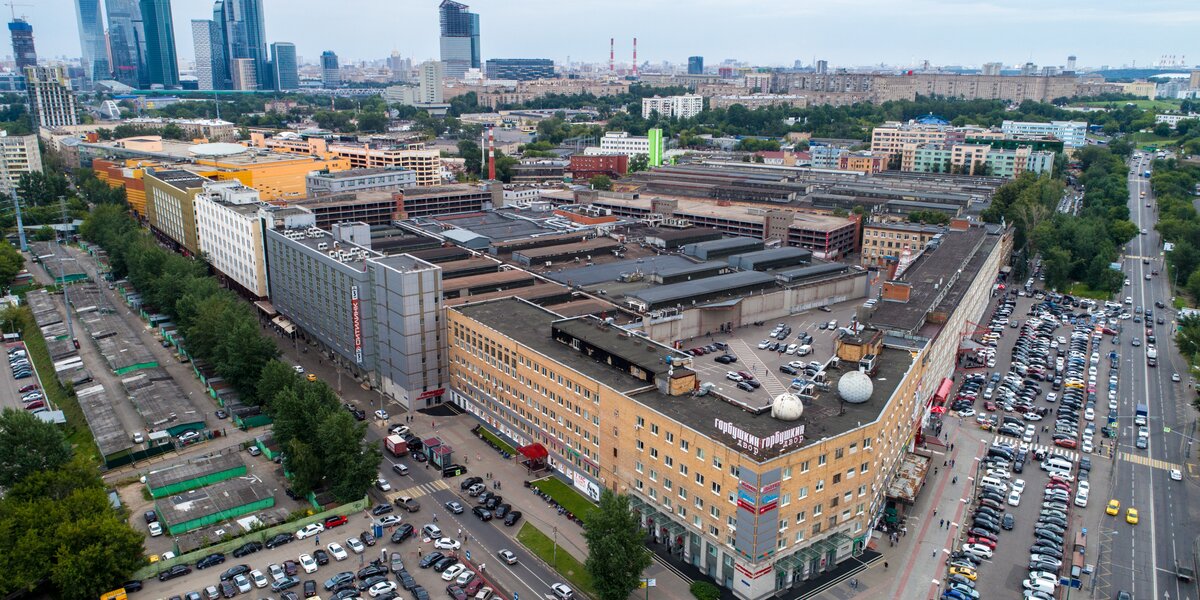 Gorbushkin Dvor - over 60 thousand square meters. meters of expensive real estate in the center of Moscow. There is something to fight for. Photo: thecity.m24.ru

According to investigators, in the period 2014-2017, they stole these funds from the bank by issuing deliberately bad loans to three companies controlled personally by Khotin - LLC Kapstroy, LLC Vostok and LLC Multanovskoye. The investigation of the case continues, and the banker's affairs are going better and better - first he was put under house arrest, and after that they softened the measure of restraint to ban certain actions.

Under the "umbrella" at Patrushev

Meanwhile, it is believed that Alexei and his father Yuri Khotin are close to the security forces, among whom could be the current head of the Security Council of the Russian Federation Nikolai Patrushev. As Vedomosti wrote with reference to a high-ranking source, the interests of the Khotins in the Government could be lobbied by the former head of the FSB Nikolai Patrushev.

According to the authors of the Nebrekhnya telegram channel, the Khotins allegedly met the Patrushevs in the late 90s. As if the young Alexei Khotin liked the influential family with his enterprise. In addition, he previously studied at one of the universities that prepare personnel for the special services - however, he failed to finish it.

But if Nikolai Patrushev was busy with issues of ensuring the security of Russia, then his son Dmitry did not follow in his father's footsteps, and, like Alexei Khotin, he became a banker.

In 2010-2018, it was he who was the chairman of the board and a member of the supervisory board of Rosselkhozbank OJSC. That is, loans related to JSC "Moscow Television Plant" (MTZ) "Rubin" were issued at him. Under him, the banking business and other undertakings of the Khotins were actively credited.

For example, RSHB poured about 80 billion rubles into the Khotinykh oil company Dulisma through loans. It got to the point that Dulisma's accounts in the RSHB were arrested in 2020 as interim measures at the suit of the DIA Deposit Insurance Agency.

Dulisma is now in bankruptcy. At the same time, in 2021, she received revenue in the amount of 28 billion rubles, a profit of 2.4 billion rubles, and has assets of 44 billion rubles. Apparently, someone really wants to destroy the structure so that it is impossible to figure out where and how it received the money. 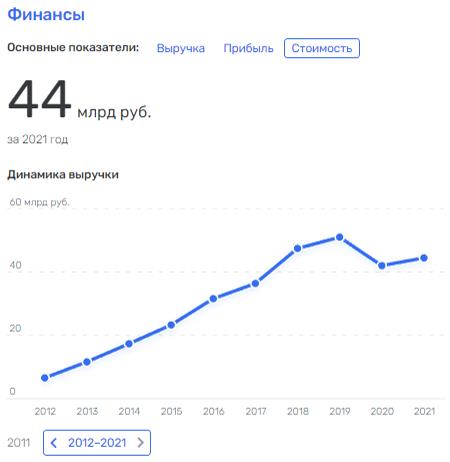 The reason may be different. In accordance with the data of the Rusprofile information system, as of 10.08.2022, the company has information about interim measures for three objects of its property. In addition, there are decisions on the partial or complete suspension of transactions on accounts by the tax authorities. In other words, the office has money, but it cannot work normally.

Returning to the DIA, it filed lawsuits against persons controlling Ugra for more than 219 billion rubles, which follows from the report on the progress of bankruptcy proceedings. Part of the interim measures on the claims of the DIA was challenged by state-owned banks - RSHB, VTB and Sberbank: creditors of Khotin's companies began to demand the partial cancellation of arrests of accounts, as companies could stop servicing loans.

It turns out that Khotinykh's business lived and developed precisely at the expense of the credit money of state banks, i.e. almost at the expense of our taxes with you. And the second - the RSHB literally pumped up the business of the beneficiaries of Ugra with money just during the period when Dmitry Patrushev met in the RSHB, who can be safely associated with the power bloc of the Russian Federation because of the position of his father.

Perhaps that is why, when clouds began to gather over Khotin and Ugra, she unexpectedly spoke out in support of credit structures... Prosecutor General's Office of the Russian Federation. It was headed at that time by Yuri Chaika, the hero of many of our publications.

It was a really unique case - for almost the first time, the department tried to challenge the revocation of the license from the bank before the Central Bank. Rumor has it that prosecutors were very reluctant to take such a step - in the end, they also refused to participate in judicial procedures.

If we put all this together, we can assume that through Ugra and other structures of Mr. Khotin, money received from the RSHB could be withdrawn. That is, ours, budget, public funds.

In this sense, it makes sense that the bank is now struggling to get Hothin-related companies bankrupt. And not only MTZ "Rubin," but also the business center Orlikov Plaza, as well as LLC "Aurora," "Leonidas," "Promdelo," JSC "Cube," and so on. 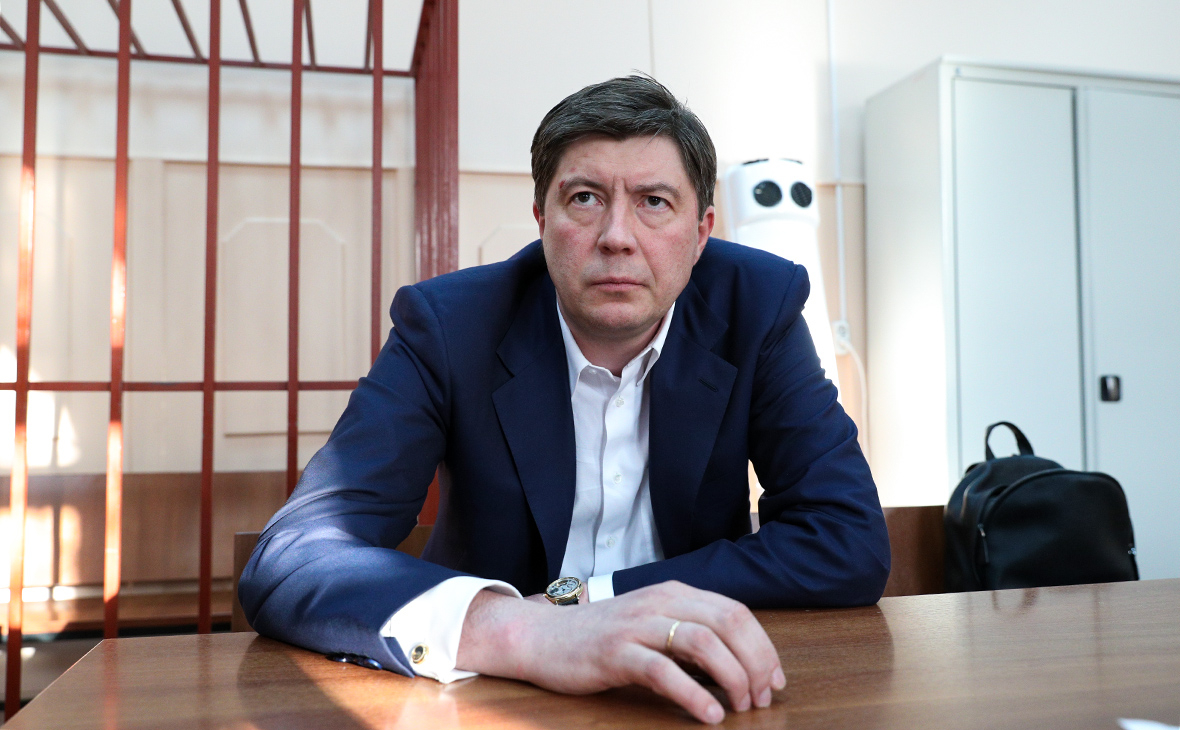 Alexey Khotin expects to the last that he will be "covered" by the security forces? Photo: Rbc.ru

Why is this RSHB, where Patrushev's influence is still strong, is clear. First, with a lousy sheep, at least a piece of wool. And secondly, if bankruptcy claims are satisfied, the ends will be lowered into the water and it will become almost impossible to figure out where the bulk of the credit mass could go.

The super-soft attitude towards Khotin on the part of the court and security officials fits into the same logic. A person who may be involved in the theft of billions of rubles walks the streets calmly, and only by 22:00 must appear at his place of residence.

They take care of the health of Alexei Yuryevich, not otherwise. So that he had time to sleep and was cheerful before the court hearings. There, the matter may fall apart, and where billions from the RSHB have gone will remain a secret.