One step for Zyuzin to be "cleaned up" by Putin?

Mechel enterprises have recently appeared in the epicentre of criticism of the authorities and residents about the terrible environmental atmosphere in factories and cities. Will Igor Zyuzin be able to hide himself this time?

As the correspondent of The Moscow Post reports, Supervisory authorities, environmentalists and public figures report violations and problems of an environmental nature inherent in the enterprises of Mechel of the odious oligarch Igor Zyuzin. Criticism from Presidential Plenipotentiary Envoy to the Siberian Federal District Sergei Menyailo may be a serious alarm bell for the businessman. After all, the President, who once already publicly made a proposal to "clean up" the company of Igor Zyuzin, is just a short distance away.

Regional authorities and top managers of the company try to explain the failure to comply with the full scope of environmental regulations by the difficult financial situation. At the same time, no loud statements were received from the businessman himself. Sometimes it seems that he buried his head in the sand like an ostrich.

Recently, Rostekhnadzor revealed violations of industrial safety rules that pose a threat to the life and health of the staff of PJSC Southern Kuzbass Power Plant (98,26% owned by Mechel-Energo). In particular, operating organizations - heat supply and heating networks - do not have a license to operate hazardous production facilities. Also, boiler repairs are not carried out in full, as a result of a large gas contamination of the working area. All these accusations were announced by Presidential Plenipotentiary Envoy to the Siberian Federal District Sergei Menyailo, as  Interfax reported.

Menyailo asked Governor of the Kemerovo region Sergey Tsivilev to deal with the problem and even appoint an official who will be responsible for compliance with industrial safety standards. At the same time, the head of the region once even tried to protect the owner, justifying this generally careless attitude by the difficult financial situation of the company. Allegedly, it is now experiencing bad times due to the global crisis in the coal industry. But why isn't the oligarch responsible for his business?

And this is not the first hit on the company recently, and not the only region. In July, a public organization Anti-smog announced PJSC Mechel the leader in environmental pollution in Chelyabinsk. Ecologists came to this conclusion after monitoring various reports. There are also numerous complaints from citizens, writes  PravdaUrFo.

The Ministry of Ecology revealed violations of the MPC of harmful substances in the zone of influence of Mechel-Coks. The Minister of Ecology of the Chelyabinsk region Sergey Likhachev demanded to strengthen measures to reduce emissions, reported the Chelyabinsk Echo Moskvy. At the same time, some activists even went out on a picket line, Znak wrote about it.

In social networks of Primorye, there were turbulent passions in the discussion of JSC Trade Port Posiet. The company reported that the main technological operations for handling dusty cargo were transferred to closed premises, and people are not threatened by air pollution. However, citizens swore that, contrary to the company's assurances, "the air is full of dust ", "the houses are black", and "black clouds" fly by. The detailed analysis was carried out by Vostok Media.

The management of the group of companies has not yet responded to such criticism of Mechel and the open discussion around its enterprises. Owner Igor Zyuzin often shows by his behavior that he chooses hiding instead of answering awkward questions.

The most famous escape was from the eyes of Vladimir Putin. Vladimir Vladimirovich, as Prime Minister, held a meeting in 2008 about the sharp rise in prices for metals and coal. Everyone came, but Igor Zyuzin left, saying that he was ill.

However it was rumoured that he did not come because he did not know how to justify that he was selling raw materials abroad cheaper than on the domestic market. Then Putin threatened to "clean him up" and asked Supervisory Authorities and the IC to check his activities, Lenta.ru reported. 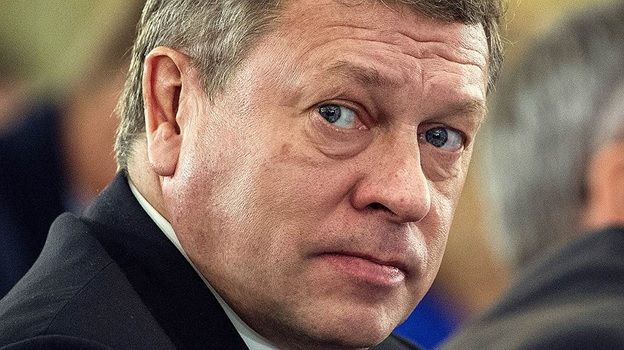 And in 2018, he similarly ignored a meeting with the Minister of Natural Resources and Ecology Sergey Donskoy. The latter visited Mechel-Coks, one of the most environmentally dirty plants in Chelyabinsk, though top managers answered questions instead of Igor Vladimirovich, wrote the publication Ura.ru.

The financial condition of the Mechel GC really leaves much to be desired. In April, Igor Zyuzin was forced to sell one of the most promising and largest deposits on the world market – Elginskoye deposit. It was sold for 51% of shares in three of his companies, Expert publication wrote.

Zyuzin, most likely, was always with an outstretched hand and a request for loans. There's a whole pyramid lined up which is very confusing. Thus, a year ago, Mechel's total debt was 411 billion rubles. It had three major creditors: Gazprombank, Sberbank and VTB. The latter later consolidated half of its debts, making a deal with Sberbank.

RBC wrote that as a result, VTB – 204 billion rubles, and Gazprombank - 142.6 billion rubles. After the sale of the Elgiyskoye deposit project, Mechel began to breathe easier.

According to Rusprofile, things are getting better at PJSC Mechel. If earlier The Moscow Post wrote about the company's debt cycle and multibillion-dollar loss, now the company shows 2 billion profit with revenue of 14 billion rubles.

So, in fact, there is money for the environment. But it seems to be spent on something else. One of the companies working with the state order – JSC Trade Port Posiet, by the way, the activists have become angry precisely with this company.

The number of founders of the company along with Zyuzin is still surprising. There are 9 of them, and they are mainly offshore companies from Cyprus to the Virgin Islands. It is possible that funds could "leak" instead of going to the modernization of production.