The US Department of Justice believes that the owner of Tinkoff Bank could evade taxes through possible fraud by purchasing expensive business jets. Is Tinkov's extradition to the States not far away?

According to the correspondent of The Moscow Post, an odious banker Oleg Tinkov could hide from the US authorities the origin of funds for the purchase of Falcon aircraft and withdraw money from Russia through the Baltic Bank ABVL. This institution has long been under sanctions by the US Department of Treasury for helping to withdraw billions from Moldovan banks, as well as for doing business with shell companies.

This is very bad news for Oleg Tinkov, who is already under investigation by US law enforcement agencies on suspicion of tax evasion. Allegedly, he hid income of $1 billion when filing a tax return, indicated income of only $206 million. Tinkov could hide information about income and assets in order to avoid paying tax when refusing a US passport. The Banker was a citizen of this country until 2013.

In addition, the US Department of Justice believes that he issued an inaccurate Declaration while expanding his own business, when he indicated his fortune of $300 million. It may be possible that Oleg Tinkov could do this more than once or twice, and also that he could do this in Russia, withdrawing hundreds of millions of dollars to offshore companies.

Tinkov faces a term of three years on each count from American justice. Currently, the banker at the request of the United States was locked in London with an electronic bracelet on his leg. He is struggling to resist extradition from the UK to the US. To remain free, he had to pay more than $20 million in bail.

Now he is courageously fighting a serious illness. However, the US authorities are not interested in his health, but in Tinkov's financial Empire. According to the Sekret Firmy publication, the American Department of Justice was interested in what money Tinkov purchased expensive private planes, back in 2018.

As follows from the memo of the Department of Justice, which the American edition of the Times refers to, the Department wanted to get detailed information about the account in an offshore Bank of the company Stark Ltd from the Isle of Man. Tinkov's Dassault Falcon 7X private jet was registered for this company. The authorities were interested in the plane's credit and leasing agreements.

The same memo contains information on documents stolen by hackers from ABVL. They show that Tinkov's tax problems may be related to his love of private planes. Almost all such banker aircraft were registered on the Isle of Man. 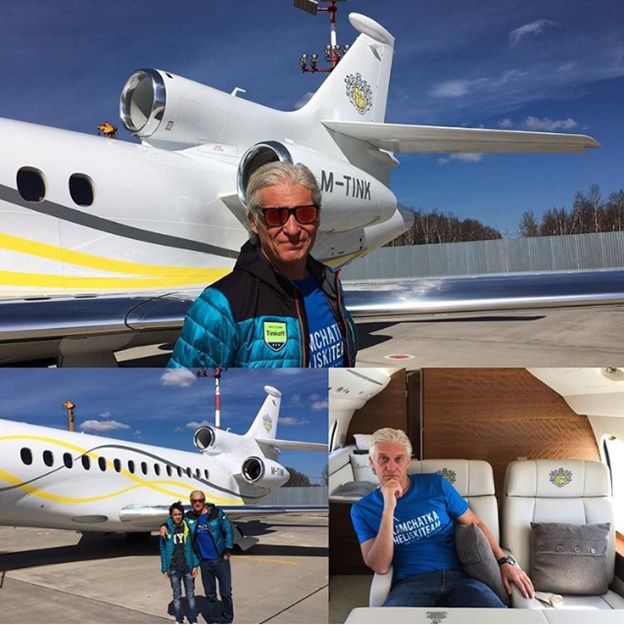 Oleg Tinkov has never been tired of showing his planes off

According to the Times, the island's appeal to private jet owners is reflected in the leak of the so - called Paradise papers - a number of materials related to the activities of offshore companies registered in "exotic" offshore zones. They were made public in November 2017.

Allegedly, individuals, including Oleg Tinkov, kept planes through leasing companies to avoid paying VAT when buying or selling them. The aircraft were then leased to other companies, which were also controlled by the owners of the aircraft. It is known that in recent years, Tinkov has replaced as many as three different Falcon aircrafts.

The fact is that the Isle of Man, unlike other places, does not require advance payments for such operations. This could be used by Oleg Tinkov. According to rumors, a similar scheme with planes on the Isle of Man was used by another prominent Russian rich man - Arkady Rottenberg. And he's probably not the only one.

From all this it follows that Oleg Tinkov is a surprisingly smart and resourceful person. Although the impression of these qualities is blurred by an irrepressible craving for money, a certain arrogance and a dismissive tone that the banker allows himself in relation to those whom he, apparently, considers insufficiently successful people.

According to rumors, he started by reselling vodka to his own fellow students while studying at the Mining Institute in St. Petersburg. In addition to vodka, he could buy perfumes, jeans, and so on from foreign students, and then resell them at high prices on the streets of the Northern capital.

Roughly speaking, he could purchase for a penny, then "sell" and "acquire". Apparently, over the years, he has seriously developed these skills, founding one of the most noisy private banking empires in the country. Developed as well that he could cheat not only his fellow students and trusting Russians, but also the American tax system.

It is curious that Oleg Tinkov was detained at the request of the US authorities in February 2020. In the same month, extremely suspicious events occurred in his Bank. In just a month, from January to February 2020, the net profit of the institution collapsed immediately by 71%. Neither Tinkov nor top management who took the business over due to the illness of his "patron" could clearly explain this.

According to evil tongues, allegedly after the arrest warrant, Tinkov was afraid that his "white" accounts could simply be frozen, so he decided to fill up other "wallets" by withdrawing profits from his own Bank. Where are the interests of ordinary depositors in this case - think for yourself.

And he could withdraw funds in many different ways. It is enough to look through the documents of subsidiaries of his Bank to understand what the alleged scheme might look like.

For example, a subsidiary of his Bank, Tinkoff Development Center LLC, is half controlled by the Cyprus offshore company TCS Group Holding PLC. For the year, with a serious revenue of 979 million rubles, the company was able to earn only a little more than 20 million rubles. And the book value of the company's assets is indicated as negative. 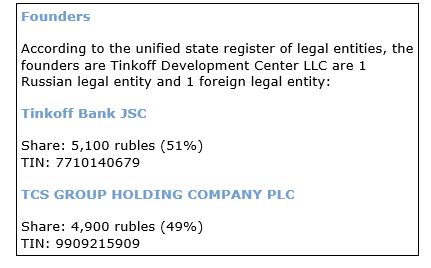 Did Tinkov withdraw the Bank's profits through this offshore company? Not to mention that with such an operation, the tax authorities of Russia and not the United States could miss millions of rubles.

It seems that all this is not enough for Tinkov. As before, he continues to pursue an aggressive expansionist policy in the market, without much regard for the interests and attitudes of the Central Bank of the Russian Federation. For example, at the end of last year, he announced a new way to extract money from customers.

It is about the income received through the Tinkoff Investments application, where clients conducted transactions with shares of new ETF Tinkoff All Weather Index. Agreements with the funds themselves were held without Commission - this is what lured investors.

However, Tinkov then demanded 10% of the funds' profit from the clients if the position was closed either once a quarter, or if it still remained in the portfolio. Against the background of interest in foreign funds of 0.5-0.14%, Tinkov's Commission of 10% looks like a tricky and not very decent move.

And this is not the first time when Oleg Tinkov raises doubts of investors in his own decency. Last year, it was reported that one of the funds of Baring Vostok declared a desire to sell the Bank's shares. Tinkoff explained this termination of the investment partners' activities with TCS Group.

However, according to rumors, investors simply ran away from Tinkov, because he became very toxic inside the country. Reputation makes itself felt. Moreover, Tinkov's daughter Daria allowed herself ambiguous statements that could affect the stocks of the structure.

It should be recalled that then in the instagram account, which allegedly belonged to Daria Tinkova, there was a post that could be regarded as a sharp criticism of Russia and its leadership. "One person can't behave normally and most importantly - can't rule our country normally" and "I'm ashamed to be Russian," the post reported in the context of strained relations between Moscow and London. 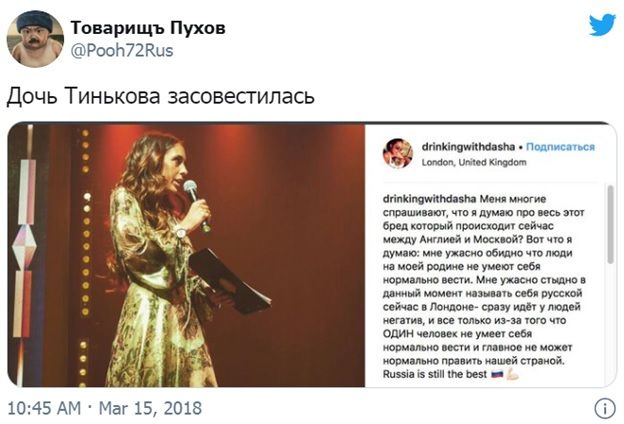 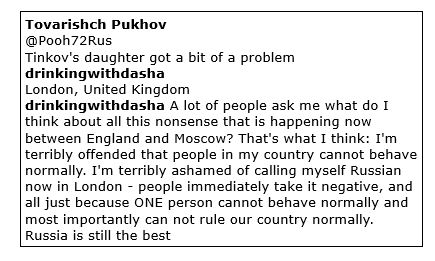 Of course, this infuriated not only the Bank's clients and investors loyal to Russia, but also the most ordinary compatriots who were not even clients of the Bank. Especially in the context of many other controversial statements made by Tinkov, which he allowed to address the same women and other social groups.

However, much more discontent is caused by the policy of Tinkov, which can result in driving a huge number of people into financial bondage. At one time, Tinkoff Bank issued credit cards to absolutely everyone, regardless of salary and credit history.

For some, this was the last hope, so many simply got hooked on Tinkov's credit game. Of course, they are to blame. However, since Oleg Tinkov could not pay taxes in the amount of hundreds of millions of dollars, maybe then the clients of his Bank will think - is it worth returning the loan with interest to such a "decent" person?