Natives of the dashing 90s feel comfortable in the market of alcoholic drinks, despite a number of criminal stories that are associated with their names.

As the correspondent of The Moscow Post reports, the Igristye Vina company of the famous native of Moldova and the "dashing 90s" Vasily Dragan resumed production of its products - found suppliers of raw materials in the territory of the Russian Federation. Previously, problems arose due to new legislation prohibiting the purchase of grapes for our wine brands abroad.

It is surprising that Mr. Dragan still keeps afloat in business in the context of a huge number of dubious stories from the end of the 20th century, in which his last name appeared. However, much more often there appeared the name of those who are called his patrons - the "alcoholic" businessman Pavel Zadorin and the ex-head of Rosspirtprom, as well as the ex-head of Federal Service for Alcohol Market Regulation in 2009-2018, Igor Chuyan.

All three of them made a good profit on the sale of alcohol in Russia in the dashing 90s, when the population drank everything that burned from hopelessness - including outright counterfeit goods, which detractors tried to attribute to their enterprises. Having risen on this in business, for a long time, they occupied leading positions in the alcohol market of the country, which some attributed to the administrative resource that fell into the hands of Chuyan.

However, the pitcher goes often to the well, but is broken at last. In the spring of 2018, a criminal case was opened against Chuyan for organizing abuse of power, which entailed serious consequences, as RBC wrote. Chuyan himself had already prudently left the country by this time, and was first put on the federal, and then on the international wanted list. But those who were considered close to him — Vasily Dragan and Pavel Zadorin, turned out to be out of business. At the same time, the prosecution of the former official is connected with the withdrawal of funds from the UFC Bank PJSC, which led to its bankruptcy.

As part of the same case, former Chairman of the Management Board of UFC Bank PJSC, Nikolai Gordeev, was arrested. Pavel Smetana, the general director of the Crystal Lefortovo vodka producer and Chuyan's former partner, demanded to open a case against them.

He also submitted a statement to the Ministry of Internal Affairs, in which he claimed that the head of Federal Service for Alcohol Market Regulation was a beneficiary of the Status Group, as well as UFC Bank PJSC, which lent the company. From Smetana's statement, it follows that Chuyan controlled up to 50% of the shares of UFC Bank PJSC, which was headed by his friend Nikolai Gordeev. 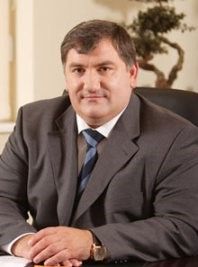 An interesting story is connected with Smetana and these citizens. We are talking about the Sovetskoye Shampanskoye brand, which is owned by the Federal Treasure Enterprise (FKP) Sojuzplodoimport. In 2018, the head of Sojuzplodoimport was Igor Aleshin, the current head of Federal Service for Alcohol Market Regulation. He transferred the rights for the Sovetskoye Shampanskoye to CJSC NGK, which formally did not deal with alcoholic products at all. It sold the sublicense to the producers already known to us, CJSC Igristye Vina of Dragan and CJSC Rosinka.

That is, the NGK became an intermediary between the copyright holder and the market players, and the beneficiary of the scheme could be Igor Aleshin himself, the then head of the Federal Service for Alcohol Market Regulation Chuyan (who was then replaced by Aleshin) and Pavel Smetana, who controlled the NGK. But after Chuyan's departure to Israel because of the criminal case, Smetana allegedly began to leak the former partner.

As a result, there is an opinion that in 2019, Aleshin, acting through the new director of the Sojuzplodoimport, Alexey Maklanov, could reset his agreements with Smetana. The right to produce the Sovetskoye Shampanskoye one was given to Vintorg for only 25 million rubles, although the license expired only in 2023. Formally, it is due to the debts of the NGK for 60 million rubles under the license agreement. 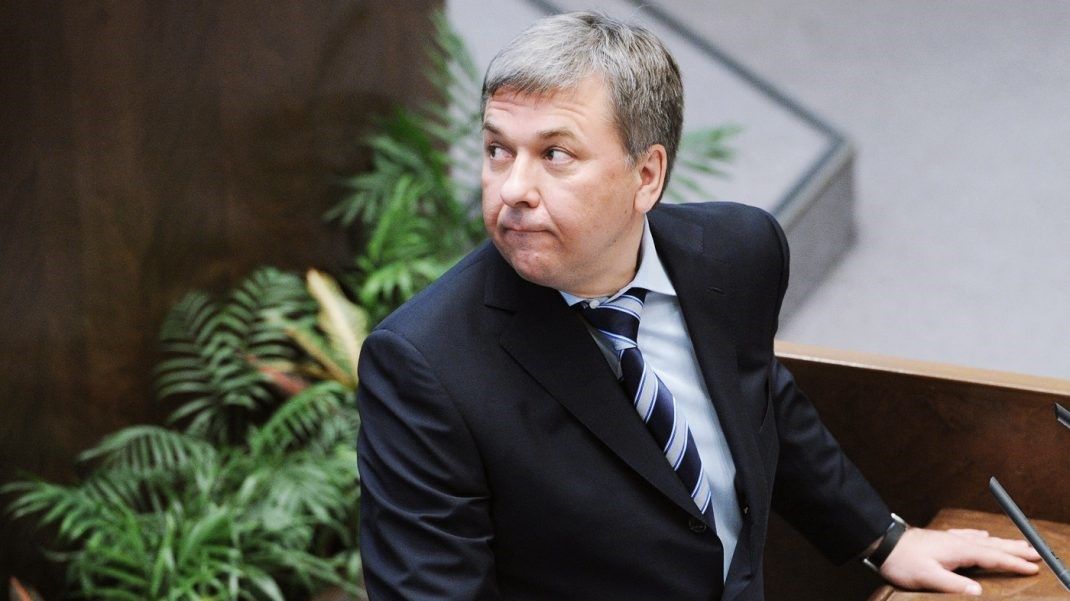 Meanwhile, they say that Igor Aleshin allegedly decided to hang the debt of Smetana on the former sublicensees of NGK - CJSC Igristye Vina of Vasily Dragan. It was rumoured that Aleshin explained to Maklakov that Dragan would not sue him. Why is that? According to evil tongues, allegedly because Dragan can be followed by a tail of unseemly deeds back in the 90s, when he was just climbing the alcoholic Olympus together with Chuyan and Zadorin.

Alcocriminal echo of the 90s

It is rumoured that Dragan began to "act" in Moldova, where in 1993 he held several senior positions in wine companies. But since 1999, it was Chuyan and Zadorin who could "pull" him to Russia. Dragan became a shareholder of the CJSC Igristye Vina, and since 2001 - the general director of the plant.

Even before that, in 1996, there was a resonant event. Vice-president of the National Sports Foundation (NSF) Boris Fedorov died of heart failure in his home. Few people believed in death from natural causes - Fedorov suffered an attempt and criminal prosecution, and considerable funds passed through the NSF, and most importantly - had significant benefits for the supply of alcohol from abroad. And Moldova, where Vasily Dragan came from, is just the country from which there were active deliveries.

That death made a lot of noise, but what do our heroes have to do with it? There is an opinion that Fedorov could become a victim of a showdown for a post in the leadership of the NSF. The then head of the NSF Shamil Tarpishchev, who could extort money from Fedorov - 10 million rubles could be interested in it. Moreover, another interested party could be some other "authority", a former police officer from St. Petersburg Lev Cherepov (Cherep), who became a partner of the NSF.

According to the authors of the Kompromat.ru website, allegedly they received and published wiretapping of Fedorov's negotiations even before his death with a number of influential businessmen of that time, where Fedorov complained about the activity of criminal elements.

Among other things, from the transcript of the interview (if it is not a fake), one can learn that Shamil Tarpishchev allegedly demanded 10 million rubles from Fedorov. Ordinary extortion, you say? But it also says that Cherep allegedly persuaded Fedorov to take the young Pavel Zadorin, the brother of another well-known authoritative businessman Valery Zadorin, to whom the large alcohol business Aroma (Aromatny Mir) was registered, as a vice-president of the NSF. Pavel Zadorin is the nephew of the aforementioned Cherep. And what happens after this muddy story? Pavel Zadorin becomes the vice-president of the NSF.

The mentioned Chuyan and Zadorin met in the same mid-90s in St. Petersburg. It is rumoured that Cherepov was closely acquainted with the authorities: Taivanchik, Yaponchik, Otarik, Solntsevskys, Izmailovskys and God knows who else. Interestingly, the closest partners of the NSF were just Cherep, and Taivanchik together with him. It is their interests, it seems, that Pavel Zadorin began to represent in the NSF.

After Fedorov's death, the NSF decided to gain a foothold in the St. Petersburg alcohol market. There is still talk that Shamil Tarpishchev could have asked the then mayor Anatoly Sobchak to assist in this. After that, Pavel Zadorin brought Igor Chuyan in as an assistant and junior partner.

In 1995-1996, Chuyan and Zadorin owned a number of companies, including Vip Realty LLC. They also created the S. G. S. security company. There are rumours that during their joint activity Zadorin was repeatedly detained by the police on charges of various crimes.

In 1996, when Fedorov died, Zadorin and several other people were detained on charges of kidnapping businesswoman Kremneva and extortion. Versia writes about this. But the case fell apart, probably not without the active participation of criminal or near-criminal structures, with which they tried to link Zadorin even then.

Another story is connected with the other businesswoman, Anastasia Lashmanova. In 2008, Lashmanova was found dead with stab wounds in Montenegro. There she first worked as a waitress, and then became the owner of a number of companies. Most likely, she was a "wallet" of more serious people - from Russia and neighbouring countries.

According to Versia, Lashmanova could unofficially work with Pavel Zadorin, and Pavel's brother Valery Zadorin, who by that time owned a company selling luxury alcohol Aroma (the brand Aromatny Mir), could stand behind her. 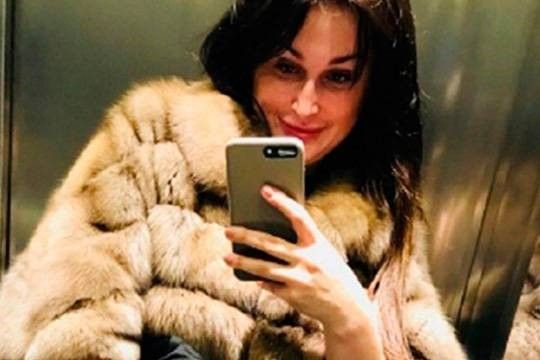 In this context, the murder of Anastasia Lashmanova is extremely suspicious. According to rumours, criminal groups associated with the alcohol business invested in her business. Indirect confirmation may be other stories with large criminal investments abroad - they could be a tracing paper with a possible fake business owner Lashmanova in Montenegro.

For example, the story of the Mar i Pins hotel in the Spanish resort of Paguera. Real estate on the island of Majorca was purchased for 6 million euros by the former director of the plant named Crystal, Alexander Romanov - allegedly the boss of the Tagansky criminal group.

Where is Mr. Vasily Dragan in this whole story? In the 90s and even in the 2000s, he had to remain a loyal assistant to Zadorin and Chuyan in their promotion to the alcohol market, which means that he can also become a whipping boy if any of these stories is confirmed. But it seems that the alcohol dealers have already "recovered" from Chuyan's flight, and the Igristye Vina will flow again. It remains only to pay off the debts to Smetana, but in this context, Dragan is unlikely to challenge them.