Non-Levaev bankruptcy, or price of diamonds for oligarch

While Lev Levaev's companies are building housing that is called "dubious," the oligarch's business and his ties with Trump are causing suspicion in the international environment.

According to the correspondent of The Moscow Post, Lev Levaev's AFI Development plans to build a co-living skyscraper next to the capital's silver residential complex. Investments in the project will amount to 7.5 billion rubles.

But Levaev builds real estate not only for ordinary humans. For example, recently it became known that the Department of the President of the Russian Federation bought apartments from AFI Development for 365.8 million rubles in the Silver residential complex, which is under construction. Everything is as it should be here: ceilings 3 metres high, panoramic windows, a closed courtyard with fountains, painting in the style of Naryshkin Baroque according to the sketches of designer Artemy Lebedev.

To have money to build such a respectable object, Levaev is helped by extensive connections – American journalists even attribute friendship with Donald Trump to him! According to the Kompaniya magazine, AFI medical, controlled by Levaev, received 10% in the   Michurinsky Prospekt Hub for only 10 million rubles at the end of last year. This is a gift from the Chinese CRCC in gratitude for the fact that Levaev introduced the company to the Deputy Prime Minister, at that time the head of the Moscow construction complex, Marat Khusnullin. The CRCC itself has 40% in this Hub.

In 2018, there was talk that Lev Levaev's AFI Development could become one of the partners of Kazakhstan's BTA Bank for the construction of a trade centre at Paveletsky railway station in the centre of Moscow with an estimated cost of 15 billion rubles. According to Kommersant, this site was the subject of a protracted dispute between the former owner, creditors and the mayor's office.

If the reports are believed, it's amazing how the developer is allowed to visit such important objects at all - if the reviews about the quality of the houses he built are believed, it might be thought that buying something in them seems like a dubious adventure. For example, in February of this year, Lenta published a letter of newcomers of the Silver residential complex, which details numerous shortcomings, defects, failure to meet deadlines for housing delivery, and disdain for real estate investors, who were actually left alone with problems by the company. It was in this residential complex that the Department of the President of the Russian Federation acquired apartments. Is this how "by acquaintance" dubious quality real estate is "pushed"?

Court in the United States and the threat of bankruptcy

Can certain acquaintances help to avoid problems? In 2017, the first real court made a big deal. Denis Katsyv, son of Russian Railways Vice-President Petr Katsyv and owner of the Cyprus company Prevezon, was then brought before the US court. As reported by Versia, he was eventually ordered to pay $5.9 million as reparations. But how did Levaev get involved in this case?

Here is what Versia writes about this: "on January 22, 2014 (a few months after the filing of the claim), at the request of the US Department of Justice, sent to the Dutch government, a ban was imposed on the payment of a debt in the amount of 3,068,946 euros, which AFI Europe N. V, registered in the Netherlands, had to pay to Prevezon Holdings, controlled by Denis Katsyv." AFI Europe N. V is one of the many companies controlled by Levaev.

"It turns out, judging by the court's decision, if AFI Europe N. V paid off its debts to Prevezon, it means that Levaev once borrowed 3 million euros from Katsyv for some reason? Or did Katsyv borrow money from Levayev for some reason? How exactly this debt was formed, and where it should have gone, we do not know: the court decision does not say about this. But we can assume. For example, what if it was the Katsyvs’ money given to Lev Levaev for safekeeping? Isn’t it a convenient scheme in case of legal claims or "insurance" for a rainy day -  funds are thrown to someone else's Dutch offshore, and no one would have found out about them if not for the activity of prosecutors in the United States and financier William Browder, who not only found these funds "in time", but also" lit up" the possible relationship of persons", as Versia writes. 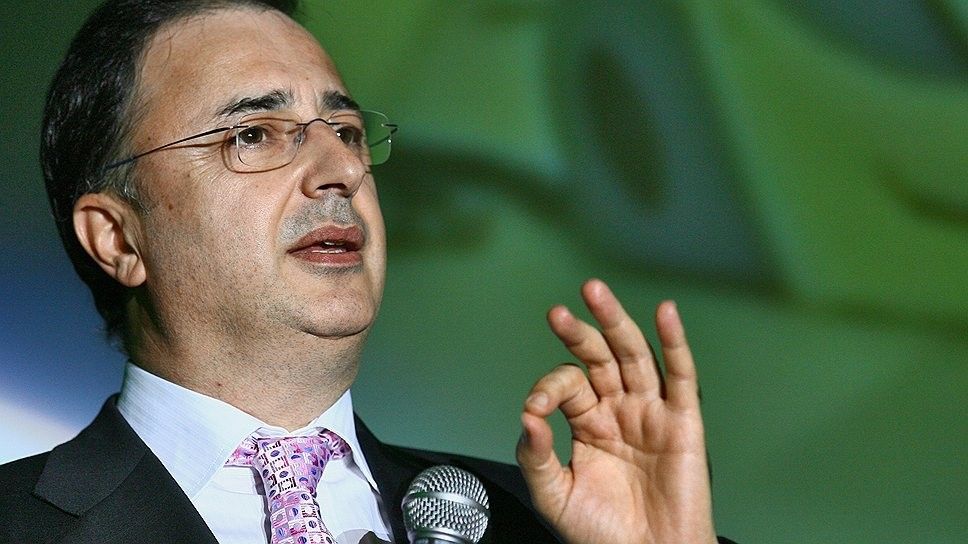 Levaev builds both businesses and houses in a very specific way

In parallel with the case being considered in American court, Levaev had problems in Russia: VTB was going to demand that AFI Developmen repay loans totaling more than $608 million ahead of time. As a result, the parties still managed to agree on debt restructuring. According to Vedomosti, as a result, the Bank did not take the Afimall city shopping and entertainment centre in the Moscow city business centre, the Aquamarine III office and the 4-star Aquamarine hotel from Levaev's company. As an additional security, AFI Development pledged the Expolon shopping and office centre, which is estimated at 5-6 billion rubles.

In any case, this story ended on a positive note for Levaev. He was able to save his company from bankruptcy, which was threatened with collapse due to the failure of his development business in Russia. But, back in 2016, it was rapidly "rushing" to the bottom - the loss of AFI Development for the first 9 months of 2016 increased by 2,7 times.

Then his partners from ALROSA came to help him, buying AFI Development for 91 million dollars 11 thousand square metres in the Aquamarine complex. Apparently, this is how they decided to support the entrepreneur, because later they had to do a lot of work with real estate: residential apartments were converted into offices for 2 billion rubles. But ready-made office space could be bought at once! Though, Levaev, probably, simply did not have such vacant assets then, and it was necessary to buy something from him.

By the way, Levaev developed a very interesting relationship with ALROSA. The fact is that his Ruis Diamonds somehow got almost a monopoly on the purchase of diamonds that are extracted by Anabara Diamonds, the subsidiary of ALROSA.

There were rumours that this story had a trace of Deputy Prime Minister Yuri Trutnev, who as the Plenipotentiary for the Far Eastern Federal district oversees ALROSA. There is rumour that the politician thus thanked Levaev for his help at the beginning of his career. As the authors of the Nezygar telegrams-channel  say, a seemingly successful start of Trutnev’s career was thanks to Levaev, who in 2003, through the then head of the Presidential Executive Office Alexander Voloshin has resulted in the appointment of the Governor of Perm for key raw material economy of Russia as Minister of Natural Resources. Probably, Levaev really liked working with Trutnev - even when the latter was the head of the Perm region, the businessman created a Kama-Crystal granite enterprise there.

Generally, it can be said a lot about Levaev's passion for precious crystals. Blogger Solomin in his  LiveJournal, made claims that allegedly in 2006 he was suspected of involvement in the smuggling of diamonds from Russia. Of course, this cannot be verified.

Already in 2018, Levaev's diamonds were remembered again. As reported by RBC, then the Israeli services "captured" smugglers who tried to smuggle a large batch of diamonds into the country at the border - the jewelry was estimated at $80 million. The smuggling scheme was uncovered after an employee of LLD Diamonds, who manages Lev Levaev's diamond projects, arrived at Tel Aviv airport. In the end, the investigation showed that the import of stones was organized by Levaev's son and brother. The property of the entrepreneur was seized by an Israeli court.

The case is still open, and more and more details are emerging. So, to suspicions of smuggling, charges of tax evasion, falsification of documents and money laundering were added.

World fame of the "diamond king"

By the way, the name Levaev and the phrase "money laundering" are suspiciously often in the same sentence. Meanwhile, these words are also heard in foreign languages. For example, journalists from the Dutch TV channel Zembla discovered an alleged connection between Donald Trump and Levaev. Allegedly, the entrepreneur "launders" his income and the income of other influential persons from Russia through real estate transactions, including with the firms of the American politician.

According to the authors of the Stringer portal, he was allegedly seen in connection with near-criminal elements in Israel. We are talking, in particular, about Zeev Rotenstein and Mikhail Cherny. That's probably why things didn't work out for him in the southern country, so he returned to Russia.

It is also known about his acquaintance with the "authoritative" businessman Arkady Gaydamak. As reported by Radio Svoboda (recognized as a foreign agent in Russia), in 2009 Gaydamak was found guilty in absentia by a French court of organizing illegal arms deliveries to Angola between 1993 and 1998 and sentenced to 6 years in prison.

Scandalous stories never seem to subside around Levaev. And here he is again active in Russia — thus, are we to expect new "hot" stories with his participation? Apparently, he just can't work any other way.