Will the redistribution of spheres of influence in the capital markets begin after the death of crime boss Lota Guli, and what relation could the owner of Food City, God Nisanov, have to this?

The scandalous Russian developer God Nisanov continues to expand his business empire. As the correspondent of The Moscow Post reports , his Kievskaya Ploshchad GC may soon buy the building of the former Krasnaya Presnya vegetable base in the north-west of Moscow.

Earlier it was planned for a shopping center to be built there, and then open "Mega", but these plans had to be abandoned. Now another market may appear there, which God Nisanov has enough in Moscow. Meanwhile, life in these markets may soon change dramatically, and God  Nisanov may have a direct bearing on this.

Not so long ago, a famous thief in law, fellow countryman Nisanov (both natives of Azerbaijan), Nadir Salifov, nicknamed "Lot Guli", was killed in Turkey. According to the authors of the site "Russian Crime" , supposedly, it was God Nisanov who could have ordered the murder (this information is an informational message about the fact of publication).

According to rumors, Salifov, through his people, controlled a significant segment of the food markets in Moscow, which could seriously interfere with God Nisanov. The latter, as you know, is himself a major figure in the Moscow non-stationary trade. He is a key beneficiary of the huge Moscow sites Food City, Moskva and Sadovod, as well as many smaller ones.

Who did Lot Guli interfere with?

God Nisanov was often credited with acquaintance with many crime bosses. According to rumors, relations with Salifov and him were tense. The death of the thief in law will inevitably cause a redistribution of spheres of influence in the capital markets and tie up many of the financial flows passing through it to other major players. Among which, of course, there must be God Nisanov.

According to the authors of the site "Russian Crime" , supposedly earlier, God Nisanov and Nadir Salifov had a common enemy - a crime boss, a thief in law Rovshan Dzhaniev.

It is as if after the opening of the Food City agricultural cluster, their main task was to lure more traders and wholesalers to this site. And, they could recruit such personnel just at the "clearing" held by Rovshan Dzhaniev. First of, in the Four Seasons market, which belonged to the Kurgin brothers and was allegedly supervised by Dzhaniev.

If it arrived somewhere, it left somewhere. The carve-up of the capital markets took a long time, hard and not without excesses. But that is the case of bygone days. Indeed, back in 2016, Rovshan Dzhaniev was brutally murdered. Meduza wrote about this . A rumor immediately spread among the market traders that Nisanov and Salifov were "tired of negotiating," and could resolve the issue radically. 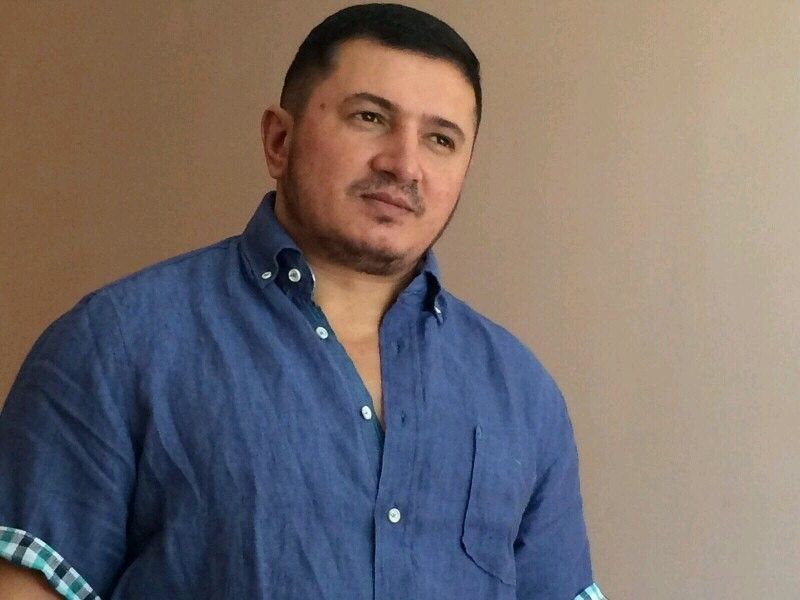 There is, of course, no evidence of this. According to the authors of the site "Russian Crime", the death of "Lot Guli" is just revenge for the untimely death of Rovshan Dzhaniev. Nisanov should like this way of thinking (this information is an informational message about the fact of publication). If the rumors that he was forced to share with Salifov have at least some basis, he is unlikely to mourn his death.

There is a version that initially Dzhaniev could go to a meeting with Nisanov on the resettlement of merchants, allegedly due to the fact that he had a falling out with the Kurgin brothers. However, then he could make peace with them and threaten to arrange a mass resettlement back to "Four Seasons". This means leaving God Nisanov without the colossal profits that have become habitual.

According to the authors of the site "Russian Crime" , allegedly after the death of Dzhaniev, a black cat ran between Nisanov and Salifov, and all the representatives of the "Guli" trying to "approach" the projects of  God Nisanov were immediately sent to jail the "fed" security officials (data are an informational message about the fact of publication). However, even the fact that he was in another country did not interfere with the great control by Salifov.

What's going on in the markets of Nisanov?

In any case, now it seems that an interesting time should begin in the markets of God Nisanov. However, it is hardly much more interesting than what is happening there today. Rampant crime, fights, trade in "sanctioned" and money laundering - what sins ill-wishers do not attribute to him "Food-City" and the shopping center "Sadovod".

Someone believes that the Moscow authorities do not accidentally turn a blind eye to the affairs that are happening in the patrimony of Goa Nisanov. A video of the YouTube channel The Facts is running online , in which the famous Russian developer Ilgar Hajiyev says that the mayor of Moscow, Serey Sobyanin, receives 12% of all transactions and incomes that Nisanov has in the capital.

Rumor has it that Sobyanin and Nisanov could have such good relations due to the fact that the latter, according to Hajiyev, could finance his election campaign for the mayor of the capital in the amount of $ 25 million . One gets the impression that since then in Moscow not only trade, but also other assets of God Nisanov feel great. In less than 10 years "Kievskaya Ploschad" belonging to God Nisanov and Zarakh Iliev, has become one of the leading developers in the capital.

Meanwhile, law enforcement officers are private guests in its markets. In March 2019, a big "nix" happened there, when representatives of the Ministry of Internal Affairs and the FSB simultaneously appeared on the sites. The edition "Version" wrote about it .

Officially, the measures were aimed at finding wanted criminals, as well as at preventing various migration offenses. According to another version, the attention of the security officials was allegedly attracted by a series of fights between traders at Nisanov's sites, as well as rumors about money laundering and the presence of illegal crypto farms on the territory of Food City and Gardener.

Allegedly, Nisanov's markets were replete with offers to buy cryptocurrency for cash, and settlements for such transactions could amount to 600 billion rubles a month, which were taken out of the market by trucks. The version about the mass verification of compliance with the migration legislation among the residents of the retail space is not excluded.

If so, then questions from law enforcement officers should arise by the one and only God Nisanov. According to some reports, he may have serious problems with Russian citizenship. Even before the expansion into the construction and trade market of the capital, God Nisanov tried to get into politics - he was nominated as a candidate for deputies from the Liberal Democratic Party. However, the candidate had a hitch with the documents, as a result of which Nisanov was "turned down". 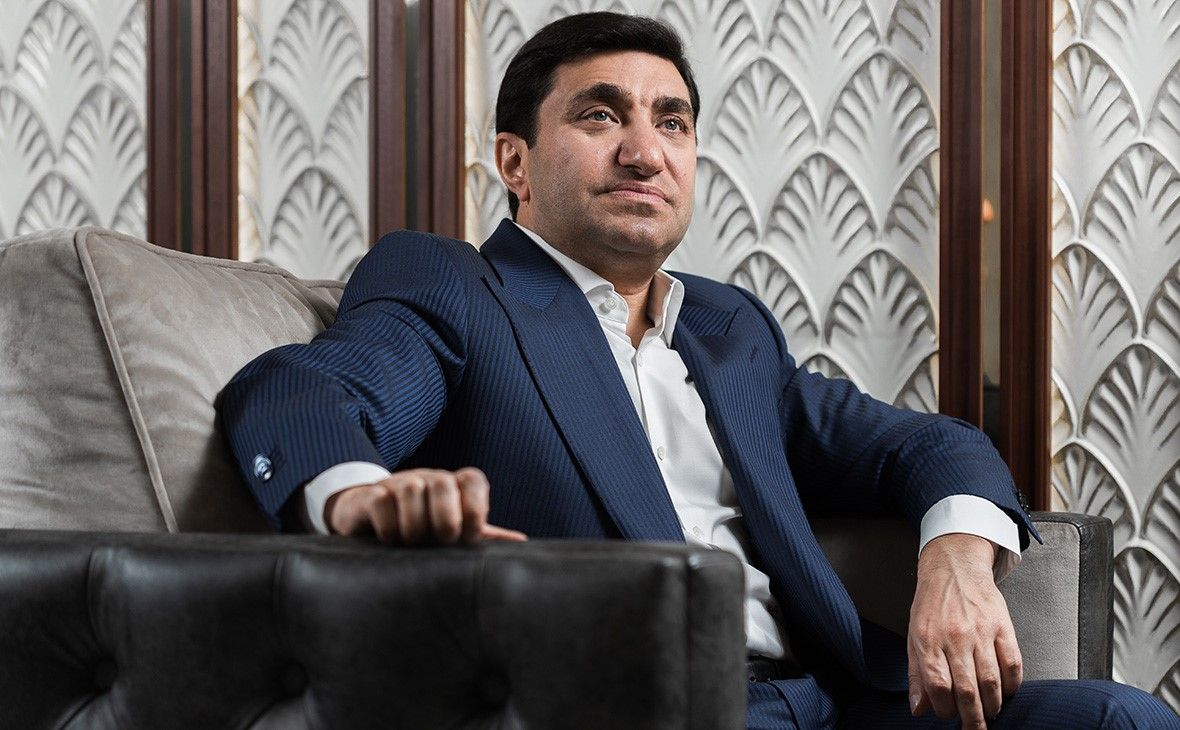 In 2007, God Nisanov was neither more nor less the first number in the 44th list of the party near Moscow. But the CEC, through the Supreme Court, was able to get him removed from the list. From the point of view of the Central Election Commission, the candidate did not have any citizenship, so he simply could not run for deputy. Kommersant wrote about this .

How is this possible for a person who has been living in Russia for many years and is successfully doing business here? Is the Russian passport of God Nisanov a "linden"? Then, on what basis does he conduct his activities at all, and why is this not at all of interest to law enforcement agencies?

It seems that God Nisanov is really not afraid of anything - neither the strongmen, nor the Moscow authorities, nor even criminal authorities. So much so that he can take business away from its partners.

At least, this is what the above-mentioned developer Ilgar Hajiyev, who was not lucky enough to enter with people allegedly close to God Nisanov, into several joint development projects, in particular, RC "Pirogovskaya Riviera" and RC "Akkord. Smart-Kvartal". 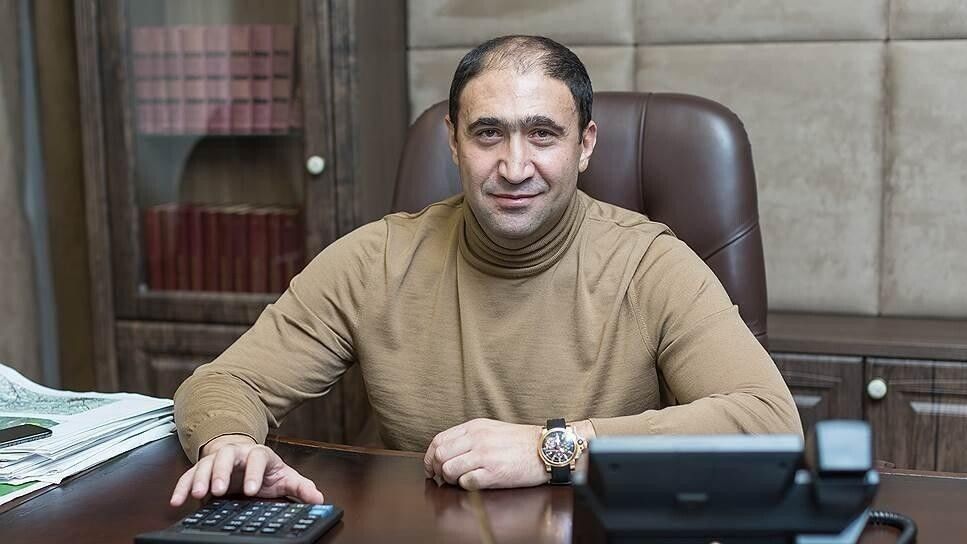 After joint projects with God Nisanov, Ilgar Hajiyev (pictured) was forced to leave the country

As a result, none of these residential complexes was completed without problems and commissioned on time, money of equity holders began to disappear from the accounts, and Ilgar Hajiyev's SDI Group holding, through a series of manipulations, could be under the control of people close to Nisanov.

In 2019, thugs from the private security company "Vityaz" broke into the offices of SDI Group, and people appeared on construction sites who may be related to God Nisanov. There is a video on the network from CCTV cameras, in which it is clearly visible how the thugs brazenly run the occupied offices.

However, the prosecutor's office for some reason did not start any criminal cases. Is the roof too strong for those who are behind these young men? Novaya Gazeta wrote about the attack on Hajiyev's business, as a result of which he lost his assets .

There are enough other claims against God Nisanov. For example, the construction activity of his "Kievskaya Ploschad" has been the object of criticism so many times, so it is surprising how people continue to buy real estate from them.

Among the loudest failures is the collapse of one of the towers of the Ukraina hotel during its reconstruction by the structures of God Nisanov, as well as the failure in the Evropeyskiy shopping center metro.

It is noteworthy that this shopping center was built in a water protection zone, and its construction in autumn 2006 was contested in court by representatives of the environmental prosecutor's office. Then the deputy head of Rosprirodnadzor Oleg Mitvol directly argued that the owners of Kievskaya Ploschad did not have the environmental expertise necessary to carry out such work. Regnum wrote about this . This means that the construction could have ended in tragedy with the collapse of the arches of the Kievskaya metro station.

Thank God, everything worked out. Otherwise, God Nisanov and Zarakh Iliev, together with their "Kievskaya Square", would have to bear responsibility. And financial losses and reputational costs could have led to the departure of the company from the Moscow market.

Since then, especially after Sergei Sobyanin came to the mayor's chair, God Nisanov feels very confident. His development projects bring in billions of rubles, and the monthly profits from such giants as Food City, Moscow and Sadovod are hard to calculate.

However,  even an experienced person can make some blunders. Maybe one will be found with God Nisanov. Especially if he really could have something to do with the dubious affairs of the late "Lot Guli". So it may very well be that the joint visit of the FSB and the Ministry of Internal Affairs to its metropolitan sites in March 2019 was far from the last.