Deprived of his business, Ilgar Hajiyev and the "homeless" interest holders continue to fight with the co-owner of "Kievskaya Ploshchad" God Nisanov.

A petition has appeared on the network from deceived equity holders of the residential complex “Pirogovskaya Riviera” addressed to the President of the Russian Federation. Citizens are sounding the alarm - after people of Nisanov "squeezed" Hajiyev out of business, the construction site completely stopped. The new "owners" selfishly did not even bother to submit documents confirming their authority to build and sell apartments.

The accounts of Comfort Invest Specialized Developer LLC (part of the SDI Group and is also engaged in the Pirogovskaya Riviera project) are frozen, the prosecutor’s office is inactive. Ilgar Hajiyev, who was forced to go abroad due to threats, told The Moscow Post in detail about the conflict with God Nisanov .

According to Hajiyev, he met with Nisanov around 2010. "Back then, one of the Azerbaijani businessmen introduced us in the Ukraine Hotel, but we knew of each other much earlier because I was one of the largest construction businessmen in Azerbaijan, and God Nisanov was a major businessman in Russia."

Indeed, at one time Hajiyev prospered  very well in Azerbaijan. There, he moved with his family in 1988. After graduating from school in a sunny country, Hajiyev decided to do business in Russia. Ilgar opened his first store at only 17 years old! His first million, the young businessman earned by 19 years.

In 1993 in Azerbaijan, after its independence, hard times began. And Hajiyev, inspired by the speeches of the head of the republic, Heydar Aliyev, returned to Azerbaijan. The country needed enterprising, dedicated people!

By 2000, Ilgar Hajiyev began to supply construction materials and at the same time invest in residential projects. Young businessmen, with their skill, talent and hard work, did a great job for the benefit of the people, and Ilgar Hajiyev was among the indispensable "assistants" of the country’s growth.

In 2005, Hajiyev established the Accord Construction and Industrial Investment Corporation. The company successfully worked not only in Azerbaijan, but also in Georgia, Ukraine, Kazakhstan, Uzbekistan and Turkey. By 2008, the US Casimir Foundation valued Accord at $ 4 billion! 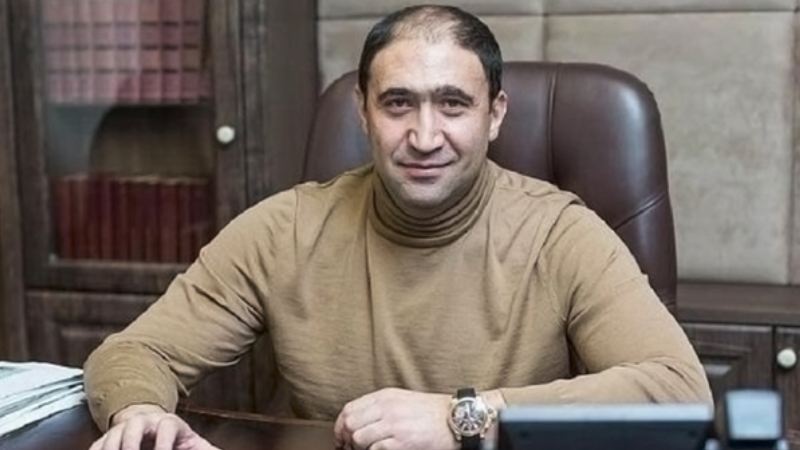 The Adventure from Azerbaijan to Moscow

By 2012, Hajiyev began to consider projects in Moscow and the Moscow region, having met with the natives of Azerbaijan, close people of God Nisanov: German and Isai Zakharyaev. Together, the trio conceived the large-scale construction of the Pirogovskaya Riviera residential complex. But by 2015, the businessmen began to have conflicts. Here is what Hajiyev himself said about this: "The Zakharyaevs and I had diverging views on how to carry out the construction process, and I retired for a while. Later, the Zakharyaevs and their team missed the deadlines for completing the first stage in the Pirogovskaya Riviera residential complex.”

By the way, during this time the co-investors also collected signatures on a petition addressed to the governor of the Moscow region Andrei Vorobyov with requests to influence the progress of construction.

Around the same time, suddenly there were problems with permits for another project of the Hajiyev LCD Accord Smart-Quarter. God Nisanov cordially offered his services to solve problems. Of course, for the services he demanded as much as a 50% stake in the company Specialized Developer SDI LLC, which was involved in the Accord.Smart-Quarter residential complex project. Hajiyev was forced to agree to the conditions of Nisanov. His share was issued to a certain Albert Imanilov - a confidant of Nisanov.

It would seem that the conflict was hushed up. Hajiyev received all the “levers” for the construction and completed the first phase of the Pirogovskaya Riviera residential complex to the delight of interest holders. And Nisanov proposed a new deal - participation in construction tenders with a 50/50 profit sharing. For the implementation, they chose the Accord Spetsstroy company of Hajiyev, and Nisanov’s share was again issued to the friend Imanilov.

Here, the Zakharyaev family began to put pressure on Ilgar Hajiyev. Apparently offended that they were not taken into a new construction project. Squabbles and threats became one of the causes of the conflict of God Nisanov and Ilgar Hajiyev. Nevertheless, one of the main reasons was the successful VernadSKY residential complex project, which Hajiyev was implementing with the Zakharyaevs.

The residential complex combined a 3-story shopping center and more than 20 floors of residential real estate. In September 2018, apartments began to be sold, and the results literally blew up the market in the area. Two months later, more than 40% of residential square meters had already been sold. On commercial premises, lists of potential buyers began to be formed. It was then, after seeing the success it was bringing, that Nisanov and his friends and comrades “intensified” their actions.

Hajiyev said: "Nisanov wished to revise the previously negotiated conditions for the distribution of profits from the project, which in total should have amounted to about $ 200 million.

As a result, they forced me to leave the project, because they decided that they could earn these 200 million, compensating me, as they thought, $ 5 million of my expenses. They started a financial audit, as a result of which my team submitted an expense report for a total of not $ 5, but $ 6 million.”

“But this is one part of the conflict. In addition, Nisanov promised to win me construction contracts for 2019 for a total amount of 20 billion rubles, of which Moscow Mayor Sergei Sobyanin supposedly had to get 12%. Nisanov also put forward the conditions that the profits should have been distributed as follows: 50% to him, 15% to Elman Bayramov (Nisanov's confidant), and 35% to me, despite the fact that I took all the costs of implementing the contracts". 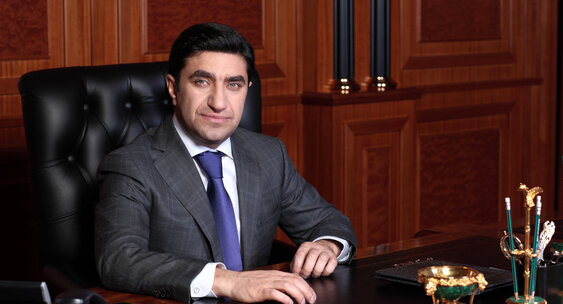 How long has Nisanov been "serving"  the mayor of the capital?

Naturally, Hajiyev did not like such barbaric conditions. However, threats rained down on him, because of which the businessman was forced to leave Russia. Also in 2019, workers from the Vityaz private security company broke into the offices of SDI Group, and trustees of God Nisanov appeared on construction sites. By the way, the network has a video from CCTV cameras, which clearly shows how people of God Nisanov brazenly hosted in the occupied offices. But the prosecutor’s office is in no hurry to start criminal cases! How strong is this protective "roof" over God Nisanov?

The Moscow Post spoke in detail about how the invaders "withdraw" money from the structures of SDI Groups through the issuance of bad loans and falsification of signatures! Correspondents spoke not only with the CEOs of the companies Ilgar Hajiyev, but also with the partners of SDI Group. And everywhere, a painfully familiar story: forged documents with fictitious signatures, the distribution of money to firms, "dummies", "freezing" of projects and the threat of criminal "repression."

And even in this difficult time for himself, Ilgar Hajiyev is trying not only to establish his own affairs, but also to help other businessmen who find themselves in a similar situation. Therefore, the developer opened the "Center for Business Transparency and Counteracting Corporate Raids in Russia." As Ilgar Hajiyev himself says: "My goal is not to fight Russia or to tarnish the reputation of the Russian Federation. My main goal is to fight crime in business. I want to help myself and other entrepreneurs who have not violated any laws and are looking for justice."

Hajiyev’s center has already been approached by businessman Igor Bitkov. Merchants are actively developing the center: "Meetings have already taken place in the European Parliament and the Bundestag. The latter in Brussels was with the director of the European representation of the International Republican Institute, the former representative of the Slovak Parliament in the EU - Miriam Lexmann. In Berlin, with politician Markus Held. Many more meetings are planned there and there "We also have plans to meet in America, but because of measures to combat coronavirus, they had to be postponed a little."

Probably, God Nisanov believes that he won the "battle", brazenly "wiped out" Ilgar Hajiyev from business and drove him to London. But something tells us that the long “war” is not over yet.