Nisanov will send Vorobyov to Torzhok

How long will influential officials cover the God Nisanov, whose business already has questions from the FSB?

According to the correspondent of The Moscow Post in Moscow region, the unfinished Torzhok shopping center in Khimki can be bought by the Airplane group.

The increased activity of Airplane in the market may be associated with an alliance with the Kiev Square Group of Companies of the God Nisanov and Zarakh Iliev.

Aeroplane Group, associated with the family of the Governor of the Moscow Region Andrei Vorobyov, recently consolidated 100% shares in St. Petersburg Renovation, a regional housing renovation operator of the mid-20th century. Now Aircraft has 4.99% of this structure. The remaining shares belong to the offshore Retansel Enterprises Ltd, followed by Mikhail Kenin, business partner of Maxim Vorobyov.

The deal will allow Airplane to enter the development market of St. Petersburg, and increase its land bank to 30 million square meters. meters. The purchase amount can be 10 billion rubles. Previously, The Moscow Post wrote in detail about this.

The governor's brother Maxim Vorobyov is not formally present in the capital of the Aeroplane Group of Companies - he has a 25% stake in the Aeroplane Two Capitals, a division of the holding that implements projects outside the Moscow Region. The main share in the Plane (35%) belongs to Mikhail Kenin. 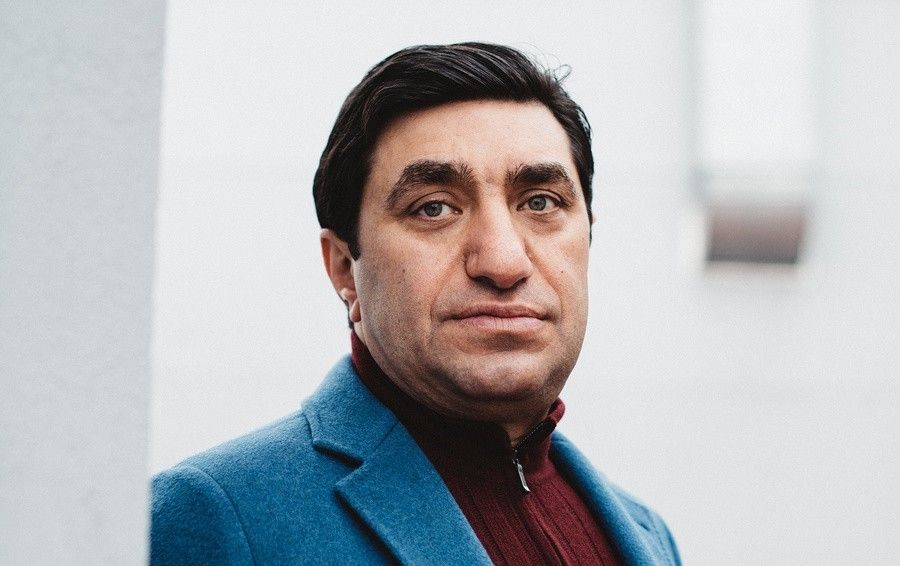 In early September, Kiev Square acquired almost 10% of the Aircraft and the package is approximately estimated at 26 billion rubles. Moreover, 4.5% now belong to Nisanov personally. It is logical to assume that he knew about the St. Petersburg Renovation deal, and, having bought the package, he himself hoped to enter this market through the Plane.

Thus, this deal opens the door to St. Petersburg and for Nisanov, and taking into account the upcoming deal to purchase Torzhok, it is obvious that the transaction will be made with Nisanov's money - for the proceeds from the sale of Aircraft assets. This suggests that the real beneficiary of the purchase of Torzhka may be the God Nisanov.

We add that Nisanov and Vorobyov cooperate closely not only in business - it is enough to note that he is an adviser to the head of the Moscow Region Andrei Vorobyov on a voluntary basis.

Nisanov and Iliev own huge retail space - indoor complexes "Food City," "European," "Gardener," Hotel Radisson Collection (formerly "Ukraine") and other objects with an area of ​ ​ over 2 million square meters. meters. It is possible that on the site of the unfinished Torzhok shopping center, Nisanov will not open a new market.

It is worth pointing out that earlier Goda Nisanov acquired part of the market assets of the Gremm Group Mikhail Goryainov, given that the Moscow property department in court demanded to recognize about a third of the Usachevsky market located in the Khamovniki area and demolish all the disputed premises.

It is possible that the purchase of Torzhok by Airplane Group of Companies, and through it to Nisanov, will have to be very useful. There may spread the shopping arcades of the next market, which are managed by the owner of Kiev Square.

It will be fair to note that Nisanov knows how to be strong friends with politicians and officials, strengthening ties with the security forces. It is possible that personal connections help to solve issues with competitors more easily, as happened, for example, with Nisanov's former companion Ilgar Hajiev. The businessman was forced to leave the country due to pressure from law enforcement officers who opened criminal cases against Hajiev, despite the fact that he tried to defend his own business and annouced the "raider seizure" of his SDI Group. This was previously written by The Moscow Post.

The influential Nisanov has no weaker relatives, and it was one of them, Vladislav Yusupov, according to Ilgar Hajiyev, who participated in the "capture" of the SDI Group business. Another relative of Nisanov is also Yusupov, but Oleg was engaged in business with the son of the Minister of the Interior Alexander Kolokoltsev. They owned the Il Forno restaurant company.

God Nisanov is one of the largest developers in Russia and, of course, without the patronage of influential officials, it would be difficult to deploy a business of this scale. For example, some events indicate Nisanov's relationship with the former head of the Moscow police department, Vladimir Pronin, who is associated with Sobyanin's permanent deputy for housing and communal services, Pyotr Biryukov.

Biryukov himself oversaw the construction of the "European" shopping center of the Year of Nisanov - and nullified the existing problems with permitting documents, and Pronina Nisanov thanked through his son, who became a co-owner of Imperial-2000, which was part of the Kiev Square Group of Companies. The Moscow Post also wrote about this in detail. 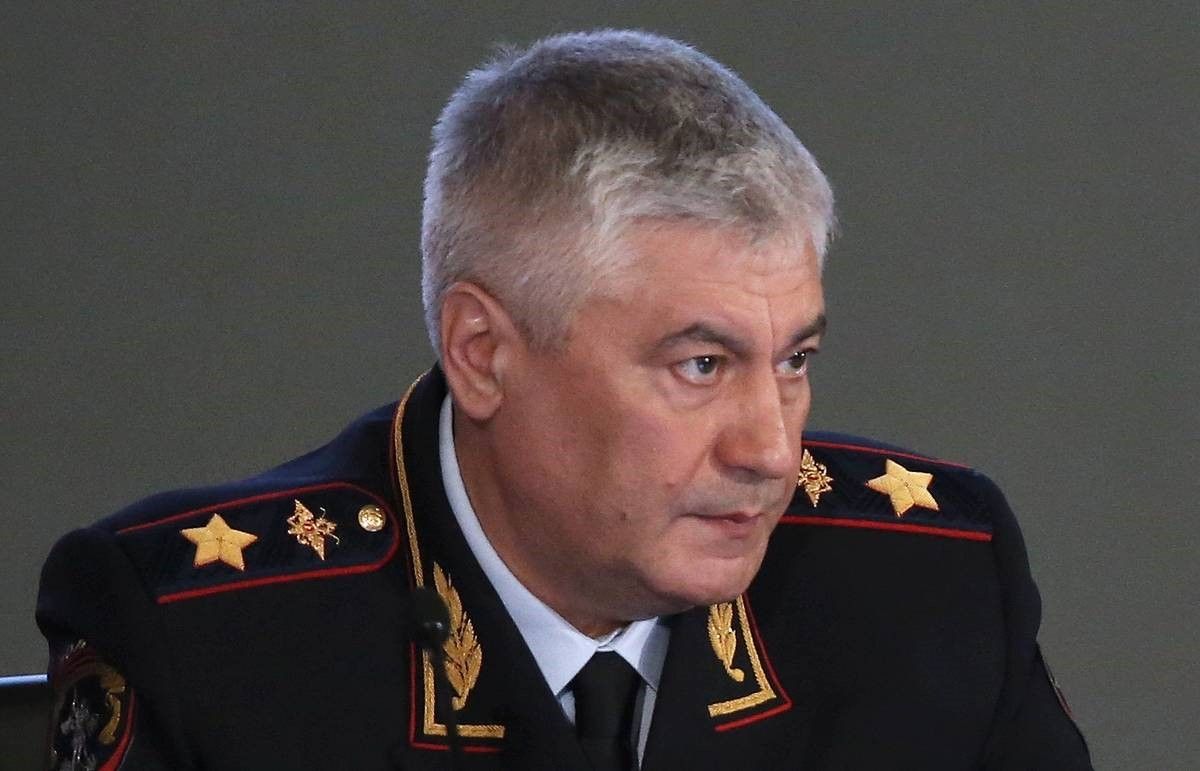 Nisanov's friends are not limited only to people in law enforcement agencies, and often Andrei Vorobyov himself, whose adviser Nisanov is, comes to the rescue of a favorite of the Ministry of Internal Affairs. This happened, for example, during a scandalous situation when Rosreestr prepared amendments to the Land Code in order to lift the ban on privatization of land in the second zone of sanitary protection zones of reservoirs.

It was proposed to allow the privatization of sites in the second zone of sanitary protection of drinking water sources. Officials have already calculated: this will bring 4.5 billion rubles annually to the budget of the Moscow Region. On the banks of both Klyazminsky, Istra, and Ruzsky reservoirs: both individual and mass development has been carried out on the banks for a long time. And the Pirogovsky sleeve of the Klyazminsky reservoir is especially suffering, The Moscow Post wrote in detail about this, noting that this part of the Moscow Region is built up by none other than the notorious developer Goda Nisanov. 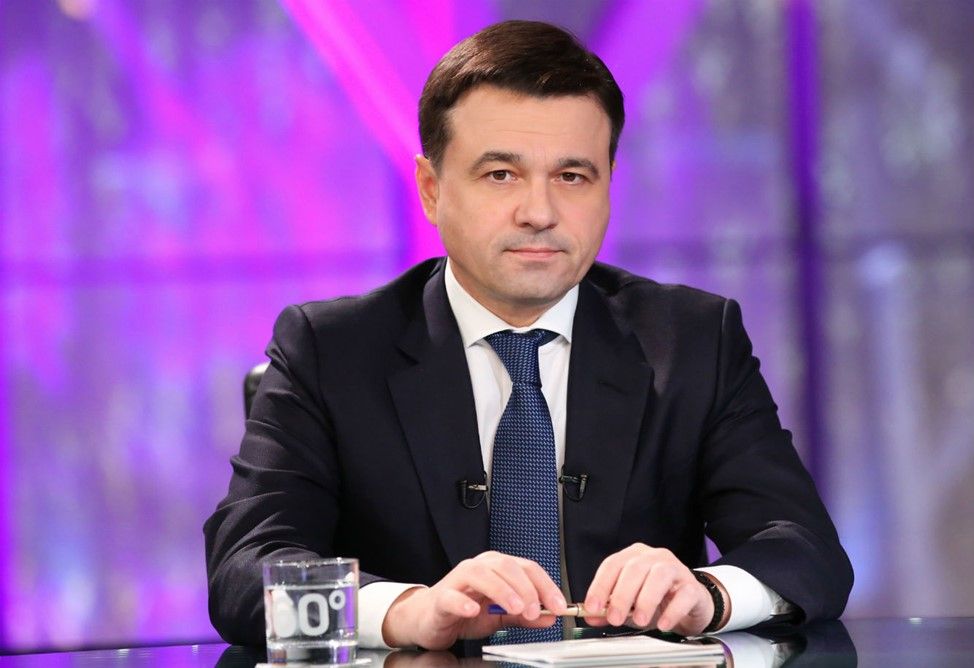 Could these preferences occur without the participation of Andrei Vorobyov, given that the practice of transferring categories of land from conservation to land "for construction" in the suburbs is actively happening in parallel with the reduction of the borders of conservation territories. The suburbs became a rift for the God Nisanov, who captured the business of Ilgar Hajiev, very quickly began to trade apartments of the Pirogovskaya Riviera residential complex on the banks of the Pirogovsky reservoir.

Even the head of Roscosmos Dmitry Rogozin in scandalous history lit up among Nisanov's connections. So, in the elite Belaya Dacha complex, the apartment of the main one in domestic space was supposedly a gift from the scandalous God Nisanov, which could be associated with the developer. The apartment, with an area of ​ ​ 346 square meters. m., is located in the elite residential complex "Near Dacha" on Starovolynskaya Street in Moscow. Apartments in two floors, ten rooms, are estimated on the market at half a billion rubles. This story was previously told by The Moscow Post.

How, and most importantly, could Rogozin get elite real estate? If you recall that in 2019 Rogozin's son Alexei became the general director of the company that conducted the development of the Nagatinskaya transport hub in Moscow, the Kiev Square Group of Companies was engaged in the implementation of the project, then everything gets into place and Rogozin's connections with Nisanov are easily discovered Nisanov-Rogozin line.

Moreover, Iliev and Nisanov aimed at the development of 80 hectares of land in Fili belonging to the Khrunichev Center - the ownership of Roscosmos. Not so long ago, the state corporation began to build a new office in Fili - the National Space Center in the form of a triangular prism. The cost of the complex is estimated at 25 billion rubles.

However, an artificial paradise on Moscow lands, created by Nisanov, may overnight lose paradise attributes and all these probable connections of Nisanov and Iliev in the Ministry of Internal Affairs, the Moscow City Hall and the Moscow Region will fly ashes when the FSB takes over. So, for example, intelligence officers, together with Rosgvardia, previously checked the markets of Sadovod, Food City and the Moscow trade fair complex of billionaires God Nisanov and Zarakh Iliev.

Officially, the measures were aimed at finding wanted criminals, as well as at preventing various migration offenses, Versiya notes, but the FSB presence was determined by information about the presence of cryptocurrency farms in Nisanov's markets.

In 2018, the head of the department of financial monitoring and currency control of the Central Bank, Yuri Polupanov, called the markets Sadovod, Food City and the Moscow shopping center "almost pioneers and leaders in the proposal to buy cryptocurrencies for cash."

Allegedly, settlements for such operations monthly amounted to up to 600 billion rubles and cryptocurrency was acquired for most of the revenue of the markets, and then it was instantly sent "by e-mail directly to the homeland of these merchants and manufacturers," where it was converted into local currency.

The main buyers of cryptocurrency for cash in Moscow were called immigrants from China, working primarily in Horticulture and in the Moscow shopping complex. It is possible that the tandem of billionaires Nisanov - Iliev are preparing to leave Russia, and amid problems with the special services, Nisanov could allegedly take his family to Azerbaijan, and Nisanov and Iliev themselves could hide in London.

Thus, if on the "pranks" of Nisanov in the real estate market, and throwing competitors overboard so far seems to be ignored by the Moscow City Hall and the Ministry of Internal Affairs. However, this does not mean that the active expansion of Nisanov into the market of the Moscow Region and other regions will not cause questions from other structures. Even despite influential partners.

23 March, 8:33
Birzhin "jumped" in the "Plane": Muscovites will help with the departure?
See also