Businessman God Nisanov continues to "press" former partner Ilgar Hajiyev, but lost in the "round" with the Moscow arbitration court?

As it became known to the correspondent of The Moscow Post the Arbitration court of the city of Moscow refused to recognize the bankruptcy of the developer of ComfortInfest Ilgar Hajiyev. The corresponding claim was filed by entrepreneur Yana Martenson, who is allegedly connected with the infamous businessman God Nisanov. The court did not fall for Nisanov's attempt to "frighten" his former partner Hajiyev, did it?

The reason for the claim of Yana Martenson was the debt of ComfortInfest, which was formed in connection with non-payment of a penalty for violation of the terms of transfer of apartments in 1.1 million rubles, a fine of 555 thousand rubles issued by the decision of the Mytishchi city court and compensation for moral damage to Mrs. Martenson in the amount of 8 thousand rubles.

Among the founders there is Ilgar Hajiyev, a once successful developer with 25 years of experience, who is currently unable to appear in Russia due to criminal cases that he believes were fabricated.

The decision of the court, which sided with Hajiyev, can be explained by the problems that God Nisanov experienced, on whose initiative the case was probably initiated. Now the latter is really "frightening" Hajiyev, who was once his partner.

Presumably, it is because of Nisanov that Hajiyev is now on the international wanted list. The decision was made suspiciously quickly. By the way, according to Lenta.ru, he is wanted on the fact of causing serious bodily harm to a certain citizen Indreev, as well as on the fact of fraud of Hajiyev's structures. At the same time, the last case seems to be fabricated - according to Hajiyev himself, his signatures were simply forged.

Presumably a fake signature of Hajiyev

Somehow, both enterprises were combined into one, although they are not related to each other at all! Is it really possible to do this? It seems as if the businessman is simply wanted to put behind bars no matter what. 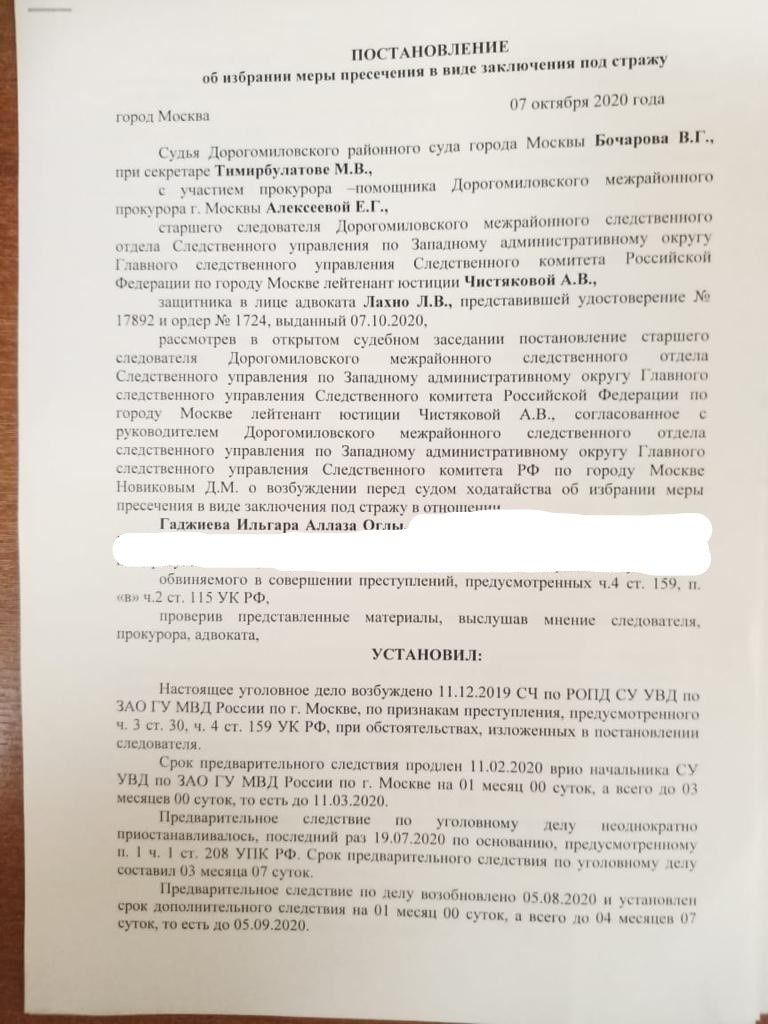 Such zeal to send Hajiyev to places not so remote as soon as possible by hook or crook is most likely due to the fact that Nisanov himself is "in on it". And now this is being publicly announced. As reported by Lenta.ru, less than a month ago, the Federal Tax Service adopted an appeal by Ilgar Hajiyev, in which he suggests that Nisanov's structures may avoid paying taxes.

Hajiyev analyzed the stated financial indicators of legal entities included in the Kievskaya Ploshchad Holding of Mr. Nisanov. And it turned out that they "did not fight" with the estimated real market returns. According to independent experts, official profitability indicators may be underestimated by more than 10 (!) times in comparison with real ones. It turns out that Nisanov's structures are underpaying hundreds of millions of rubles to the budget! So, does it mean that Nisanov harms not only the ex-partner, but also the Russian economy?

Hajiyev has been working with Nisanov since 2014: together they worked on the SDI GC. For a long time, the joint work went smoothly, until a stumbling block appeared - the Vernadsky residential complex with a shopping centre. And now, when 40% of the apartments were sold, the management representing Nisanov's interests in the business proposed to increase the volume of commercial space by reducing residential ones. Hajiyev's side opposed this idea. And since then, as the businessman himself says, he was actually removed from the management of his business in Russia. The Moscow Post wrote about this story in detail earlier.

"Attacks" towards the Pirogovskaya Riviera residential complex began, the developer of which is the previously mentioned ComfortInfest. Last summer, the office on Kutuzovsky Prospekt was subject to raider seizure, as Lenta.ru wrote. Spiteful critics also claim that the money of real estate investors was brazenly withdrawn through ComfortInfest, so the bankruptcy of the company would help to hide the ends in the water. Then, presumably, they will take up other Russian assets of Hajiyev, won’t they?

It will not be easy for Hajiyev to fight back - Nisanov has a powerful administrative resource and "strong" connections. In particular, he can be "on a short leg" with Minister of Internal Affairs Vladimir Kolokoltsev. The fact is that the son of Chief Interior Minister of the country Alexander Kolokoltsev has a restaurant business named Il Forno. Until 2017, the co-owners of the company had included Oleg Yusupov, who is a relative of Nisanov, as Vedomosti wrote. In addition, Yusupov and Kolokoltsev Jr. were once linked by the joint ownership of Brinde LLC.

Nisanov can "frighten" Hajiyev with the involvement of other influential acquaintances. For example, the same Yana Martenson, who is rumoured to be a former business partner of controversial oligarch Vadim Varshavsky. The latter, as Kommersant writes, is now behind bars, and another, no less interesting character, the "authoritative" Timofey Kurgin, can run his business.

Kurgin and Varshavsky worked together for a long time. According to rumours, after Varshavsky was "closed", his assets could go to Nisanov. The transfer was carried out under the strict supervision of Mr. Kurgin.

Kurgin's connection with Nisanov could also be established through the fugitive bankers, the Ananyevs, with whom Kurgin had several common businesses. Now the agrocluster in Domodedovo that once belonged to three comrades has passed to a structure that spiteful critics associate with Nisanov.

So can the "reputable" businessman join the fight against Hajiyev soon? In this case, it is worth straining - Timofey Kurgin, who is also known as Teymuraz or Timur, is associated with the abduction and murder of State Duma Deputy Sergei Skorochkin. That is, presumably, he can "eliminate" unwanted people.

And how can we not recall Hajiyev's complaints about threats against him and his family, because of which, in fact, he hurried to leave Russia. Perhaps they were going to "incite" Kurgin against him, weren’t they?

God Nisanov, apparently, staged a real massive "attack" on the ex-partner. All methods seem to be used: "raider" seizures, intimidation, bankruptcy of firms, wanted ads, attracting "authoritative" "solvers"… Is it really so easy in our country to "frighten" anyone if you have necessary connections? But it seemed that the 90s had already passed...