Adviser to Andrei Vorobyov Goda Nisanov officially became a business partner of a member of the governor's family, and no one sees this as a conflict of interest.

According to the correspondent of The Moscow Post, the structures of the Kiev Square Group of Companies of the God Nisanov and Zarakh Iliev bought 9.8% of the shares of the developer "Plane," which is associated with the younger brother of the head of the Moscow Region Maxim Vorobyov.

Shares were redeemed from the five founders of the company, their names and proportions of shares are not called. The price of the transaction is not called, only that it was market. According to experts, based on today's quotes, such a package can cost about 26 billion rubles ($350 million). Moreover, the purchase was financed from the own funds of the Kiev Square Group of Companies. Of the purchased package, 4.5% will belong to Nisanov personally.

God Nisanov can definitely afford it. In the "covid" year 2020 alone, the income of the Group of Companies from leasing real estate alone amounted to almost $1.3 billion. Together with Zarakh Iliev, Nisanov owns huge retail space - indoor complexes Food City, European, Gardener, Hotel Radisson Collection (formerly Ukraine) and other objects with an area of ​ ​ over 2 million square meters. meters.

However, the main business of the Kiev Square Group of Companies and the God Nisanov itself is development, construction. And his empire was most weakly represented in the residential segment - that is, where the Aircraft Group is strong.

Who will refuel the "Plane"

There is little doubt that it is Maxim Vorobyov, due to his family ties, who plays a decisive role in the life of the entire group. It is not an exaggeration to say that the company almost instantly receives all construction permits, while other developers wait for them for months.

But there is another, little-known fact. God Nisanov, one of the largest developers in the country, is an adviser to the head of the Moscow Region Andrei Vorobyov on a voluntary basis.

At the same time, according to sources of The Moscow Post, Goda Nisanov himself has long been working closely with his younger brother, Maxim Vorobyov. And even allegedly regularly flies with him together on his business jet. 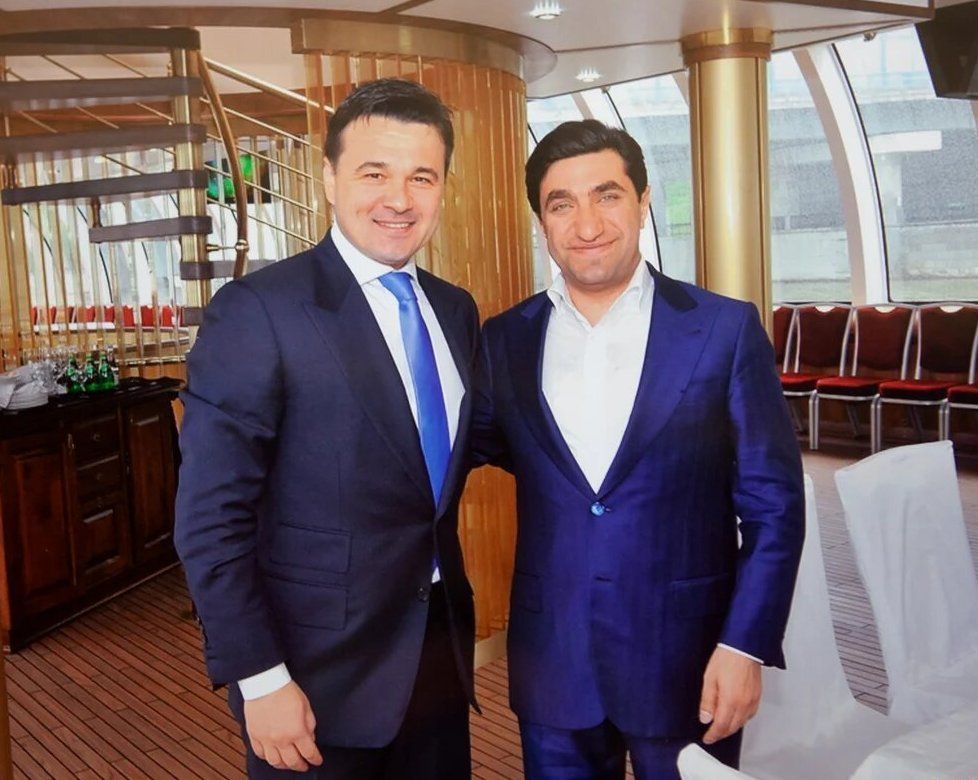 Is the governor of the Moscow region Andrei Vorobyov embarrassed that he now has a co-owner of a company affiliated with his own family in his advisers? Even on a voluntary basis.

Meanwhile, Mr. Nisanov's reputation is not the most rosy. He has many partners and competitors who, for some reason, one after another leave the business where their interests intersect with Kiev Square Group of Companies. It is enough to recall the most resonant case - the developer Ilgar Hajiyev, who was originally a partner of the God Nisanov.

However, Hajiyev soon lost his business and was forced to leave the country due to threats to his own life. Soon, several criminal cases were opened against him at once, and he himself announced the "raider seizure" of his SDI Group. Details of this high-profile story with a large number of characters can be read on the pages of The Moscow Post.

Only law enforcement agencies can confirm or refute such statements, but there was no reaction from them. Perhaps the fact is that Goda Nisanov is in good standing in the Ministry of Internal Affairs. At least such a conclusion could be made, given that earlier Nisanov's relative Oleg Yusupov had a joint business with the son of the head of the Ministry of Internal Affairs of the Russian Federation, Alexander Kolokoltsev.

Together they owned the restaurant company Il Forno. Yusupov also co-owns companies doing business with the Kiev Square Group of Companies. But after this information was leaked to the press (for example, Vedomosti wrote about it), Yusupov unexpectedly left the co-owners of Il Forno.

There is Nisanova and another relative by the name of Yusupov - Vladislav. Earlier, Ilgar Hajiyev indicated that it was Vladislav Yusupov who participated in the "seizure" of the SDI Group business. This was written by PASMI (recognized as a foreign agent in the Russian Federation). Allegedly, he gathered company managers and announced that he was the new owner. But who will believe that such actions, if they were, were carried out without the instruction or approval of the God Nisanov?

Among people who can work for the God Nisanov and come from the Ministry of Internal Affairs, the scandalous general Vladimir Pronin, the former head of the entire Moscow police department, is also called. Pronin is a native of the Kursk region. It is believed that initially his appointment to Moscow was allegedly lobbied by Sobyanin's deputy for housing and communal services Pyotr Biryukov, an official of the Luzhkovsky "draft."

Interestingly, it was Biryukov who at one time oversaw the construction of the shopping center "European" God Nisanov - one of his most significant assets. According to the authors of the Cheka-OGPU telegram channel, the object allegedly had problems with permits, but the center was still built and works perfectly, bringing Nisanov billions.

They say that after the completion of the construction, the son of Pronin became one of the co-owners of the Imperial-2000 company, which was part of the Kiev Square Group of Companies in those years. Pronin resigned from the Ministry of Internal Affairs after a high-profile scandal with the execution of people by Colonel Denis Evsyukov in 2009. And in 2017, Novaya Gazeta journalists found a whole business empire related to construction and medicine in the Pronin family.

According to the authors of the Proekt.Media website (recognized as a foreign agent in the Russian Federation), allegedly earlier, Goda Nisanov took to his job in the security service of the former assistant to the head of the Ministry of Internal Affairs, General Nikolai Golovkin. He is directly connected with the Moscow region - previously headed the Main Directorate of the Ministry of Internal Affairs of the Russian Federation in the region. And in 2011, as well as Pronin, he fell into a major scandal. 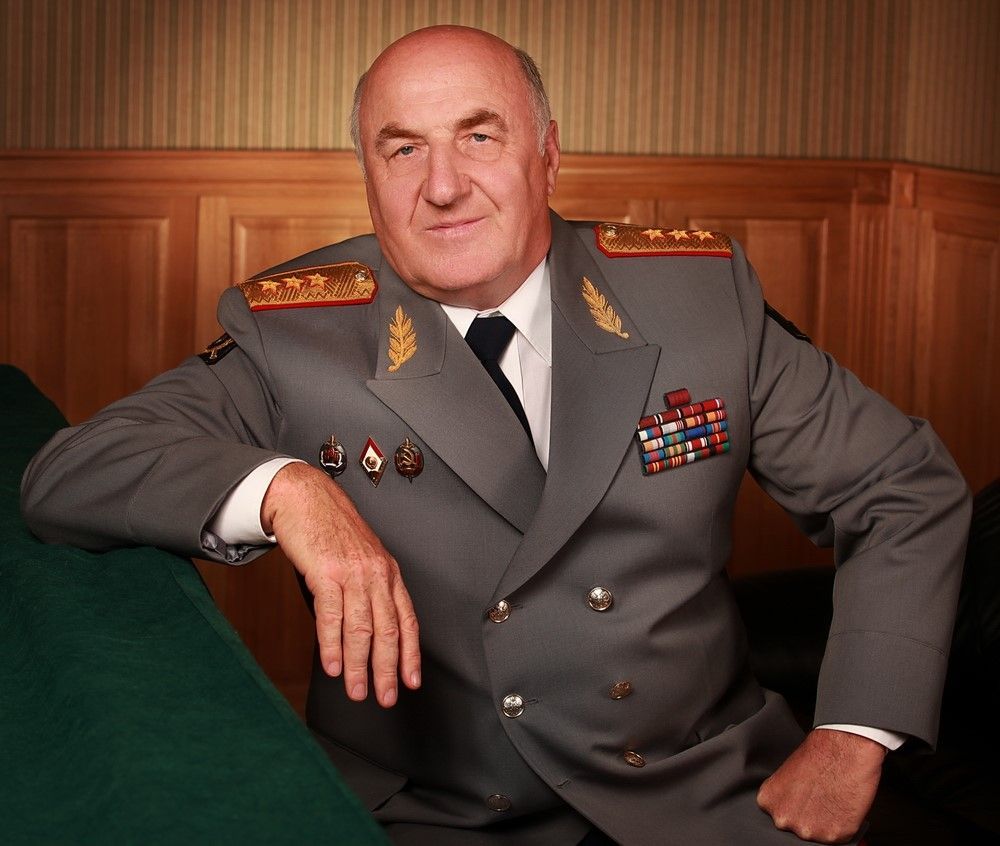 Vladimir Pronin - "liaison" of the God Nisanov with the Ministry of Internal Affairs and the Moscow City Hall?

We are talking about a resonant case about the "protection" by the security forces of illegal gambling in the region. Then Golovkin was called for interrogation, and a search was carried out in the office of the Moscow Region police. About this wrote Kommersant. As a result, he was never presented with anything.

Thus, in the inner circle of the God Nisanov there may already be two former heads of key departments of the Ministry of Internal Affairs - the Moscow and Moscow regions. With such officers, Nisanov definitely should not be afraid of the police - even if it were, for what.

But this is not all. As follows from court documents, the interests of Nisanov's companies in the courts can be represented by the full namesake of Ekaterina Yarovoy, the daughter of the famous people's chosen one Irina Yarovoy. For example, she represented the interests of individual entrepreneurs, among whom was Roman Iliev - most likely a relative of Zarakh Iliev, Nisanov's partner. Serious support.

In anticipation of new construction projects

Returning to development and real estate, as already said, Airplane Group of Companies will help Kiev Square Group of Companies enter the housing construction segment - the area in which Nisanov worked, but not too deep and large-scale. But as for non-residential objects, Nisanov has a lot of experience, and not always the experience is successful in terms of the development of urban areas.

The Raddison Hotel, the former Ukraine, which was under the control of Kiev Square Group of Companies, was already mentioned above. Then, however, the name of the Group of Companies did not sound - the reconstruction was carried out by Biscuit LLC, which was of interest to Zarakh Iliev. And the CEO of the company was... God Nisanov.

In 2007, during the reconstruction of the hotel, one of the towers of the building collapsed. The spire was also threatened, and people living in the skyscraper were not afraid to joke and began to write appeals to the city hall and authorities. About this wrote Izvestia.

Then a lot was said that the perpetrators would be brought to justice. Is it necessary to say that neither Iliev, nor, especially, Nisanov were guilty?

Another situation arose during the construction of the shopping center "European," also already mentioned above. Environmental prosecutors claimed that construction is carried out in the environmental zone. But in the end, the court sided with Nisanov, RBC wrote about this. Many still doubt the fairness of this decision.

There were still many such situations at Kiev Square. And each time - no consequences, which makes you wonder, and whether they find themselves patronizing from high bureaucratic offices.

A new reason to think so appeared today, when the Kiev Square Group of Companies entered the capital of the Airplane Group of Companies. Now both groups have even fewer problems in obtaining sites and coordinating construction projects.