According to the correspondent of The Moscow Post, Yuzhny Mall LLC, a company associated with the Kievskaya Ploshchad GC, of a developer God Nisanov, acquired the agrocluster Four Seasons in Domodedovo, previously owned by the structures of former Senator and banker Dmitry Ananyev. Now - arrested in absentia on charges of withdrawing 66 billion rubles and $575 million from Promsvyazbank.

It is assumed that the Four seasons is used for the needs of the nearby Nisanov's Food City. The property was pledged to the Trust Bank, which got  the Ananyev brothers' assets of Promsvyazbank.

The news stirred the business community. It is believed that the auction for the sale of agrocluster could be specially "sharpened" for the developer. Thus, two odious businessmen, whose exploits do not leave the pages of the media, could find each other - even if the Trust Bank acted as an intermediary in this story.

The complex was associated with the Ananyevs for a long time. In 2015, the brothers, together with the managing partner of the Russian Forest Group Timofey Kurgin, bought a warehouse for Four Seasons on 43 thousand square metres. The same Kurgin was previously called the commissioner for a number of cases of Promsvyazbank. Kurgin is no less scandalous than Nisanov and the Ananyevs. Now, after the Ananyevs' escape from the country, he began to "go" under God of Nisanov?

Spiteful critics have been attributing various sins to these comrades, especially to God Nisanov. This includes raiding, smuggling of sanctioned products, deceiving shareholders, and disfiguring the historical image of Moscow. Despite the fact that none of this list is supported by real evidence, Nisanov manages to keep getting into scandals.

Today Nisanov's Kievskaya Ploshchad GC is in the first place in the rating of "Kings of Russian real estate". This was written by Vedomosti. Annual income from rental payments of real estate owned by Kievskaya Ploshchad for 2019 amounted to $1.6 billion. Meanwhile, this property falls into the hands of Nisanov often in a very strange way. 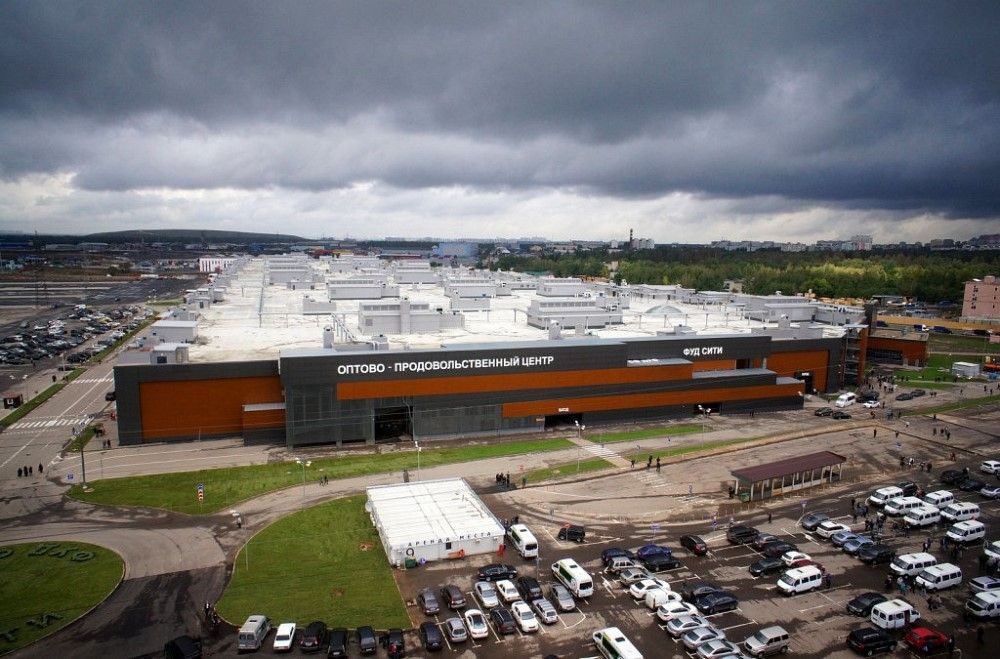 Will God Nisanov's Food City "blossom" with the help of the Ananyevs' former real estate?

There is a suspicion that the projects of Kievskaya Ploshchad, especially in the capital, may be patronized by someone from the authorities. Could it be Moscow mayor Sergei Sobyanin himself?

According to the authors of the Haqqin.az website, allegedly annual illegal cash turnover and smuggling in the Moscow markets, a significant part of which is controlled by Nisanov, is up to $42 billion a year. The amount is comparable to the effect of Western sanctions against our country. But suddenly, if you are covered by such an influential official as Sergei Semyonovich, you don't have to worry.

Meanwhile, the authors of this website, citing such statements, refer to the famous Russian developer Ilgar Hajiyev, the former owner of the developer SDI Group. The latter is a former partner of God Nisanov on a number of development projects, including the Pirogovskaya Riviera, and believes that Nisanov could have caused the loss of his business.

And not just business losses. As reported by Lenta.ru, criminal cases have been opened in Russia and Azerbaijan against structures linked to Hajiyev in the past. Hajiyev himself regards this as pressure. He was forced to leave the country.

Meanwhile, returning to Sobyanin and Nisanov's markets, a video from The Facts YouTube channel is playing on the web, in which Hajiyev says that Sergei Sobyanin receives 12% of all transactions and income that Nisanov has in the capital. It is rumoured that this is due to the fact that at one time the developer could have financed the election campaign of Sergei Sobyanin for $25 million. It is unknown whether this is true or not. But if so, it could be the beginning of a great friendship between two influential people.

Following this logic, Sobyanin should receive interest from Nisanov and from the income of Food City. So, it would be in his best interests to make sure that the former site of the scandalized Ananyev went exactly to God Nisanov. At the same time, neither Sobyanin nor Nisanov seem to be at all confused by rumours about what is happening in such markets for the developer, don't they?

As Kommersant previously wrote, Chinese businessmen working in the markets of Nisanov, namely Moscow, Sadovod and Food City, have become leaders in offering and buying cryptocurrencies. According to the same Kommersant publication, referring to the Central Bank, the shadow turnover of such funds can reach 600 billion rubles.

As Versia wrote, in March 2019, security forces Visited Sadovod, Food City and Moscow of the odious developer with checks. And not just security forces from the Interior Ministry, but also representatives of the FSS.

The special operation also took place in a nearby hotel where the sellers live. Police officers were looking for those who worked illegally or wanted ones. It is rumoured that there were plenty of leads on Nisanov's organizations in this area. Though real offenses are quite another matter. As a result,19 citizens were brought to justice.

In addition, there is a well-known story when the Kievskaya Ploshchad GC and Nisanov were tried to attribute an attempt to get the territory of the Khrunichev Centre in the Moscow region, which are controlled by the Roscosmos State Corporation under the management of Dmitry Rogozin, in a not quite legal way.

As a result, nothing happened, but the employment of Dmitry Rogozin's son Alexey as the General Director of TPU Nagatinskaya on the project of building a transport hub in the capital added fuel to the fire. It is still not clear whether this can be interpreted as a bribe for the territory of the Khrunichev Centre. But it is significant that after publications in the media, Alexey Rogozin hastily left the CEO's chair, and did not have time to implement the project. Did the haters hit the nail on the head?

Brother for brother, Kurgin from the side?

The Ananyev brothers, and especially Timofey Kurgin, are no less scandalous than God Nisanov. They have enough problems now. Including those related to the high-profile story of Vozrozhdenie Bank, which Dmitry Ananyev and his brother Alexey acquired under the patronage of Promsvyazbank in 2015.

It is rumoured that after the transition to the Ananyevs, Vozrozhdenie's assets began to disappear. According to evil tongues, money could be banally withdrawn from the Bank. The Vek newspaper wrote about the possible withdrawal of money from the Vozrozhdenie.

These days, several criminal cases have been opened against the Ananyev brothers. Including those related to Promsvyazbank, which was reorganized by the Central Bank in 2017. The last cases were initiated in July 2020 for embezzlement of 15 billion rubles by Promsvyazbank. The brothers are accused of embezzling a total of 87 billion rubles. This was reported by Kommersant.

Timofey Kurgin, a well-known timber manufacturer and partner of the Russkaya Lesnaya Gruppa (Russian Forest Group) company, previously owned by the Ananyevs, was called one of the key partners of the Ananyev brothers. After all the problems of the Ananyevs, it was Kurgin who gained control of this structure. As Vedomosti wrote, earlier in the network there was information that it was Kurgin and the Ananyevs who bought warehouse space from the OFK Bank, which is now known as Four Seasons.

Timofey Kurgin is a truly odious figure. But today he positions himself as a respectable businessman and philanthropist. However, there is reason to believe that his reputation is pretty tarnished. According to the Versia newspaper, he was involved in the case of the murder of an authoritative State Duma Deputy Sergey Skorochkin in the early 90s. It is curious, that the jury acquitted Kurgin.

According to the same publication, the murder could have been organized by the criminal authority Oleg Lipkin from the Moscow region. Many believe that this case marked the beginning of a series of political assassinations in Russia. As a result, according to Versia with reference to colleagues from the Gazeta.ru, Kurgin could serve several years in prison. There he could meet a number of well-known criminal authorities. Shakro Young is mentioned among them — perhaps the most famous "authority" of modern Russia.

Another possible acquaintance of Kurgin at that time is the late head of the Orekhovskaya OCG Sergey Timofeev, also known as "Sylvester". However, this was ultimately not confirmed by any official sources.

One of his landmark projects — the creation of the Boxing Academy Club, which is attended by many representatives of the elite, could also play a role in meeting influential and authoritative people for Kurgin. 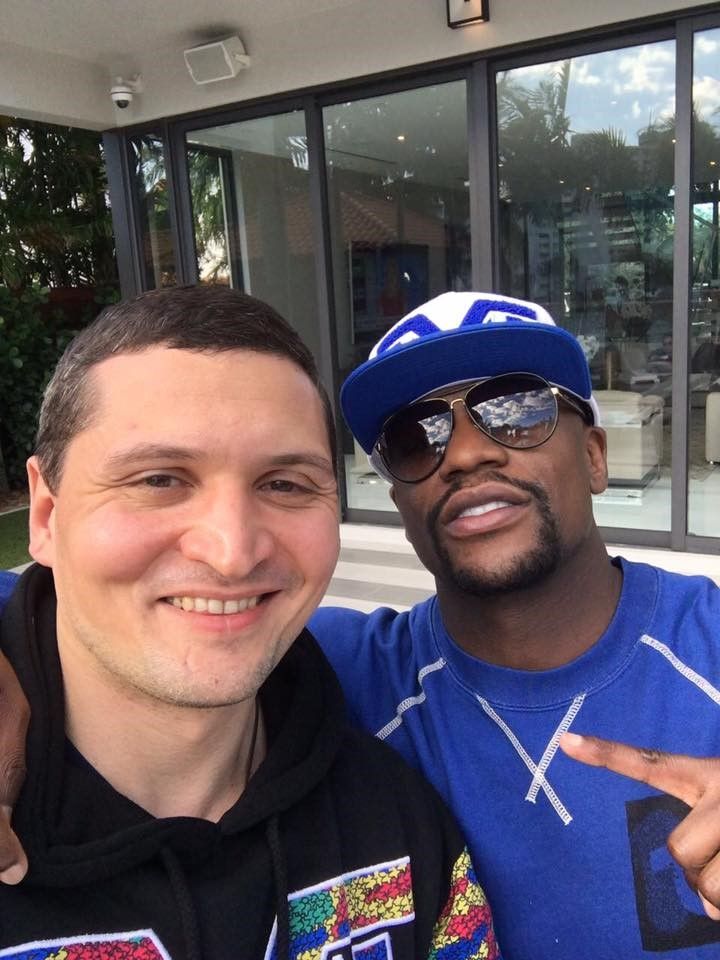 Timofey Kurgin (on the left) seems to enjoy the luxury, and does not deny himself anything. In the photo, he poses with world boxing legend Floyd Mayweather Jr.

Apparently, Timofey Kurgin did not like such rumours very much. By the way, there is a version that he could have changed his name — just these motives. Allegedly, his name used to be Teymuraz. Meanwhile, Timofey Kurgin gained real fame when he began to actively use the "right to be forgotten" — the law that allows the court to delete information about oneself on the Internet. Gazeta.ru wrote about this Kurgin's desire.

It would seem that why delete information about yourself if you are white and fluffy? Apparently, not so white and fluffy. The Moscow Post previously wrote about the publications that Kurgin did not like.

Let us recall that Kurgin filed a lawsuit in which he demanded to remove information about himself from the pages of our publication. Among them — investigations "Fruit and vegetable kings" (mention of Sylvester), "PSB representative to Mechel", where it was assumed that Kurgin allegedly could put pressure on Promsvyazbank to bankrupt the Mechel company. Another publication — "Kurgin's fights without rules", which also mentioned his possible involvement in the murder of State Duma Deputy Skorochkin.

These are just a few of Kurgin's possible, though not proven, "exploits". Whether these were real facts — the court should have established, but Kurgin is not a person involved in any criminal cases. But actively continues to litigate our publication. The nail on the head?

In any case, Nisanov and Kurgin should now have a lot in common. At least, a specific reputation, and this is not enough. However, when it comes to such fabulous profits, such comrades do not seem to think about reputation. We can only guess what will happen to the Four Seasons agro-cluster under Timofey Kurgin and God Nisanov. Is it worth waiting for the FSS to visit there, as it happened with Food City last year?