Nephew for uncle: Stanislav Shuvalov at Gref in the Rusnano case

In the case of ex-top manager of Rusnano Oleg Dyachenko, the interests of the head of Sberbank German Gref and the head of the VEB.RF Igor Shuvalov may "surface."

Skeletons from the cabinets of Anatoly Chubais continue to "fall out" one after another. A week ago, security officials came to search the former partner of Rusnano Oleg Dyachenko (he was a member of the board of directors of the Cyprus-based Nanoenergo Fund Limited, owned by the state corporation).

He is suspected of embezzling $50 million from the Luxembourg company Rusnano - Fonds Rusnano Capital S.A., which was the co-founder of the Nanoenergo fund.

In history, the interests of a much more influential pool of personalities can be exposed. And it is clear that Dyachenko is far from the main character in this story. Details - in the material of the correspondent of The Moscow Post.

The Nanoenergo Fund was created by the Rusnano Capital S.A. Fund together with the Sber structure of CJSC Savings and Investments Management Company (SberInvest). In the latter, Dyachenko was on the board of directors. The case of the "loss of funds" has been going on since 2015, but Dyachenko then cheerfully reported that "This is all nonsense... We have good energy projects with Rusnano, everything is going on, everything is moving - the composite pipe plant has completely entered the market, at a very high level of silicon dioxide, we process rice, we get heat, we have reached an export position... You see, I am free. So the money is not gone. "

It is known that in "Peresvet" there is also money from the Russian Orthodox Church. And Peresvet is investing in projects through SberInvest.

In 2016, a scandal thundered due to the fact that millions from the Chelyabinsk regional budget could leave the bank - the South Urals and six other Russian regions entrusted Peresvet with money to invest in innovative projects, but someone became worried and officials demanded the money back.

According to Ura.ru, through the firms "Kortik-Ural" and "Kortik" "Peresvet" was "laundered" about 8 million rubles, allegedly for providing the fund with accounting and consulting services.

According to the banking analysis portal, the financial situation of Peresvet itself has seriously deteriorated over the past year: zero long-term assets, a decrease of 72% of cash and 43 - required reserves. In fact, the bank lives on 83% of the funds raised. 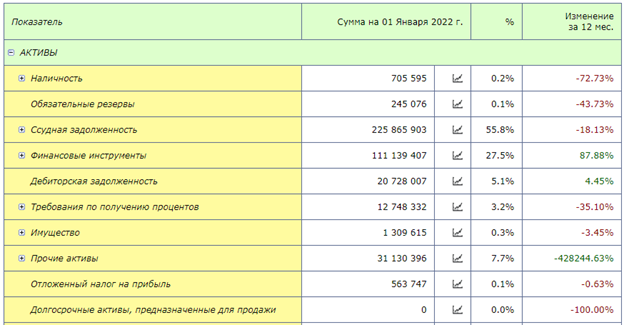 It was even sanitized in 2017. To cover the "hole" of more than 100 billion rubles, funds from creditors and the DIA were sent through a loan from the Central Bank.

For what? So that the money continues to be withdrawn?

As for the companies through which money could be withdrawn, according to Rusprofile, some of them have recently been liquidated, some are in liquidation, are bankrupt, and data on the invalidity of their address have been entered.

Oleg Dyachenko is listed as the general director in several more organizations liquidated or undergoing liquidation at the moment. Including KDK LLC, registered at SberInvest and Rice High Technologies. 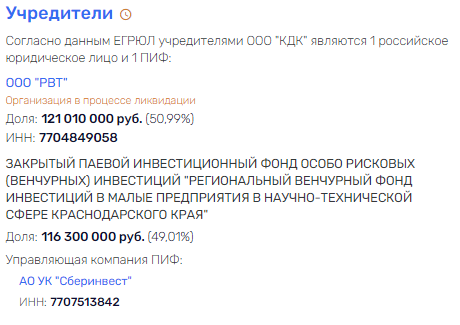 Nanoenergo itself is also registered with Bioinnovation LLC - at the moment it is in the process of bankruptcy, including at the suit of Peresvet JSCB. If we take into account that all this is the links of one chain, it turns out that bankruptcy is, in fact, controlled?

Dyachenko also served on the board as director of Marom Technology, which in 2010 was created under the Skolkovo project for the production of High-temperature ball valves with cermet shutters. However, there is no representation of the project anywhere. Really, stalled?

No wonder. After all, the company belongs to Sarmat (one of the organizations through which Rusnano's money could be withdrawn. Since 2017, Maroma Technologies has shown almost no revenue.

Attempts to avoid responsibility in the estate of Herman Gref

Interestingly, information about the unreliability has been made in relation to the subsidiary of Sber SberInvest. And besides the address, also in relation to the general director - a certain Natalia Podsosonnaya, according to her own statement. But she is likely also far from the first face of the entire history of embezzlement. After all, the true owner of these assets is German Gref.

We found Podsosonnaya's page on the VKontakte social network - there is neither much nor little Skolkovo in the column "place of work." SberInvest is also indicated - but there, according to information from the page, she worked as a CEO specialist (since 2004!). However, the media also directly called her the general director of the organization.

And the offshore NANOENERGO FUND LIMITED itself is also registered for it.

Also, according to Rusprofile, Volga.Start, owned by Sberinvestizia Management Company, was registered for it as the general director. Now the company is liquidated - according to a scheme similar to the above firms. And Podsosonnaya and there filed a statement about the unreliability of the information.

She was the founder of "Cortica" - the same one through which 8 million rubles were "laundered."

The lady seems to have decided to abstract herself from the potentially illegal activities of SberInvest. It won't work, she flashed too much in the media.

It is known that Stanislav Shuvalov is a member of the board of directors of SberInvest. He is called the nephew of the head of the VEB.RF Igor Shuvalov. Although the head of VEB.RF himself denies this, they say that it is his patronage that can contribute to the prosperity of the firm.

Now, however, it is not at all in a state of "high flight" - judging by its financial indicators - in 2021, revenue dropped to zero. Taken offshore?

By the way, according to the authors of the site "Defector," allegedly Stanislav Shuvalov holds a leading post in the construction holding "Peresvet-Group." At one time, Peresvet Bank also entered it. In 2020, a criminal case was opened against Oleg Pronin (the head of Peresvet-Invest, also affiliated with Peresvet) on embezzlement of 1 billion through a bank - Kommersant reported. Investigators established the involvement of ex-president of the bank Alexander Shvets.

By the way, according to the authors of the LiveJournal website, allegedly in 2010, representatives of the Incom corporation accused the Alpenbau company associated with Peresvet-Invest of embezzling more than $2 million intended for the construction of a school on Novorizhskoye Shosse. Did the money go to Peresvet?

And is it not under the control of the same persons that all unsightly actions were committed in Peresvet?

It turns out that essentially not much, not little, can stand behind this whole story, but the head of Sberbank German Gref, the head of the VEB.RF Igor Shuvalov, who, with the help of relatives and friends from the Chubais "clan," could steal budget money from Rusnano, the Russian Orthodox Church and the governments of several regions through Nanoenergo. And $50 million is only the amount that has been revealed during the investigation at the moment. Who knows how much in fact they may have managed to withdraw.