"Mr. Duty": ToAZ as a "milking cow" for Mazepin

To cover the colossal debts of Uralchem and Uralkali, Dmitry Mazepin will pump out Togliattiazot's resources, and cut his own employees' already small salaries?

According to the correspondent of The Moscow Post, Togliattiazota and Transammiaka controlled by Dmitry Mazepin can soon drastically reduce wages - immediately by a third. How this will affect the family budget of employees is not difficult to understand, and this is during crisis events in the economy. Such a step may be associated with Mazepin's desire to compensate for financial "holes" in his other companies, primarily in Uralkhim and Uralkali. Mazepin's business is in debt, like silk. And companies from Togliattiazot Corporation seem to be able to become the "milking cow" that will allow you to stay afloat for some time.

After Dmitry Mazepin, through Uralhim's controlled managers, began to manage and own Togliattiazot and its associated ToAZ organizations, including Transammiak, not the most pleasant rumors for Mazepin began to spread about this corporation. In the fall of 2021, Dmitry Mazepin put an end to a 13-year conflict with the majority shareholders of ToAZ - the Makhlaev family and their partners, for one of the largest producers of ammonia and carbamide in the country and the world. Vladimir Makhlay and his son Sergey Makhlay were convicted in absentia of fraud, since they caused damage to Togliattiazot in the amount of 77 billion rubles, and Uralkhim - by 10 billion rubles.

Reports began to flash on the alleged upcoming optimization of the number of personnel at Togliattiazot, in total, about 5 thousand people are working there so far. In addition, it was about the fact that the employees of Togliattiazot and Transammiak will allegedly cut their salaries to 7-12 thousand rubles a month. How do people survive with this money?

Flying under the slope

The regime of increased savings in Togliattiazot Corporation is quite possible, given the financial condition of Uralchem and Uralkali, the main assets of Dmitry Mazepin. Mazepin, who fell under the sanctions of Western countries, even had to get rid of packages in controlled companies. Kommersant wrote that in the Uralchem Basic Chemical Company (the parent organization of the Uralchem fertilizer producer), Mazepin sold 52%, although he previously owned 100% of the shares in it. In addition, Mr. Mazepin left the post of general director of JSC United Chemical Company Uralchem. Mazepin also ceased to be the controlling shareholder of Uralkali, Forbes wrote.

It seems that Mazepin thus tried to remove the controlled companies from the sanctions. But the fact is that before the sanctions, the financial situation in Uralkhim and Uralkali was ahovaya. The growth of debts, a drop in profitability and value are the current realities of Mazepin's companies. 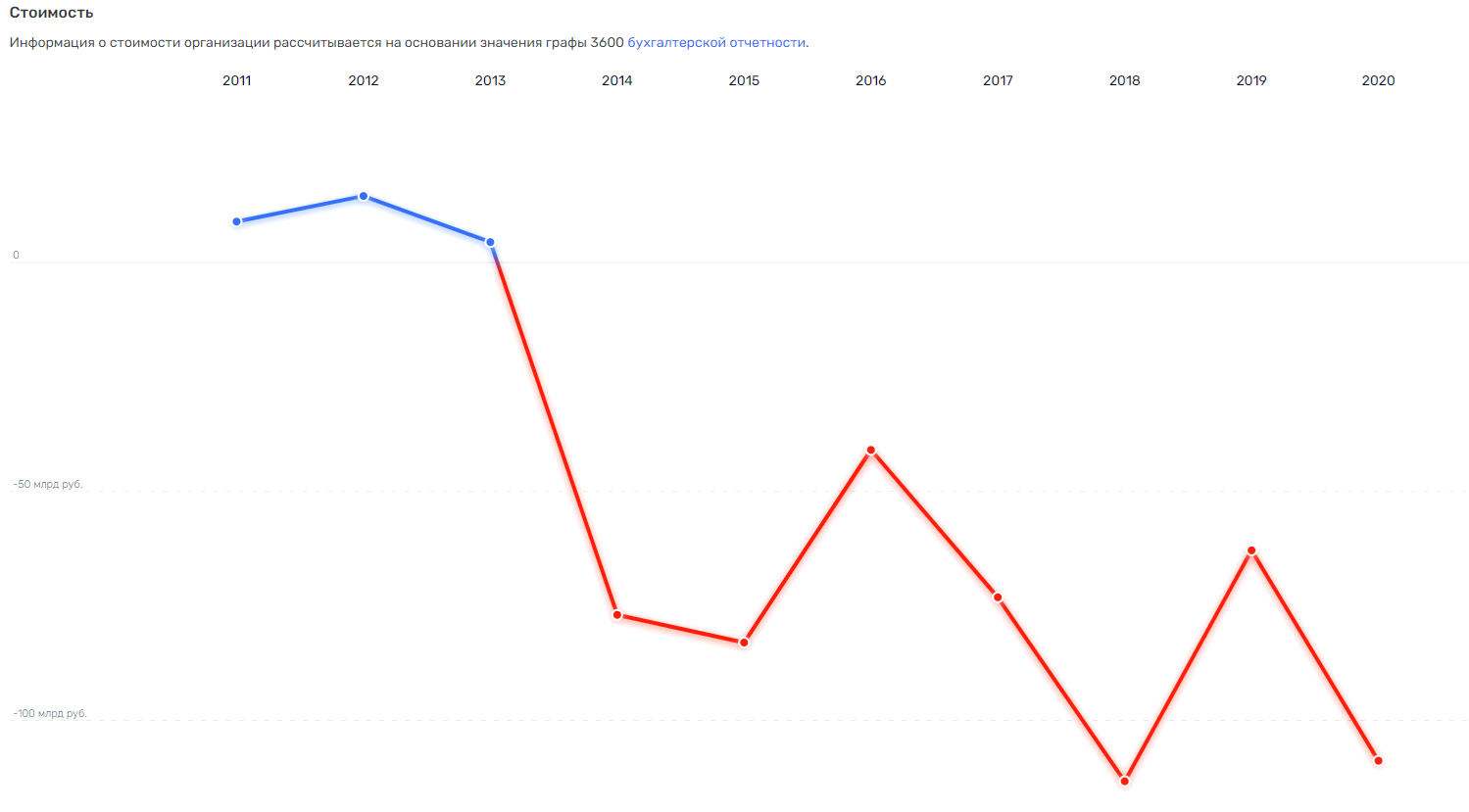 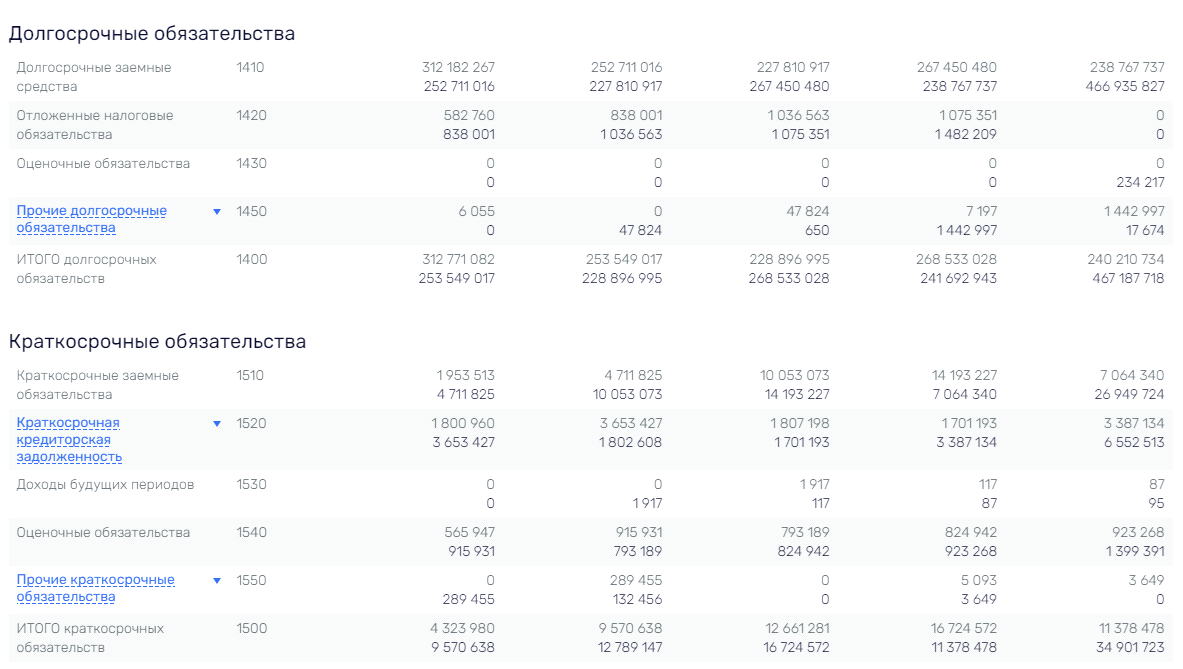 Moreover, the negative value of Uralhim has been observed since 2013. This means that it was then that the amount of debts began to exceed the value of the company's property. Even revenue growth did not help improve the situation. And then the sanctions?

A similar situation is in Uralkali. 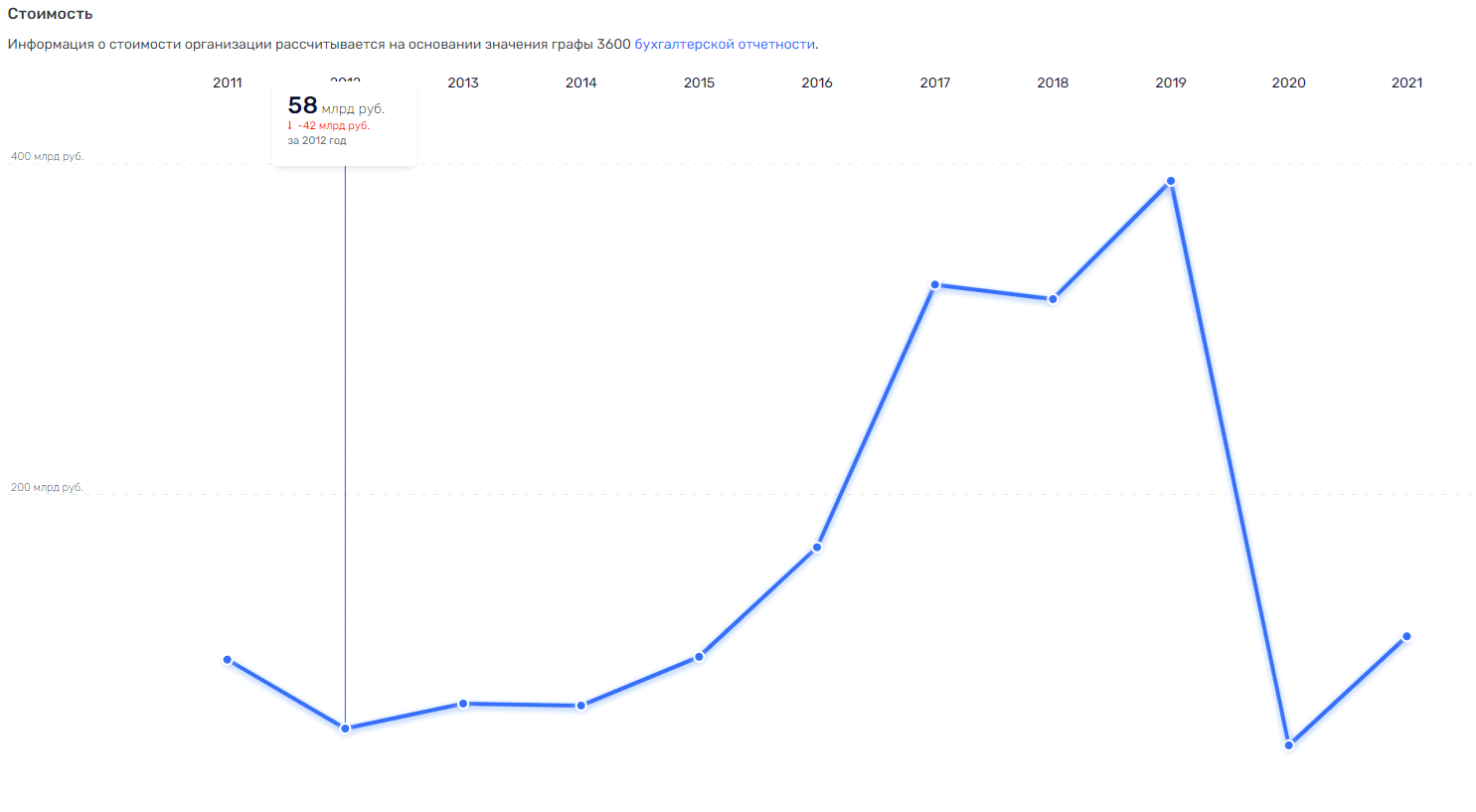 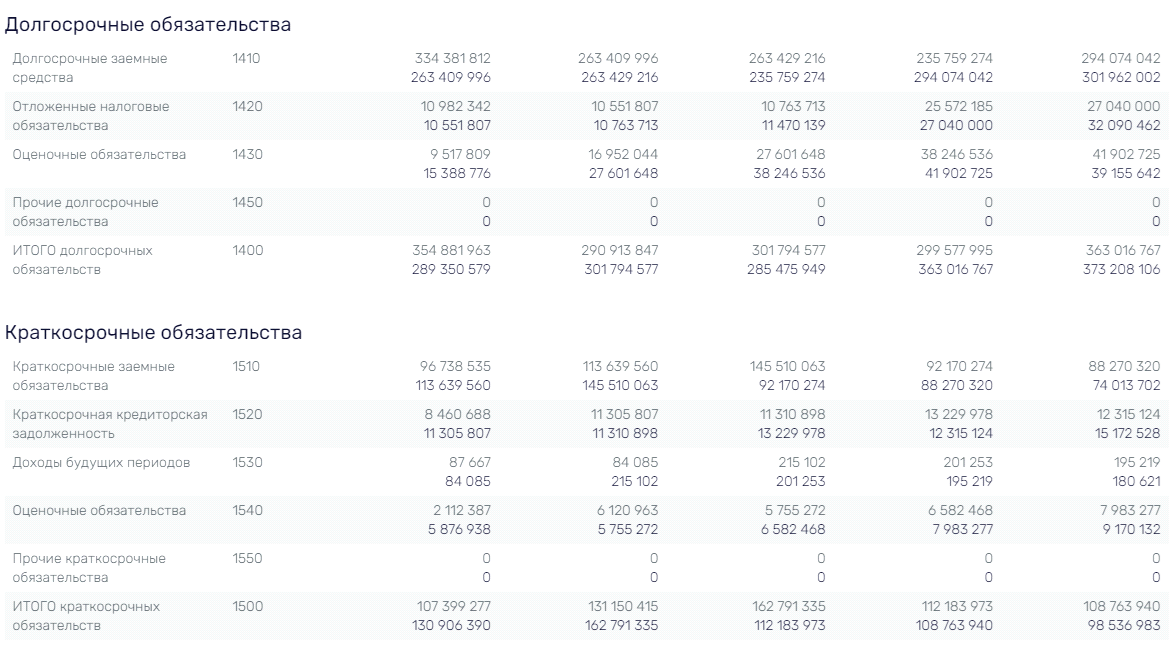 As you can see, Uralkali also has monstrous debts. So according to the results of 2021, they amounted to 471.7 billion rubles. If we sum this figure with the debts of Uralchem, then we will get almost a trillion rubles! For comparison, in 2013, when the same Uralkali changed ownership to Mazepin, the debt was 154 billion. You will not think of an objective assessment of Mazepin's managerial talents.

At the same time, Sberbank is the main creditor of Uralchem and Uralkali. The bank was ready to conduct an audit to check how much loans from Mazepin's enterprises were provided with real assets. But this was even before Mazepin took control of Togliattiazot.

The fact that Mazepin decided to distance himself from Uralhim and Uralkali (he is not formally present in Togliattiazot and Transamiak, either) does not mean that these organizations will be able to avoid sanctions pressure. Moreover, in the West, Mazepin is on a special account not only because of the general situation, but also because of his participation in the dispute over Togliattiazot. For the "expensive Western partners," the persecution of the family by Mahlai Mazepin has obvious features of raiding.

According to the law RICO (The Racketeer Influenced and Corrupt Organizations Act), aimed at combating racketeering and corruption, Dmitry Mazepin and the leadership of Uralhim may bear joint responsibility, wrote Lenta.ru. This may mean that Mazepin can "hang" the damage allegedly caused to Mahlayam and other Togliattiazot shareholders.

In any case, inexpensive credit funds are no longer available, especially in Western banks. What should Mazepin do in such conditions? Try to re-lend to domestic banks that themselves breathe incense, like, for example, VTB? Reduce the number of employees and the salary of ordinary workers? Or bankrupt businesses?

The way out may be the pumping of resources from Togliattiazot Corporation. Companies, compared to Uralchem and Uralkali, are not credited there, revenue is quite stable. 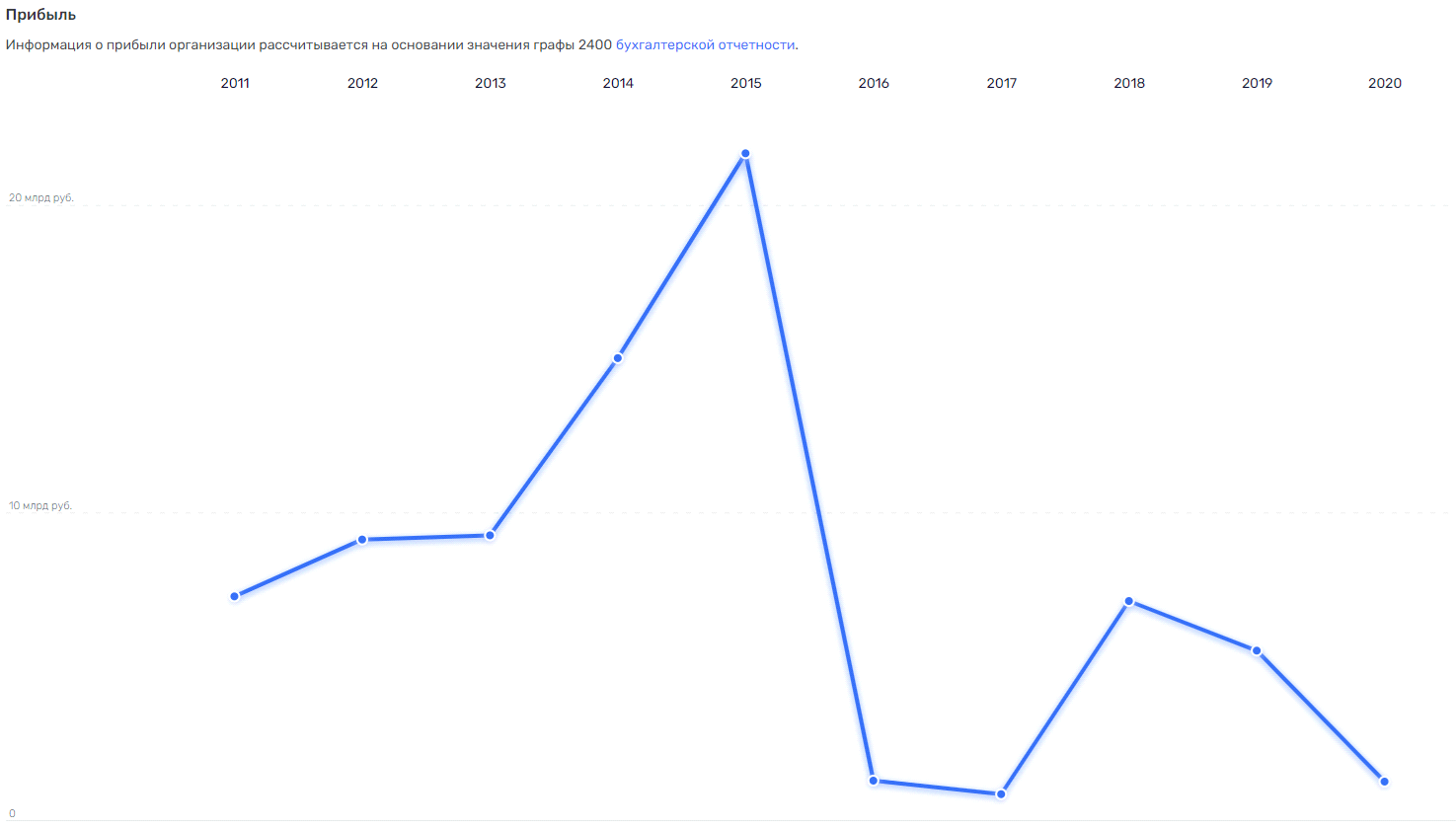 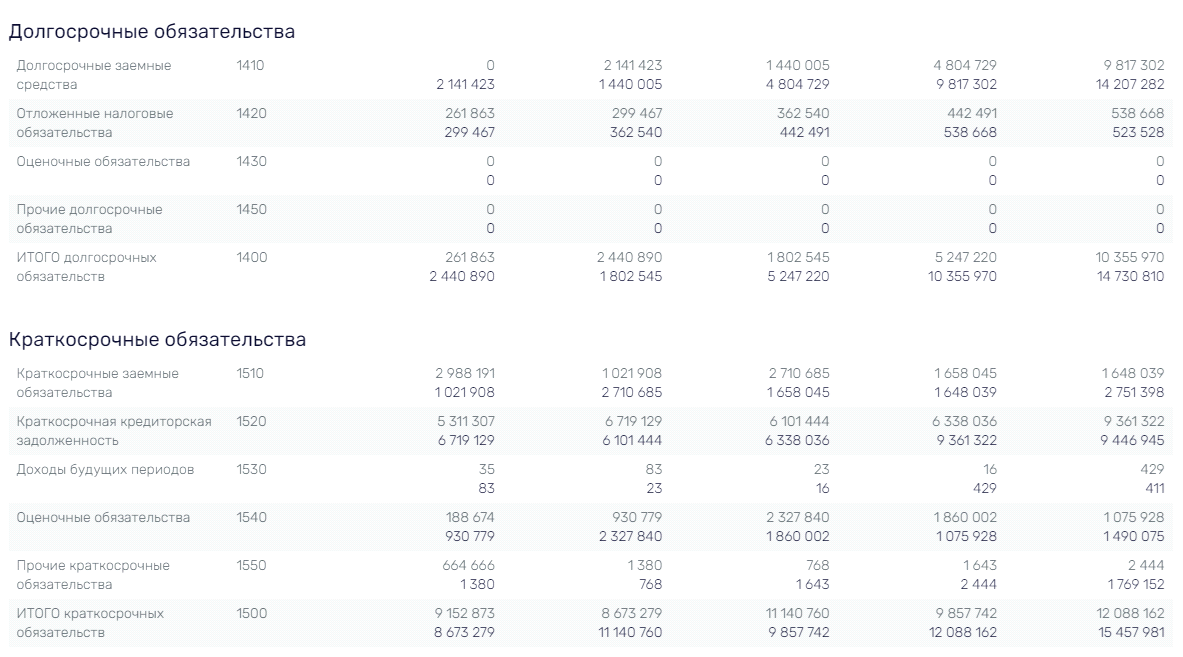 But if at Togliattiazot Mazepin will reduce staff and salaries, then while the quite good performance of this enterprise for a year or two may deteriorate as Uralchim and Uarlkalia deteriorated. And there will be nothing to pump. Moreover, Togliattiazot was already hostage to events in Ukraine today. It is known that the main shipment of the main product of Togliattiazot - ammonia, goes through the Togliatti-Odessa ammonia pipeline. On February 24, Togliattiazot reported that in connection with the situation in Ukraine, a decision was made to suspend the transit of ammonia. The operation of four units was stopped, three units were put into reduced load mode. 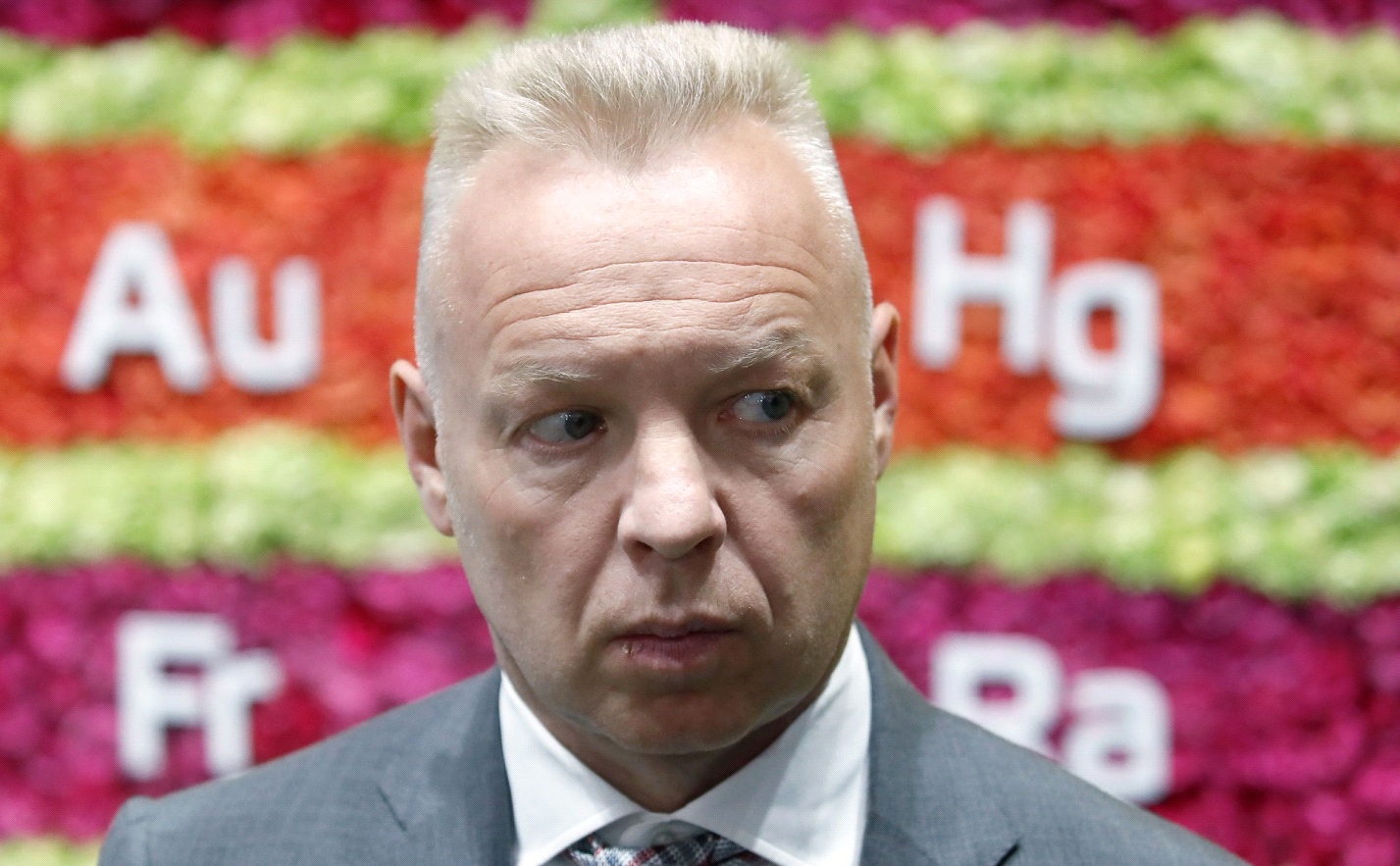 It seems that Mazepin now only remains that he hopes for leniency within the country, and at the highest level, so that he is real, and not nominally moved away from the management of Uralchem, Uralkali and, accordingly, Togliattiazot. But there are too many questions about it not only because of the production activities of enterprises, but also the environmental damage that they cause, which causes irritation to the population.

As Versiya wrote, due to the fact that Mazepin saves on the environmental component of production, only 90 kilometers from the Kremlin, a dangerous "white mountain" of chemical waste grows, already reaching a height of 110 meters instead of the 60 meters declared in the original project.

Tax evasion is also Mazepin's "horse." The same Version reported that Uralkhim was charged taxes in the amount of more than 454 million rubles, which Mazepin tried to challenge. But the court sided with the tax authorities.

The main "cover" for Mazepin in this situation may be the general director of Rostec Sergey Chemezov. Recall that Mazepin was deputy chairman of the board of directors of PJSC Uralkali, and the chairman of this board of directors is just Sergey Chemezov. Therefore, Mazepin and Chemezov can speculate that ammonia and nitrate plants, in fact, are dual-use plants, since they produce raw materials for the production of gunpowder and explosives. They say that this is not the situation to change such an "effective" manager who manages such enterprises important for the country. And a trillion debts can be understood and forgiven, for sure, Sergey Chemezov and Dmitry Mazepin believe.

But will such arguments be appreciated at the very top?