Mishustin's ambitions went to the "city"

Mikhail Mishustin and his people joined the fight for control of the Safe City project?

The Government has launched a struggle for control over the implementation of the multi-billion dollar project "Safe City." Its outcome may strengthen the hardware capabilities of the head of the Cabinet, Mikhail Mishustin.

In Russia, the modernization and implementation of the Safe City hardware and software complex (AIC BG) continues. Since 2007, about 100 billion rubles have been spent on the project. A new concept for the development of the project was adopted in 2014. Now funding is being made for it - it will amount to 97 billion rubles until 2030. The result should be the unification of disparate agribusiness in the regions into a single digital system.

In the struggle for control over the project and the corresponding budget flows, many influential departments and structures converged, behind which serious political players stand. The Government, led by Mikhail Mishustin, who has long been credited with presidential ambitions, claims a leading role.

The result of this struggle may be the consolidation of his image as a possible participant in the presidential race. This enters into a clinch with the interests of other influential groups, the so-called "Kremlin towers." We can say that Mishustin is trying his hand at confronting such hardware "mastodonts" as Rostec, led by Sergei Chemezov, Rosatom, where the influence of Sergei Kiriyenko, the FSO, and recently VTB is still strong.

The correspondent of The Moscow Post understood the peripheries of the hardware confrontation.

It is the Government, headed by Mishustin, that is ultimately responsible for the implementation of the project. Presented as an initiative of the Ministry of Emergencies back in 2007, its implementation is clearly stalling. The need to urgently accelerate the development of a single digital ecosystem for all AIC BG in the regions was again talked about after the recent tragedy in Kazan school.

150 systems, combined into four functional units should be developed and implemented by 2030.

Since October 2020, the National Center for Informatization Rostec has been developing this unified infrastructure of the agro-industrial complex BG. Many regarded the tender he won for 670 million rubles as a sign of Chemezov gaining control over the implementation of the entire project. The deadlines for the development of infrastructure limit the deadlines for its implementation throughout the country - this is logical.

At the same time, the Ministry of Industry and Trade, headed by Denis Manturov, oversees the topic in the Government. The latter is believed to be a very close person to Chemezov. They are connected by long-term friendship, and families are a common business. Allegedly, it was Chemezov who "delegated" Manturov to the Cabinet of Ministers Mishustin. In the situation of clinching Mishustin and Chemezov, Manturov is unlikely to play on the side of the Prime Minister.

At the same time, the interdepartmental commission for the development and implementation of agro-industrial complex BG is headed by Deputy Prime Minister Yuri Borisov. Nor can he be considered a man of Mishustin. A number of political scientists believe that Borisov Mishustin was "imposed" by interests from the military-industrial complex. Not to mention the fact that he works in the Government much more time.

Shadaev goes to the "ram"?

Here, an unexpected figure enters the game for many - Minister of Digital Development and Communications Maksut Shadaev. In fact, Shadaev is the only 100% creature of the Prime Minister himself, even though before that the minister worked for some time in the structures of Rosatom. Shadaev owes Mishustin his position, and it is he who should act as the main "ram" on the part of Mishustin in the hardware struggle for control over the implementation of the project.

According to the authors of the Russian Crime website, allegedly earlier Shadaev was in the zone of attention of law enforcement and supervisory authorities after the implementation of the Electronic Russia project in 2002-2008. 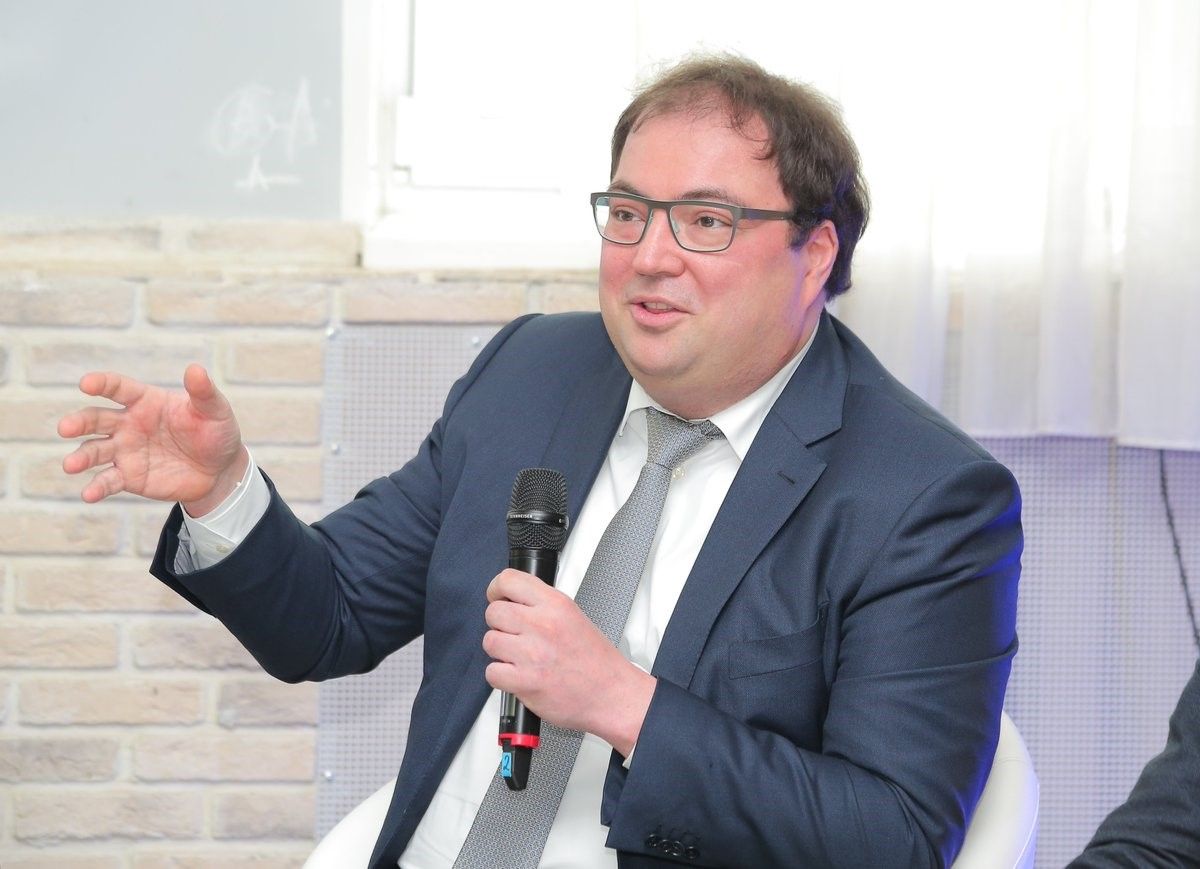 Maksut Shadaev - "ram" Mishustin, who will break through Chemezov's "wall"?

Assuming that this is true, who, how not Mikhail Mishustin could protect him from the supposedly impending threat? In this case, Shadaev would become a fully dependent figure and conductor of his point of view on the implementation of the project. So if the struggle for the AIC BG is Mishustin's "test of forces," then if successful, Shadaev may become a "ram" in other directions.

The prime minister and the minister can connect something more. They are both "digitalists," and Shadaev worked closely with Mishustin during the latter's service in tax authorities. As you know, Mishustin is the one who "digitalized" the Federal Tax Service, and the minister even then worked with him on this topic.

Earlier, the young Maksut Shadaev worked at IBS, where until 2004 he was the head of the business development department of the Internet solutions department, and then the director of business development. One of the key partners of IBS was just the tax service, where in those years Anatoly Serdyukov led. Mishustin also worked there.

One of the founders of IBS is the famous entrepreneur Anatoly Karachinsky. Earlier, he noted that the company's cooperation with state departments began back in 2004, when, on behalf of the President, this head of the Federal Tax Service Serdyukov began developing benefits for IT companies.

Summing up, Mishustin and Shadaev should know each other for a long time. The head of the Cabinet clearly trusts the minister. At the same time, according to our sources, allegedly the main PR player has the same face. So this kind of hardware union comes up.

In this situation, the role of the Ministry of Emergencies is falling. The head of the department, Yevgeny Zinichev, is clearly burdened by the need to twist the project, which cannot be promoted to full capacity for almost 15 years. Zinichev himself came to the Government only with the approval of Mishustin, albeit representing other centers of force. He clearly does not intend to cut for the agro-industrial complex of the State Duma with such "mastodons" as Mishustin or the Rostec structure.

Although it was the Ministry of Emergency Situations at the end of the zero that became the ideologist of the development and implementation of the agro-industrial complex back in 2007 in order to create a system for warning and video recording fires, disasters, etc. And so, in early February 2021, it became known about the decision of the Ministry of Digital Affairs Shadaev to take control of the Safe City hardware and software complex.

The corresponding letter to Mishustin was sent by the head of the Ministry of Emergencies Yevgeny Zinichev himself. It is unlikely that he did this without submitting the prime minister himself. The transfer of the project to the Ministry of Digital Affairs was prompted by the alleged conflict between two Zinichev deputies - Andrei Gurovich and Alexander Chupriyan. Both wanted to lead the work on the system, but they failed. Thus, Zinichev will not allow either of them to strengthen - and both clearly have a sight on the ministerial chair.

The National Center for Informatization Rostec, led by Konstantin Solodukhin, close to Sergei Chemezov, remains in the minus. The center, we recall, is developing common standards and protocols for the integration of disparate agribusiness in the regions. It is easy to assume that now the relevant Mintsifra Shadaev will try to intervene in the work of the Center.

In addition, Solodukhin will probably be pushed through the Interdepartmental Commission, headed by Yuri Borisov, who formally reports to the Prime Minister. That is, the troubles and problems of Chemezov's people will clearly increase. And it is unlikely that Minister Manturov, also a member of the interdepartmental commission, will be there in the first roles against the background of the "old guard" in the person of Borisov.

At the same time, the confrontation is unfolding through the financing of the project. Today it became known about the new concept, according to which the introduction and modernization of agro-industrial complex in the regions is likely to finance ВЭБ.РФ under the leadership of Igor Shuvalov. About this writes Kommersant.

Shuvalov, like Mishustin himself, is often referred to as the "liberal" part of the Russian political establishment. The alliance of the head of VEB.RF with the Prime Minister is much more likely than with the people of the head of Rostec. Despite this, Rostec and Rostelecom took part in the development of the financing scheme. It was from under their joint pen that the figure of 97 billion rubles until 2030 turned out. 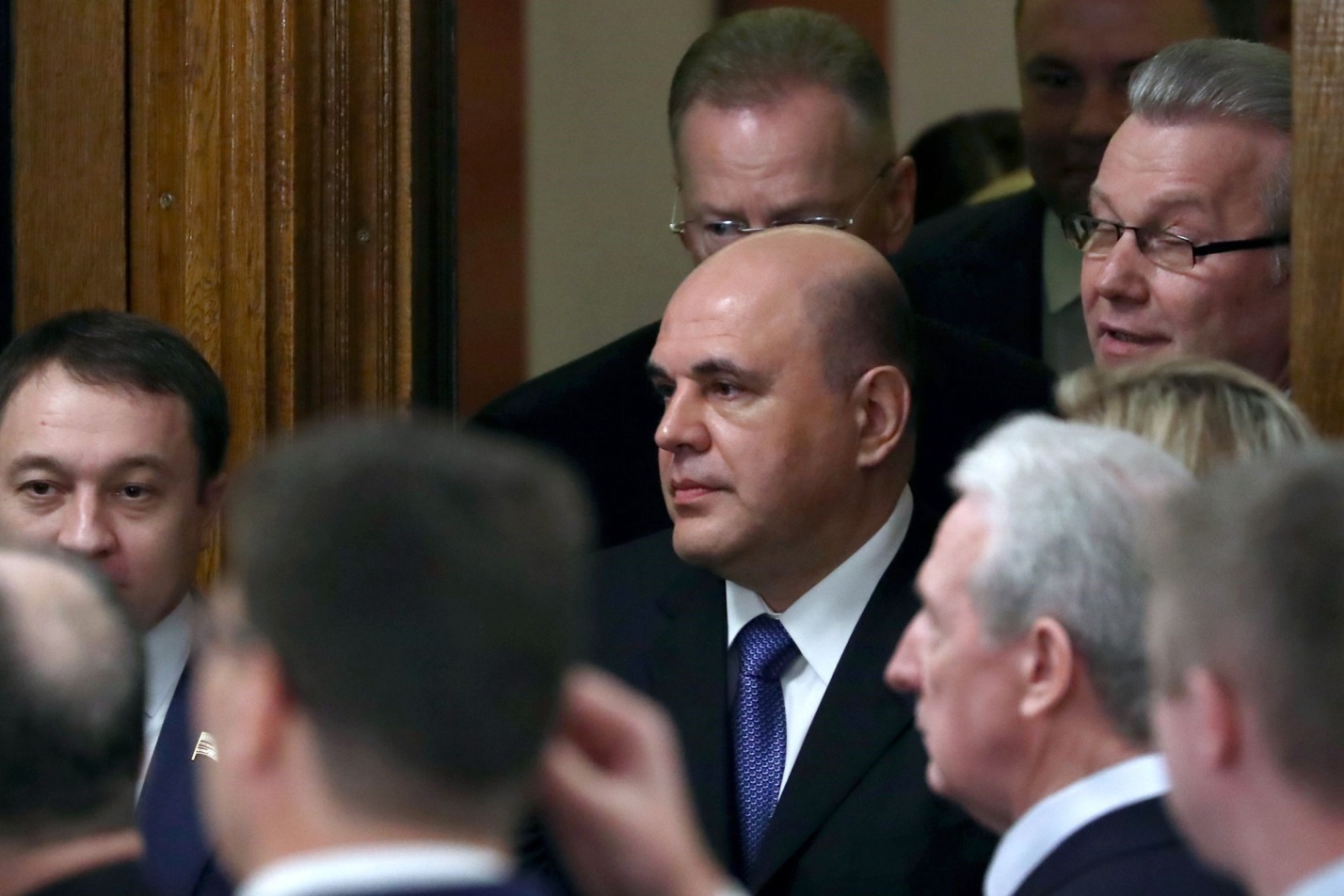 Mishustin is trying to "pull the blanket over himself," facing the interests and lobby of Sergei Chemezov and other influential players

Why should Mishustin so sharply "accelerate"? This is necessary both from the hardware and political technological points of view. The prime minister is trying to play on contrast. Where well-known large players with resources (Rostec, Rostelecom, Ministry of Industry and Trade in the person of Manturov, Ministry of Emergencies, FSO) have not managed in 15 years, he can cope.

This could seriously increase its impact on decision-making on other large infrastructure, social and other projects with significant financial resources. If his position fails, both as prime minister and as a possible presidential candidate will weaken.