Billionaire Leonid Mikhelson, it seems, has again gone to another "team": will he play against Gazprom being on the side of Rosneft now?

According to the correspondent of The Moscow Post, SIBUR, whose largest shareholder is Leonid Mikhelson, did not support the idea to build a full-cycle gas processing complex in Yamal for 2 trillion rubles, which was initiated by Gazprom. Does all this indicate a new "round" of the conflict between the owner of NOVATEK and the head of the gas giant Alexey Miller? Did Michelson run to a long-time opponent of the latter, Igor Sechin from Rosneft? But not so long ago, cold relations were observed between these two ones.

We are talking about the gas chemical cluster, which was presented to Vladimir Putin by Deputy Prime Minister Alexander Novak on December 1. According to him, it involves the construction of gas processing and gas chemical complexes. However, SIBUR stated that they see the reasonability of building full-cycle gas processing facilities directly on Yamal as "doubtful".

Last year, Gazprom announced its desire to build a gas chemical complex on the Peninsula. And just a couple of days ago, sources named Sibur among the potential partners of the project. As well as NOVATEK, which is also controlled by Leonid Mikhelson. But what has changed so dramatically?

Recently, Gazprom's top management criticized NOVATEK, saying that the state-owned company's revenue statistics "sank" due to deliveries from the Yamal LNG plant. According to the authors of the Papagaz telegram channel, allegedly the main claim of representatives of the gas giant is that LNG does not pay export duties and extraction tax - the corresponding benefits to the Michelson project will be valid for 12 years after the first batch of products is shipped. Because of this, the budget did not receive as much as 150 billion rubles in taxes, which would not have happened if raw materials had been "piped". And it is clear who has got the pipes.

It was said that the real reason for the conflict between Gazprom and NOVATEK was that Mikhelson was "maneuvering" between the gas corporation and Rosneft. In the business community, Michelson is rumoured to have a reputation for never saying no. But, allegedly, not everyone likes such a "floating" position.

However, just recently, everything seemed to be going well between Miller and Michelson - Michelson even assured that his LNG from Yamal would not compete with Gazprom's pipeline gas. Did he deceive?

Why remember the old...

Against this background, it seems that Michelson smoothed the conflict with Sechin. According to Yamal.Pro, the Chinese Zhongman oil and gas corporation (ZPEC) will drill wells in the Yamal field, which is being developed by NOVATEK's structure. Michelson's company has already worked with foreigners in the past year. Earlier, Rosneft also used ZPEC services.

At the same time, both Mikhelson and Sechin are happy to use the services of foreign oil and gas service companies. Against this background, the "delight" of the head of Rosneft for supporting its domestic enterprise Zvezda raises questions. Or is the state corporation for supporting "ours" only if these "ours" in fact, belong to it?

Actually, the situation with Zvezda was the reason for the recent conflict between Sechin and Michelson. The head of Rosneft allegedly began to impose on the company's own LNG. As a result, Zvezda will make 15 vessels for the Arctic LNG-2 project. At the same time, they will cost almost twice as much as foreign analogues. All this, of course, stood across the throat of Michelson, taking into account that the shipyards of South Korea, have already built 15 gas carriers for him. And at a much better price.

But Michelson still had to agree for the collaboration with Zvezda. Apparently, he was subtly hinted what would follow his sharp refusal to work with Sechin, "tearing" from the budget "feeder" until 2022. And Michelson, obviously, is ready to sacrifice his own interests, just so that this does not happen.

Moreover, NOVATEK said that it is even ready to load Zvezda with orders for another 20 gas carriers by 2030. Spiteful critics claim that this is nothing more than an attempt to "please" so that Michelson is still allowed to make 10 gas carriers abroad, which his company really needs by 2023-2024. And the Rosneft company at this point, they say, will not have time to prepare the vessels.

And, it seems, that Michelson succeeded to do such a "trick". As reported by Kommersant, Sovcomflot (linked to the family of Gennady Timchenko) and the Japanese company Mitsui OSK Line received a contract for gas tankers for NOVATEK's Arctic LNG-2 project at South Korean shipyards.

By the way, the businessman is famous for allegedly being ready to "deceive" his partners at any time and "switch" to another team. Well, the more "feeders" - the more full you will be! This is what many see as the reason for his business success. Probably, thanks to its masterly ability to "negotiate" and "change shoes", NOVATEK received the exclusive right to float, including under foreign flags, which is formally prohibited. And on the Northern Sea Route, he was allowed to use the tankers he already had. 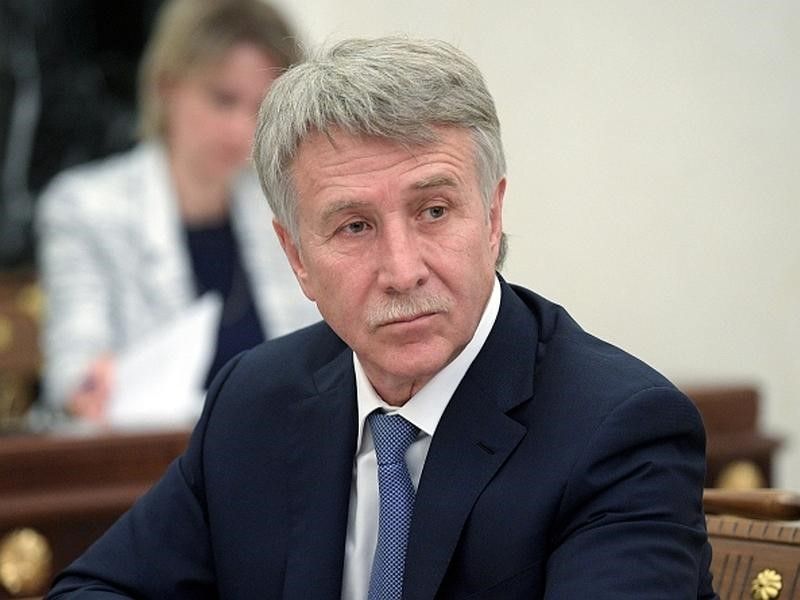 Does Michelson know how to get what he wants?

As Sudostroenie wrote, year-round navigation along the Northern Sea Route began in 2010, and the initiator of this story was none other than the head of NOVATEK.

The Ministry of Natural Resources also reserved ten sites for Michelson's company in 2016, as NOVATEK plans to organize an LNG cluster in Yamal and Gydan. Yamal LNG has already been launched, and by 2023, Arctic LNG-2, which was built on the basis of the Utrenneye field on Gydan, will be fully developed. But Sechin also showed interest in Gydan: Rosneft planned to build a LNG venture near Minkhovskoye field. Well, Michelson can compete with solid people!

It seems, Mr Sechin is not against smoothind out the relationship with Michelson now. It is unlikely that he sees him as a reliable partner for years - after all, he has already had the opportunity to personally find out what Michelson can do with partners. However, it could be useful. The head of Rosneft, they say, has a long-standing conflict with Gazprom - after all, the companies work on the same "field".

According to Regnum, in 2015 Rosneft sent a letter to Deputy Energy Minister Kirill Molodtsov with a proposal to divide Gazprom into transport and production companies, as well as to abolish the monopoly on LNG and natural gas exports. Moreover, the state corporation headed by Sechin even developed its own "Concept for the development of the domestic gas market", which involves the reorganization of the gas giant.

And in 2017, Rosneft planned to build a gas pipeline from Iraqi Kurdistan to Europe. That is to compete directly with Gazprom's Turkish stream. According to Business-Vector, in March of this year, Sechin's company agreed on a project for a new gas pipeline abroad. However, it is not very clear whether we are talking about a project that was planned three years ago. Anyway, according to experts, negotiations with the Kurds are a kind of instrument of pressure on Gazprom.

And conflicts of interest for state-owned companies happen all the time. According to the authors of the Neftianka portal, the issue of gas at the Sakhalin-2 project, half of which was owned by Gazprom, was allegedly a serious disagreement at the time. Rosneft "beat out" access to it through the court. In its turn, the gas giant tried to approach Sakhalin-1, which Rosneft was a participant in.

As reported by RBC, for a long time, Rosneft has been fighting for the right to supply small volumes of gas to China via Gazprom's Power of Siberia gas pipeline.

The last aggravation of relations was observed this summer. According to Kommersant, Rosneft, which wants to get three gas sites on Taimyr for the production of liquefied gas, is faced with an ambiguous position of the relevant departments, which are afraid that in the future LNG supplies to the oil companies may compete with the pipeline exports of the gas giant. In 2016, for the same reason, Gazprom managed to "neutralize" the Sechin Pechora LNG project.

Sechin now wants to issue a "response" to Miller? And Michelson is over here just in time! But the latter ones have already "acted" against Gazprom in tandem. According to Znak, in 2016, top managers sent a joint letter to Prime Minister Dmitry Medvedev with a request to suspend the preparation of an experiment on the sale of gas at market, unregulated by Gazprom prices.

Does it mean that Mikhelson in the "timeless" conflict between Miller and Sechin again "went" to the side of the latter? But how long will he stay in Rosneft's "team" this time? Probably exactly as long as he doesn’t consider friendship with "Gazprom" to be a better option.

15 December, 8:07
How the West, harming Russia, brings it closer to the East