Have Sergey Vasiliev and Igor Menshenin from the Russian Funds bought a poultry farm with the money of Mezhtopenergobank, which once belonged to deceived depositors?

Unbelievable, but it is true: the Russian Funds investment group of Sergey Vasiliev is preparing to purchase a complex for the production of quails near Sergiev Posad in the Moscow region. For this purpose, the structures of the Russian Funds IG, Ptidom LLC and Nefteline Trade LLC established Turakovsky Poultry Complex LLC (TPC). The complex in Turakovo includes more than 20 poultry houses, production workshops, a land plot of more than 120 thousand square metres. The asset is estimated at 400 million rubles.

Why would there be such an interest in a low-flying bird?

Recall that the Russian Funds IG owns the Seligdar gold mining holding, the Agritek oil extraction plant, as well as the Melkombinat in Tver. In addition, Sergey Vasiliev, as well as his closest business partners Igor Menshenin and Yuri Shutov, are directly related to the Mezhtopenergobank, which went bankrupt in 2017. More than 29 billion rubles went to "nowhere", and 4,149 depositors were left with "nothing". Is it possible that these billions have appeared at the quail poultry farm now?

The situation was investigated by the correspondent of The Moscow Post.

Let us recall some of the events that have passed. Mezhtopenergobank appeared back in 1994 in the form of Open Joint Stock Company to serve the enterprises of the Moscow fuel and energy and gas complex. At the very beginning, the main shareholders and customers of the bank were such companies as SUE Mosgaz, OJSC Gazavtomatika (a subsidiary of PJSC Gazprom), MGP Mosteploenergo, etc.

One of the first clients and shareholders of the bank was the multi-profile Promfinstroy holding.

In 2002, the legal form was transformed into an Open Joint-Stock Company (Joint-stock Commercial Interregional Fuel & Energy Bank Mezhtopenergobank). In 2007, the credit institution began to develop its retail business by opening several offices in the Moscow region. By the end of 2011, the merger of OJSC Bank Alemar (Novosibirsk) was completed. 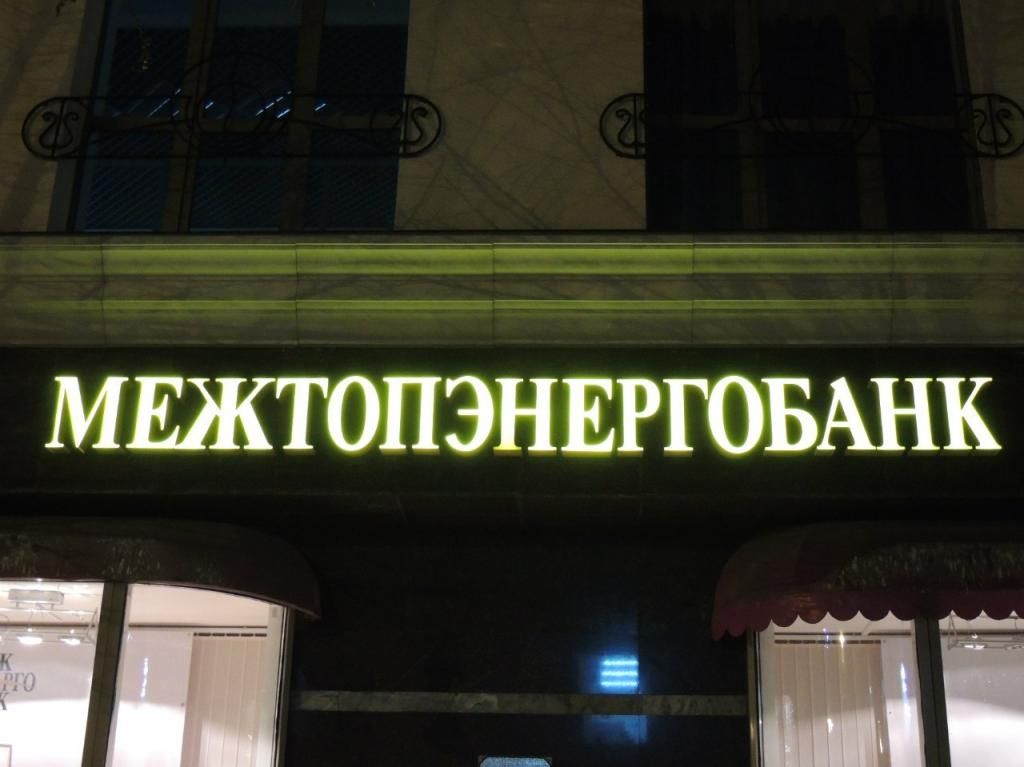 In 2005, the bank joined the deposit insurance system.

The main beneficiaries of the bank were the Chairman of the Management Board, member of the Board of Directors Yuri Shutov (24.97%), members of the Board of Directors Igor Sulkis (19.73%) and Vladimir Grebenkov (11.87%), members of the Management Board Marina Nemtsova (5.82%), Igor Perminov (5.71%), Igor Menshenin (4.30%), etc. This was reported by Banki.ru.

It was Igor Menshenin who eventually headed Nefteline Trade LLC. He was also the head of the Alemar bank, which later joined to Mezhtopenergobank. 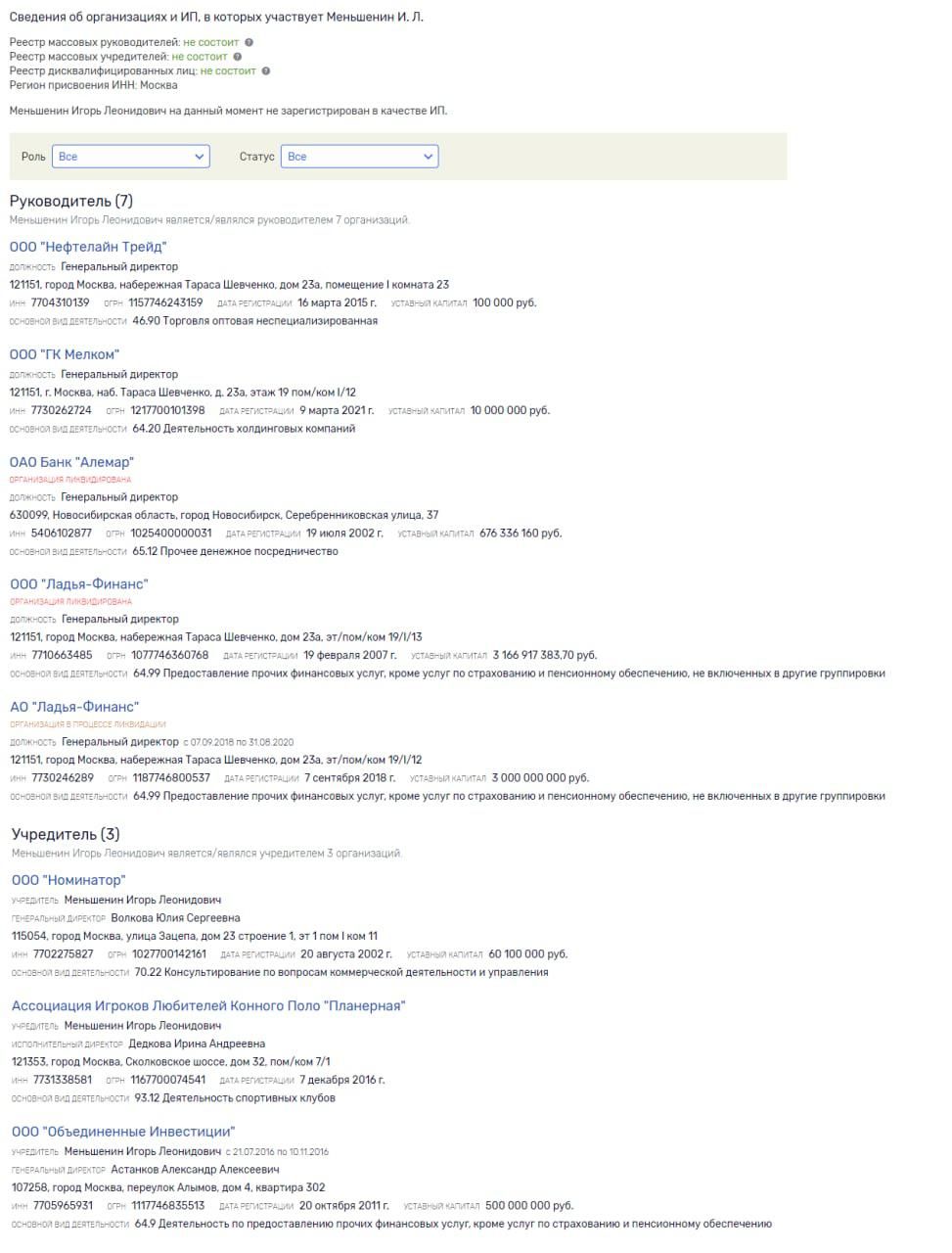 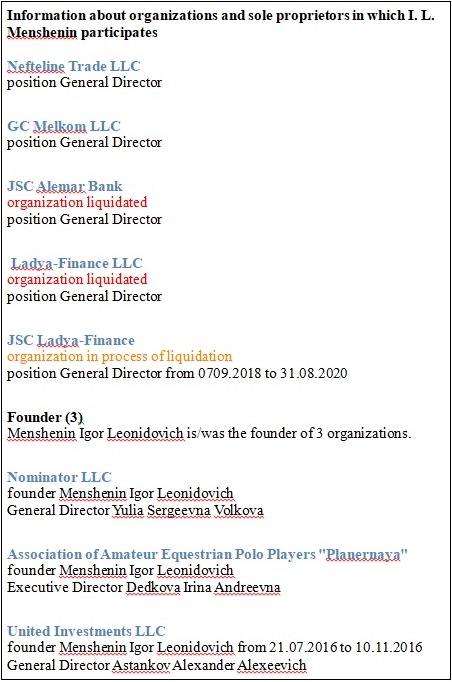 The bank had a well-developed network of sales and representative offices, which consisted of 5 branches (in Novosibirsk, St. Petersburg, Samara, Volzhsky and Chelyabinsk).

Negotiations on the merger of Mezhtopenergobank and Alemar Bank began in August 2009. At the beginning of 2010, it was decided to merge. As of March 1, 2010, the assets of Alemar Bank amounted to more than 9.5 billion rubles.

Igor Menshenin, who was previously Deputy Chairman of the Management Board of Mezhtopenergobank, became the new General Director of Alemar. Here it is necessary to speak about something - the extraordinary mathematical talents of both Yuri Shutov and Igor Menshenin. 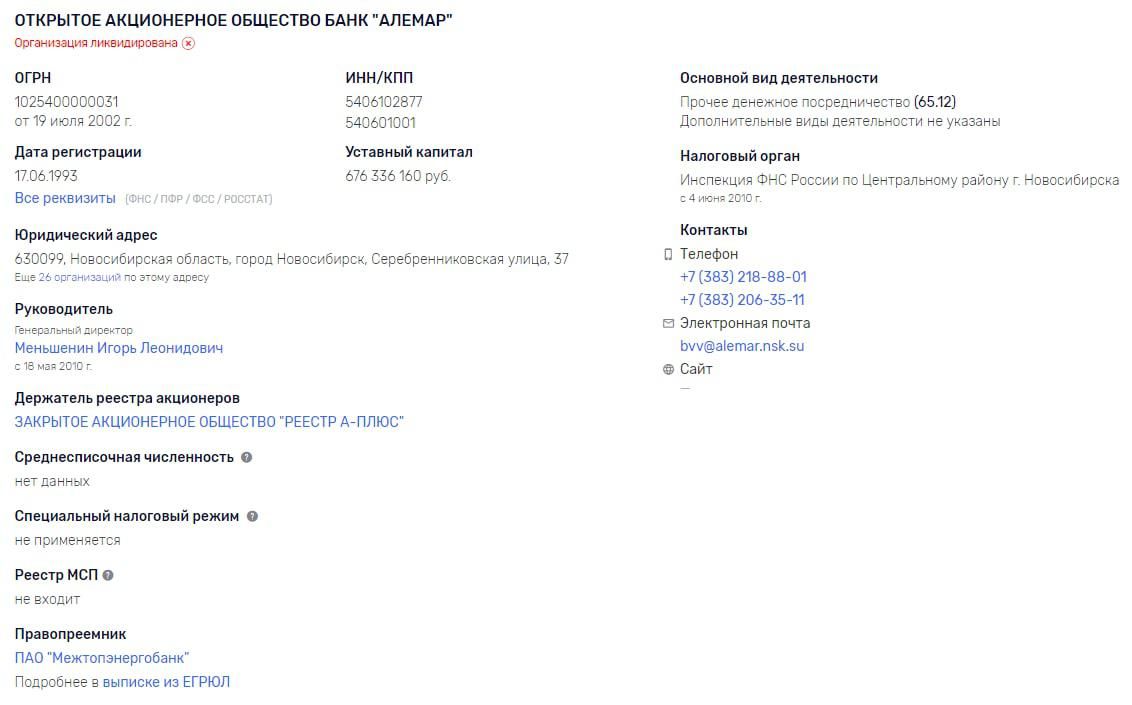 Yuri Shutov, a member of the Board of Directors of Mezhpromenergbank, graduated from the Moscow Institute of Physics and Technology (MIPT) with a degree in Applied Mathematics and Physics.

Igor Menshenin also graduated from MIPT in the same specialty, a little later he also mastered the Air Force Engineering Academy named after N. E. Zhukovsky with a degree in Applied Mathematics. 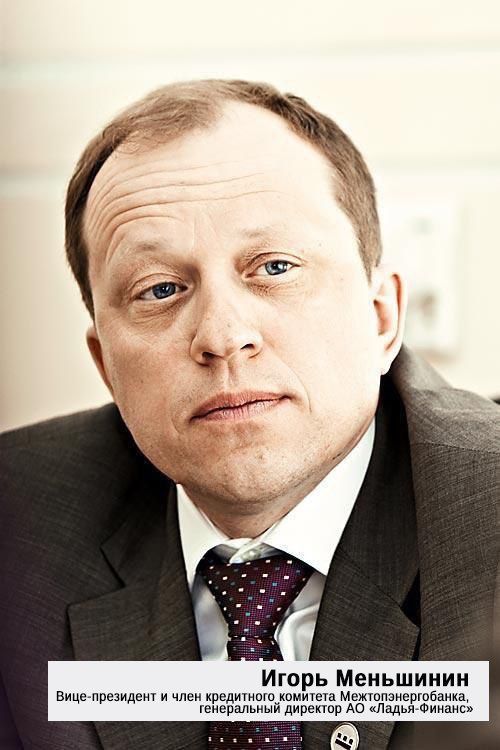 Such talented "scientists"-mathematicians managed the financial flows in Mezhtopenergobank. And they "conducted" until mid-2017, when the bank's license was taken away. 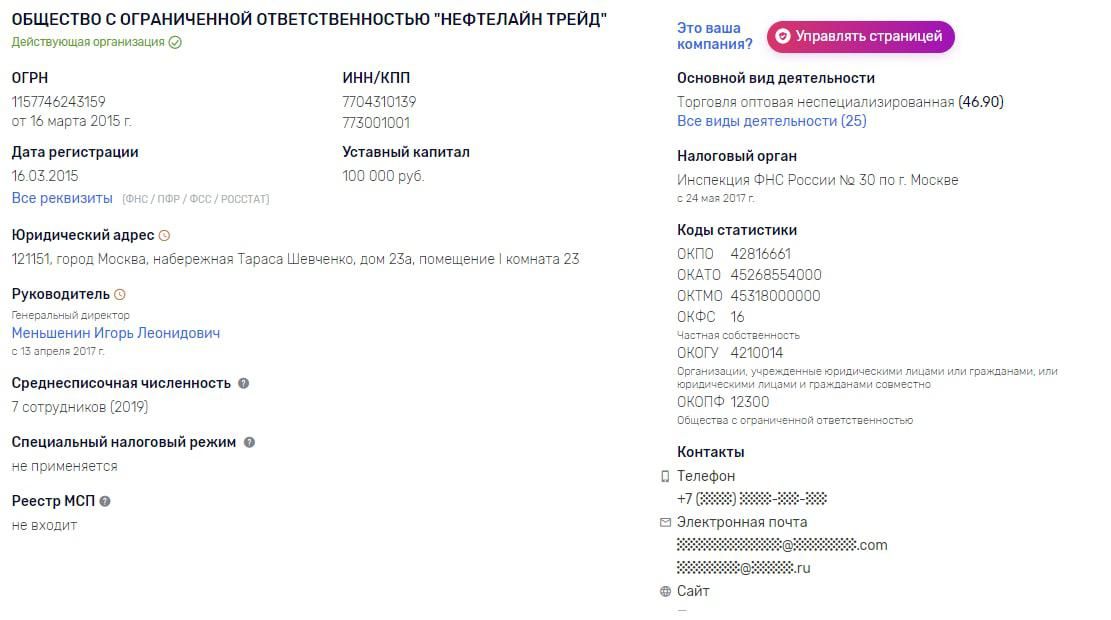 Revocation of the license

Mezhtopenergobank lost its license on July 20, 2017. What was the reason for the recall?

This credit institution placed funds in low-quality assets, including in the construction and investment sectors. And it did not adequately assess the accepted credit risks. The Bank provided loans to companies that do not conduct real business activities, did not comply with the requirements of the legislation and regulations of the Bank of Russia in the field of countering the legalization (laundering) of proceeds from crime and the financing of terrorism in terms of identifying transactions subject to mandatory control.

The Bank of Russia has repeatedly applied supervisory response measures to PJSC Mezhtopenergobank: twice restrictions were imposed on attracting deposits from the population.

But the managers and owners of the bank did not take effective measures to normalize its activities. Mezhtopenergobank was unable to fulfill its obligations to creditors in a timely manner. And the Bank of Russia, on the basis of Article 20 of the Federal Law "On Banks and Banking Activities", revoked the bank's license.

Did the money surfaced in Ladya-Finance?

Higher mathematical education was very useful for both Yuri Shutov and Igor Menshenin from the Russian Funds IG and the deceased Mezhtopenergobank. 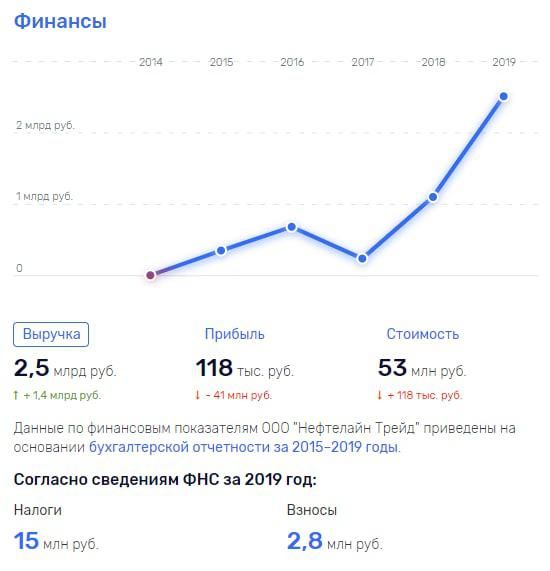 It should also be recalled that Mezhtopenergobank was created by the team of Tveruniversalbank (TUB). And it was this team that the interim administration accused of stealing assets.

On the website of the Russian Funds IG, the bank is proudly called "the most successful bank of the New Russia".

Numerous structures became clients of the bank, among them was the Ladya Finance company. Another large block of clients of Mezhtopenergobank was associated with the co-owners of the bank and the Alemar Group. The flows to Alemar were made out by the former financial director of Rusnano, Dmitry Zhurba (today he is on the run) and Leonid Melamed (under investigation), and utility payments were "tracked" by Mikhail Abyzov ("resting" in the pre-trial detention centre). 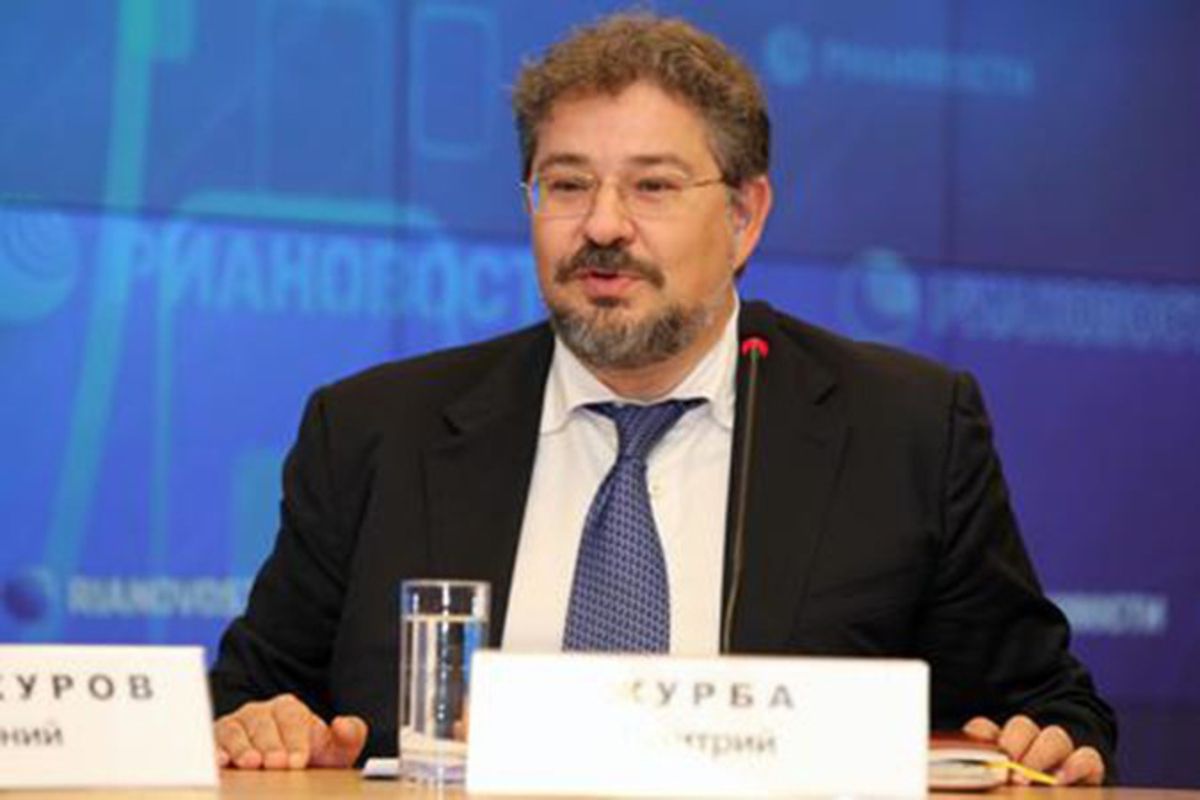 Alemar had a bank of the same name in Novosibirsk, which was joined to Mezhtopenergobank by Igor Menshenin.

After the merger, Leonid Melamed and Dmitry Zhurba became minority shareholders of Mezhtopenergobank, but they lost 220 million rubles in Rusnano's consultations. This money was used by the Alemar group.

The FAS directly accused Mezhtopenergobank of fraud in the Tver region, but it all ended with a small fine. This was written by Mosmonitor.

In the Moscow region, antimonopoly officers discovered a cartel consisting of SNB Media Group LLC and JSC Nauka-Svyaz (part of Russian Funds), which was lent in Mezhtopenergobank and through the Ladya-Finance company, the Board of Directors - again - includes Igor Menshinin. The FAS proved collusion, but for some reason released the cartel magicians, writing out a ridiculous fine  as a formality. 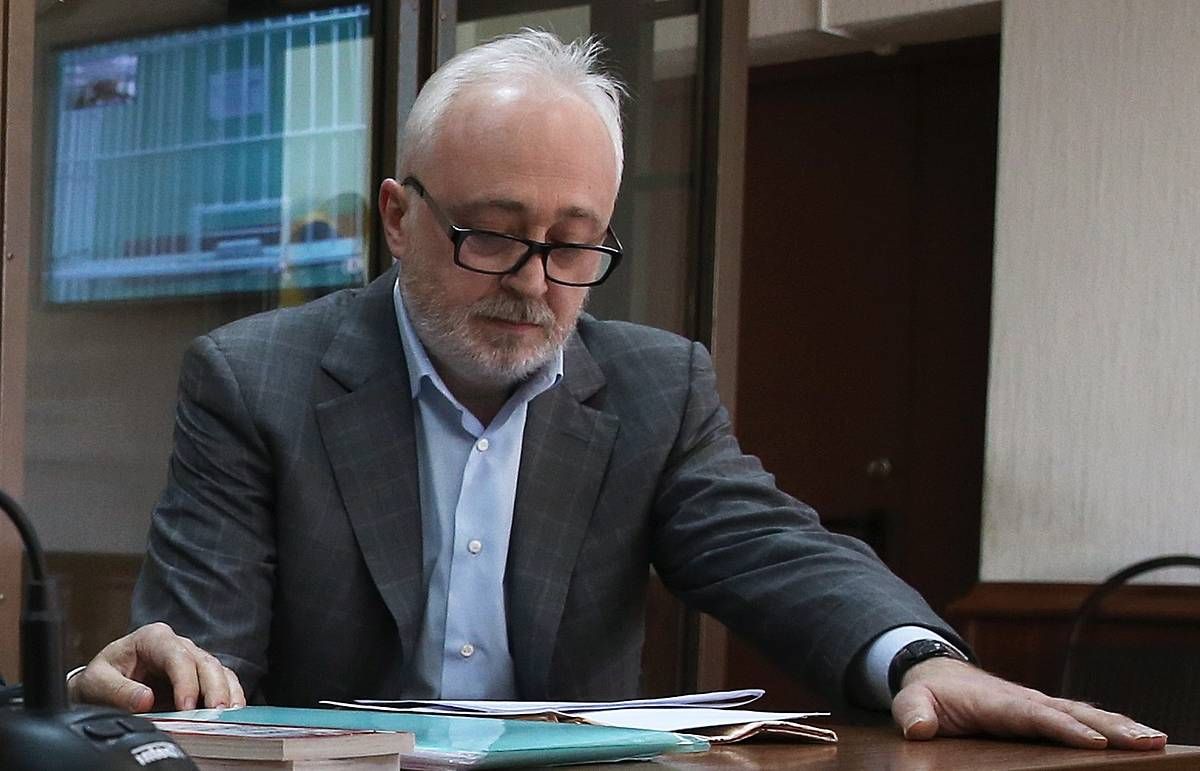 The filling of Ladya Finance JSC with money under the leadership of Igor Menshenin also looks strange. For a long time, the Ladya Finance company places an announcement about the issue of certain bonds on the website of Russian Funds, sometimes at a rate lower than the refinancing rate, which some anonymous investors buy up for 3 billion and do not require dividends for a long time. Then the money is returned to the Tver region.

The Ladya Finance company can be found in the protracted bankruptcy of Melkombinat (Tver Flour Mill).

Yuri Shutov also lived in the Tver region for a long time before his disappearance, since Mezhtopenergobank invested a large sum in the creation of a waste landfill. Another 1 billion rubles turned out to be "buried" in Orshinsky Zori LLC and some other projects. They were founded under the "supervision" of Sergey Vasiliev’s friend  - former Governor of the Tver region Dmitry Zelenin. This was written by Mosmonitor. 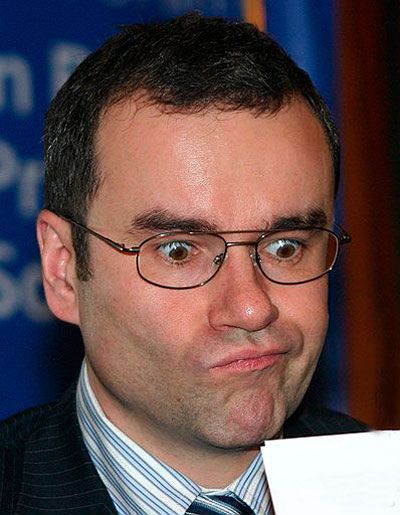 It should be noted that the mathematicians-bankers themselves knew perfectly well what was happening inside the bank... About a month before the revocation of the license, Yuri Shutov left the bank's office. And disappeared.

But after the mysterious disappearance of Yuri Shutov, the DIA found a "hole" amounting tens of billions. A criminal case was opened. They say that today Shutov "sunbathes" in Israel. According to other sources, he walks through the narrow streets of old Vilnius. There's no mention about bringing the bank's shareholders to subsidiary liability.

Recently, the DIA became very interested in a certain Iriton LLC with a balance of 600 million rubles, which began to dispose of the property purchased with the money of Mezhtopenergobank.

The mansion of Iriton LLC is located in the centre of Moscow near the Novokuznetskaya metro station. And it knocks you down with its pomposity. Couldn’t the DIA cope with the bankers-mathematicians from Mezhtopenergobank and Russian Funds?

In the pompous mansion is located Glavny Bukhgalter (Chief Accountant) LLC, which is directly related to the chief accountant and co-owner of Mezhtopenergobank Marina Nemtsova. To date, a hundred new companies are "registered" in this building. And most of them are new business of Shutov, Vasilyev, Menshenin and other shareholders of Mezhtopenergobank. On average, each office has a balance of 500 million rubles or more.

Almost all together began to go bankrupt, transform, change the founders to nominals or liquidate in a year or two before the withdrawal of the license.

And there is no doubt that the complex business configurations of the founders of Mezhtopenergobank are coordinated from a single centre: it is indicated as Glavny Bukhgalter LLC. 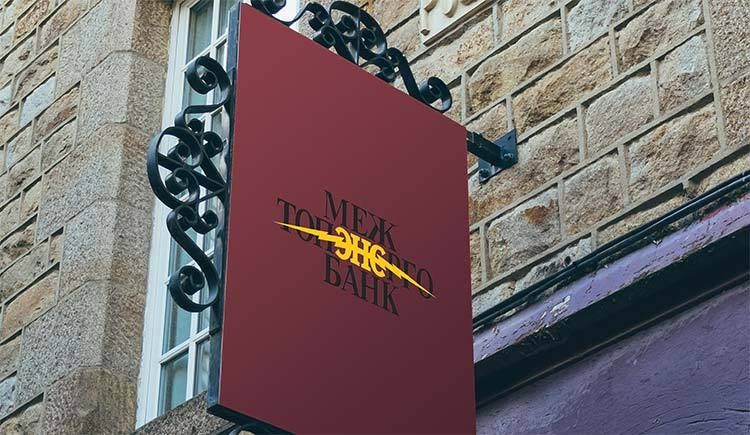 In fact, this is the new office of the "deceased" Mezhtopenergobank, which quietly and calmly separates assets from the DIA with denominations, changes and bankruptcies.

A brilliant education, however, is given at MIPT.

It should be recalled that in 2017, the amount of insurance liability of the DIA to the depositors of Mezhtopenergobank was estimated at 26.6 billion rubles.

Part of the depositors' money is in companies in a luxury mansion near Novokuznetskaya metro station. Almost every second share is pledged under the loans of Mezhtopenergobank, almost every first share is co-owned by the founders of the bank. The other part of the depositors' money should be sought in the ownership of the bank's top managers. For example, the "mathematician" Igor Menshenin? 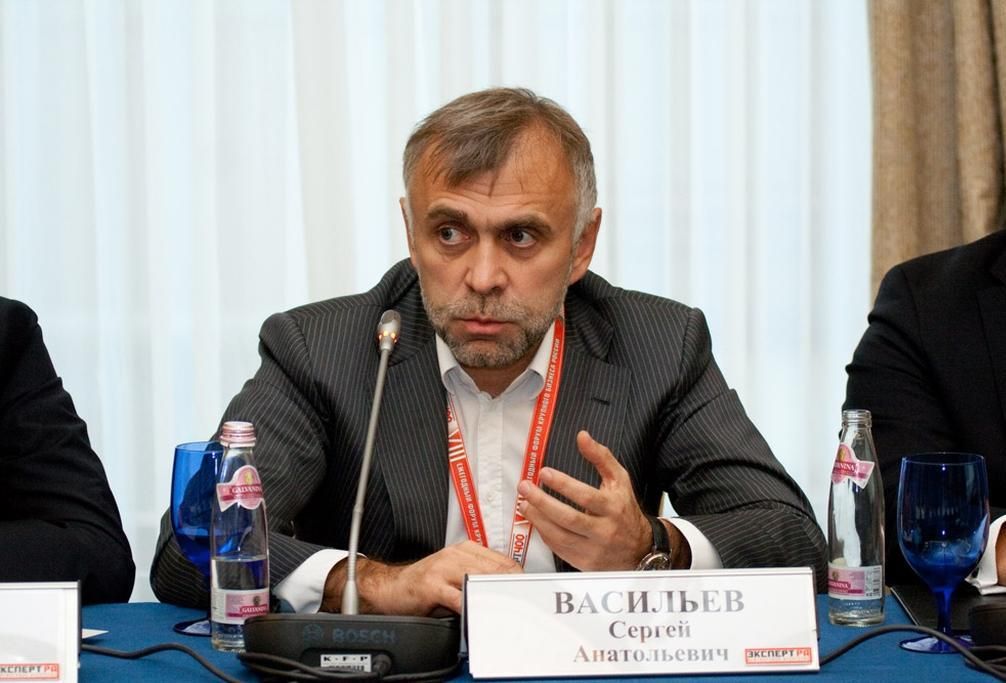 It was Menshenin's lawyer who arrested the yacht named Luna, which Farkhad Akhmedov so imprudently bought from Roman Abramovich. This was written by Argumenty nedeli.

Menshenin's wife represents the interests of the Dermant Estate offshore company, which controls the bankruptcy of Domashnye Dengi microfinance organization.

This figure, which resembles a "pyramid", was created by Yevgeny Bernshtam, who was recently arrested. From the materials of the case, it became known that Yevgeny Bernshtam was financed by the Nilas Trade Limited offshore company. It is in the structures of the shareholders of Mezhtopenergobank Dmitry Zhurba. Nilas Trade Limited was also serviced by Mezhtopenergobank. This was reported by Mosmonitor.

It turns out that the bankers-mathematicians masterfully work further: now they have decided to "hit" the poultry houses. There is breeding quails in the Moscow region in the field of interests... That's right, the withdrawn billions should work. And they are working: after all, more than three and a half years have passed since the collapse of the Mezhtopenergobank.