Investigators are digging into the past and present of the "scandalous" businessman.

Was Denis Mayakov found under a virtual "invisible hat"?

Denis Mayakov, the infamous businessman, a native of the no less infamous Rosbuilding company, was lit up at the investigative processes in Moscow again.

Let us recall that at the beginning of this year, 2020, Denis Mayakov was arrested on charges of embezzlement retail space in the Metromall shopping centre for almost 500 million rubles, but was later released on his own recognizance.

Mayakov, who was already declared bankrupt, was additionally charged with two more episodes of embezzlement during the sale of the premises of the Moscow automobile plant (MZAA, part of CJSC MZAA AMO ZIL) for almost 10 million rubles.

But how does this comrade manage to evade responsibility so masterfully? A correspondent of The Moscow Post tried to study this situation.

The decision to bring Denis Mayakov to criminal responsibility for two more episodes of particularly large fraud was made by investigators of the 12th Department of Russian MIA General Administration for the City of Moscow.

Earlier, the same charge was brought against Andrey Novikov, Director of the Moscow plant of auto-aggregates CJSC.

The Tverskoy district court allowed Novikov to be under house arrest, although investigators insisted that the plant Director "rested" in detention centre. 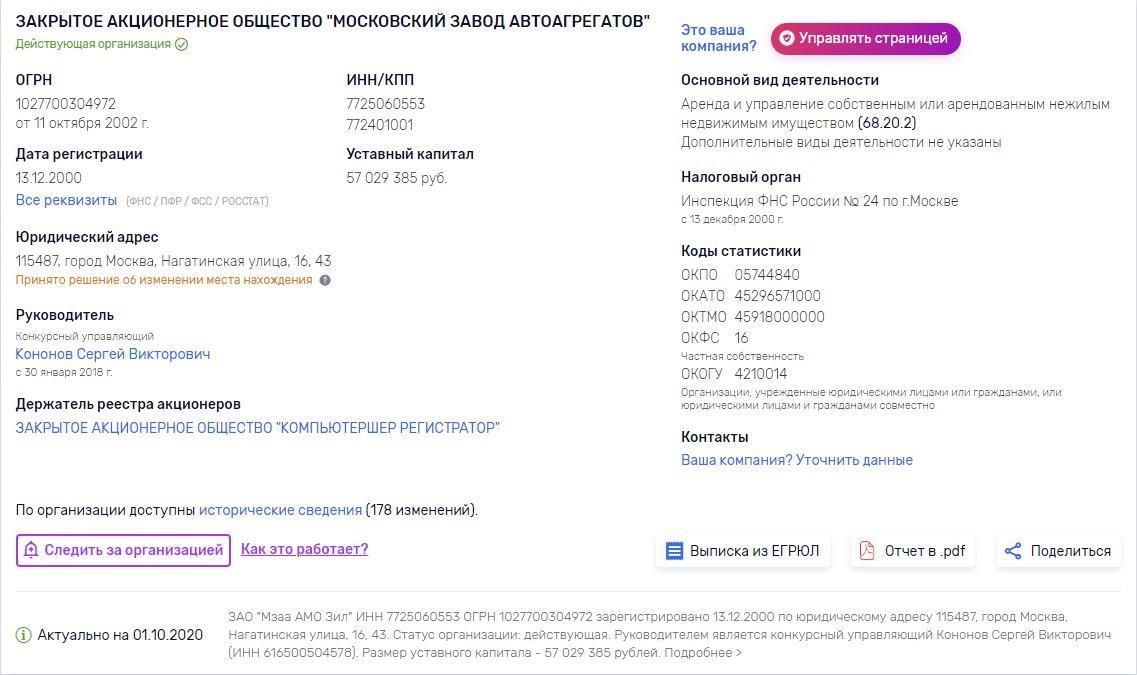 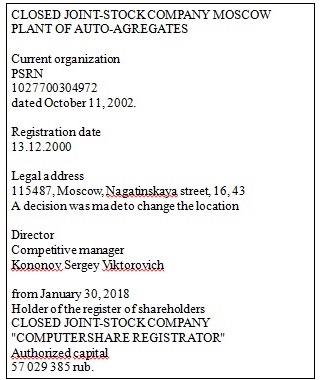 According to the MID, Andrey Novikov and Denis Mayakov acted as part of an organized criminal group together with certain individuals and committed 2 fraudulent actions. This is reported by Kommersant. At the same time, Novikov used his official position.

Back in November 2013, in the office of the Imagine Estate holding on Sadovaya Chernogryazskaya street (controlled by Denis Mayakov) Andrey Novikov signed a contract for the sale of premises with an area of 33 sq. m. on the territory of the plant on Nagatinskaya street.

The seller had to transfer more than $33 thousand to Andrey Novikov. However, according to the Department of Russian MIA General Administration for the City of Moscow, it was simply an ordinary "trick". After all, the premises were mortgaged by the BFG-Credit Bank, and therefore this premise could not be transferred to the new owners.

Further, the second contract - it turns out that "they are coming together" - was again concluded in the possession of Denis Mayakov. This fake document concerned the sale of a separate plant premises of 90 sq.m. The sale allegedly took place on the border of 2014 and 2015. And was valued at 8 million rubles. 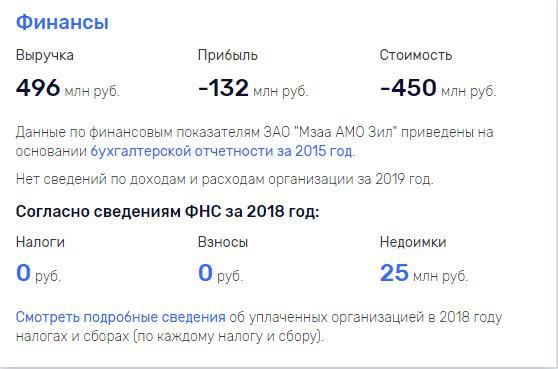 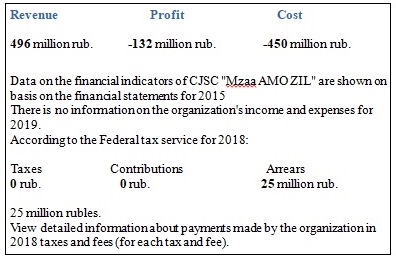 But despite the appearance of two new episodes of alleged fraud, skillful Mr. Mayakov was not even tried to be arrested this time.

A mystery? A mystery!

In January of this year, Mayakov was detained in a fraud case, but for a much larger amount.

The case? Deception of Anton Agafonov, the beneficiary of JSC AVERS-M. Agafonov's company owned almost 800 sq. m. in the Metromall shopping centre on Dmitrovskoye highway. This is reported by Kommersant. 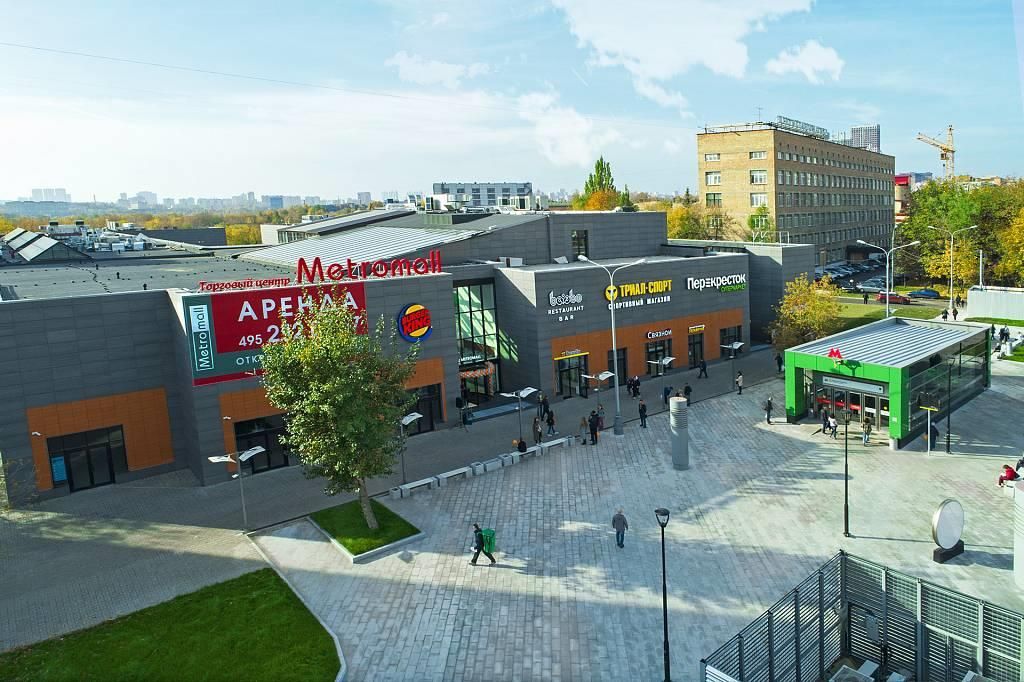 According to investigators, Denis Mayakov, colluding with, General Director of the AVERS-M company Olga Voronetskaya, convinced the shareholders to sell the premises. The calendar showed 2014.

And Mayakov's lawyer Dmitry Stasyuk said that the decision to bring his client as a defendant in all three episodes is unfounded. And not confirmed by the case file. This is reported by Kommersant.

But one fact is curious: the representative of the plaintiff in the AVERS-M case, lawyer Alexey Galaev, said that he was very surprised by the number of people who documented that they were also deceived by Denis Mayakov.

Denis Mayakov, accused of embezzlement retail space in the Metromall shopping centre on Dmitrovskoye highway, spent only 20 days in the detension centre.

The Tverskoy district court of Moscow at first agreed with the arguments of the investigation that, while remaining at large, the accused could threaten the victims or escape abroad, but after explanations from the Moscow city court reversed its decision, admitting that it was only the guesses of the police.

Denis Mayakov was arrested by the Tverskoy court on January 22, 2020. at the request of the 12th Department of Russian MIA General Administration for the City of Moscow.

Investigator Denis Glushach explained to the court that he accused Mr. Mayakov of particularly large-scale fraud and believed that it was better for Mr. Mayakov to be in a detention centre for the duration of the investigation. Otherwise, the person involved may escape abroad, since he often went overseas. This was written by Kommersant.

But the representative of the Moscow Prosecutor's office did not support the investigator, saying that Denis Mayakov could be under house arrest during the investigation. The defense also objected to Mayakov's detention. However, the Tverskoy district court accepted the arguments of the investigator Glushach and sent Mayakov to detention centre.

The lawyers appealed the decision to the Moscow city court. They managed to convince the court of appeal that the decision was unfounded. The case was returned to the district court.

Thus, another session of the Tverskoy court was held. This time, investigator Glushach added threats to the already known arguments in favour of arrest. Denis Glushach said that while Mayakov was at large, the representative of the injured party was constantly threatened, and as soon as Mayakov was detained, the pressure immediately stopped.

Statement about the threats against the victims and possible escape of the accused abroad, considered unsubstantiated by judge Maria Sizintseva. And Mayakov was released from custody in the courtroom. This was described in detail by Kommersant.

Surely, events of an amazing nature!

It should be reminded that Denis Mayakov worked in the Rosbuilding investment company until its liquidation in 2007. Back in the late 1990s, the company, founded by the co-owner of PIK group Sergey Gordeev and Alexey Tulupov, began to buy up industrial enterprises and department stores. And some of them were restructured. 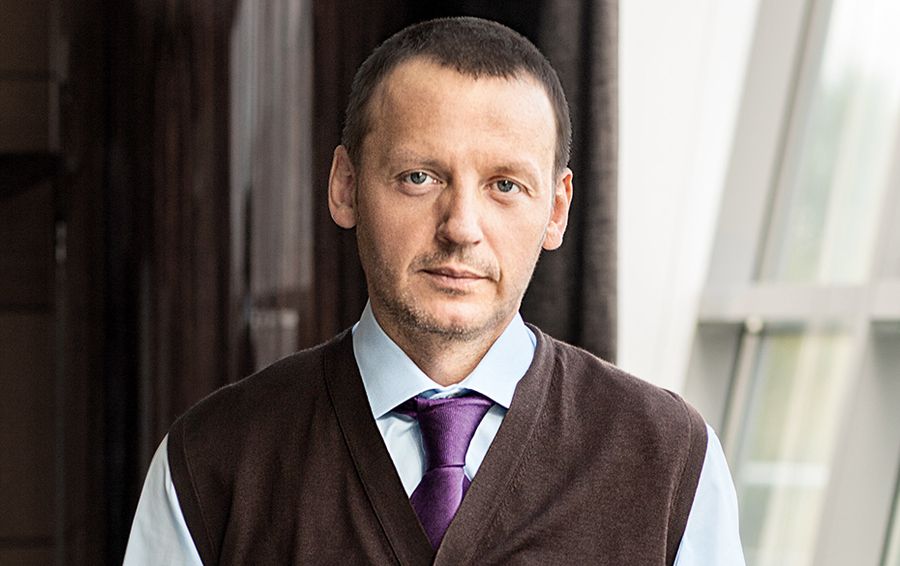 One of the most terrible stories happened to the Astra shoe factory. One day the factory workers could not come to their working places: they were prevented by special forces soldiers.

Later it turned out that 80% of the production stocks were purchased by Rosbuilding. Majoritarians spent an additional issue. And blurred the share of "raider" to 3.2%, but Rosbuilding challenged the additional issue in court. This was written by The Moscow Post.

Further. The company, indeed, was very actively engaged in buying up land plots for the construction of office and residential real estate. The scale of the company's work in the the market of mergers and acquisitions was such that Moscow Mayor Yuri Luzhkov (at that time) accused Rosbuilding of undermining Moscow's industrial potential.

Mayor of the capital Yuri Luzhkov, appealed to the Prosecutor General's office to investigate the activities of Rosbuilding. 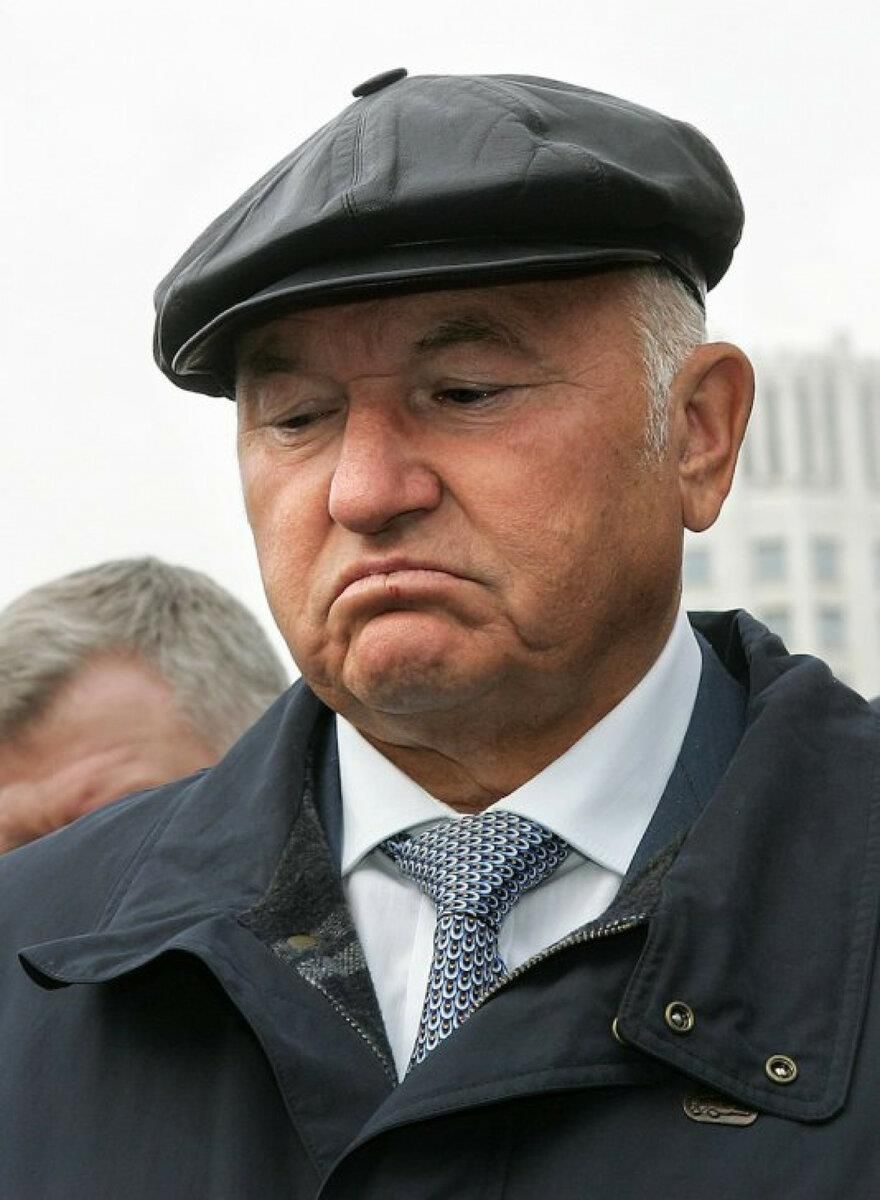 Let's focus on the fact that Denis Mayakov was considered one of the leading experts in the capital's mergers and acquisitions market.

But in 2015, all these assets were transferred to the Glincom development company. But Mayakov still owned the Aquarelle, Prague, Leto, Metromall-2 shopping centres and the Imagine Plaza business centre. 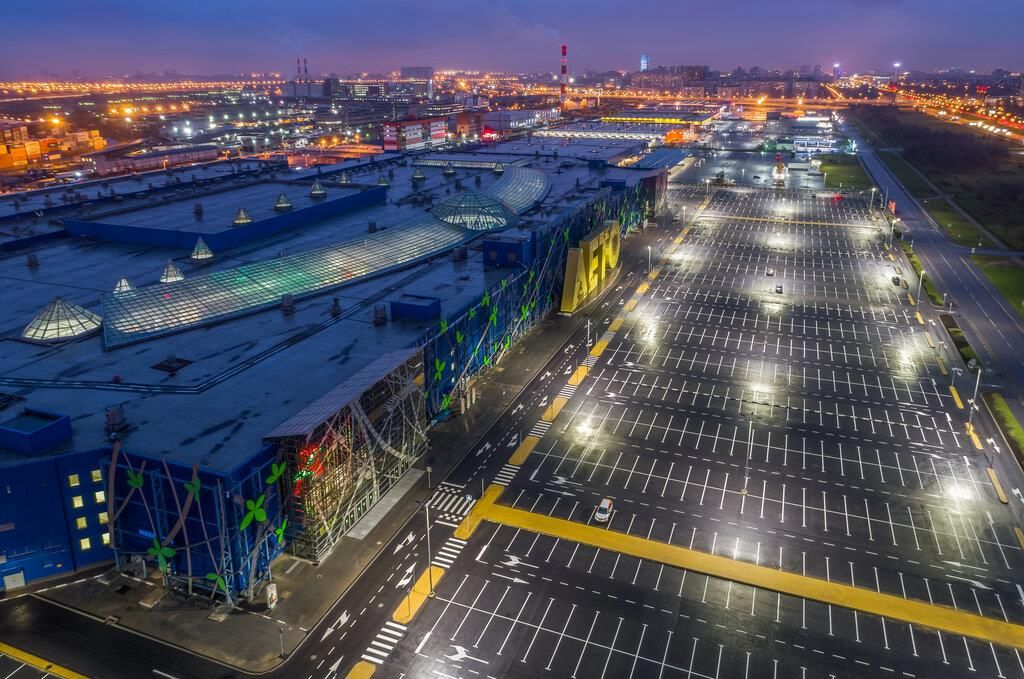 All of them were managed by the High Street company. And this office also belonged to Mayakov. All of these assets were under Mr. Mayakov until he and almost all of his companies were declared bankrupt.

Investigators were interested in the legality of the procedure for declaring a merchant bankrupt. Mayakov took this step after he lost the claim to his partner Vladislav Kharitonsky in Arbitration court. Together they invested in the shopping centre named Mandarin in the Golyanovo district. And they wanted to resell this shopping centre.

But the project was not implemented: as a result, Vladislav Kharitonsky sued Mayakov's 19 million rubles.

Scams in the construction market?

And it is worth looking at what assets Mayakov's company Glincom had been acquiring. Prior to the purchase of Mayakov's Imagine Estate, Glincom had 2 projects of its own: ApartVille Fitness & Spa Resort apartments and townhouses and Techno Loft business Park. ApartVille residential complex is located on Dmitrovskoye highway.

In the "Developer" column at the ApartVille residential complex, the Ritm plant is indicated. Where did this "developer" come from? And what does it have to do with Glincom? And here, the details of the alleged "raider" capture can be found as well…

As follows from the files of the arbitration court, JSC PHA Ritm conducted long proceedings with a certain LLC Altair-real estate - the company that previously owned the premises of the plant. And it wasn't intended for housing. This was reported in detail by The Moscow Post.

"The plaintiff (Altair-real estate) reports that since the registration of ownership of the premises in the defendant's building, he has lost ownership of the entire building, including public property," - one of the documents of the arbitration court session dated July 9, 2014 says.

That is, the plant deprived the company of access to public premises and equipment. Altair-real Estate filed a lawsuit just after it had learned that Ritm had been planning to reconstruct the building. And make apartments.

Most of the plant's unique equipment was allegedly sold on the cheap.

So the building was in the hands of JSC PHA Ritm. Through the court, the company took it from its predecessor. And began to reconstruct it. But there were no documents for such "modernization".

But this did not stop Ritm. Moreover, illegally reconstructed buildings are being sold as an elite ApartVille residential complex.

In fact, Mayakov could constantly use (and, apparently, used) this scheme, couldn’t he? One company (Imagine Estate) is engaged in illegal construction with many violations. Then it transferred these objects in a high degree of readiness to Glincom.

By the way, the practice of reconstructing dilapidated buildings and selling them under the guise of modern housing is very popular among scammers.

It turns out that the same thing is happening with with shopping centres on behalf of Mr. Mayakov?

Now, perhaps, completely new episodes will also emerge in the case of Mayakov, won't they?