The influence of the ex-head of Rosseti Pavel Livinsky on state holding only intensified after his transfer to work in the Government of the Russian Federation.

According to the correspondent of The Moscow Post, Rosseti is preparing to increase investment by more than 30% in the next decade, mainly due to the construction of networks for BAM and Trans-Siberian Railway. Under current regulation, the company's debt burden will increase significantly, and profits will decrease.

All this is very similar to the fact that Andrei Ryumin, who recently became the head of the state-owned company, continues the work of his predecessor Pavel Livinsky, who could retain control of Rosseti by leaving for work in the Government.

Despite the "huge" plans to increase revenue to 1.6 trillion rubles, and net profit to 224 billion rubles, they plan to achieve such success due to another increase in tariffs for energy transfer, as well as temporary savings of interregional distribution network companies (IDGC, part of Rosseti) on dividends.

But according to a similar scenario, the former head of the company Pavel Livinsky previously worked. See, his methodology went to Ryumin. So, the previous head of Rosseti in 2019 proposed a targeted increase in tariffs. In this case, the company's projects are implemented under power supply agreements guaranteeing a return on investment for 15 years due to increased payments to consumers of the wholesale energy market

Even then, industrialists said that the price of electricity, already overloaded, reached a limit at which its further increase would force a decrease in energy consumption. But already, electric-intensive industries generate a significant part of the electricity at their power plants, reducing consumption from the networks. The increase in tariffs risks the fact that large enterprises may completely leave the Unified Energy System of Russia.

At the same time, it was noted that Rosseti had reserves, and sending at least part of the profit to eliminate cross-subsidies would avoid tariff increases. The situation from the outside looked as if, at the expense of current consumers, the state-owned company wanted to maintain its own inefficient costs.

It seems that under Ryumin, the state corporation does not intend to spend its money. So, at the end of April, the scheme of restructuring the debts of energy retail companies of the North Caucasus to the wholesale energy market was broken. As Kommersant reported, Rosseti admitted that it no longer has the means to ensure full payment of energy by its structures in the North Caucasus Federal District - by the end of the year, as much as 7.4 billion rubles are not enough. However, the company was cunning: in fact, the resources of Rosseti allow us to solve the problem: according to RAS accounting reports, the funds at the end of 2020 exceeded 16 billion rubles.

What is it? Conditional "greed? Or advice from Dr. Livinsky? 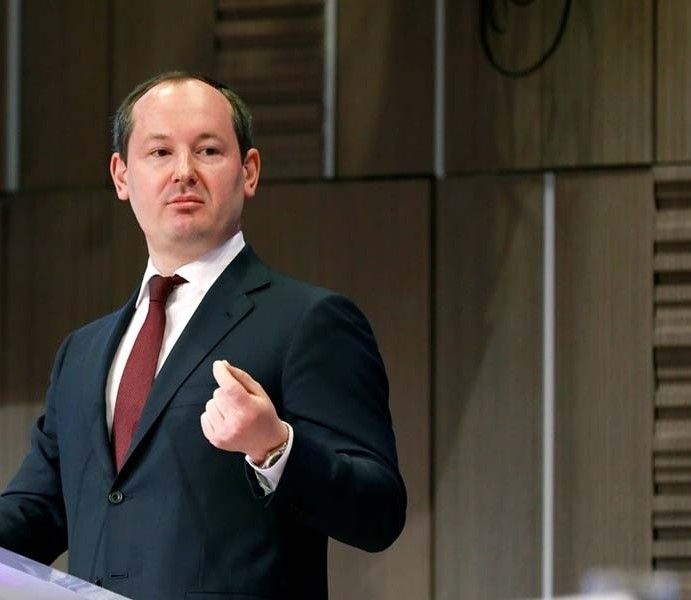 There is a point of view according to which money from structures in the North Caucasus Federal District could be banally withdrawn. In March, security officials detained 11 former heads of regional energy companies suspected of embezzlement of more than 10 billion rubles. According to law enforcement officers, they used the Mezhregionsoyozenergo front legal entity, through which they drove sales companies into debt. And then they repaid them at the expense of funds received from energy consumers, and the suppliers were told that the company did not have funds. This was reported by TASS.

The fact that and now another increase in tariffs is implied and there is another reluctance of Rosseti to solve problems by its own means suggests - but did they not think of turning a similar scheme again?

Around and near the Rosseti

Rosseti's desire to save is also explained by the high cost of creating electric networks to expand the Eastern landfill. At the same time, in fact, not Rosseti itself will be responsible for financing the construction and the construction itself, but the Federal Network Company, which most recently, through Livinsky's efforts, came under the control of a state holding.

Prior to this, formally, Rosseti traded electricity wholesale and retail: it owned the FGC, but was managed independently by a wholesale company, directives of the Russian government. Industrialists directly purchased electricity from FGC, which was more than twice as cheaper than buying directly from Rosseti. The difference in price in the holding was explained by cross-subsidization in favor of the population and demanded that the sales company raise tariffs. At the same time, Rosseti was reproached for the fact that the constant increase in tariffs was not associated with the "crossroads," but with corruption and the inefficiency of the monopoly, which seeks to take control of all market segments.

And she eventually succeeded - now the FGC is under the full control of Rosseti. So, the threat of the exodus of industrialists is becoming more serious. The population will not benefit from monopolization: they want to end cross-subsidization in the government. They have long been considering raising tariffs for the population above inflation, introducing a social norm for electricity consumption and targeted subsidies for the poor.

Mr. Andrei Murov, the former head of the FGC, who opposed joining the company, understood all this. It all began in 2018, when Pavel Livinsky asked Dmitry Medvedev to exclude the FGC from the list of enterprises directly managed by the government, and Murov asked not to do so. At that moment, the Ministry of Energy sided with the head of Rosseti, and the Ministry of Economic Development and the Federal Antimonopoly Service sided with Murov.

However, then Vladimir Putin approved the consolidation plan proposed by Livinsky, after which the state holding took control of more than 1.5 thousand territorial network organizations for free, and then absorbed the FGC. Andrei Murov became Livinsky's deputy, and then passed "into inheritance" and Ryumin. But will it last long?

None of the managers whom Murov brought to Rosseti from the structure he previously headed was included in the updated board of directors of the company. But there are more people from Livinsky's team in the FSK, on the contrary.

Moreover, even after Livinsky moved to work in the government, the ranks of the "Murovsky" continued to fade. Last month, Alexander Zaragatsky, who oversees the legal, investment, client and corporate blocks, resigned from his post. As Kommersant wrote, he did not work with the new head of the company, Andrei Ryumin. However, it is possible that the "sweep" is carried out in the interests of Livinsky.

But the latter, despite all the criminal scandals, work for themselves in Rosseti calmly. So, one of Livinsky's longtime acquaintances, Pavel Grebtsov, even managed to spend about a year in a pre-trial detention center in the case of overstating tariffs and spent about a year in a pre-trial detention center. He was later released, as Kommersant wrote about, and returned to work in a sales company. There he became the author of the controversial idea of ​ ​ charging money from industrial consumers for an unused capacity reserve.

The chief engineer of Rosseti Andrei Mayorov is also considered Livinsky's man. In 2010, the Moscow Police Department accused him of embezzlement of 4.6 million rubles, the Company magazine reported. What to say, the ex-head of Rosseti gathered an interesting team around him!

The same as everyone else?

Livinsky is the son of a difficult parent. His father, was a top manager of RAO EAS and worked at the Ministry of Energy. Most likely, it was he who helped his son at the start - only three years after the economic faculty of Moscow State University, 26-year-old Pavel became deputy general director, first at the IPCC, then at the Moscow United Electric Grid Company. Moreover, there he was in charge of the most corrupt area - the technical connection of customers to the networks of the metropolitan agglomeration. When antitrust and security officials became interested in the company's activities, Livinsky already managed to go to the Moscow fuel and energy complex, where he was the youngest and at the same time the richest official.

In 2016, the department headed by him bought garlands for Tverskaya Street at 2.4 million rubles apiece. When he began to oversee the housing and communal services sector, he tried to spend 6 billion rubles on lighting trees and lawns. As you can see, Livinsky never misses his!

In March 2018, State Duma deputy Ivan Sukharev discovered that Rosseti, where Livinsky was already working at that time, ended the year with losses of 13 billion rubles, but this did not prevent the corporation from allocating 27 million to the corporate. What is characteristic, the lot for it appeared on the portal of State procurement after the holding, and the State Kremlin Palace concluded agreements for the participation of Ivan Urgant and Yana Churikova after the event. And again - a banal "saw"? About this wrote the magazine Company.

Livinsky is considered close to Sergei Sobyanin, who at one time recommended him to the post of head of Rosseti. Now the influence of the capital's mayor is growing noticeably, his people occupy positions in the Government of the Russian Federation. So in January of this year, Mikhail Mishustin approved the appointment of Pavel Livinsky as head of the energy department of the government apparatus.

That is, even now, in terms of duty, Livinsky participates in the life of Rosseti. However, there is an opinion that his influence on the company has never weakened - they say that the current leader Ryumin acts in accordance with the policies of his predecessor. Did Livinsky think of making Rosseti something like his "pocket" company?