A major Russian official responsible for the development of the Far East may be involved in an international corruption scandal involving foreign intelligence services and millions in offshore accounts.

In Ukraine, passions continue to boil over the relationship between the country's ex-President Petro Poroshenko and the "Democrat" Joe Biden, who is aiming for the US presidency. As the correspondent of the Moscow Post reports, the previous day, the country published recordings of a private telephone conversation between people whose voices are confusingly similar to the voices of these politicians. A correspondent of The Moscow Post tells about all these twists and turns.

One part of their conversation may directly concern the interests of our country, and in a curious way. It can be concluded that under President Poroshenko, tens of millions of dollars were stolen from Ukraine through the Burisma "hydrocarbon" holding, where Joe Biden's son Hunter was on the Board of Directors. Republican opponents of Biden have already named the scandal "Bidengate".

An active part in the work of Burisma was then supposed to be taken by its ex-President, and now the current Russian official, on whom the fate of hundreds of millions of budget rubles depends. We are talking about the General Director of the Far East Agency for attracting investment and supporting exports (ANO API) Leonid Petukhov.

Petukhov was lit up not only in "Burisma". It is rumoured that he had strong ties with the structures of the odious Ukrainian oligarch Igor Kolomoisky. As follows from the published films, the money was withdrawn to the West under fake contracts and there settled on the accounts of Burisma in the Latvian subsidiary of PrivatBank owned by Kolomoisky. This was written by the Ukrainian publication "Strana.ua". 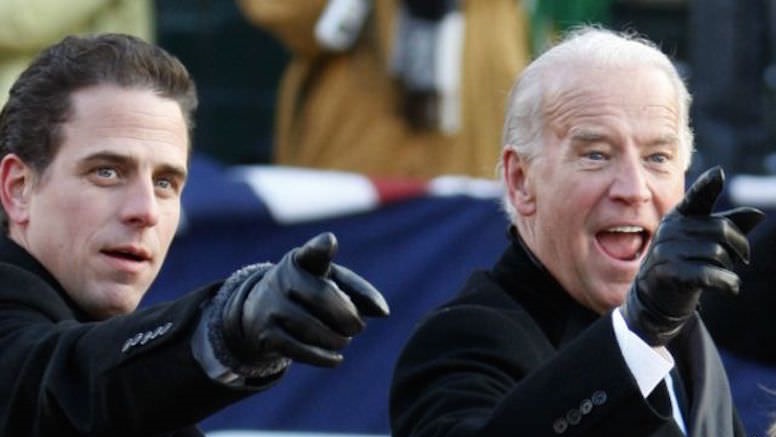 Did Petukhov represent the interests of Russia's "sworn friends" Bidens?

Today in Ukraine, Petro Poroshenko is involved in about 15 criminal cases. Leonid Petukhov, who since 2017, as if nothing had happened, has been working in a high position in Russia - none. If the tapes are true, then he, as President of Busima Holdings, should have been aware of the fraud. Taking this fact into account, how can he be trusted to lead the Agency, one of the key institutions for the development of the Far East? 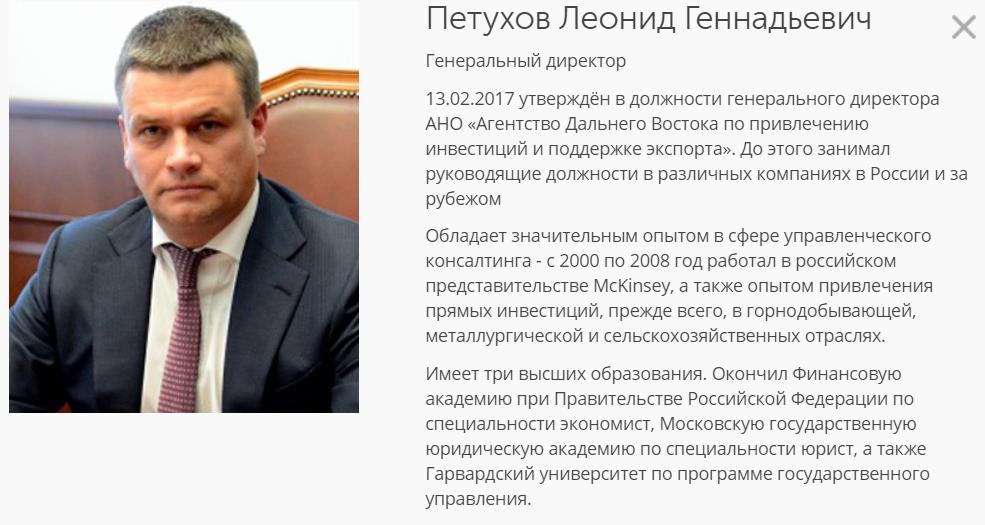 Where did a whole piece of Petukhov's biography from 2009 to 2017 disappear?

In this light, the biography of Leonid Petukhov published on the Agency's website looks remarkable. For some reason, there is no information about his career from 2009 to 2017. Just the period of "Ukrainian" history. It seems that Petukhov himself does not really want to highlight this information about himself.

Is Petukhov under investigation?

Meanwhile, Petukhov is now being heard of. In early September, the ANO API was searched. They made so much noise that the President's press Secretary Dmitry Peskov had to defuse the situation. He assured that the situation would not affect the region's development programs in any way. This was written by "Izvestiya".

What exactly the security forces were looking for is a mystery of the investigation. Rumours continue to circulate that the purpose of the visit could be Leonid Petukhov himself. But, allegedly, someone is covering for him at the very top. As it is known, Deputy Prime Minister Yuri Trutnev is responsible for the Far East in the Government. He is considered the patron of Petukhov. But the latter can act without the Deputy Prime Minister's knowledge.

Under Petukhov, corruption scandals shake the Agency not for the first time. This also affects Trutnev. At the end of August, "Vesti Primorya" reported that the FSS detained the managing Director of one of the separate divisions of the ANO API. Allegedly for a bribe. His name was not mentioned. It is now clear that this detention could have been part of a larger operation.

The situation is alarming, because the ANO API operates with hundreds of millions of rubles that are invested in major Far Eastern projects. But not only "native" corruption is on the agenda. Taking into account the international situation, Leonid Petukhov may even be an agent of special services. Ukrainian or even American. Or maybe both countries together?

It's no secret that he studied in Harvard. Although this does not mean anything in itself, Petukhov's possible connections with foreign intelligence were discussed long before the current scandal. According to blogger Alexey Mineev on the "LiveJournal" portal previously, he was an employee of the ANO API, worked together with Petukhov, and asked the Investigative Committee and other bodies to check for possible cooperation with foreign special agents.

It is curious that the Agency allegedly poisoned Mineev and tried to squeeze him out. The aim could have been to get him dismissed as soon as possible, which is what happened in the end. Apparently, Petukhov did not need principled and too suspicious employees.

Despite this, Alexey Mineev wrote an appeal to the FSS, where he stated his concerns. It is still fully available online. You can read it here.

Among other things, there is an interesting phrase: "Seen serious reason to believe that the leadership of the Ministry for the development of the Russian Far East  is under illegal pressure of Petukhov L.G., against which executives are beware to apply administrative measures." Beware to take action, that's how it is. It is another reference to the fact that Petukhov can be "protected" at the very top, isn't it?

When people consider that Petukhov may work against the interests of Russia, they recall that even before the scandals in Ukraine and the Far East, Petukhov worked for the extremely odious American consulting organization McKinsey & Company.

Is is considered one of the main apologists for the implementation of US state doctrines in the global economy and the associated forceful implantation of "democracy". This was written by the "Bloknot" publication. If they tried to recruit Petukhov, it could probably be there.

The information about the company is also inluded in Mineev's appeal to the FSS. According to the author Alexey Mineev on the LiveJournal platform allegedly, the management of the Ministry for the development of the Russian Far East  could be involved in corrupt relations with a consulting company that was attracted to work with the Agency in the amount of 40 million rubles. 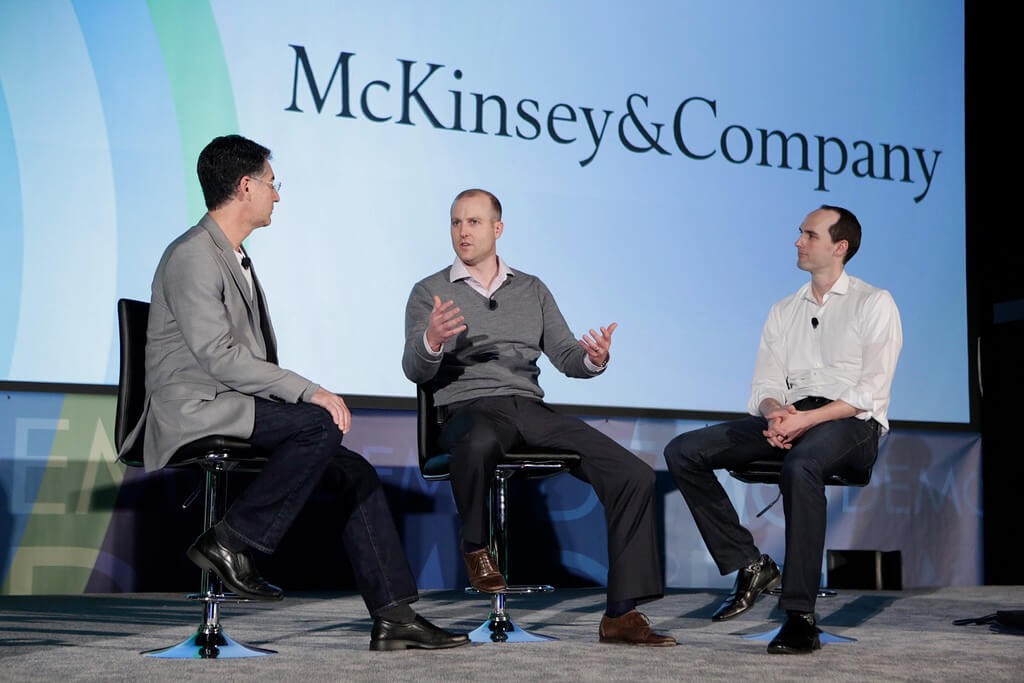 "This consulting company was imposed on the Agency by the top management of the Ministry of regional development and moreover, despite the fact that the work was actually completed by 80%, 100% was paid - which is the difference of 8 million rubles." It is not difficult to guess which consulting company is meant.

Petukhov had been working at McKinsey from 2000 to 2008. Under him, the organization "got involved" in a variety of projects on the territory of Russia. For example, it developed strategies for Sberbank, VEB, Gazprom, Aeroflot, and the Moscow transport and healthcare system. And much later, in the second half of the 2010s, continued active business expansion to the Far East and North of Russia.

It is rumoured that Petukhov, who came to the ANO API in 2017, contributed to the prosperity of McKinsey & Company in every possible way, and could have secretly lobbied for its projects earlier through mutual friends in the Russian establishment. Yuri Trutnev was not interested in this for some reason. But at some point it attracted the attention of another Deputy Prime Minister, Dmitry Rogozin.

In 2016, a consortium with McKinsey & Company won a competition to create a concept for the development of the Northern sea route, a strategic project for the whole of Russia. Rogozin demanded to explain how this could have happened and questioned the expediency of attracting overseas businessmen to such important work. This was reported by RIA Novosti.

Alexey Mineev also feared that Petukhov and McKinsey could be working against Russia's interests. Moreover, other Russian officials could help in this difficult work. For example, the current head of the TRANS-Baikal territory Alexander Osipov, in the past - Deputy head of the Ministry for the development of the Russian Far East.

He was appointed to the region in 2018. At the same time, according to the authors of the "Aferist" website, allegedly Osipov in the past oversaw all the affairs of McKinsey in the Far East. However, "muddy" projects in the ANO API under Petukhov became enough without McKinsey.

For example, the cooperation of ANO API with Petropavlovsk – Iron Ore LLC on the construction of a rolled metal plant in the Jewish Autonomous region. It turned out that the company was registered to the Cyprus offshore company "Brasenose services limited". This offshore company has another subsidiary that operates in Russia - Uralmining LLC. Which, among other things, is engaged in cryptocurrency mining.

The plant, which is partnered with Petukhov's ANO API, will produce steel for the strategic Zvezda shipyard in the Far East. It turns out that the ends of its owners will lead abroad, and instead of rolling steel, they can start mining cryptocurrencies there, can't they? The Moscow Post has written about this possibility earlier.

Some strange offices began to appear in the company under Petukhov. In 2019, LLC "Management company for the development of innovative technologies in the Far East" was found. Now, for some reason, it does not employ a single person, although the authorized capital is one and a half million rubles. In the same year, the ANO API  "adopted" by the " East mining company". There is only one employee, the company is unprofitable. Why are they needed at all?

Perhaps, in order to "drive" through them the budget funds allocated for the development of the Far East? It may well be that they were among the interests of the investigators who came to the ANO API with searches a couple of weeks ago. But one day a strong "roof", which is attributed to Petukhov by detractors, may not save him.

Especially now, when he can drag Russia into a dirty political game between Democrats and Republicans in the run-up to the us presidential election. Just today, Biden called our country America's opponent, asv Kommersant wrote about this. Supporters of Trump are already trying to use the "Bidengate" to discredit "Mr. Joe." What will the public, who accused Trump of having ties to Russia, say if a major Russian official comes out of this "gate" arm - in - arm with Biden?