Behind the decision of the court on the dispute between developer Ilgar Hajiyev and journalist Oleg Lurie may stand the money of the oligarch God Nisanov. Telephone game in the courtroom?

As the correspondent of The Moscow Post reports , businessman Ilgar Hajiyev lost the trial to journalist Oleg Lurie. The latter made several publications in his LiveJournal, where he called Hajiyev a swindler and a fraud, and in a very extremely offensive manner. The situation concerns the confrontation between the entrepreneur and the oligarch God Nisanov . The latter, according to Hajiyev, took his business and organized a large-scale campaign to discredit his name in the media.

Several, most likely trumped-up criminal cases are being investigated against Hajiyev and his structures, but they are still far from their logical conclusion. "Version" reports on this . That is, any statements that Hajiyev is a swindler and a fraud cannot be submitted by journalists in an affirmative manner, but this is exactly what Oleg Lurie did in a number of his publications.

Meanwhile, regardless of whether Hajiyev really did these things in Russia or not, it would be at least naive to expect a different decision from the Kuzminsky court in Moscow. After all, he is in the patrimony of the mayor Sergei Sobyanin, to whom rumours attribute a connection with Nisanov. Hajiyev himself in the past claimed that Sobyanin has a percentage of all income from Nisanov's business in the capital. True or not, despite all the scandals with the oligarch's construction projects and markets, no one, as they say, can touch him.

When filing a lawsuit, Hajiyev demanded that a number of publications on Oleg Lurie's blog be removed as offensive and untrue. We got acquainted with the works of Lurie and the claim of Hajiyev, and we can say that it would be a joke to call Lurie's work journalism.

The amount of things that are attributed to Hajiyev there is large. This is a deception of equity holders, and the withdrawal of funds, and even cooperation with the fugitive oligarch Mikhail Khodorkovsky. Perhaps this is all true, but there is not a single court decision that recognized Ilgar Hajiyev as a criminal. So, in fact, the information in Lurie's blogs does not correspond to actual reality.

Considering the large-scale campaign that was launched to discredit him in the  media, it is easy to assume that Lurie's publications could have been paid for, and in the case of the Kuzminsky court, the "telephone game" worked. If this is true, then calling Lurie a journalist would be a stretch.

The conflict between Ilgar Hajiyev and God Nisanov, which became the context of these legal proceedings, entered an acute phase in 2019. Hajiyev was forced to leave the country - as he claimed, because of threats to his life. Earlier, since 2015, Hajiyev's SDI Group had the courage to cooperate with the structures of the oligarch Nisanov and people close to him, in particular, the Zakharyaev brothers, on a number of projects.

Among them - the construction of RC "Pirogovskaya Riviera", as well as RC "Akkrord" and "Vernadsky" in the capital. It ended with the loss of the Hajiyev business and hundreds of equity holders who were left without money and housing. Hajiyev himself believes that his business was simply taken away from him, and the developer of Pirogovskaya Riviera, the company Comfortinvest, is now being pushed to bankruptcy, so that the investigation could not figure out whether people close to God Nisanov were withdrawing money from it.

Hajiyev intends to continue legal proceedings with Lurie. At least until Hajiyev himself is not recognized as a criminal. In their appeal, his lawyers detailed why they disagree with the court's decision. As follows from the document (available to the editorial office), the thesis that Lurie allowed himself in his own blog was submitted in the affirmative. This was confirmed by a linguistic examination, but the court's decision was still not in favor of Hajiyev. 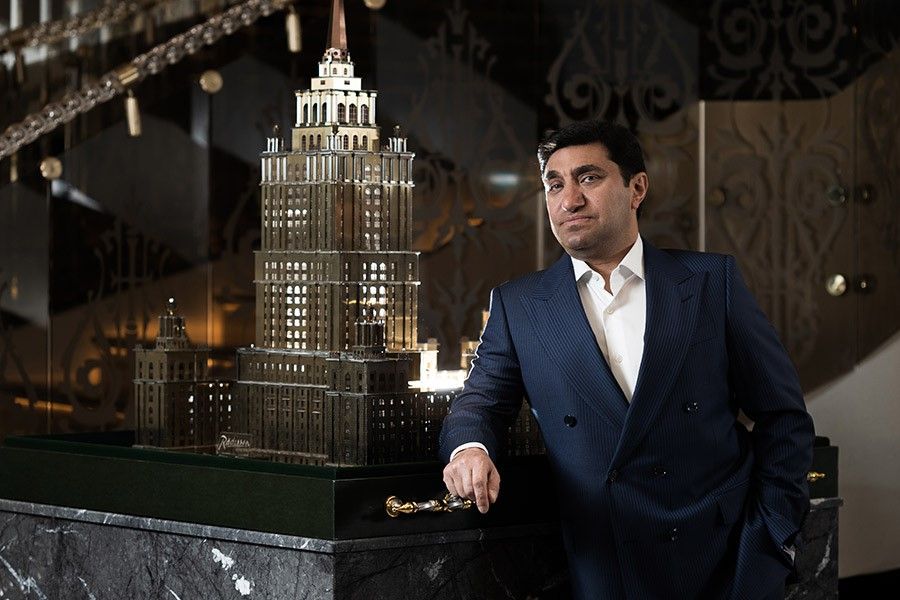 Is there a lot of money for God Nisanov behind the decision of the Kuzminsky court of Moscow?

The first instance completely ignored the fact of a huge number of negatively colored "nominations" of Hajiyev and his activities in the materials of Oleg Lurie. Here are just a few examples: "swindler", "fugitive fraud", "fugitive thief", "fugitive swindler", "international gambler". Hajiyev's activities have been called a "scam", "a fake” and so on.

Moreover, if Hajiyev is not a saint, then the same can be said about Oleg Lurie himself. True, unlike Hajiyev, he has a court decision in his hands, according to which he was found guilty of fraud and extortion of money. In 2009, the court found that Lurie extorted money from the Slutsker spouses "under the threat of spreading false information discrediting the honor, dignity and business reputation of Vladimir and Olga Slutsker" and did it all out of selfish motives. The Free Press wrote about it . He was sentenced to nine years in prison. 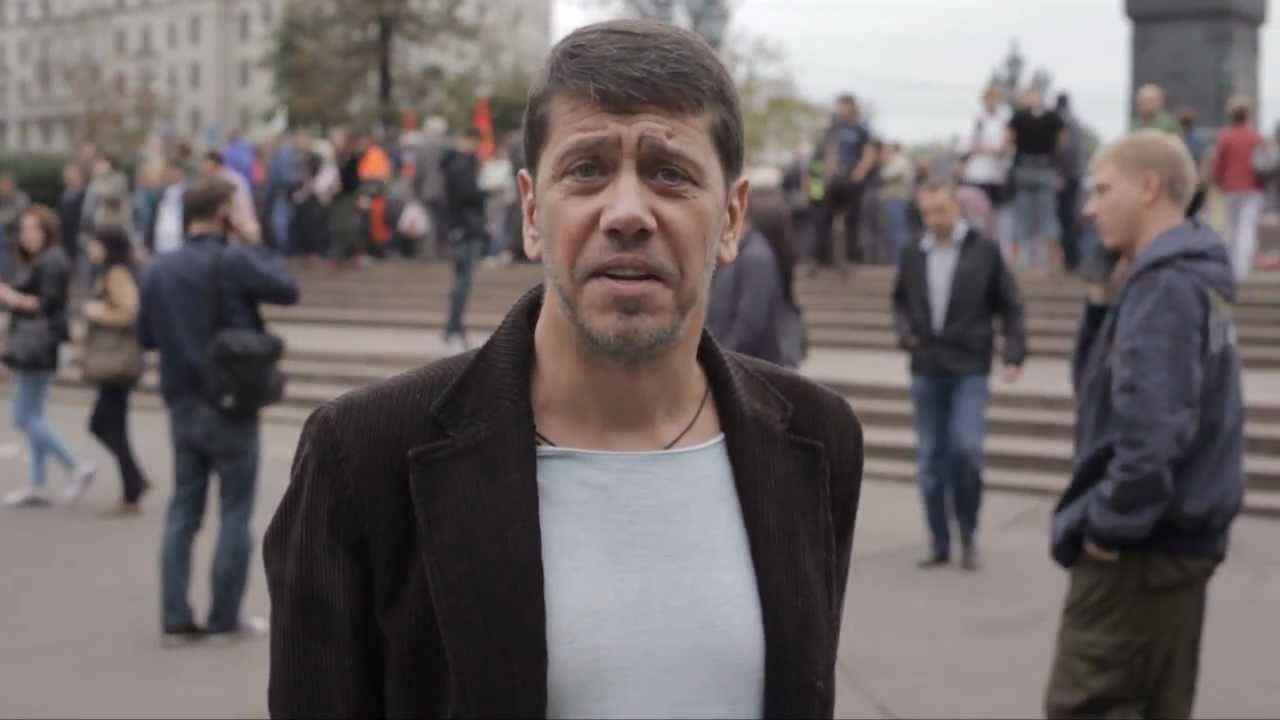 Wouldn’t Oleg Lurie, who received a sentence for extortion and fraud, would generally be better off not speaking?

Of course, after this, the question involuntarily arises whether Lurie has taken up the old, albeit in this form. We mean the presentation of information based on the commercial considerations of the customer, and not the actual journalistic interest. However, whether Lurie can be called a journalist after all these scandals is a big question.

It seems that the court's decision (and maybe the call of an influential person even before him) convinced Lurie that Hajiyev could be mocked further - and nothing bad will happen from this. Lurie is not shy in  his expressions. He has already written new material on his blog, which repeats the statements that Hajiyev is a swindler and generally a bad person.

Of course, Oleg Lurie is far from the only one who could participate in the campaign to discredit Hajiyev and receive money for it. Together with Lurie, Nisanov has more serious support, real heavy artillery.

According to our sources, if the publications against Hajiyev are paid for by Nisanov, then one of the key links in this chain may be the scandalous Russian journalist Vladimir Soloviev. The whole country knows him, and he does not get tired of glorifying God Nisanov and his achievements throughout the country.

According to rumors, if Lurie received funds for his investigations from Nisanov, then this could happen through Solovyov. Meanwhile, it is not clear why the latter in this situation considers himself a journalist. There is a video on the Internet, in which a voice similar to the voice of journalist Vladimir Solovyov is heard.

In the video, a person with such a voice in front of someone justifies himself for the negative information about the President of Azerbaijan Ilham Aliyev on the website of one of the Russian TV channels. Presumably, before God Nisanov. "When someone tries to say something disrespectfully (most likely, the speech is about" disrespectful statements "about Ilham Aliyev - editor's note), I remove it with my hands," - you can hear in the video.

A video on the Sardar S YouTube channel, where a man with a voice similar to Solovyov addresses God Semyonovich.

How and on what basis a person with a voice similar to Soloviev can remove something is not clear. Manual media control from Vladimir Solovyov? At the end of the video, the voice says: "God Semyonovich, I understand everything, I share your fears. Let them look today - today they scolded Pashinyan (Nikol Pashinyan, Prime Minister of Armenia - editor's note) and praised Aliyev greatly. I personally praised Aliyev very much."

The recording appeared during the aggravation of the conflict in Nagorno-Karabakh between Armenia and Azerbaijan. God Nisanov comes from Azerbaijan, he has many interests there. If the video is true, in whose interests, and for whose money does Soloviev generally work?

"I personally praised Aliyev very much." It seems that when it smells like big money, journalistic standards, impartiality, and even banal human ethics fade into the background.

Legal proceedings between Hajiyev and Lurie will continue. Hajiyev intends to go through all the instances, as a result of which he himself may end up in a puddle if, following the results of the investigation of criminal cases, he is found guilty. But with the principles of honest journalism, standards of quality and impartiality, Lurie's materials coincide very weakly. And we, as journalists, cannot but pay attention to this.

Ultimately, the situation hits not only Hajiyev - whether he is right or not, but also the entire judicial system of Russia, and the reputation of journalism and journalists in our country, as such. For this alone, Lurie, at least, should apologize.