Who wrapped someone around his finger, ATB - Central Bank, or vice versa, where did 13.5 billion rubles go from the budget and then the former deputy chairman of the Central Bank Vasily Pozdyshev?

According to the correspondent of The Moscow Post, the local arbitration court made an unprecedented decision and refused to support the requirements of the Central Bank to recover losses from former heads of the Asia-Pacific Bank. The Central Bank has sanitized ATB since September 2018, when it bought almost 100% of its shares for 9 billion rubles.

The topic was to be dealt with by the main "sanator" of the Central Bank, the former deputy chairman of the regulator Vasily Pozdyshev. How was the work carried out and how did it happen that the top management of the rehabilitated bank, which received budget funds, did not owe anything to anyone?

Pozdyshev came to the Central Bank in 2012, just under the large-scale sweep of the banking sector, begun by Elvira Nabiullina. Now Pozdyshev is no longer working in the Central Bank - in 2020 he became a senior adviser on financial recovery and crisis management at the Bank for International Settlements.

The banker should have been aware of the situation in the bank, since during the reorganization he held a post on the board of directors of ATB. In addition, he also served on the boards of directors of the Deposit Insurance Agency and the Moscow Industrial Bank. The latter has also been on the reorganization of the regulator since 2018. However, in that case, the Central Bank managed to fully collect debts from management.

The Central Bank believes that the reorganization of ATB cost the budget 13.5 billion rubles. However, the court considers that the fact of losses has not been proved. It turns out that the almost collapsed bank also paid 6.5 billion rubles to the budget. Vedomosti writes about this position of the judicial body. How it could turn out - no one can explain. After all, reorganization itself implies the need for financial assistance to the structure so that it does not sink into Summer along with the money of depositors.

Shadow of the Vdovin

According to evil languages, allegedly Vasily Pozdyshev could banally "negotiate" with the top management of the bank, and maybe with its main then beneficiary Andrei Vdovin. The widow was charged with fraud. According to investigators, he was involved in the theft of a total of $13 million rubles. They were received from the bank by offshore companies, and Vdovin himself was the guarantor. However, the money was not returned to the creditors. About this wrote Kommersant.

Ill-wishers call Vdovin almost a "ripper of banks." They believe that for many years he could act "under the guise" of influential persons in the Central Bank. Back in 2017, it became known that ATB ceased to conduct operations with corporate customers, in fact, it stopped lending to the Russian economy. But until a "hole" was found in the bank, no measures were taken. Why?

And if the money on loans under the guarantee of Vdovin did not return to the bank, it seems that the budget funds spent on the reorganization of ATB will not return. The financial "hole" in the bank before its reorganization amounted to about 2.5 billion rubles. Another 10 billion rubles were required for its recapitalization. From here comes an amount close to 13.5 billion rubles, which the Central Bank demanded through the court.

A number of questions arise. It was most likely necessary to sanitize ATB earlier. Why did Deputy Chairman Pozdyshev not give this a "green light," or does it also need to introduce the variable of the head of the regulator Elvira Nabiullina? Secondly, the court stated that the bank did not record and did not confirm the losses. How can this be without the direct intervention of the regulator's management?

Interestingly, Pozdyshev seems to have wanted to leave with nothing a number of international organizations, for example, the International Finance Corporation (IFC), which lost money due to the cancellation of subordinated obligations. 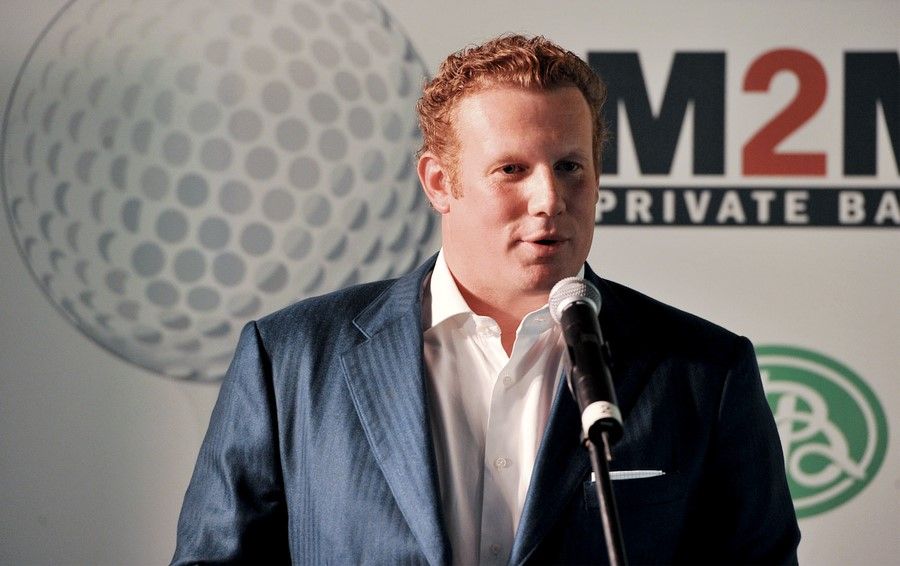 Andrei Vdovin, it seems, did not hide that there were problems in the bank, but Pozdyshev "pulled" to the last?

Pozdyshev himself proposed the idea of ​ ​ writing them off or converting them, but litigation forced the Central Bank to backtrack. Some of the funds were returned, as Vedomosti writes about. That is, we will help foreign investors, and no one can return the budget money allocated for ATB.

The Central Bank is often reproached, they say, it allocates assets for reorganization to other banks for some "own" reasons. Allegedly, between "their" same structures. It is very similar to the "agreement," but even brothers Dmitry and Sergey Khotimsky refused to sanitize the ATB. Their Sovcombank was among the first to want to acquire ATB shares during reorganization. They refused, according to rumors, because Mr. Pozdyshev sat on the board of directors of ATB. So there's nothing else out there to do?

"Own" can be in different ways. For example, Anna Orlenko, assistant to the deputy head of Rostec Igor Zavyalov. Zavyalov for a long time was related to VTB State Bank. And Orlenko herself, before leaving for Rostec, worked at the Bank of Moscow, then at Sberbank, became the head of the banking supervision department of the Central Bank.

According to rumors, she is the cousin of the ex-wife of the ex-deputy chairman of the Central Bank Vasily Pozdyshev. Allegedly, with Pozdyshev himself, they could also have a very close relationship. Now the main Rostekhov bank Novikombank is regularly criticized, but no one thinks of making any claims to it in the Central Bank.

Among the problematic banking assets and VIP people with whom Anna Orlenko and Vasily Pozdyshev "worked" called the Aganbegyanov, Mintsev, Gutseriev, Ananyev families. They say that Orlenko and Pozdyshev had a hand in the sad fate of Otkritie Bank.

It was Orlenko who, through the Central Bank, actually managed the reorganization of the bank. At the same time, she worked as deputy head of the interim administration of the bank, which raises serious questions about conflicts of interest. About this wrote RBC. Pozdyshev did not raise any questions.

Now, with a high degree of probability, ATB is being prepared for a "profitable" sale, and the buyer may be a person close to Messrs. Pozdyshev and Vdovin. It is also known about negotiations on the sale of another asset, MinBank in favor of Promsvyazbank, previously owned by the fugitive brothers Ananyev.

According to the authors of the Russian Crime website, Pozdyshev allegedly intended to purchase this bank through the offshore The Angcc Global investment consortium, but entered the clinch with former DIA deputy chairman Valery Miroshnikov. Allegedly, they have common funds and generally a "spike" of interests.

Only Miroshnikov was ordered a way to the Russian Federation, he has not been in the country for a long time. According to RBC, the investigation checks him for possible involvement in the organization of preferences for the ex-owner of Ugra Alexei Khotin in the framework of the case of FSB Colonel Kirill Cherkalin. This gave rise to rumors that he was against investments in Russian assets - just because of the impossibility to get into the Russian Federation without problems.

According to the authors of the site Russian Crime, allegedly with Miroshnikov and Pozdyshev, the famous ex-security official Kirill Cherkalin could actively interact, and partners could build a giant business on banks. Recently, Cherkalin himself received 7 years of strict regime, wrote Moskovsky Komsomolets.

Experience in the bank do not sit

To the past Pozdyshev no less questions than to his present. It is known that he studied and worked abroad for a long time, first went on business trips with his father (a scientist, now teaches at the Institute of Industrial Technologies), and then moved to the University of Paris-Dauphin. Interestingly, it is located in the building of the former NATO headquarters, which subsequently gave rise to jokes and almost alertness.

After supposedly could have been related to the organization Credit Would be Indosuez, which was one of the largest participants in the Russian financial pyramid of the GKO. The western company Paribas also took part in the GKO, whose employee for a long time was Pozdyshev. At the same time, Western buyers acquired GKO only if the Russian side insured them with deposits in banks located abroad. That is, they did not risk anything. 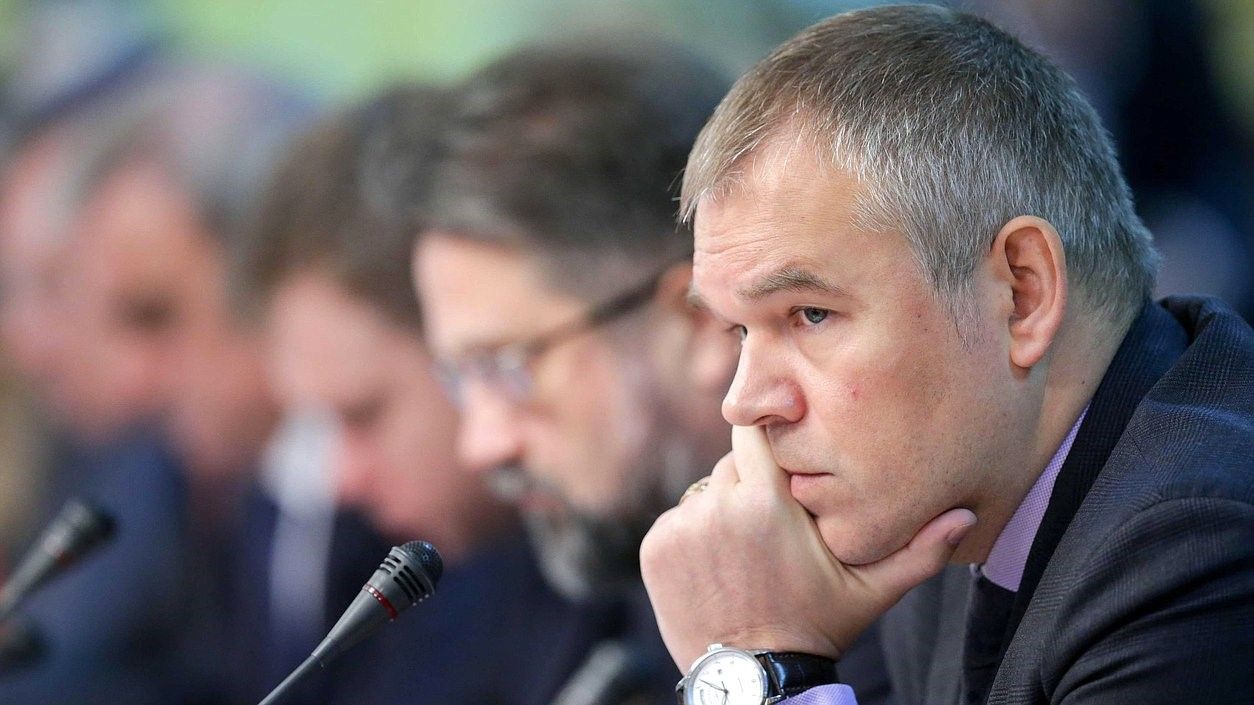 Who really Pozdyshev is a banker thinking about the country, or a person guided solely by personal interests?

Apparently, the experience gained there, in the 90s, Mr. Pozdyshev had enough to oversee the reorganization of banks, pouring billions from the Russian treasury into them. Only how to teach that after this should remain not a sanitized bank, but a regulator, and also billions - is not clear. Here you need to have not just knowledge, but real talent. As we see, Pozdyshev's talents cannot be occupied.

06 October, 7:37
Yulia Medvedeva's reputation was all in the tracks of "Remedi"