What connects the Nizhny Novgorod appraiser Nikolai Zharsky with the head of Transneft Nikolai Tokarev? Did the heads of the three state corporations agree on the field of assessment?

Among people working in the field of property valuation, they strangely look at Veta Appraisal Company LLC, which, throughout its existence, managed to work with several state offices and get tasty state contracts.

The clients of the company themselves on the Otzovik website speak impartially about it, (archived copy) headlining reviews with the words "sharashkina office" and reproaching the company for the lack of qualified specialists.

As the correspondent of The Moscow Post managed to find out, the company may be associated with Nikolai Tokarev's Transneft, Rosneft under the leadership of Igor Sechin and Rosatom, headed by Alexei Likhachev.

From Kalanda to Tokarev

Let's start with the fact that the interests of "Veta" in court are represented by the company, which is associated with the estate of Tokarev. 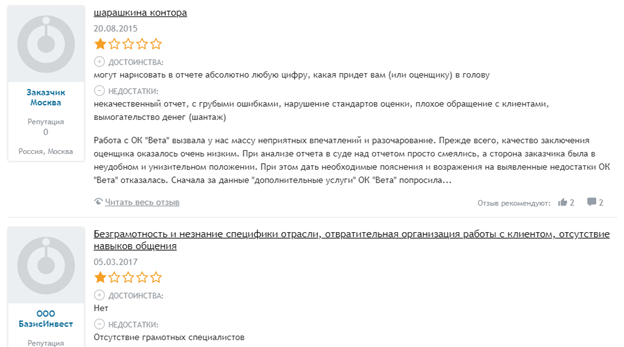 We are talking about a certain MGKA Delkroeder, which has been defending Transneft in the courts for many years. The company was raised to the top by the former vice president of Rosneft, and then Transneft, Larisa Kalanda. After all, it is she who controls the distribution of multimillion-dollar contracts for legal support of Transneft PJSC. We covered this story in detail earlier. 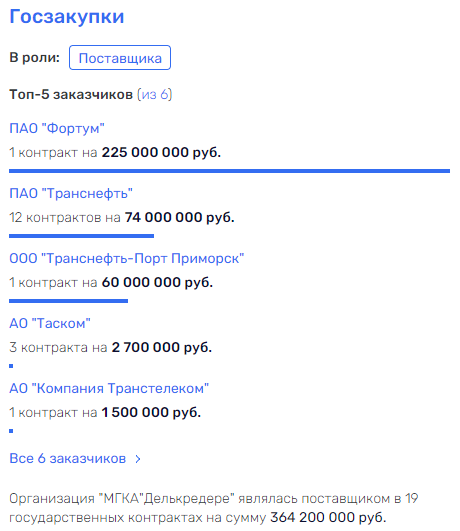 By the way, Rosneft is the largest customer of Transneft. This, as well as the fact that many immigrants from the first subsequently go to work in the second, suggests thoughts of more than close contacts between Sechin and Tokarev.

But back to jurisprudence. For a long time, Alexandra Maidannik had a stake in Deltacrede, the wife of the rather famous Igor Maidannik, who also advises Transneft management on legal issues. By the way, he also worked at Rosneft.

Prior to this, Maidannik could appear in a scandalous story with the detention of the former bankruptcy trustee of Nizhnevartovskneftegaz JSC Oleg Smetanin and adviser to Rosneft vice president Sergei Bogdanov for fraud, as Kommersant wrote. The fact is that at that time it was Mr. Maidannik who was the direct boss of the Bogdanova. By the way, Bogdanov then remained at large. Did the connections of Maidannik help, who did not want his subordinate in prison to suddenly "unleash his tongue"?

The founder of Delcredere until recently was Olga Renova - none other than the daughter of the former First Deputy Minister of Justice and former Deputy Chairman of the Supreme Arbitration Court Eduard Renov.

The management of Transneft selected a good company to resolve its legal issues. Moreover, questions sometimes, if we draw an analogy with the oil industry, smell of organochlorine.

As for Veta, it worked well, for example, with PJSC Gazprom Gas Distribution Nizhny Novgorod. Moreover, interestingly, if the contract for the assessment of the company's property does not raise questions, then the choice of Veta by the supplier of personal protective equipment raises serious questions. Was there, as they say, a boy?

Also on the list of customers of the company is the institution of the Ministry of Internal Affairs, the Ministry of Justice and PJSC Malakhovsky Experimental Plant. In addition, several liquidated firms, including those engaged in financial activities, were registered/were registered to the founder and concurrently head of the company Dmitry Zharsky. Are these KPKG "ISSK" and KPKG?

And in the KPKG "ISSK" the founder was also at one time a certain Tokarev Evgeny Alexandrovich. Is it a relative of the current head of Transneft?

Evgeny Tokarev also registered a trading LLC "Enterprise" Bars, "the second founder there is a certain Shirokova Elena Nikolaevna. At the same time, Tokarev was listed in ISSK as a founder along with a certain Shirokov Mikhail Georgievich. Apparently, the spouse of the latter and a good acquaintance of Tokarev. Mr. Shirokov is the general director of the funeral MKU "Ritual" - an institution registered for the administration of Dzerzhinsk and earned more than 86 million rubles on state contracts. 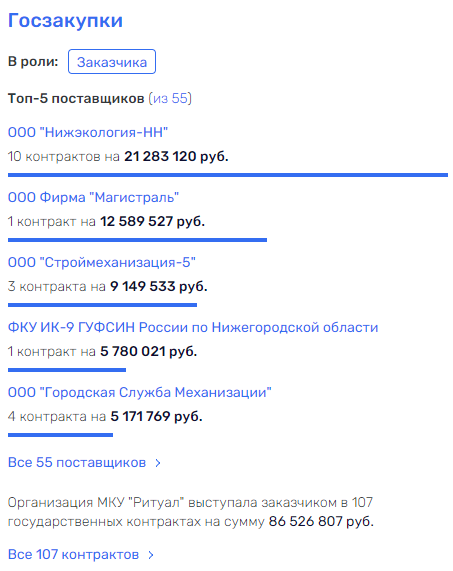 The Moscow Post has repeatedly covered the activities of the Ritual State Budgetary Institution, which is currently raking the entire market for itself due to a new bill on the funeral business, which the State Duma will begin to consider in September. The bottom line is to subdue the entire funeral market to one service provider. Guessed which one?

GBU "Ritual" is a state structure headed by a former FSB officer Artem Yekimov. She is associated with former FSB lieutenant colonel Marat Medoev and FSB colonel general Alexei Dorofeev. And the MKU "Ritual," from which we began, is also subordinate to the city administration. In fact, all this can be part of one web. This means that Mr. Shirokov is very likely close to Yekimov "and the company."

And given the fact that the head of Transneft Nikolai Tokarev is a former FSB-shnik, it is very likely that he can contribute to the prosperity of other immigrants from law enforcement agencies.

They worked through ISSK Zharsky, Shirokov and Yevgeny Tokarev also with the deputy of the City Duma of the fifth convocation of Nizhny Novgorod - Mikhail Vladimirovich Barkovsky. Several large construction companies are registered for it in the region. 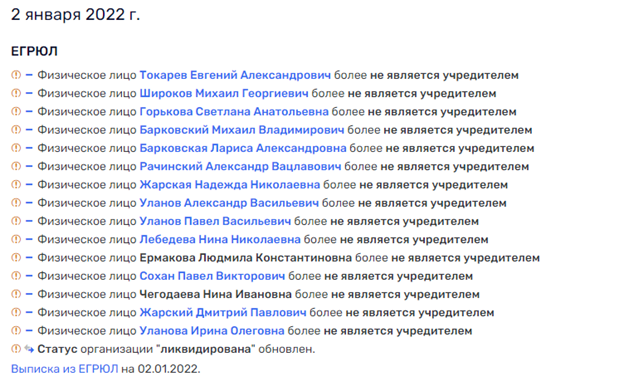 In the list of ex-founders of ISSK, Ulanov Alexander Vasilievich is also interesting. His "Spetsmonolitstroy" makes good money on contracts with institutions of the Federal Penitentiary Service. 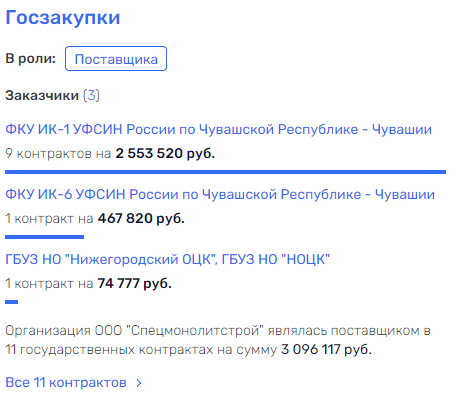 And the cherry on the cake is Pavel Vasilyevich Ulanov from the former founders of ISSK (together with Madame Lebedeva from the same list, who at some time held the post of general director of Porta Revyak), owns Port Revyak. The largest customer is the structure of the state corporation Rosatom PJSC Transcontainer (owned by Delo-Center LLC, the DELO management company, it is JSC Atomenergoprom, and it is Rosatom).

Several interesting parallels loom here. Firstly, the share of DELO Management Company in Delo-Center is under the encumbrance of Sberbank. This indicates the difficult financial situation of the company. Secondly, in addition to the Rosatom structure, Shishkarev Sergey Nikolaevich owns the Criminal Code itself.

The Moscow Post has written about this businessman several times. This is the owner of the largest container operator in Russia, Transcontainer, and the key beneficiary of the Delo group of companies. The success of his business is allegedly facilitated by close ties with the deputy head of the presidential administration, Sergei Kiriyenko.

Among Zharsky's colleagues in another organization, Microcredit is smaller, but there are still a couple of equally interesting personalities. For example, Alexander Gennadievich Ageev, who headed Energotechservice LLC, which received almost 150 million rubles on state contracts, including from Rosatom structures and the Dzerzhinsk administration. The company is now in bankruptcy. Why all of a sudden? 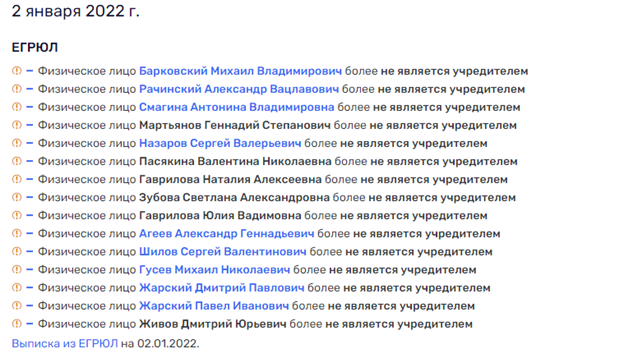 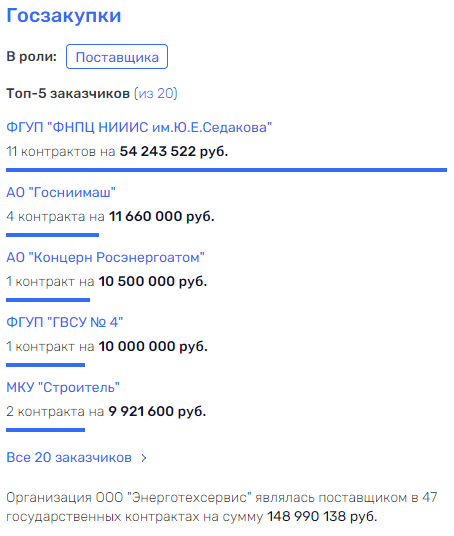 And Gusev Mikhail Nikolaevich - the former founder of Stroy - Perspektiva LLC - is also a large state supplier, who for some reason "did not work out" in the end. 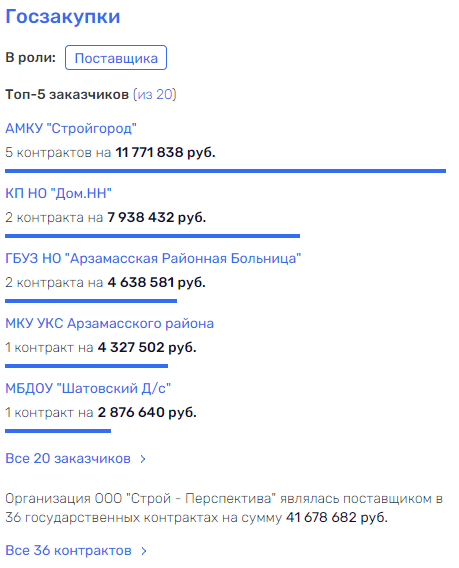 Thus, in the story of the Veta company, the interests of top managers of three large state corporations at once can be protected. And they may be accompanied by FSB officers and their associates, a large businessman Shishkarev in the company of Kiriyenko and smaller figures. Such a tandem will ensure success for any company, even if its affairs are extremely bad.