Kryvyi "service" of the Burlakovs brothers

The Burlakov brothers are unsinkable, in fact, the RBC mani "devastated" continue their boron activities for the development of cash flows.

A new story began to unwind from the very moment when millions of rubles settled back in 2014 in the structures controlled by Burlakov surfaced a couple of years ago.

In the history of the stormy business of the Burlakov brothers, which did not stop for a minute from the moment of the collapse of RBC-mani, the correspondent of The Moscow Post understood thanks to the documents that fell into the editorial office from our reader.

At the end of September, the Moscow Arbitration Court published the operative part of the ruling of the court of cassation in case No. A40-93799/2021 in which it dismissed the cassation appeal of LLC NPO Electronic Payment Service, controlled by the Burlakov brothers, without satisfaction. 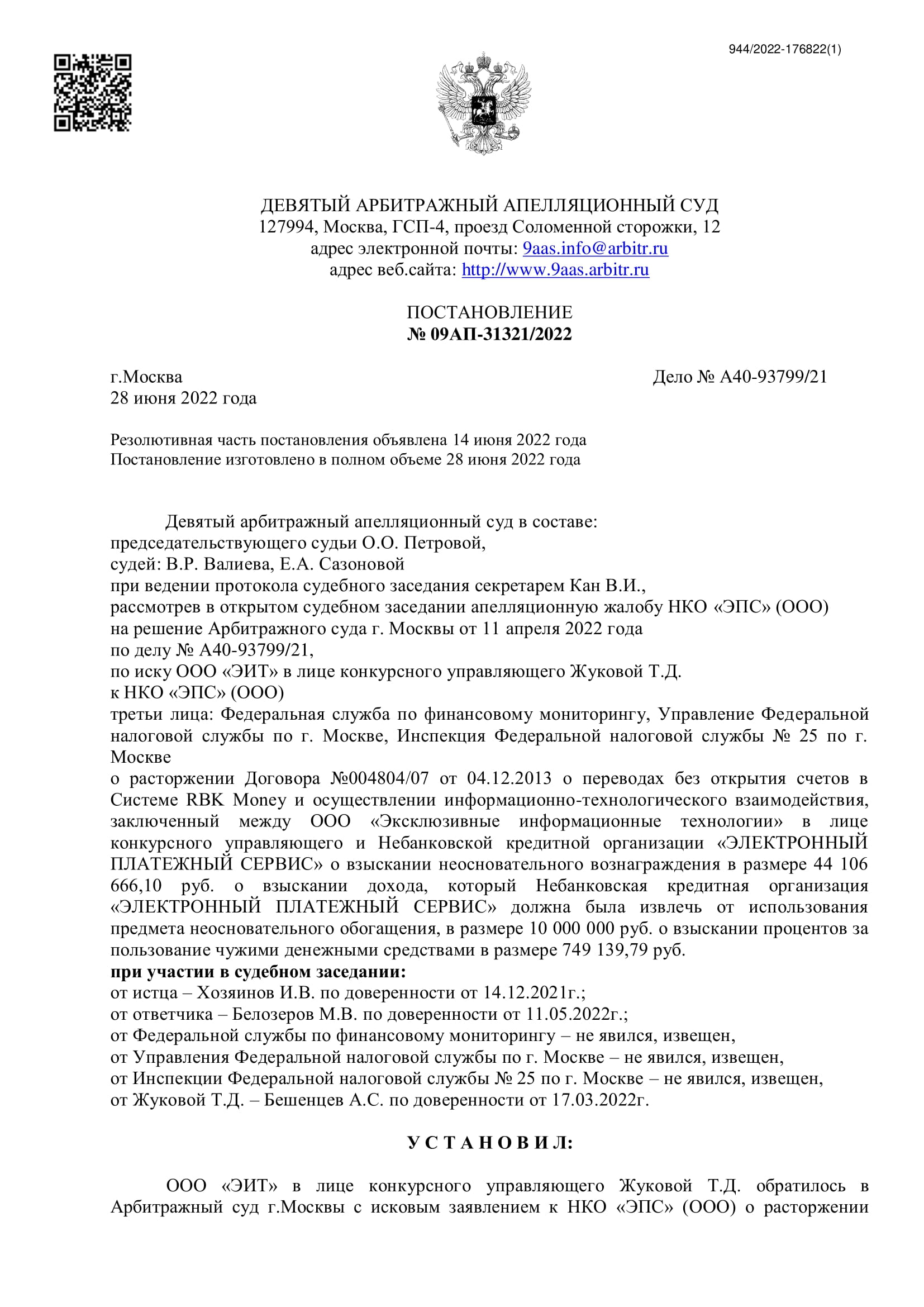 About 44 million rubles were collected from a company with a bank license. These millions settled in the company's accounts back in 2014. And surfaced only in 2020 at the request of the arbitration manager of EIT LLC, which is in bankruptcy proceedings. 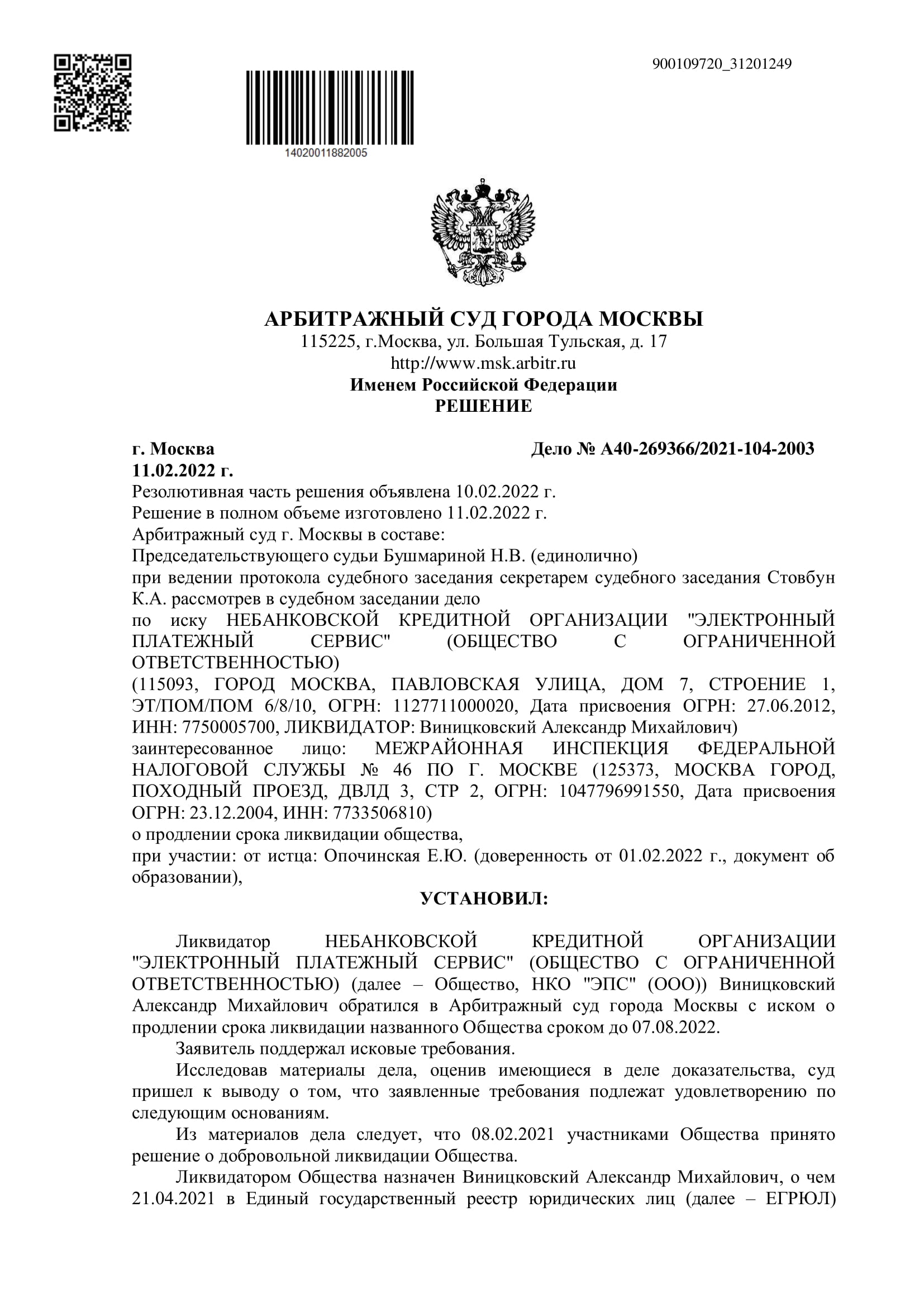 At first glance, this is an ordinary dispute between business entities, which has moved to the halls of the arbitration court. But this amount is not the first because of which litigation begins with the participation of the Burlakov brothers. " 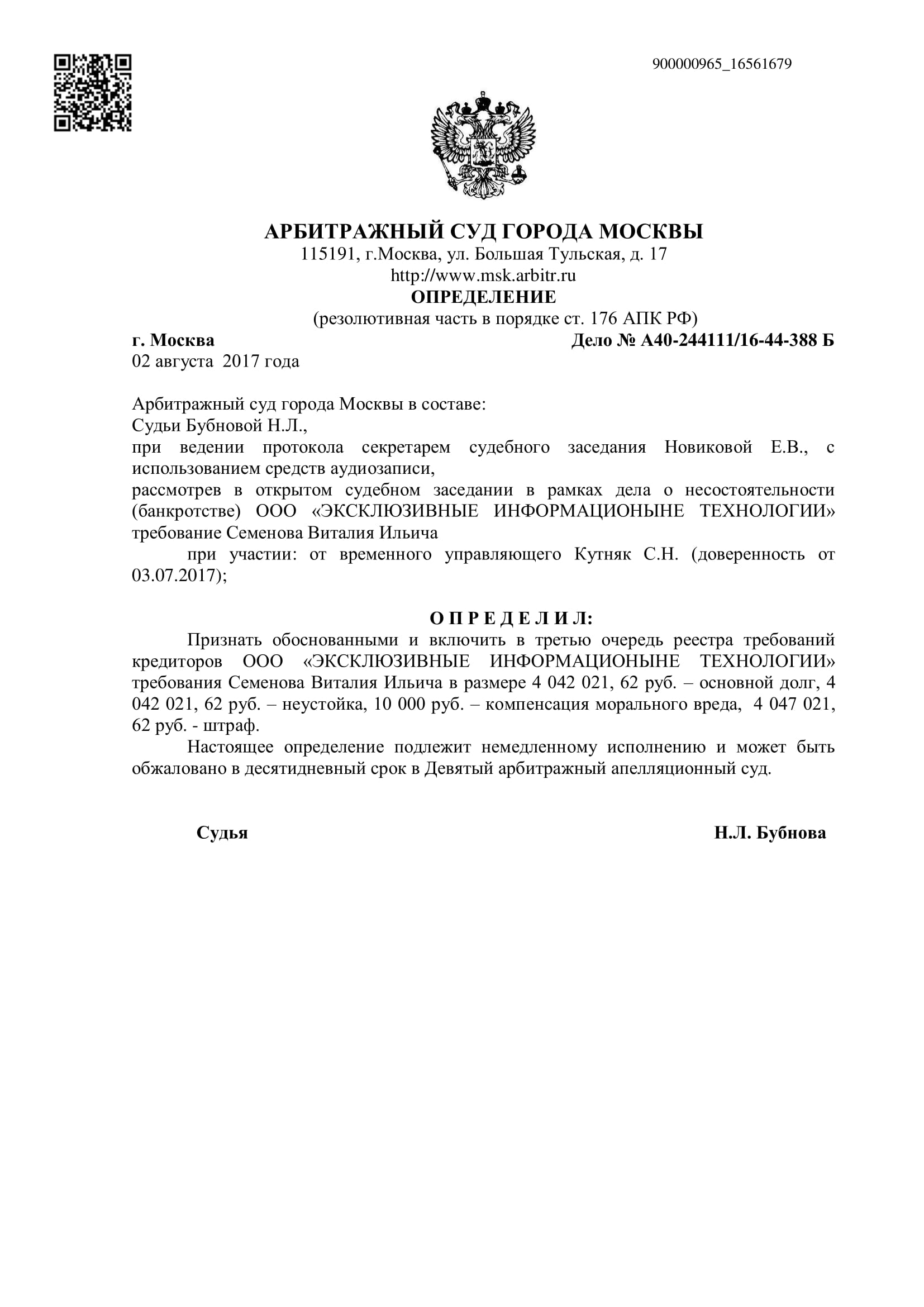 Strangeness is discovered when, following the demand for the return of these funds in pre-trial order (sent by the recoverer in November 2020), the debtor made a decision in February 2021 to liquidate the company on a voluntary basis (case A40-269366/2021 in the AS of Moscow)

And 09.04.2021 by the decision of the Bank of Russia, the NPO EPS had its license canceled. How is this possible?

Just as they did not understand this, having written letters to dozens of instances and having not received the result, our reader turned to The Moscow Post.

Vitaly Semenov handed over to The Moscow Post a voluminous folder with various documents, including court documents.

Recall that the Burlakov brothers are the founders of many "office-Nikanor," including such a well-known (in their murky deeds) as the NPO "EPS" ("Electronic Payment Service"). And it is about the tricks of this NGO that Mr. Semenov writes to the Editorial Office.

Recall that The Moscow Post has repeatedly talked about the notorious brothers-brothers Burlakov - Denis and Kirill - in its investigations: in 2020, "Burlakov offshore," in 2021, "Burlakov on mani," etc.

And the twins only "strengthen," if you look at their stormy activity at least over the past 2 years! This is evidenced by the appeal of Vitaly Semenov, who faced the Burlakov businessmen head-on!

"There are no mysteries," explains Vitaly Semenov. - Indeed, according to the case of liquidation of LLC NPO "EPS," a certain A.M. Vinitskovsky became the liquidator. He previously worked as deputy head of the inspection department of the main inspection of the Central Bank. "

Did the company with the Central Bank license have no money to pay off the demand to return the money, because the company's official reports to the Federal Tax Service showed profitability and high turnover?

"Yes, it turns out so, because the latest materials on the topic of non-bank credit institutions show," Vitaly Semenov continues his story, "that the activities of profitable companies from this sector were reoriented to serve the shadow market of foreign exchange transactions, the largest of which was the reception of transfers and payments betting on sports. And, apparently, this was connected with the efforts of the persons controlling the NPO EPS to join the Board of Trustees (or partnership for the purpose of financial and information cooperation) of FC Spartak Moscow. And the money could be not bad. "

Note that more than one month has passed since the decision of the first and appellate instances to recover funds from the NPO "EPS." And according to the law, a company that is in liquidation if it is impossible to pay off creditors is obliged to submit an application for bankruptcy and, under the current circumstances, the persons controlling the debtor have already earned subsidiary liability.

But there are already rumors that the Burlakov brothers went abroad in the direction of France...

Only one thing is unclear: how, judging by the list of trials, the Burlakov brothers are still not engaged in the department of economic crimes? And how, when the next debts appeared, the Burlakovs' business was instantly able to scale and degenerate into the Osnova financial and information platform?

And the scheme is repeated for the third time, starting with RBC Money? 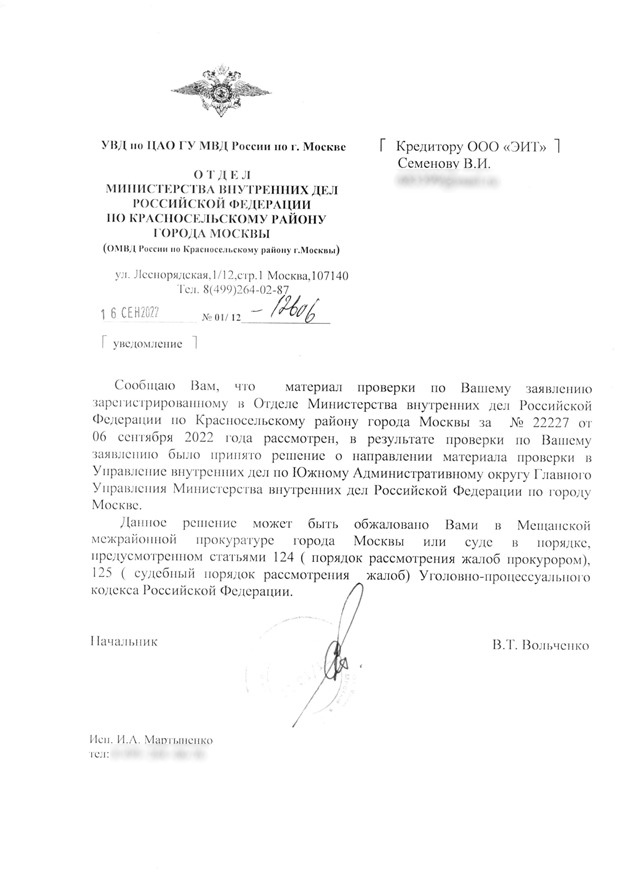 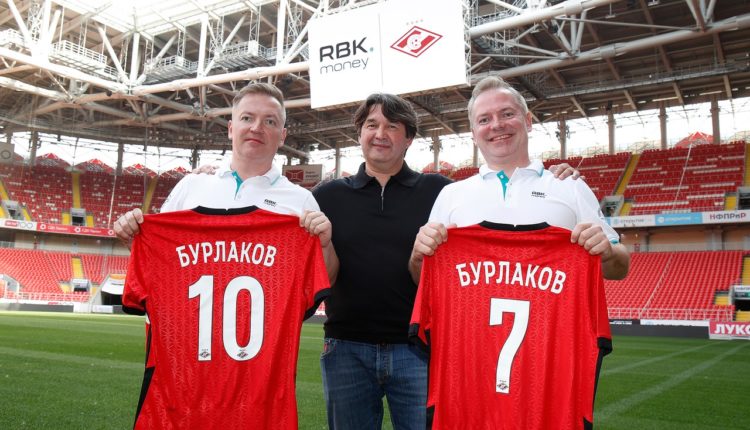 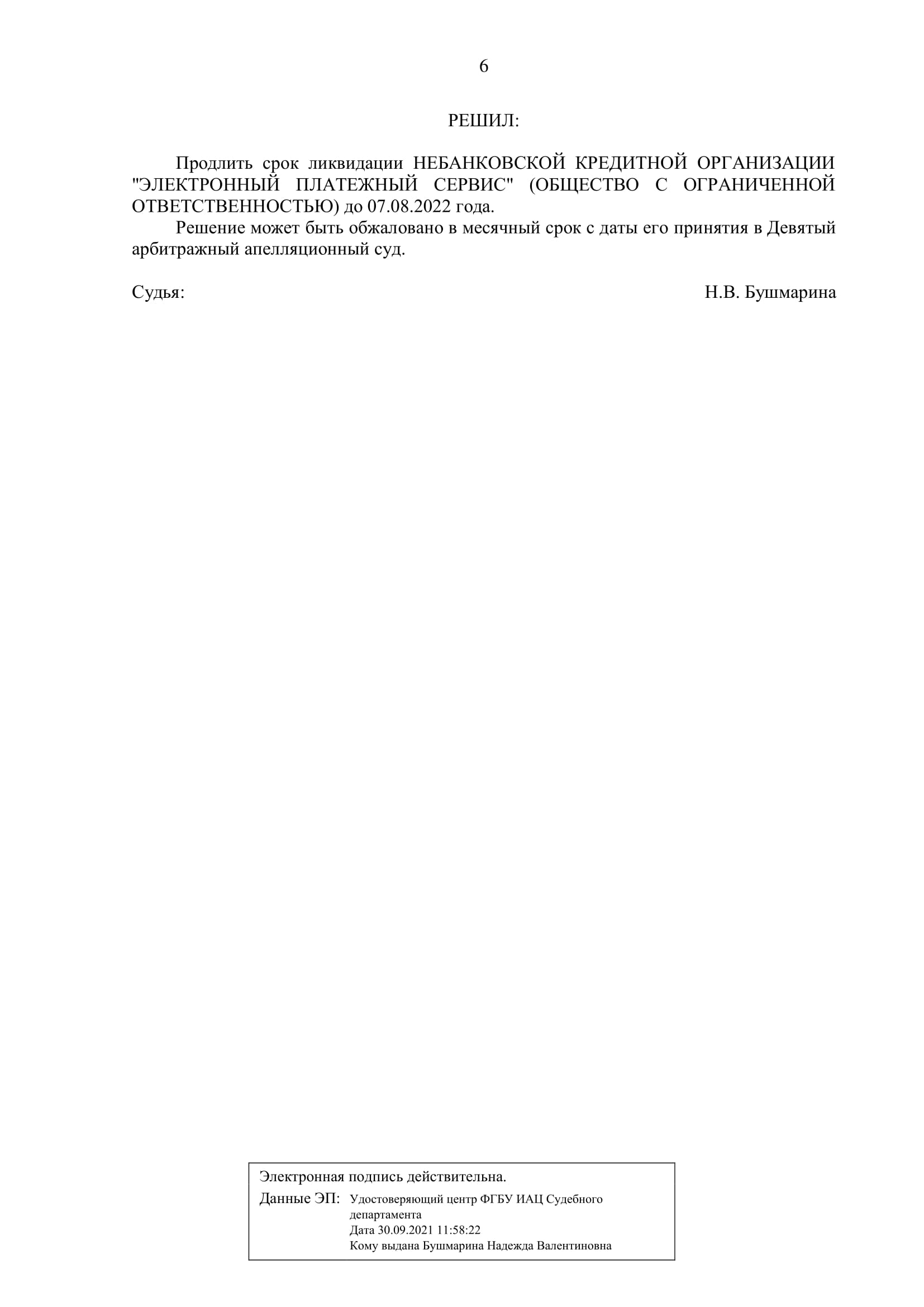 V.I. Semenov sent appeals to the Ministry of Internal Affairs, as well as to the deputies of the State Duma about the outrages "that were taught by people seeking to touch the steering wheel of the digital ruble..." 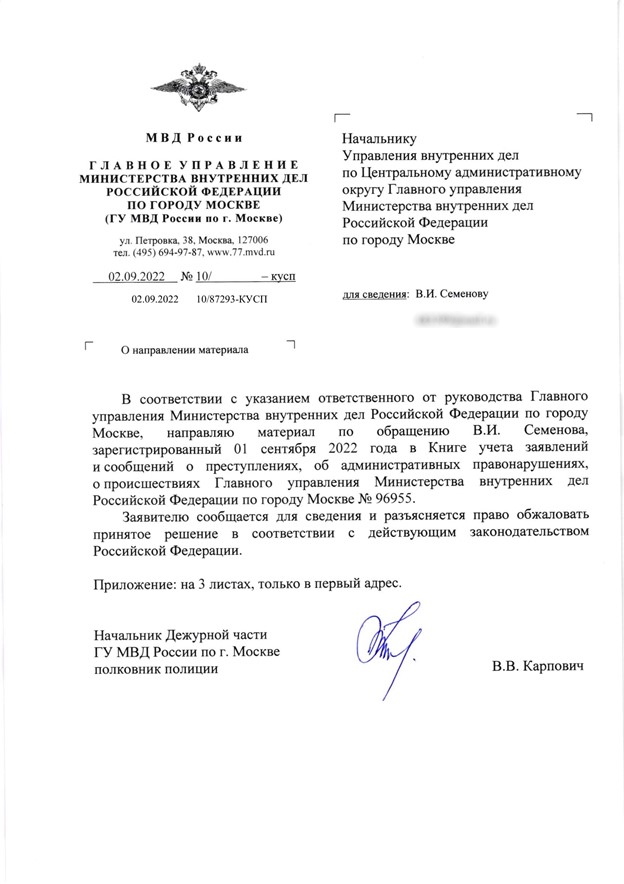 But letters are still going around in circles.

Now back a few years to understand why the Burlaks are unsinkable? So far, anyway?

The Bank of Russia revoked the banking license issued in 2013 by the NPO Electronic Payment Service (NPO EPS), controlled by Kirill and Denis Burlakov. Initially, we recall, the office was called the NPO "Electronic Payment System."

The decision to give up the license was made by the brothers themselves.

Then Mr. Burlakov reported that the payment service turned out to be ineffective. But there was a rumor that they did not comply with the requirements of the regulator and risked defaulting. The Moscow Post wrote about this.

Previously, cunning brothers were suspected of taking the assets of RBC Mani to the NPO EPS, which was subsequently covered with a copper basin.

It turns out that this is already the style of work of the Burlakovs: to destroy one company after another?

Is this a kind of "know-how" of the Burlakovs? 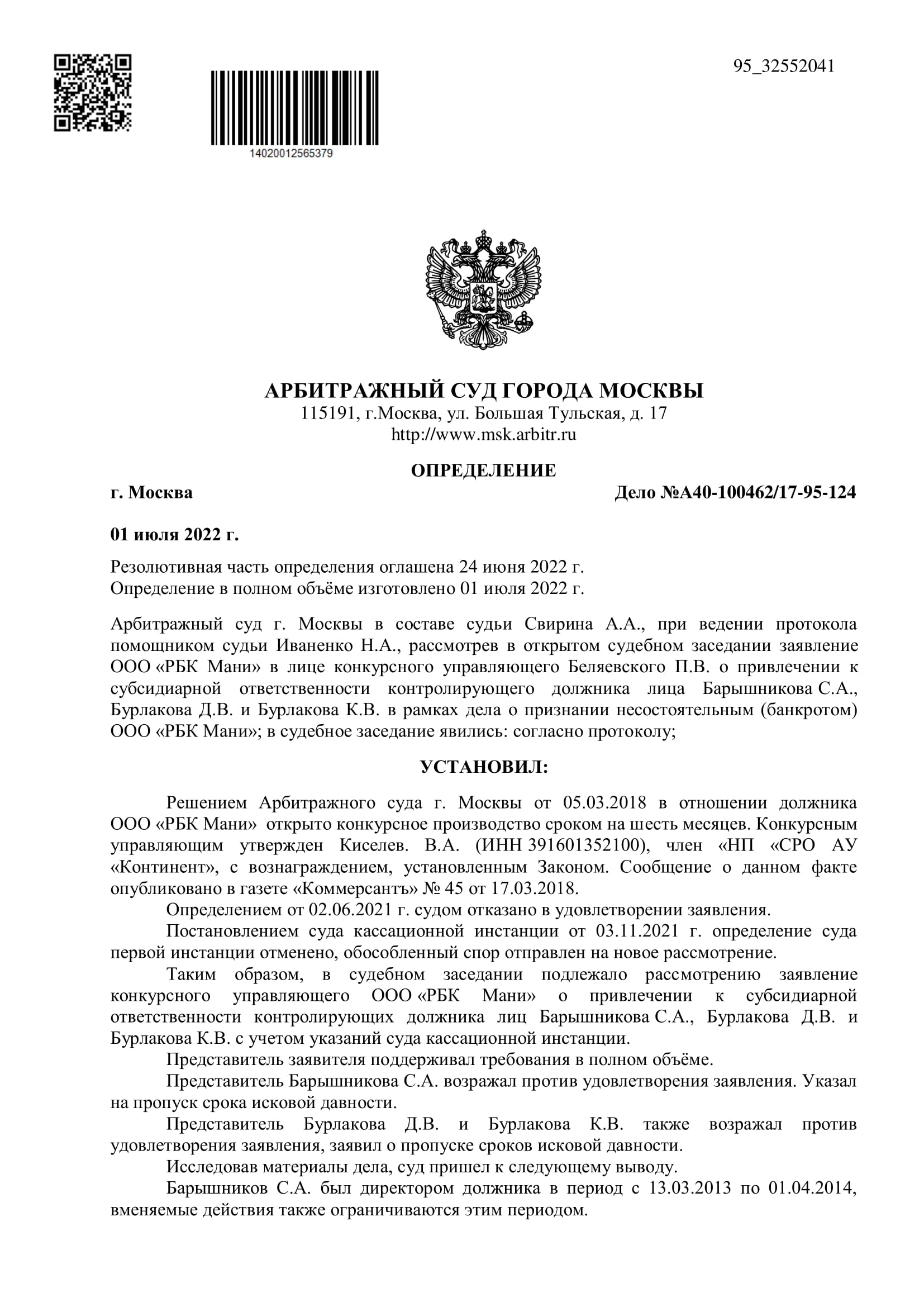 The company was the operator of the RBK Money payment system. The owners considered that the development of the payment business through NGOs was ineffective, since it would inevitably be concentrated near large banks with a universal license.

It looks like the company just managed to do its job?

And the NPO EPS also had a huge number of bad loans. It must be assumed that now creditors will line up as well, as in the case of RBC Money LLC, on the ruins of which the EPS NGO was built. Creditors are still trying to catch up with assets that have "left" from one office to another - we are talking about tens of millions of dollars.

It is possible that the exodus of the Burlakovs from the NPO EPS could be carried out in order to hide assets. And not to pay the bills.

One gets the impression that the Burlakovs could have prepared a kind of special operation in advance. After all, back in February 2020, Denis Burlakov got rid of his share (10%) in the office, but Kirill Burlakov is still involved in this business.

But the plan was being prepared ahead of time?

If this is true, then there is where to run - RBC Mani Itz, controlled by Denis Burlakov, is recorded on RBC Mani Holdings Limited (the island of Cyprus). The same offshore office also owns the company "Payment Labs." Both firms are unprofitable. And money from them can be banally withdrawn?

But "advanced" businessmen have already prepared a new bridgehead: in July 2021, Pet.Ru Trading LLC and Pet.ru LLC were registered. Who is the owner? Kirill Burlakov. It is reported by "Аudit-it.ru"

What are the wise brothers going to develop this time?

The fame of the Messrs. Burlakovs has long been running ahead of them. And creditors accuse them of organizing a scheme for tax evasion, deliberate bankruptcy and the withdrawal of assets of RBC Money.

The history of the payment service began back in 2002, when the first electronic wallet with the Rupay web browser was created in the CIS.

In 2008, the RBC media holding bought 74% of the shares. RBK Money appeared. The holding belonged to three businessmen - German Kaplun, Alexander Morgulchik and Dmitry Belik. About this wrote Lenta.ru.

But soon the Burlakov brothers appeared in the company.

In 2010, RBC PJSC was acquired by Mikhail Prokhorov. 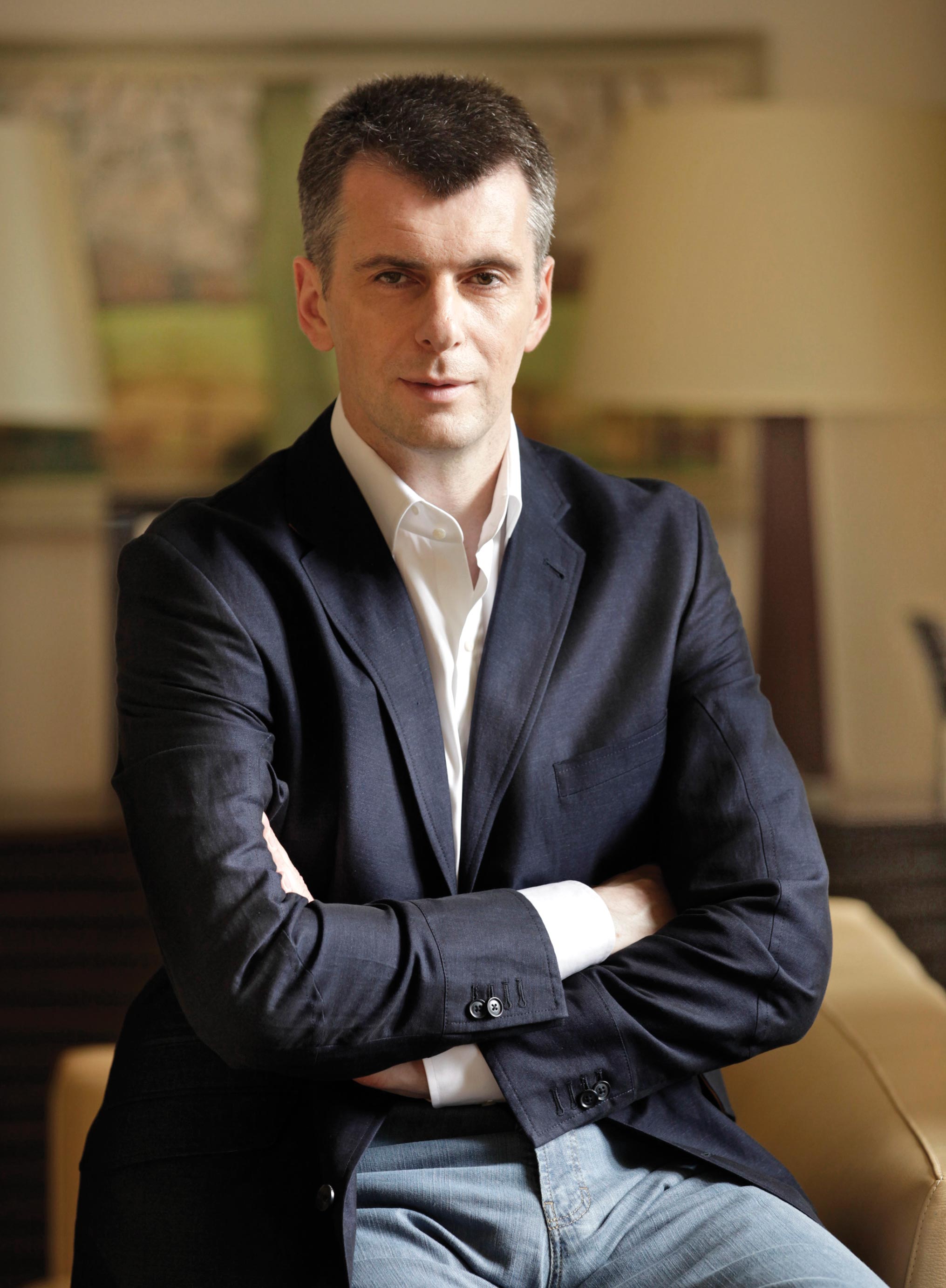 But already in 2014, Mr. Prokhorov transferred the asset to the Burlakovs. The company was sold at a huge discount: once PJSC RBC received an asset for $3 million, and gave it for 18 million rubles.

But Burlakov got the company with a "sinker" in the form of huge debts. The brothers, however, at every intersection trinkered that they had paid off the debts. And even allegedly let their $5 million to develop the company. But some money lenders, like their ears, never saw.

Among them was businessman Sergei Mayzus. He was sure that the management of RBK Money in 2011-2012. fraudulently appropriated almost 150 million rubles. 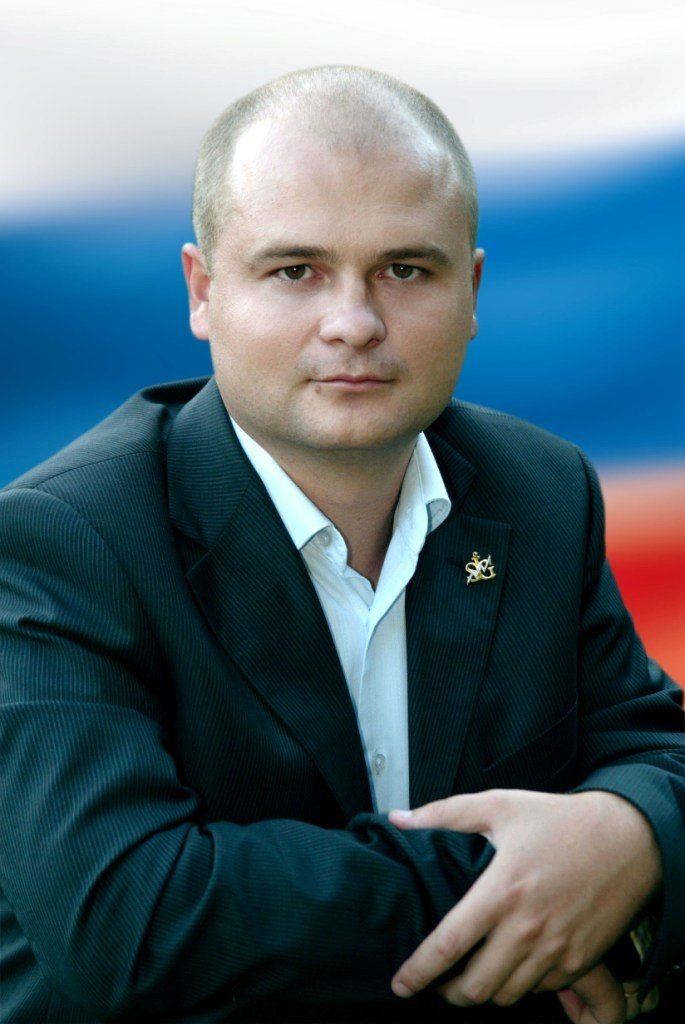 As Novye Izvestia once reported (the material was deleted, but preserved in the web archive), the legal entity to which the RBK Money operator, RBC Money, was recorded, was bankrupt, and its assets were transferred to the NPO EPS. This was reported by The Moscow Post.

The latter was affiliated with RBC PJSC: Chairman of the Board of Directors of NPO EPS (at that time) Sergey Lavrukhin was the current general director of RBC PJSC.

Thus, by the end of 2012, RBC Money did not have liquid assets, but debts increased to 245 million rubles.

But the company continued to "fall apart" under the Burlakovs.

The Burlakov brothers could withdraw $58 million from the company in favor of Smart Transfer Limited. They sold the RBK Money trademark for nothing: its cost was estimated at 200 million rubles, but it went to offshore RBK Money Holdings several times cheaper!

Now RBC Money has a bankruptcy trustee who is trying to challenge the transactions.

And it was possible to challenge 3 cession agreements for 23 million rubles, already concluded with the NPO EPS. 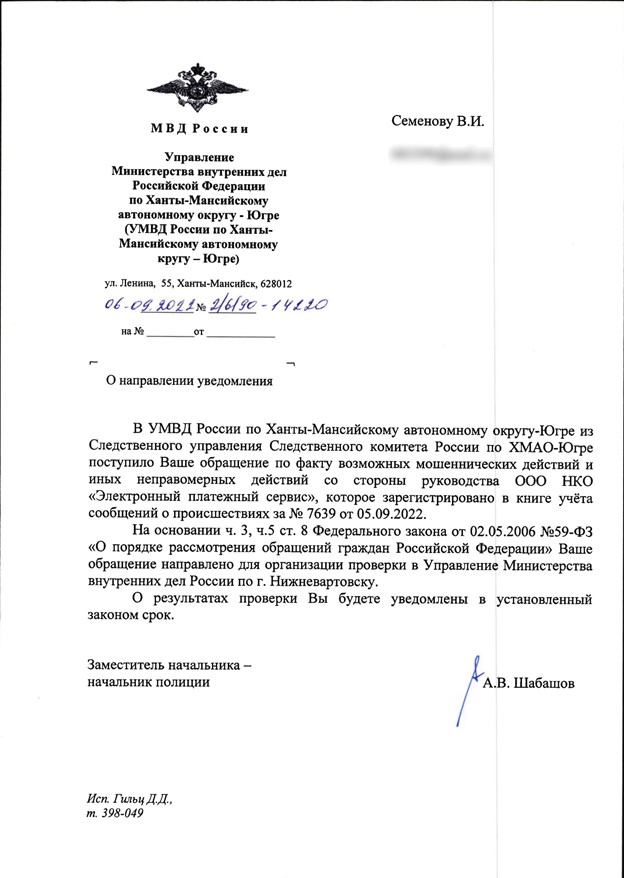 As follows from the database of judicial and regulatory acts, the court ruled that RBC Money, which has debts to creditors, donated the assets to an affiliate.

And the bankruptcy trustee suspects that due to the sale of assets to offshore companies at low prices, the Burlakov brothers could have avoided paying tens of millions in taxes!

Today, the brothers in every possible way deny any ties with RBC Money, in the deliberate bankruptcy of which they are considered guilty.

Another scandalous moment turned out to be the cooperation of the Burlakov brothers with the "authoritative" businessman Ivan Pritula, whose payment operator "Simpley" at one time worked in conjunction with the RBK money payment system. This was reported by "Moment of Truth." 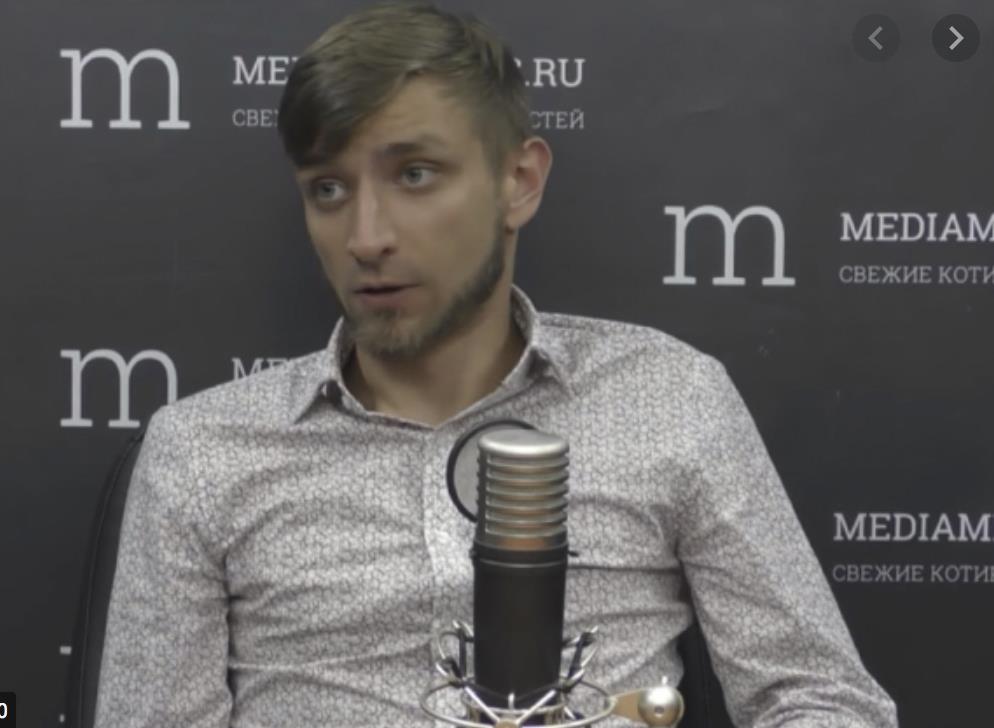 And he lit up well when conducting fraudulent polls on the Internet on behalf of Sberbank. Rustam Tariko's Russian Standard Bank was the third in this warm company.

And now the Burlakov brothers have surfaced in a new documentary story, which Vitaly Semenov sent to The Moscow Post.

It remains to ask the question: when will the investigating authorities finally take care of such "successful" businessmen?