Nikita Olegovich Kozhemyako for another 15 years staked out the right to catch crabs in the Pacific Ocean. The business of the family of the governor of Primorsky Krai seems to be becoming just as boundless...

Just yesterday, August 25, an auction was held to distribute quotas for the catch of 150 tons of crab per year until 2037. And so it coincided that out of 11 companies that took part in the auction, the company Voskhod LLC won, the owner of which is Nikita Kozhemyako. True, for this I had to pay a little more, the price of the lot exceeded the initial 21 times and reached 1.65 billion rubles. But the entrepreneur was hardly embarrassed by such an amount, there is no doubt that the "business talents" of Nikita Kozhemyako, reinforced by the connections of the pope-governor, will help quickly recoup the costs...

The Moscow Post correspondent in the Primorsky Territory understood the details.

Kozhemyako Jr. is actively developing the business: he is listed as a founder in 19 companies, but 16 of them are currently operating, and all of them are in various areas. Truly, a talented person is talented in everything. 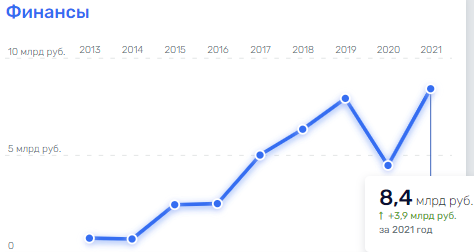 Kozhemyako is also actively engaged in greenhouse business, he was supported by the state bank, the authorities of Primorye, and gas to the greenhouses of the governor's son was carried out as a result of the inclusion of the asset in the gasification program of Gazprom regions. Good connections with the Kozhemyako family, you can only envy.

There is also an asset - LLC "Specialized motor transport enterprise for the wholesale trade in medical devices." But CSR Singing Sands LLC carries out the activities of recreation parks and beaches, while you need to relax somewhere from such a huge business.

But not only Nikita Kozhemyako is engaged in important matters and brings money to the family piggy bank. Behind his mother Irina Gerasimenko today there are shares in 6 existing Moscow, Kamchatka and seaside companies.

Mercy from the Minister

True, the business of the Kozhemyako family does not always go smoothly. One of the companies lost a major dispute to Rosagroleasing. Moscow Arbitration ordered Amur Agro Holding LLC, headed by a former minister from Sakhalin, to pay more than 41 million rubles in losses to the state company. The reason for the trial was that the company did not make leasing payments for agricultural machinery. There was nothing to pay? Apparently, all funds were spent last year on the wedding of Nikita Kozhemyako. Earlier, The Moscow Post wrote on what scale the Far Eastern businessman held the celebration, the cost of the "feast" was estimated at tens of millions of rubles.

Most importantly, the court applied for the right to lease hectares of agricultural land in the Amur region. Moreover, an easement has been installed on one of the land plots in the interests of Transneft for the construction of the project "Expansion of the Eastern Siberia-Pacific Ocean pipeline system." Does this turn out to be an oil "live" right in the property?

Amur Agro Holding Nikita Kozhemyako headed it in July 2020. By this time, the company was in a state of bankruptcy, and its main creditor was Rosselkhozbank, the debt to which exceeded 500 million rubles. Note that the bank has stable business ties with the leadership of Primorye. If the bank did not forgive other debts, then the Kozhemyako family enjoyed special privileges.

Interest appeals to the fact that as soon as Kozhemyako Sr. took over as governor, he met with the head of Rosselkhozbank Boris Listov, agreeing to deepen cooperation in the agricultural and industrial sector. Then Kozhemyako Sr. emphasized the special importance of using leasing schemes for the purchase of equipment.

It is noteworthy that until 2018, Dmitry Patrushev headed the bank, who then became the Minister of Agriculture of the Russian Federation. It turns out that Patrushev, as a civil servant, cannot help the governor's family, he is on the side of Rosagroleasing. However, it is quite possible to "forgive" the debt through the bank. Thus, Kozhemyako Jr. does not have to worry about his millions. Great "teamwork..." 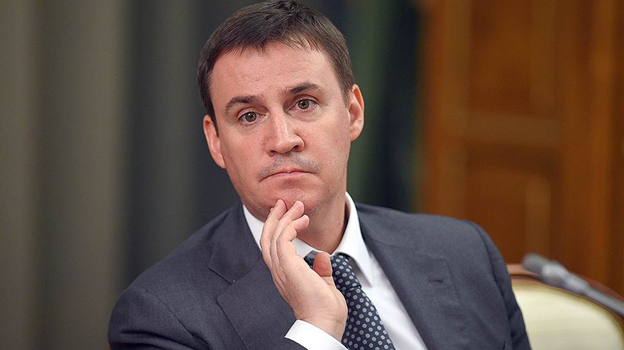 Everything is clear with friends and other companies, but why did Kozhemyako Jr. overpay several times for the quota for catching crabs? Have these tools not found another use? The answer to this question is simple, changes are coming for the fishing industry, and a new redistribution of the fish market is not far off. Therefore, the main thing was to have time.

We are talking about the fact that in the near future Rosrybolovstvo may issue a certain document that will oblige fishermen applying for quotas within the second stage of distribution to process at least 70% of fresh fish at coastal factory factories, the rest of the fisherman may be frozen.

However, Kozhemyako was apparently sure that the resource he received would not fall into the second stage of the distribution of investment quotas, scheduled for 2023.

For quotas, the Voskhod company laid out 1.65 billion rubles, which is 21 times more than the starting price of 78.22 million rubles. At the same time, the firm's net profit for 2021 amounted to 2.6 billion rubles. Put everything on the line?

Crab mining is highly profitable, and it is unlikely that experienced managers would spend such money if they did not see the prospects. In addition, Kamchatka crab is exported, primarily to Asian countries. It is possible that in the current conditions, when there is a risk of suspension of supplies to the EU and the United States, the acquisition of quotas with an orientation towards Asian markets may be beneficial.

Thus, Kozhemyako has only new horizons ahead, somewhere the pope will help the governor, somewhere influential acquaintances will write off their debts. Therefore, there is no doubt that the family's fishing business will only flourish.