Could Danila Kotlyarov have been involved in a possible deception of investors, and, if so, what is the role of the ex-beneficiary of Petropavlovsk GC Pavel Maslovsky, who appointed him director of one company after another?

As the correspondent of The Moscow Post reports, a new scandal may soon flare up, related to the family of the icon of the liberal public of the early 2000s, Irina Khakamada. Or rather - her son Danila Kotlyarov, whom the ex-senator of the Federation Council, the former beneficiary of the Petropavlovsk gold mining group Pavel Maslovsky, now in detention centre on a criminal case of embezzlement, put in the GC as financial director.

According to the authors of the Russkaya Pressa, telegram channel, allegedly Mr. Kotlyarov could be involved in some "theft" of as much as half a billion dollars from foreign investors through the work of the company Aricom Plc, engaged in the extraction of iron ore.

We are talking about events about a decade ago, and it is extremely difficult to confirm or deny this. We will briefly state the version, the main essence of which is that investors could have collected money, and the company was simply bankrupted, leaving them with nothing.

At least, it is known for sure that Aricom Plc did raise more than $500 million, the Reuters publication wrote about this. And in 2009, it joined the Petropavlovsk Group of Companies of the already mentioned Mr. Maslovsky.

Allegedly, after the IPO and raising funds, Aricom Plc could go bankrupt, and its assets could be transferred to Petropavlovsk for a penny. The structure itself was allegedly replaced by a similar IRC company, which, according to rumours, could do about the same thing. And the point is that the financial director of both Aricom Plc and IRC was named Danila Kotlyarov, who is considered close to Pavel Maslovsky.

But the CEO of Aricom Plc, and then IRC of those years, was called Yury Makarov, who was credited with being related to Maslovsky through his wife (stepson). And, again, whether this is true or not, but today Mr. Makarov is the general director of Petropavlovsk — Iron Ore LLC, and Kotlyarov remains in the Petropavlovsk GC as a financial director.

The story is extremely interesting in the context of the personality of Pavel Maslovsky, as well as the large-scale corporate conflict that began in Petropavlovsk after the arrival of new owners. The key of them was the Chelyabinsk oligarch, the owner of Yuzhuralzoloto Group of Companies (JSC UGC) Konstantin Strukov. Another important person is his long - time partner Vladislav Sviblov, who later left the company's capital.

For a long time, the market believed that Strukov could simply "push" Maslovsky and his people out of Petropavlovsk. But, nevertheless, the presence of Kotlyarov and Makarov in high positions in this regard is alarming. Not pushed out as much? In addition, the surfacing of the story with Kotlyarov may mean that Maslovsky will soon be presented with new claims from law enforcement officers.

And in August 2020, Pavel Maslovsky left the company amid this conflict. At the same time, the new management, suspecting something was wrong in the group's finances, instructed KPMG to investigate all the transactions concluded by the old management over the past three years, Regnum writes Regnum.

The new management considered that the general director of JSC Pokrovsky Mine Sergey Yermolenko could be involved in gold smuggling. The decision on the audit was made by the shareholders' meeting. And in December, it became known about the criminal case against Maslovsky. And here, too, apparently, not without the Pokrovsky Mine. Which, by the way, is the main mining asset of the Group.

According to RBC, Maslovsky is now accused of embezzling funds from the Pokrovsky Mine as part of an organized group for personal enrichment by making a transaction for the purchase and sale of real estate at an inflated cost. This really means that it is necessary to shake up the finances not only of the subsidiary, but also of the Petropavlovsk GC itself. Then questions may arise to the son of Khakamada Danila Kotlyarov. What kind of "legacy" did Maslovsky leave behind?

In the Pokrovsky Mine itself, they said that the security forces had claims against Maslovsky because of the purchase of a building in Blagoveshchensk for 218 million rubles. The investigation believes that the purchase and sale transaction was carried out at an inflated price.

Only the investigation and the court can determine whether Maslovsky is guilty or not. However, let's pay attention to the following point. In August 2020, after the departure of Maslovsky, Maxim Meshcheryakov was appointed General Director of Petropavlovsk. Meshcheryakov, as the head of the entire Group of Companies, apparently decided to independently see what was going on in the subsidiary structure, Pokrovsky Mine. Only he, despite his position and all the powers, was simply not allowed into the company's office.

At the entrance, Meshcheryakov was met by security guards and employees of the enterprise, who, for some reason, started talking about the raider seizure. If the desire to get acquainted with the documents is a "raider seizure", then what next? The guards called for Federal National Guard Service, Meshcheryakov was "cooled down", and then a criminal case was opened against him for arbitrariness and causing damage to the Pokrovsky Mine for 450 thousand rubles. This was written by RBC. 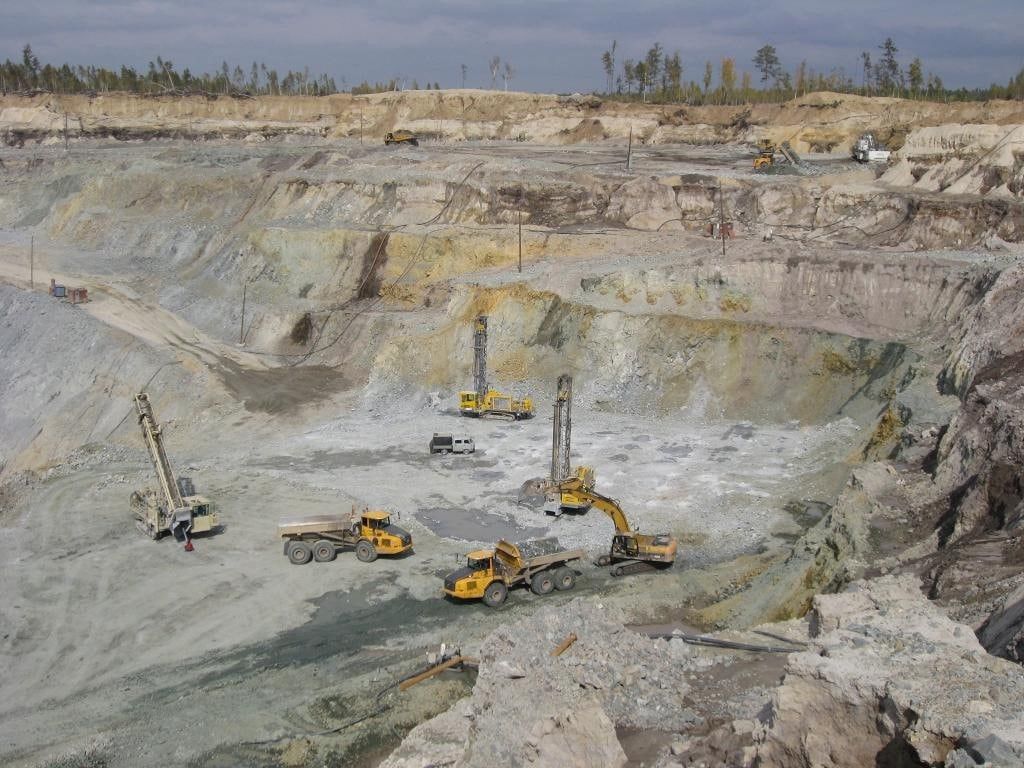 What did the management of the Pokrovsky Mine hide (in the photo - the development itself), if even the head of the parent company was not allowed into the office?

It is still not clear what kind of arbitrariness and damage we are talking about. However, Meshcheryakov is still under the "criminal code". According to rumours, the management of the Pokrovsky Mine could try to hide some financial documents that could shed light on Mr. Maslovsky and the top management of Petropavlovsk close to him. The option of a frankly fictitious criminal case against Meshcheryakov is not excluded. Corruption in the authorities has not been canceled.

After the situation with the arrest of Maslovsky in December 2020, the cries about the alleged raider seizures of Petropavlovsk and Pokrovsky Mine have subsided. Did it mean that someone was "not very innocent"? But the fact is that Maslovsky already had a lot of scandals without this story. Were they preferred not to noticed?

The history of Petropavlovsk began with the creation of JSC Tokur-Zoloto by Maslovsky back in 1993. The company collected vouchers from the ppulation and received a license to develop the same Pokrovsky field. It’s a common knowledge how vouchers were usually "collected" during those years. Deception, intimidation, and other "methods" of obtaining treasured pieces of paper from the poor population were also used. It is unknown whether it was like that in Maslovsky's case.

Maslovsky's close friend, British citizen Peter Hambro, also participated in the project. Maslovsky created another company in Britain with him, called Zoloto Mining, into which Pokrovsky was later "transferred". Then it was completely sold to Peter Hambro, and Tokur-Zoloto lost its main asset.

What the investors who brought their vouchers there thought about it - let everyone guess for themselves. And later, the company decided not to pay dividends at all. Kommersant wrote about this back in 1994. The profit of 97.5 million rubles was used to repay the losses of previous years (the total amount was 8.8 billion rubles). At that time, the management of Tokur-Zoloto noted that "the financial position of the company was not sufficiently stable." However, no one made any claims against Maslovsky at that time.

Maslovsky was also not charged with another large-scale project, the Asian-Pacific Bank (APB), which he owned together with his father, as well as the aforementioned Peter Hambro and the former co-owner of the Azbuka Vkusa, Andrey Vdovin. Together they owned a total of 67.58%, and in 2006 the main shareholder of the bank was Petropavlovsk Finance LLC (later became PPFIN Region LLC)

APB, as it is known, underwent a sanation procedure. According to the authors of the Banki.ru banking analytics website, allegedly in 2017, the Bank of Russia issued an order to forcibly reduce the share controlled by Andrey Vdovin to less than 10% in order to remove him from management in connection with the damaged business reputation. Previously, Vdovin headed the board of directors of the subsidiary of APB - M2M Private Bank, but in 2016 the license was revoked. This allegedly served as the basis for the "damage to the reputation".

At the same time, the Central Bank appealed to the Prosecutor's Office of the Russian Federation, pointing to the alleged withdrawal of assets by one of the main owners. By whom exactly - it is unknown. And later, after the sanation, in 2019, the Khabarovsk Prosecutor's Office achieved the return of money to the first five depositors of the bank. This is written by Regnum.

The prosecutors were able to prove that APB was acting on its own behalf and in its own interests by issuing promissory notes to the Financial and Trading Company depositors. At the same time, the bank held on to the depositors' money until the last moment. Doesn’t this attitude towards their own clients remind of building a structure based on the principle of a financial pyramid? 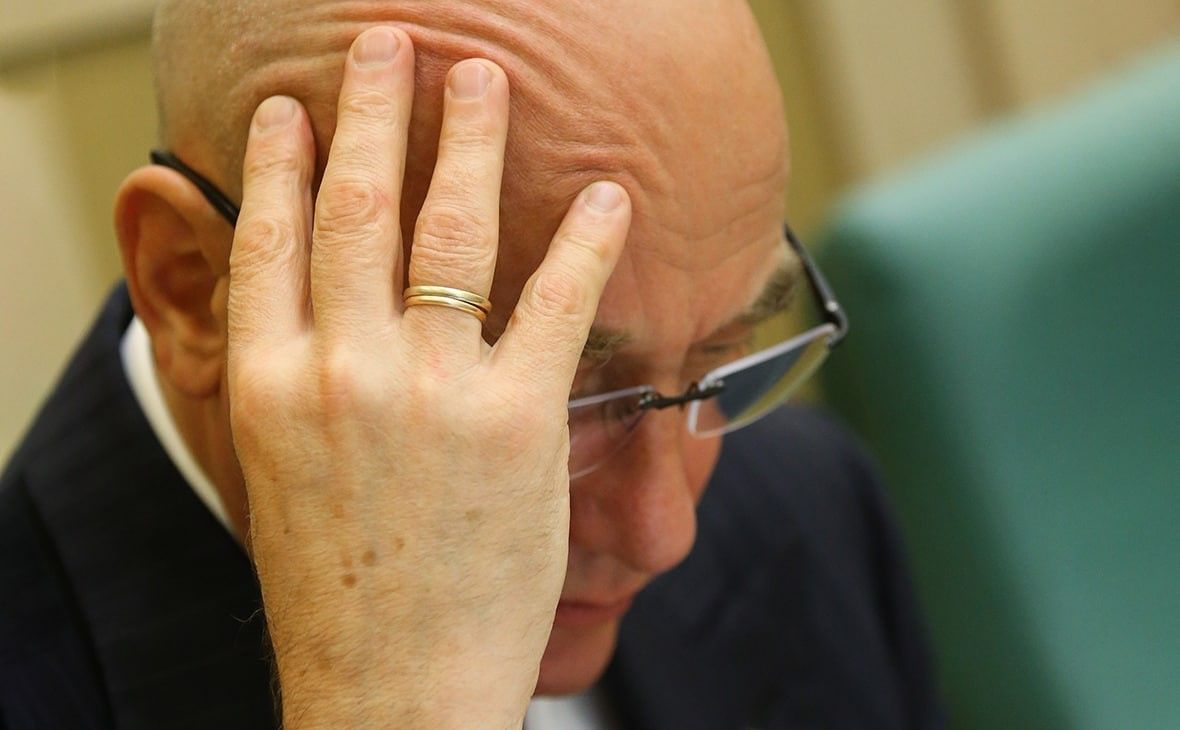 Before the story with the Pokrovsky mine, there were no claims to Maslovsky, but what about the APB? Doesn’t he regret leaving the Senate seat for the sake of business?

Anyway, it is known that the bank, in fact, would have collapsed without the Central Bank and the procedure of sanation. The recovery procedure began in 2018, and today the Central Bank also owns almost 100% of the structure. At the same time, Pavel Maslovsky, as one of the founders and key beneficiaries of the bank, again remained out of sight of law enforcement officers. They also helped depositors, because the Central Bank's money is budget-funded. And the budget will tolerate everything.

It seems that after the scandal with the APB, law enforcement and tax authorities should have scrupulously checked the Petropavlovsk GC and related structures. At least in the interests of establishing the same business reputation - only this time Maslovsky’s one. Now, when due to a criminal case and a corporate conflict, it may be lowered, Maslovsky does not need another high-profile scandal. Is this where Irina Khakamada's son Danila Kotlyarov "appears"?

29 January, 11:03
Strukov "fading away" over Petropavlovsk