How many more tragedies will happen at the mines and enterprises of the KOKS group of Yevgeny Zubitsky, while he earns hundreds of millions of dollars from the selfless work of miners?

As the correspondent of The Moscow Post reports, another man-made accident occurred in Kuzbass. The Sergey Tikhov mine collapsed in Leninsk-Kuznetsk, in the Kemerovo region. Three miners died under the rubble. About 40 more managed to be brought to the surface. Moreover, if initially they only talked about the release of rocks with increased gas release (methane), now the wording is exactly this – collapse.

It is already known that a criminal case has been opened for violating the requirements of industrial safety of hazardous production facilities, which caused the death of two or more persons by negligence, as Taiga.Info wrote. But it is a big question whether someone will be punished, whether the families of the victims will receive compensation.

After all, the mine is part of the Industrial Metallurgical Holding (KOKS), the owner and president of which is a well-known entrepreneur in the Kuzbass Yevgeny Zubitsky. He is best known as the son of the late former State Duma Deputy from United Russia Boris Zubitsky. Who, in fact, "collected" the asset under his command after the collapse of the Soviet Union.

Both were never considered to be people who were very concerned about safety issues in their enterprises. And even more so Zubitsky Jr., who, like the "golden child", almost all his life followed in the wake of his, perhaps cynical, but at least active father.

In general, does Yevgeny Zubitsky know what it is to go down to the bottom without guarantees to return back to his family? Unlikely. But he is perfectly able to count money, because the mine produced coal of expensive brands F and 2F, which significantly improve the quality of coke. This is billions of rubles. It seems that the Zubitskys did not see human lives behind the money.

Rostekhnadzor: a voice in the wilderness?

Experts say in one voice that the tragedy at the Sergey Tikhy mine could have been avoided. In the summer of 2019, the Rostechnadzor commission, based on the results of the inspection, revealed not one, not two, not ten, but 194 violations of the requirements of laws and regulations in the field of industrial safety at the mine. Information about this is available on the website of the agency.

Among them - violations of the fastening of mining workings, operation of explosion-proof electrical equipment in high-risk conditions. But the main thing that the inspectors found out - the work on the face was carried out in the development with the deposition of coal dust of explosive concentrations higher than the permissible more than 9 (!) times. 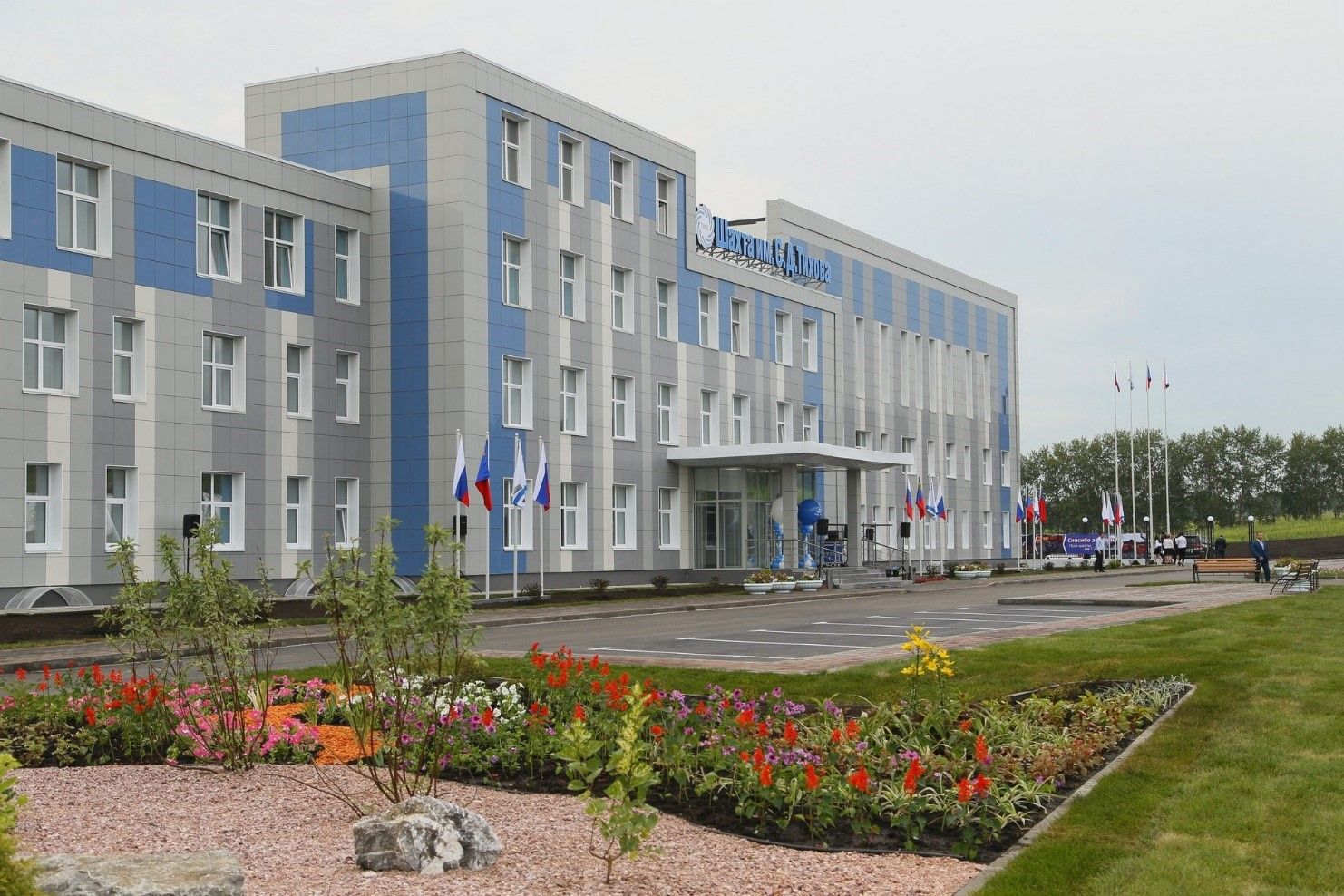 It is not the first time that people have died in the Sergey Tikhy mine. Why didn't Zubitsky prevent a new tragedy?

At the same time, the automatic gas protection on the tunneling combine was in a faulty state. Also, during the survey, an excess of the methane gas concentration at the insulation bridge was recorded, amounting to 3.3% (with an acceptable indication of no more than 2%).

That is, Mr. Zubitsky, as well as the immediate head of the mine, Ivan Fadeev, were well aware that working in such conditions carries a deadly danger to the life and health of people. Has anything been done to avoid this? Judging by the tragedy that occurred, most likely it has not.

Not to mention the glaring fact that tragedies have already occurred in the mine. In the summer of the same year, 2019, a worker died in the mine. He was hit by a drilling rig due to an inconsistency of actions between him and the operator of the installation, as a result of which he received injuries incompatible with life. This was written by the publication RiskNews.

Injuries that are not compatible with life - a streamlined formulation. Getting hit by a drilling rig is a terrible, though almost instantaneous, death. One after which there is simply nothing to bury. This tragedy was one of the reasons for the inspection of Rostekhnadzor. But there were checks before that.

According to the same RiskNews publication, back in 2018, Rostekhnadzor found emergency violations at the mine. During the inspection of the face, again, it was found that the concentration of methane gas exceeded by 2 times with a faulty gas protection on the tunneling combine. Such violations in the presence of an ignition source could trigger a methane explosion. Comments, as they say, are unnecessary.

What has Yevgeny Zubitsky been doing in recent years, while these events were taking place in the mine, and Rostekhnadzor demanded to ensure the safety of people? He shared with other relatives and minority shareholders the remaining property after the death of his father. First of all, the Industrial Metallurgical Holding (KOKS) itself.

Boris Zubitsky passed away in 2017. There seemed to be nothing criminal or incomprehensible about his death. Or, at least, that's what his numerous relatives and minority shareholders of the business wanted to present him, who then almost fought among themselves for the remaining assets.

It should be explained how Boris Zubitsky got the mine in general, and other enterprises (for example, Tulachermet, which later became part of the IMH). And he got all this when he was the general director of  KOKS in the 90s, he bought shares of the Kemerovo Coking Coal Plant. Moreover, they say that he bought it cheaper than the real cost, but still took money on it in debt.

At that time, few people believed in the prospects of the coal industry, so it was not so difficult to do this. And let the debts grow - Boris understood that in the future it would bring him billions. This is something that his relatives, including Yevgeny, could fight for after the death of the head of the family.

One of the main actors in the corporate conflict that broke out was Victoria Kazak, the wife of Yevgeny Zubitsky's brother, who had a 16% stake in PJSC KOKS. At that time, Yevgeny owned 53.6% of the shares, and controlled another 29.4% through TH Ruda LLC. The bottom line was that the company was experiencing financial problems, and Zubitsky planned to attract new investors.

This would mean blurring the share of Victoria Kazak herself. The conflict itself broke out in autumn of 2018. Earlier, Zubitsky made a deal, buying 8% of the quasi-treasury shares of the PJSC. Kazak believed that he did it at an undervalued price, and filed a lawsuit against the IMH for 8.4 billion rubles. The Versia newspaper wrote about it.

What happened next is known. Long and numerous legal disputes, during which Zubitsky managed to consolidate his position as the key owner of the company, able to "impose" his will on the minority shareholders. And among them, for example, his brother Andrey with 11.1%, as well as their mother Galina - 13.39%.

Yevgeny Zubitsky (centre) was the most visionary heir to his father Boris (left), "beating" his younger brother Andrey (right) and his wife

Andrey also made claims to his brother. Allegedly, representatives of Zubitsky Jr. illegally lost their membership in the board of directors of the IMH. But in 2018, he transferred his share to his wife Victoria, who continued the proceedings.

A new turn in the case occurred only in October 2020, when Victoria Kazak managed to challenge the decisions of the company's shareholders from 2018 on the issuance of loans and guarantees to subsidiaries. The court declared these decisions invalid due to the fact that an offshore company, the connection of which with the interested shareholder was not denied by the company, voted  for the approval of the transactions. This was written by Kommersant.

The offshore company in question is Buclinton Holding Ltd of the British Virgin Islands. It owned almost 5% of the shares of the PJSC. Apparently, "moneybox" of the Zubitsky family is far from its native shores. Rumours that money earned by hard work of miners can be withdrawn through it, were not confirmed. But why else are offshore companies created in such cases?

Mrs Kazak also filed another lawsuit against Yevgeny Zubitsky. She claimed that from 2016 to 2018, under the guise of wages, he withdrew 1.98 billion rubles from the company in his favour. But the court rejected her claim, citing a lack of evidence. It is really difficult to prove this, because with the presence of offshore companies in a foreign jurisdiction, hiding the ends in the water is a simple matter.

Another scandal against this background was related to the investors that Yevgeny Zubitsky wanted to attract. In June 2019, as much as 17% of the KOKS Group was taken over by the international banking group Rothschild & Co. This was written by RBC. Yes, those very odious Rothschilds who stretch out their hands to any property that they can reach.

Money is one thing, but the reputation of the Rothschilds and their, frankly, not the most positive attitude towards Russia did not bother Zubitsky. After all, the money is big. Very big. So big that the interests of national economic security, and, even more so, the life and health of hard workers, it seems, could take a back seat for Yevgeny Zubitsky.

It is unlikely that Zubitsky himself will grieve for a long time because of the tragedy at the mine. After all, his fortune in 2019 was estimated at 500 million. He was 191st in the ranking of the richest people in Russia according to Forbes. The security issues do not seem to matter...