By a strange coincidence, people who once worked for lawyer Viktor Khmarin become defendants in criminal cases. So it became in the case of Andrei Guskov, who worked as a consultant on a deal with the port of Feodosia?

According to the correspondent of The Moscow Post in Crimea, the UK is investigating a criminal case on the theft of shares of an oil terminal in Crimea. The victim in the case was recognized by his owner Vladimir Kruglov, a long-time business partner of lawyer Viktor Khmarin. According to law enforcement officers, the scam was turned by businessman Andrei Guskov, who was involved in the victim's purchase of the terminal as a consultant. Moreover, fraud became possible largely due to the desire of Mr. Kruglov to hide his participation in the Crimean asset for fear of getting on the sanctions lists. However, it is possible that Khmarin himself is actually behind this whole story: by a strange coincidence, people who once worked for him become involved in cases. Can he eliminate another close one now?

According to law enforcement officers, Kruglov did not want to advertise his possession of the Feodosia oil depot, so he attracted Andrei Guskov. To disguise the real owner, he proposed creating a "matryoshka," which will be based on a closed mutual investment combined fund (ZPICF), which will belong to Mr. Kruglov. This scheme was implemented - ZPIKF Dolina and its management company Mercury Asset Management were created. Guskov also acquired Forum Trading House LLC, and the latter bought a 99.7% stake in Gunas Firm JSC.

Earlier, "Kommersant" wrote that retired Interior Ministry Colonel Valentin Dorosh, who previously headed the Kursk Municipal Unitary Enterprise Ritual Services, is behind Company Gunas JSC. Now law enforcement officers express the opinion that he was the "face value" of Guskov. And already in 2021, Guskov's mother received control of the company, which was a surprise for Kruglov, after which he went to court.

However, in all this history, the trace of Victor Khmarin is visible. As previously said, he and Kruglov are long-time partners. In addition, meetings between Kruglov and Guskov took place in the same building where the Khmarin and Partners law office is located. And the choice of such a place does not seem at all random - perhaps Khmarin himself participated in the negotiations.

Moreover, he could have worked with Guskov before, since he himself is a lawyer, and he is a consultant. In other words, they work on the same field.

However, in this case, it turns out that Khmarin wanted to push two of his close associates with his foreheads. Interest in the Crimean asset on his part is understandable: in particular, he owns OOO "Oil Products Services" - a large oil depot in the village of Starosyrovo near Moscow, the general director of which is Kruglov. He has long been interested in oil refining, dealing with Gaznefteservice, Baltic Methanol and the Baltic Gas Chemical Company. The market has repeatedly heard the opinion that Kruglov can only be "hands," and in fact his entire business is managed by Khmarin.

If these assumptions are correct, it is possible that Khmarin could want to get rid of Guskov banally because he knew too much.

And in the context of this, the story of the lawyer Elena Mikhno, who worked as a lawyer for Khmarin, is involuntarily recalled. She participated in the bankruptcy case of Gazprom's contractor CJSC ORMA, once owned by our hero. Moreover, he did not own it alone, but together with other shareholders, whom he seemed to want to leave behind in the deal to sell the asset. As a result, it never took place, the plant was blighted - its assets were transferred to one of the subsidiaries. 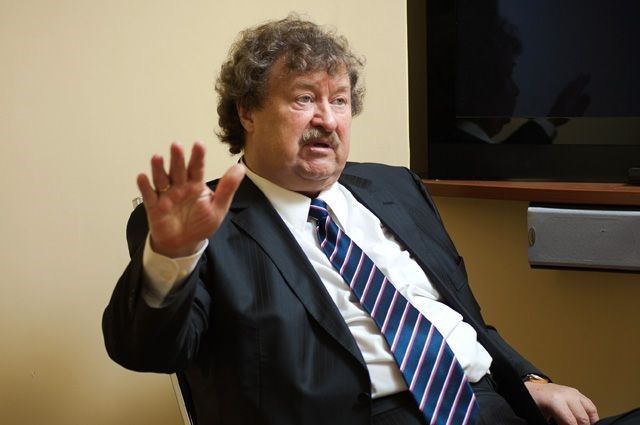 And the incident was blamed... Michno herself! According to investigators, she initiated a fictitious bankruptcy procedure for the plant, as reported by "Fontanka". At the same time, Elena Mikhno said that the case was brought against her with the filing of Khmarin, allegedly having connections in the TFR.

I recall the story of Athanasius Maximov, Khmarin's partner. Maksimov headed the board of directors of Suntarneftegaz CJSC, after which the Hong Kong RusEnergy Investment Group bought 51% of the company's shares. The latter took a loan of $300 million from Chinese banks for the development of the Russian company, but was in no hurry to pay off loans. And later Maximov was jailed for 7 years in another case - about fraud with bills, wrote "Regnum".

But law enforcement officers wanted to ask Khmarin himself about the nuances of the history of Chinese loans, "Yakutiya.info" reported. However, he managed to get out of the water dry. Maximov, as there is some opinion, became a kind of "boy to beat."

According to the authors of the "Committee Regiment" telegram channel, he is allegedly behind the criminal prosecution of Sergei Khmara, who, according to some reports, served two years in places not so remote. Hmar is called close to Hmarin and a classmate of his wife Lyubov. Like, the latter and Khmar even in their youth were in a romantic relationship.

By the way, a lot of interesting things are generally said about Khmarin's wife, calling her almost a relative of Vladimir Putin himself. Naturally, there is no evidence of this, which does not prevent the lawyer himself from allegedly boasting about the presence of solid ties. By the way, Khmarin was a classmate of the president, but the press secretary Dmitry Peskov himself separately noted that they had never been close friends.

Perhaps the belief of some in mythical friendship with Putin helps Khmarin develop business. Moreover, he can do this through proxies, while remaining in the shadows himself. Like, in fact, he controls a dozen fuel companies. One of them was a feudosian asset?

By the way, Khmarin has already shown interest in the Crimea. There, Kih-Chateau LLC in August 2018 signed an agreement on investing 1.3 billion rubles in the creation of an agro-industrial cluster and a recreational zone of Grand Chateau Lavender. The owner of Chih-Chateau LLC is the non-profit organization Union of Land Surveyors (Roszem). The chairman of her board of trustees is our hero.

Presumably now, new opportunities have opened for Khmarin to expand his business. The fact is that his son, also Viktor Khmarin, recently headed Rushydro. After that, there was immediately talk that some profitable assets of the state-owned company, still under Russian ownership, could be withdrawn by people close to Khmarin Sr. Earlier, The Moscow Post wrote in detail about this.

What to say, it seems, the influence of Hmarin Sr. really spread very widely. Isn't that why, despite the fact that his name flashes in a series of resonant scandals, no one has questions for him personally yet?