Head of Tashir Holding Samvel Karapetyan acts with proven schemes for "squeezing" territories and without trying to hide it, doesn't he?

As it became known to the correspondent of  The Moscow Post, the Trekhgornaya Manufactura Thermal Power Plant (TPP) in Moscow may be at risk of demolition. The Yurgazservice company (controlled by Tashir) is trying to "knock out" a building permit for the sites near the station, which may lead to the "accidental" dismantling of the entire unique monument of industrial architecture of the early XX century. Mr. Samvel Karapetyan doesn't care about cultural heritage, does he?

They have been trying to build up an architectural monument for several years. The TPP ceased to function in 2012, the area was leased by Yurgazservice, which planned to build a multifunctional business centre with an area of 316 thousand sq. m. with skyscrapers 212 metres high. But previously, three buildings of the station complex had a status of cultural heritage objects. As a result, in 2014, by order of Tashir, an expert examination was carried out, which allowed removing the protected status from the land around it. And in 2016, it was recommended that only one of the three buildings be classified as monuments.

Recently, the Moscow Department of Construction under the leadership of Rafik Zagrutdinov and the Department of construction policy of Moscow under the leadership of Sergey Levkin agreed on a project for building 94 thousand square metres of the architectural monument. According to the authors of the publication Argumenty nedeli, this tactic is used by developers to further destroy protected areas, when the protected area is reduced to a single building, which is "accidentally" destroyed due to construction nearby. As an example, journalists cite other similar stories: demolition of apartment buildings of the Anchor company and the Proshins house on Pervaya (First) Tverskaya-Yamskaya. 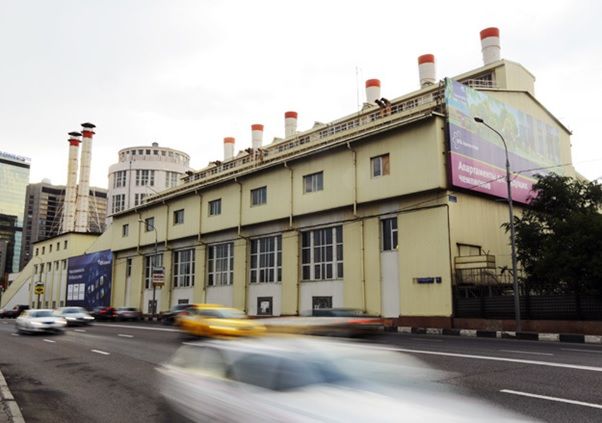 Muscovites may soon say goodbye to the TPP

It turns out that using experts as an intermediary mechanism, local officials can coordinate any construction on the site of an architectural monument, can't they? Let's also omit the fact that the construction of giant skyscrapers will spoil the entire panorama of the capital. But who cares?

Certainly not Head of Tashir Samvel Karapetyan. Moreover, the construction project of the TPP "Trekhgornaya Manufactura" is not his only concern. In particular, it is now "making its way" to the market of road and bridge construction in St. Petersburg through the bankrupting Pilon company. One of the largest construction holdings in the country has fallen into the hands of a certain Nodar Asoyev, who is associated with Karapetyan. Allegedly, he will "bridge the bridges" in the Northern capital with the help of Asoyev. The Moscow Post has already written about this story in detail.

Asoyev's suspicious assets also prove this. In particular, four companies that he manages -Glavstroyproekt LLC, Glavmostostroy LLC, Glavtransstroy LLC and TTV Trans LLC - have zero financial indicators for one or two employees. And Trans Trest LLC with a single employee with a revenue of 3.4 million has a negative profit of 7 thousand rubles. Where is the money to "revive" the bankrupt Pilon?

Another "bell" testifying to Karapetyan's connection to Pilon is a letter to USC Director Aleksey Rakhmanov, in which it is reported that the bankrupt now belongs to the Tashir GC. And it is signed by the hand of Vladimir Schmidt, head of one of Tashir's offices. It is noteworthy that earlier it was Mr. Schmidt who directed Pilon. A coincidence?

The new owner of the bankrupt plans to engage in major projects. For example, in the construction of the first section of the Eastern high-speed diametre, the contract cost of which is 1 billion rubles. Pilon is a perfect fit as a contractor - the company has extensive and unique experience in road construction.

It is worth taking into account the fact that Karapetyan has been reaching out to the St. Petersburg construction market for a long time. For example, last year the tender for finishing Lakhta Centre was received by Kaskad-Energo, a company controlled by Karapetyan. This contract is considered the most expensive in the history of the Northern capital: the cost of finishing works is, according to various estimates, from 7,5 to 14 thousand dollars, as Fontanka reported.

But one of the largest contracts in the city, apparently, is not enough for Tashir, - the company decided to arrange its activity in St. Petersburg. And here already residents of the city on the Neva should be nervous - perhaps a "mess" as in Moscow may take place.

And in the capital, Mr. Karapetyan seems to feel himself allmighty. According to the authors of the SMI6 portal, allegedly in February of this year, representatives of the PSF of the Tashir company beat local residents protesting against the construction of a high-rise building on the site of a former park, where it was originally intended to build a kindergarten, school and clinic.

At the same time, not only ordinary people , but also two deputies of the Moscow city Duma from the Communist party - Evgeny Stupin and Ekaterina Engalycheva "got for it". At the same time, the latter was actually captured: they blocked her car, putting concrete blocks under the wheels and blocking the road with another car. Did Mr. Karapetyan miss the atmosphere of the 90s?

But let's go back to the story of the construction of the Trekhgornaya Manufactura TPP - that is, in fact, to the attempt to "squeeze" the protected area. Tashir seems to have a special interest in "forbidden" objects.

For many years, there was a trial because of the appearance of an elite cottage settlement on the territory of the specially protected natural zone named "Serebryany Bor". "Virtus-R", a subsidiary of "Tashir" was engaged in building up the site. Though on paper it was not a cottage settlement but sports complex. Did they use the old scheme with the "fraud" documents?

As the authors of the Restate portal reported, the activists were even able to prove the alleged illegality of building villas, townhouses and residences in court. Their claim was granted, the process of dismantling the fence around the objects was started, and ... nothing. The work was quickly frozen, and the case collapsed.

But what's curious. The son of former Prosecutor General Artem Chaika together with Tashir shows interest in this place. Apparently, both businessmen liked the joint work on the construction of the shopping centre in Mytishchi in 2015, and they decided to continue their cooperation.

By the way, about Chaika - they say that it is thanks to him that Karapetyan so "arrogant" and feels permissiveness. The businessman is called one of the closest to the family of the former Prosecutor General. There are rumors that their friendship is so strong that for the sake of the entrepreneur, Yuri Chaika once went to conflict with Sergey Chemezov from Rostec.

They say that in 2016, due to the initiative of Rostec, a case was opened in the Perm region against the co-owner of the Motovilikha Plants Vagharshak Sarksyan. The latter is Karapetyan's man and, in fact, his assets are controlled by the billionaire. According to rumors, the Perm Prosecutor's office immediately cancelled such decision, and Chemezov hastened to complain to Chairman of the IC Alexander Bastrykin, who, in his turn, referred to Chaika. But the latter chose our hero and "kicked off" Bastrykin and Chemezov. If this is true, then there is a fairly close connection between the businessman and the ex-Prosecutor General…

Well, these are not all of Karapetyan's "connections". He can be friends with another son of an influential gentleman, Aleksandr Kolokoltsev - the scion of Russian interior Minister Vladimir Kolokoltsev. And their business affairs also turned out to be scandalous - apparently, this is Karapetyan's style, isn't it?

As UtroNews reported, recently a scandal around the banquet hall named Orion Hall broke out. And again, the same scenario: instead of trees and greenery in Ramenki, they built a parking lot and a concrete wall. The owner of this "splendor" is the Stena company. And it, in its turn, is part of the Tashir Holding. At the same time, the co-owner of Stena is the same Aleksandr Kolokoltsev. 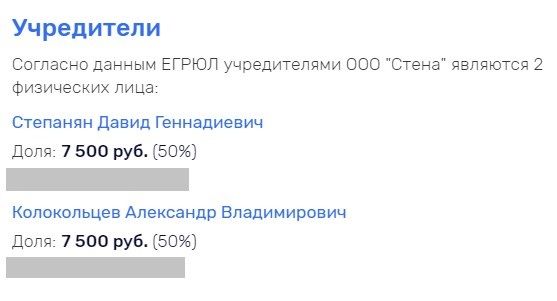 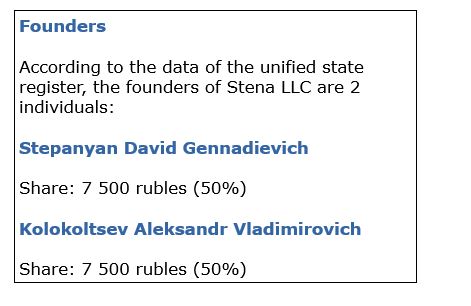 It seems that Samvel Karapetyan is working with proven schemes for "squeezing" territories. He doesn't even try to hide it. What for? After all, if something happens, "older" comrades will help, won't they?

The businessman recently distinguished himself against the background of the conflict between Armenia and Azerbaijan. In the middle of July, representatives of the Armenian expatriate community were actually expelled from the Food Сity market owned by Azerbaijani entrepreneurs God Nisanov and Zarakh Iliev. After that, a special platform for the sale of Armenian goods was allocated by the wholesale and retail centre named Bukhta, controlled by Tashir. This was written by Novaya Gazeta.

The outraged public began to accuse Karapetyan of "adding fuel" to the fire of an already acute conflict. But the businessman seems to feel permissive. Still - with such a likely power "roof". In extreme cases, a PSА to deal with the dissatisfied can always be sent, can't it?

However, not every "roof" can withstand the likely destruction of an architectural monument and the "rocking" of the political situation. Isn't it time for Karapetyan to slow down?