The state corporation Transneft comes under the full control of the "clan" of visionary lawyers Kaland, and its head Nikolai Tokarev seems to be turning into a nominal figure.

Personnel changes are coming in Transneft, led by Nikolai Tokarev: since 2016, the company's vice president for legal affairs, Larisa Kalanda, has been retiring. Her place may be taken by her husband Vladimir Kalanda, who has been working in the state corporation since 2020 as deputy vice president for GR issues - relations with government agencies.

Who Larisa Kalanda, her husband and other relatives and family friends became for Transneft, and what to expect from personnel changes, including the head of the corporation Nikolai Tokarev - in the material of The Moscow Post correspondent.

Larisa Kalanda built her entire career working in the country's oil and gas enterprises. For some time, she held high positions in other large oil companies, and then, having moved to Transneft, the deputy head for legal issues, fiercely sued them.

Kalanda is considered one of the country's most powerful female lawyers, without even being part of the judiciary. It was believed that she was almost the second person in Transneft after Nikolai Tokarev - and this is probably not far from the truth. It is not difficult to assume that it could be able to influence the distribution of Transneft's massive financial resources on the legal support of the structure.

It is noteworthy that under Nikolai Tokarev (they say that his Kalanda familiarly calls "grandfather Kolya") a significant part of the family managed to penetrate the state corporation.

The spouse of Mrs. Kalanda Vladimir repeated many career gestures after her until he got a job at the Federal Drug Control Service in 2008. After the abolition of structures and four years of retirement, in 2020, Larisa Kalanda could "pull up" her husband to the position of deputy vice president.

And, I must say, there was something to "profit from": earlier Vladimir Kalanda worked in the special services, from where, they say, he left not without "sediment." Nikolai Tokarev is a native of the special services himself, and he sees his brother-in-law from afar. Moreover, your deputy is such a visionary woman...

It is Ms. Kalanda who is credited with the dominance among Transneft contractors of the legal orientation of the infamous Moscow law firm Delkredere. It is sad because the structure seems to have been set against any opponent or critic of Transneft, Nikolai Tokarev, or veiled criticism of Ms. Kalanda herself and her corporate dynasty. 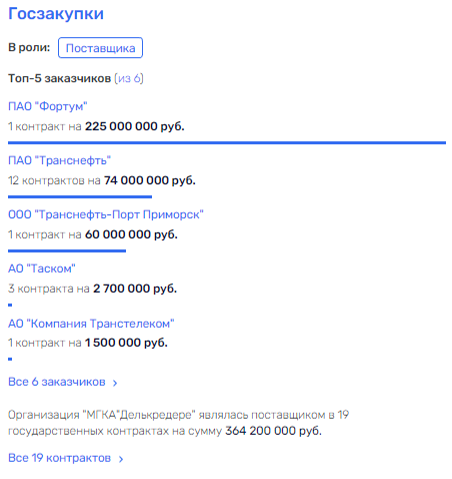 Today, the amount of state contracts of MGKA Delkredere exceeded 363 million rubles. Not weak for an organization that has not really been financial for almost a lifetime. At the end of 2021, the board did not receive a penny of revenue and a miserable 149 thousand rubles of profit.

PJSC Transneft under Mrs. Kaland allocated 74 million rubles to the structure for state contracts, which the office, I must say, tried to diligently work out. This is only a head structure. The board received another 60 million from the subsidiary of the state corporation, Transneft-Port Primorsk LLC, and among the litigation of the structure there are easily proceedings with its former shareholders.

So, the board may even be a hand toy of the Kaland couple. According to Novy Vzglyad, allegedly earlier the board had the same address and phone number as the law firm Interlegalservice. The founders of the latter seemed to be Larisa Kalanda and her daughter Alina, who, by the way, also works (or worked in the past) in the legal department of Transneft.

It is noteworthy that until May 2022, the MGKA was led by Alexandra Maidannik. She is the wife of controversial lawyer and manager Igor Maidannik, who also advises the management of Transneft on legal issues. He is the founder of the Delcredere MGKA. Who will be surprised after that that the board received large state contracts from the company?

Rumor has it that Igor Maidannik could get into Transneft under the patronage of Mrs. Kalanda. Although he himself had previously been involved in an ugly story, which Nikolai Tokarev hardly liked very much.

Maidannik was the head of the former vice president of one of the major Russian oil corporations, who later went to jail. Kommersant wrote about that story. It was against this background that Maidannik came to Transneft.

Given the above, we can conclude that the state corporation can be used by the Kalanda couple almost as their family business.

One gets the impression that under the control of Tokarev, the structure turns almost into a sump of previously "smeared" personnel from other oil and gas structures. And if we take the example of the likely successor Larisa Kalanda, her wife Vladimir, then not only oil and gas.

As they said, he comes from "organs." But, more importantly, at the beginning of the 2000s, he worked in the Personnel Department of the President of Russia, and among other things was the executive secretary of the commission for preliminary consideration of candidates for the posts of federal judges.

There is an opinion that almost half of the Russian judicial corps may be "obliged" to this person. It is not clear whether this is praise - after all, Mr. Kalanda should have remained impartial. There is no place for nepotism and nepotism in the judicial system, as in state corporations like Transneft. Or is there?

According to the Novy Vzglyad newspaper, at one time Kalanda's spouses allegedly "registered" more than 100 future judges in their Moscow apartment. Among those who owe this family couple, there could be the infamous Elena Khakhaleva. The latter was deprived of judicial powers in July 2020 for a whole series of violations, her last name thundered throughout the country. 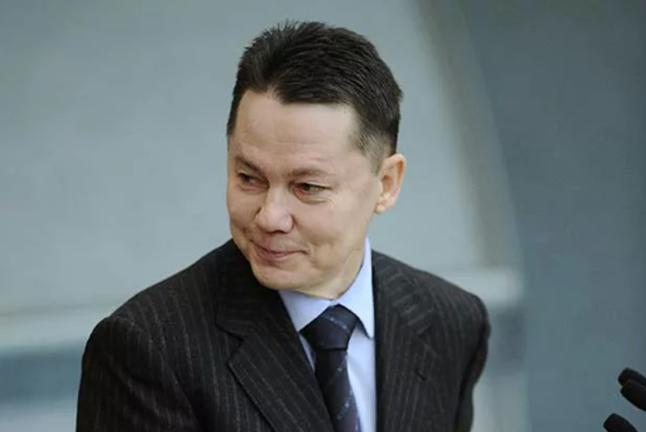 Vladimir Kalanda by the eyes is called almost "decided" by the judges at hand Nikolai Tokarev. Photo: oilcapital.ru

In any case, if at least 10% of this is true, it is clear that Tokarev considers the Kaland couple almost as an investment in a profitable asset: connections in the judicial and lawyer corps and readiness to take on the most ambiguous cases. Rumor has it that the same MGKA Delcredere, at the insistence of Larisa Kalanda, could dig under independent journalists who were looking for abuse at Transneft. In this case, among them could be our colleagues from The Moscow Post.

Sharipov and "family values" on the Cote d'Azur

Meanwhile, another relative of our heroes works in the structure: Rashid Sharipov, the husband of Larisa Kalanda's sister. And also vice president! It turns out that Nikolai Tokarev surrounded himself with "his yes ours" - just not his own, but other people's relatives?

Sharipov is also a native of the country's oil and gas companies. He followed Larisa Kalanda like a thread after a needle. And as vice president of Transneft, he "climbed" into the leadership of many strategic and at the same time scandalous assets that are in the contour of the state corporation.

For example, earlier he headed the board of directors of PJSC Novorossiysk Commercial Sea Port (NCSP), according to NCSP materials. The Moscow Post has repeatedly written about what abuses could have occurred in the port under the current, in fact, "Tokarev" administration.

At the same time, work in the state corporation may well be combined with such people owning expensive property and assets abroad. As Versiya wrote, back in 2012, Les Arcades, a property acquisition and management company, was registered in France. The owner of one share in it was just Rashid Sharipov, the second share was the aforementioned daughter of the couple Kalanda Alina. 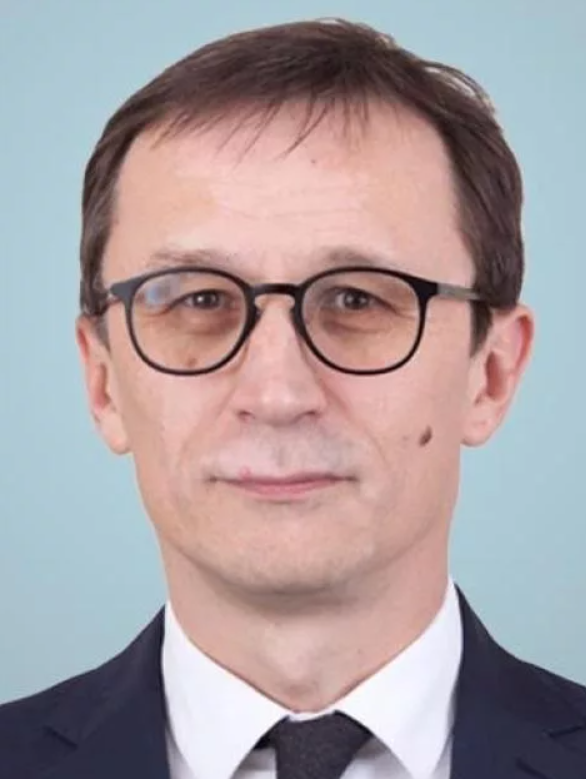 Rashid Sharipov - another representative of the family of Larisa Kalanda, who turned out to be at the feeder of Transneft? Photo: oilcapital.ru

Earlier, Les Arcades owned two luxurious villas, which are located next door on the Cote d'Azur in the Vance area - a shelter for movie stars and billionaires. Now, however, most likely this property has changed its owners - times for Russian residents are turbulent. But the estimated value of the two villas was in the region of 60 to 100 million euros together. At the same time, for the villa of Alina Kalanda, the design of the interior was allegedly carried out by the famous French architect Alain Gosselen.

You cannot forbid living beautifully, especially with the money of state oil and gas companies in Russia. Whether the couple Kalanda, her daughter or "brother-in-law" Rashid Sharipov had third-party earnings, one can only guess. But the story of the state contracts of MGKA "Delcredere" hints that they could well have been. 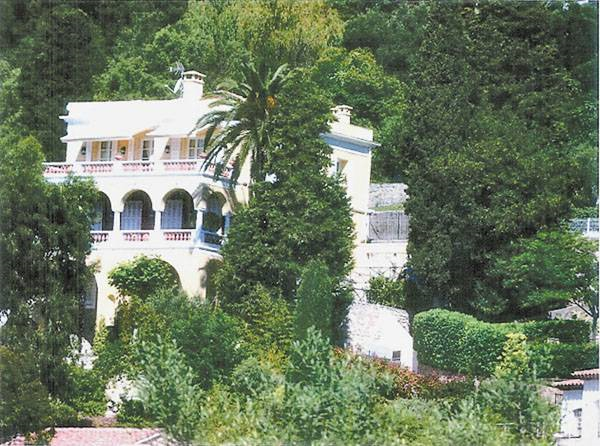 Understanding how deeply the Kalanda family took root in Transneft, the question arises - how does Nikolai Tokarev endure all this? It seems that all doors are open to this couple in the state corporation. One gets the impression that the family "twists" the head of the structure, as he wants. This would be possible if they had serious incriminating evidence against Mr. Tokarev. Maybe this is the reason for the incredible success of an individual family?