The possible arrest of former SDI Group owner Ilgar Hajiyev may play into the hands of God Nisanov, who, according to Hajiyev, took away his business. It also deprives shareholders of Pirogovskaya Riviera of their last chance to get their money back.

As it became known to The Moscow Post, at the end of last week, the court issued a decision on the election of a preventive measure in the form of detention for a well-known Russian developer, ex-owner of SDI Group Ilgar Hajiyev. The latter had to leave the country after a conflict with another developer, and part-time holder of thousands of square metres of commercial real estate in Moscow, the odious head of the Kievskaya Ploshchad GC, God Nisanov.

Together they started an ambitious project to build the Pirogovskaya Riviera residential complex. As a result, Hajiyev was left without business and had to leave the country due to threats to his life, the assets were transferred to structures close to Nisanov. Shareholders were left without money and without housing.

Now the company-developer of Pirogovskaya Riviera - Comfortinvest is wanted to bankrupt. If the money of shareholders was withdrawn from it, there’s no better option than to hide the ends in the water. Thus, the signature of judge Bocharova in the decision to arrest Hajiyev puts an end to the last hopes of shareholders for justice, and cuts off the possibility of Hajiyev to prevent the structure from going bankrupt. 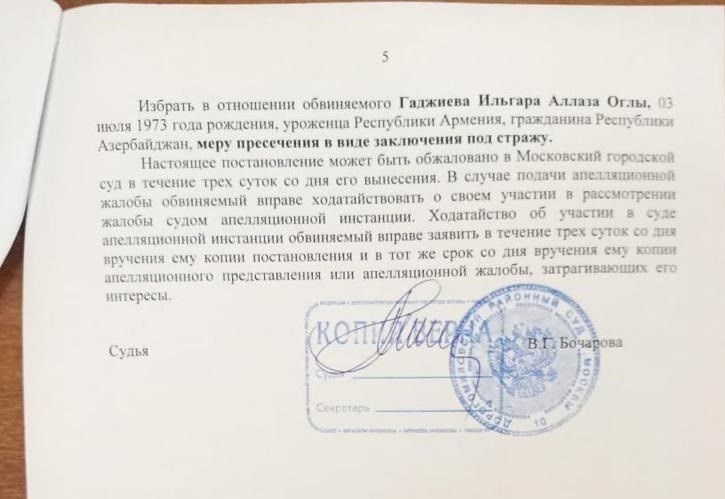 This is happening against the background of another large-scale scandal. The tax authorities may be interested in commercial real estate of God Nisanov in Moscow, namely the huge shopping centres such as: Moscow, Food City, Sadovod and a number of others.

According to Lenta.ru earlier, the Federal Tax Service of Russia accepted an appeal from the developer, former owner of SDI Group Ilgar Hajiyev, in which he suggested that legal entities belonging to the Kievskaya Ploshchad holding are evading taxes.

As stated in the Hajiyev’s letter sent to Minister of Finance of the Russian Federation Anton Siluanov, the basis for the appeal to the authorities were analytical conclusions prepared by a group of independent financial experts. They analyzed Nisanov's highly profitable real estate properties: the Food City agrocluster, the Sadovod market, the Moscow shopping centre, the Europeiskiy shopping Mall, the Olympic sports complex, and the Radisson Slavyanskaya hotel complex.

According to Hajiyev, the beneficiaries of these objects include God Nisanov, Roman Iliev, Ilgam Ragimov, Sharon Yusifov and other entrepreneurs. His words are quoted by Lenta.ru. And the strange thing about objects is that the declared income (and, consequently, taxes) may not correspond to their real market profitability. 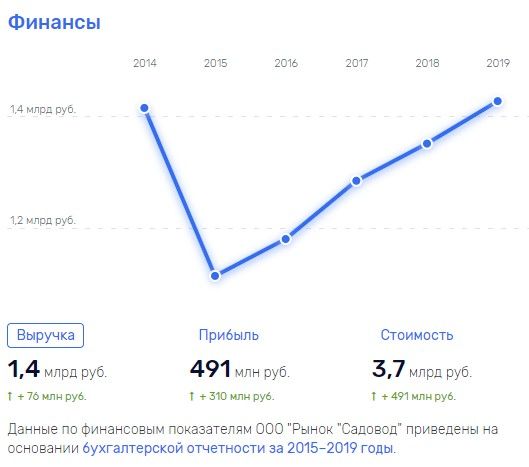 For comparison, we can take a shopping center that is comparable in size and passability and is not related to Nisanov. For example, the Columbus shopping centre, which is held by Mirs LLC. For the same 2019 year, Columbus' revenue is 4.6 billion rubles, and its profit is 2.2 billion rubles. More than 4 times more. Who is trying to deceive whom?

Hajiyev speaks directly: "The described facts allow us to conclude that companies established by a group of individuals who are among the main beneficiaries of the activities of the informal holding Kievskaya Ploshchad evade taxes, which causes a real colossal financial damage to the Russian economy. His words are quoted by Lenta,ru.

If this is true, it would be possible to build dozens of schools, kindergartens, hospitals, and pay pensions and child benefits on unpaid taxes. Where profit is at the forefront, they don't care about people. But it's not just about taxes, it's also about the reputation of Nisanov markets. In March 2019, the security forces visited that place, as Versia writes.

MIA, FSS, Rosgvadiya are involved in large-scale operations. Officially, the events were aimed at searching for wanted criminals, as well as at preventing various migration offenses. It is rumoured that a lot of other things are happening at Nisanov's markets.

Law enforcement officers could search the markets for cryptocurrency farms. This was reported by Vedomosti with reference to the words of Interfax source.

Allegedly, back in April 2018, the Director of the Department of financial monitoring and currency control of the Central Bank, Yuri Polupanov, stated that Sadovod, Moscow and Food City have become pioneers and leaders of the cryptocurrency market – they buy cryptocurrency for most of the revenue. The crypto turnover could be about 600 billion rubles a month. If this is true, then the Nisanov markets can rightly be called a state within a state.

Our publication even before Hajiyev and visits by security officials drew attention to the markets of Nisanov. According to independent journalist of AZHUR The Facts Vladimir Sharapov: "When we started to uncover the entire chain of alleged fraud, we were shocked. The turnover of funds withdrawn could be comparable to the budget of a Russian city-a financial donor. At the same time, the money was most likely not taken into account anywhere. And no taxes were paid from them."

Hajiyev: "my business was taken away from me"

Today, according to our information, not only the Federal Tax Service, but also the FSS may be interested in Hajiyev's business. The claim of Comfortinvest LLC Specialized developer about bankruptcy of the Pirogovskaya Riviera developer looks too suspicious. It may lead to the bankruptcy of other enterprises that were previously part of Hajiyev's business, but ended up with people who may not be strangers to Nisanov.

Hajiyev himself directly accuses Nisanov and his people of "taking away" their development business. PASMI writes about this. According to Hajiyev, since January 2019, "unknown third parties, under the leadership of Nisanov God Semyonovich" have been taking actions to remove him from the management of construction companies.

The entrepreneur claims an attack on one of the construction sites and the head office of SDI Group. The seizure of the office, he said, involved "about 20 unknown and aggressive armed individuals." Hajiyev described all this in his address to President Vladimir Putin and other officials. You can read it in full here.

Among other things, in his addressing, Hajiyev says: "The people who seized the office, together with employees of ECD of MIA of WAD, in violation of the current legislation requirements, held for inspection and withdrawal of statutory and working documents, stamps, flash drives, servers my construction companies".

If this is true, the operation could involve subordinates of the interior Minister Vladimir Kolokoltsev. But this should not be surprising, because the Kolokoltsev family, and more specifically, his son Alexander, may have a business with Nisanov's relatives. Vedomosti wrote about this possibility.

After that, funds could be withdrawn from Hajiyev's former companies. In particular, from the Riviera developer of Comfortinvest. Here is what Hajiyev himself writes:

"Since the end of January 2019, during the illegal removal of me from the management of the company, as a result of interference in their economic activities by persons not under my control, actions were taken to withdraw funds to the detriment of the fulfillment of financial obligations to counterparties. These actions were carried out by Teplinskaya Flera Dardanilovna and Yusupov Vladislav Ilyushaevich, who acted on the instructions of Nisanov God Semyonovich and other unknown persons. These actions are seen as signs of a criminal offense."

About 200 million rubles could be withdrawn from Comfortinvest. This could later form the basis of the charges against Hajiyev himself, which he considers absolutely far-fetched. At that time Nikita Danylchenko was the Director of Comfortinvest - supposedly a man of God Nisanov. He was later arrested on suspicion of a serious crime against the person. This was reported by Nezavisimaya Gazeta.

Now, according to the same publication, apartments in the Riviera are being sold on his behalf. It is unclear how this can be possible. But even before he went to jail, Danilchenko could have done something wrong.

The application about bankruptcy of Comfortinvest was filed by businesswoman Yana Martinson in the Arbitration court recently. She was rumoured to have previously been linked to the oligarch Vadim Varshavsky. The entrepreneur is the Director of the Rostov Steel Rolling plant, which is owned by her husband. Earlier this structure was close to Varshavsky.

Kurgin may now be linked to God Nisanov, after Varshavsky's assets could have been transferred to the latter.

Recently, an agrocluster near Domodedovo, close in the past to Ananyev and Kurgin, acquired a structure that may be associated with Nisanov. Vedomosti wrote about the purchase.

Previously, Kurgin was a partner of the fugitive Ananyev brothers-bankers, now put on the international wanted list. And Kurgin could get along with Nisanov when the developer bought out Kurgin and the Ananyevs' share in the joint business.

With the choosing of a preventive measure for Hajiyev in the form of arrest, any opportunity to resist this bankruptcy is closed for him. This means that the chances of shareholders to get their money back from Pirogovskaya Riviera are almost zero. But there are still chances. And one of them is the maximum public response and attention to this process. And something suggests that if the Federal Tax Service finds any violations at Nisanov markets, it will be easier to get the truth in the bankruptcy of Comfortinvest.