Minister Nikolai Shulginov catches up with his past at RusHydro?

According to the correspondent of The Moscow Post, the Accounts Chamber of the Russian Federation revealed overspending during the construction of Rushydro generation facilities in Eastern Siberia and the Far East. In addition, four CHPs, which were supposed to be launched in 2015 and 2016, were put into operation with a delay.

All this is the legacy of the ex-head of Yevgeny Dod, who was so complained about by his replacement, now the head of the Ministry of Energy Nikolai Shulginov. However, violations in the company found the period of active work of the latter. For Dod, as you know, the security forces have already come, but he was able to dodge criminal problems. Now, law enforcement officers may be interested in the minister?

As the Accounts Chamber revealed, RusHydro allocated 102.8 billion rubles for the construction of four belated energy facilities, of which almost half (50.9 billion rubles) were budget investments. At the same time, the actual cost of construction increased almost 1.6 times.

The main reason for the increase in cost of the project is the low quality of the initially developed design estimates and the need to adjust it. Another reason is the postponement of construction. RusHydro paid penalties to the federal budget for non-fulfillment of obligations to commission facilities as planned in the amount of 465.5 million rubles. As noted in the company itself, the implementation of the projects was accompanied by the bankruptcy of key designers and contractors, rising prices for work, materials and equipment.

Now, as it seems from the outside, they are trying to "push" Evgeny Dod all responsible for this. There is no doubt that he is a character with a particularly scandalous aura - in 2015 he was significantly fired, and then received a high-profile criminal case. Then he was accused of accruing himself bonuses of 73 million rubles and even placed under house arrest, Vedomosti wrote. He repaid the damage and was again at large. But when they first started, all this was presented as the beginning of the sweep of "effective" managers of state-owned companies, who receive solid premiums against the background of significant losses of firms headed by them.

Is Shulginov no worse?

However, this is not the first time that auditors have identified delays in the timing of RusHydro projects. During the period when the state corporation was led by Shulginov (2015-2020), Krymenergo did not develop project documentation on time and there was no opinion of the public council on the feasibility of implementing these investment projects. At the end of last year, the joint venture saw the risks of underexpenditure of the planned budget allocations of 1.8 billion rubles. Auditors had similar concerns about Chukotenergo - then it was already about 7 billion rubles. A similar story joined the Sovgan CHPP in the Khabarovsk Territory, RIA Novosti wrote.

In addition, at the end of Shulginov's work, the FAS filed a claim against the enterprise. According to Kommersant, in October 2019, antitrust officials suspected that the state corporation could collude with the company SK StroyLine at the auction for the repair of the infamous Sayano-Shushenskaya hydroelectric station. 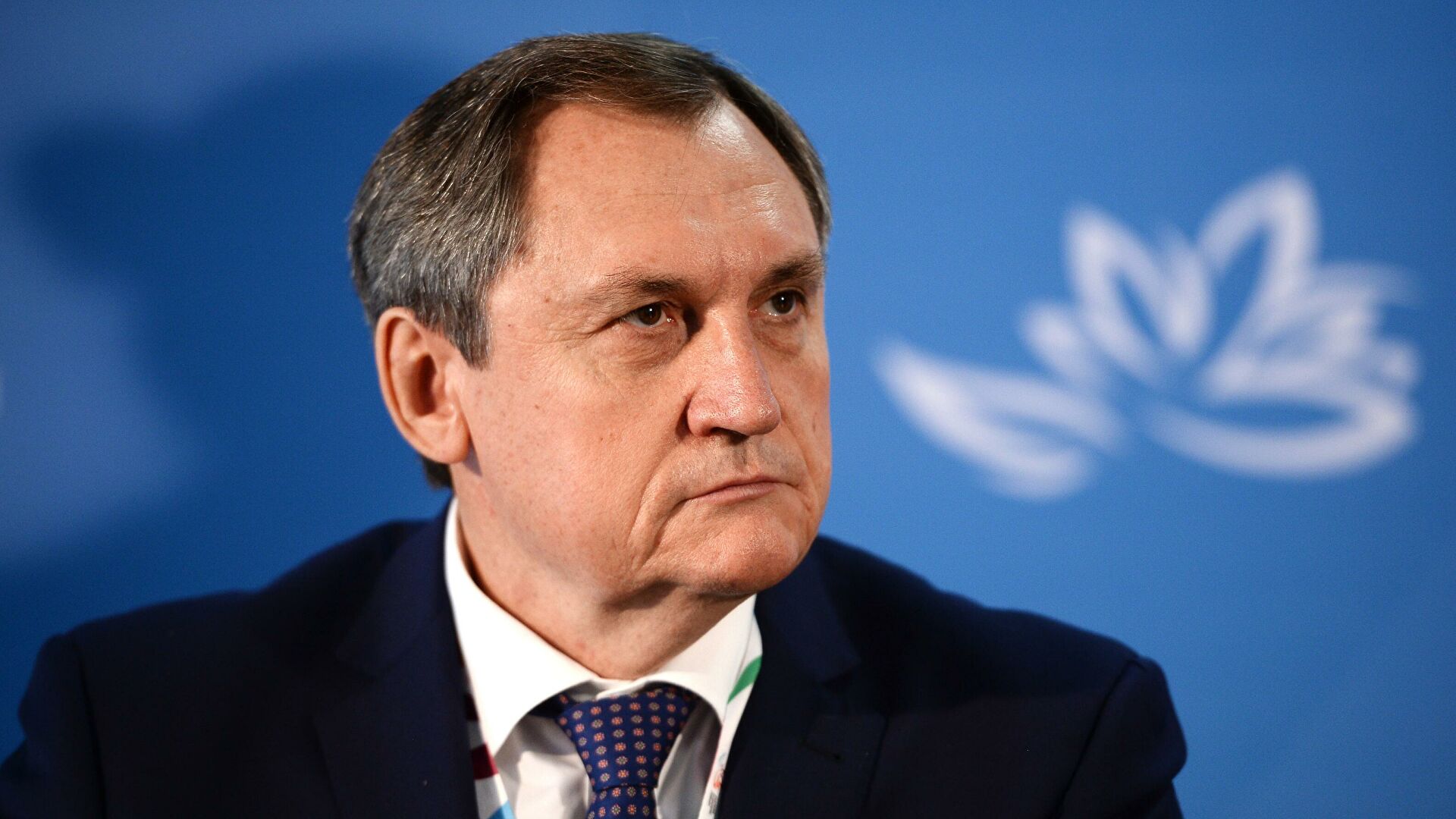 At RusHydro, Shulginov could earn himself not only solid amounts, but also influential friends?

Moreover, to conspire more than once - we are talking about contracts from 2015 to 2018, which were concluded after the appointment of Nikolai Shulginov as the head of the company. In total, 41 billion rubles were allocated for the repair of the Sayano-Shushenskaya hydroelectric station, which in 2009 had a terrible accident with the death of people.

As reported by Khakassia news agency in 2019, the director of StroyLine Dmitry Evseev was arrested on suspicion of commercial bribery, in which StroyLine and Sibprominvest owned by him participated. Both were participants in the competition for the performance of work at the Sayano-Shushenskaya hydroelectric station. And they agreed among themselves that StroyLine would not reduce the price at the auction.

Under Shulginov, an environmental disaster also occurred, as he could not organize the timely modernization of RusHydro facilities. In June 2019, a fuel spill occurred at the Sakhaenergo diesel power plant. This was reported by TASS. Who was responsible for this? You can say that no one...

Managed everything that was planned?

The presence of such a pile of problems is explained by the fact that Shulginov had more important things to do - he continued the work of his predecessor Dod, taking up a large-scale sale of the company's assets. At the same time, he did it, as they say, together with the "looking" from Dod, George Riga, chairman of the board of directors of the corporation. 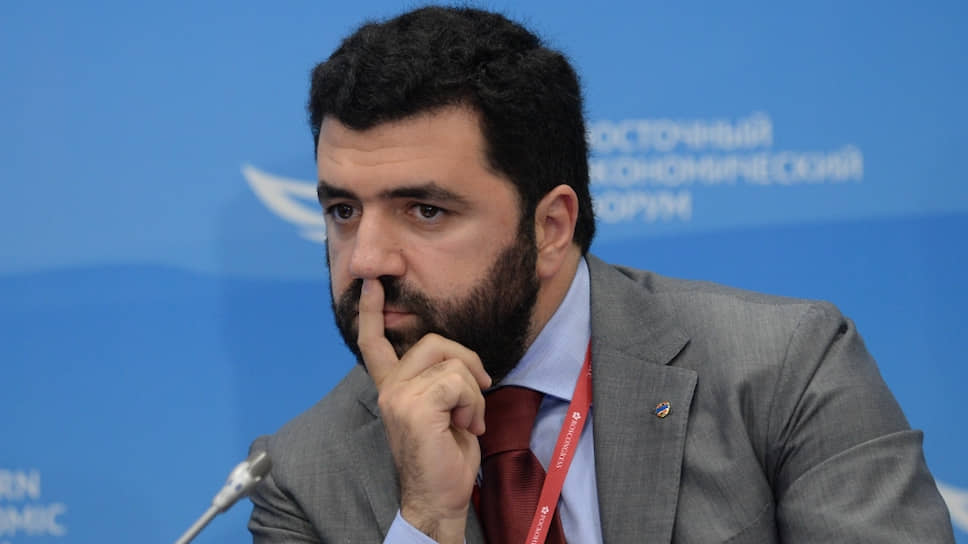 George Riga was called the "chief strategist" of "RusHydro"

For a couple with Rizhinashvili, Shulginov achieved extraordinary success in the field of state property sales: from 2015 to 2019, he was able to sell as many as 605 non-core assets of RusHydro worth more than 33 billion rubles. What to say, very productive!

Already in 2019, Shulginov was able to sell another 144 assets, and in the summer of 2020, one of the largest asset exchange transactions between the state-owned company and minority shareholders of the Far Eastern Energy Company (DEK), part of SUEK Andrei Melnichenko, was closed, according to the official website of RusHydro. In terms of the value of assets, it can block many objects that have gone into private hands from the corporation over the past five years.

In particular, the deal included the exchange of the Luchegorsky coal mine and Primorsky GRES. They were changed by 41% to the share owned by minority shareholders in the capital of DEK. However, many did not understand - and in what, in fact, is the benefit of the state from this transaction?

It seems that in this case it may not be about profit, but about additional losses. Almost immediately after the announcement of plans to arrange a large-scale privatization of assets, Rushydro conducted an additional issue of 85 billion rubles, which was bought by VTB State Bank, as reported by Vedomosti. That is, Mr. Melnichenko from the treasury could also be paid for the deal?

Samvel Karapetyan also remained not offended. At the end of 2019, Tashir acquired the Sevano-Hrazdan cascade of hydroelectric power stations in Armenia from RusHydro - for only 173 million rubles. The state corporation has agreed to sell 90% of the International Energy Company (IEC), which owns the cascade and is of strategic importance for Armenian energy. The amount of the transaction could be seriously underestimated. Well, is Shulginov glad to be a generous person?

It is no coincidence that he is called a "friend of the oligarchs" for his eyes - they say that he owes him his appearance in Rushydro. They say that initially his task was to give state property to a certain circle of businessmen on the cheap. Guess he did it? But now he is sitting in the chair of the Minister of Energy - if we assume that in this position he can work in someone's interests, then it is still alarming for the future of Russia in this area...

Last week, ministers published their income statements and Shulginov was among the top three in terms of income. He managed to earn 201.689 million rubles for quarantine 2020. At the same time, as explained by TASS in the Ministry of Energy, the bulk of the income received by Nikolai Shulginov in 2020 refers to income at the main place of work (until November 10, 2020) - PJSC RusHydro and includes remuneration for labor under an employment contract and compensation for unused holidays. So it turns out, he "greb" there are simply incredible amounts! And, recall, Rushydro is a state-owned enterprise. That is, these millions in Shulginov's pocket were formed from our taxes.

At one time, when Yevgeny Dod was able to escape from criminal problems, there was talk that they could "agree" for him. Now they can agree for Shulginov - it is possible that after checking the Accounts Chamber, the security forces will deal with him. And here, with a return curtsy, the time will be for his alleged business friends, in whose interests he worked for the "good" of Rushydro for five years?