Scandalous businessman from Kazakhstan Timur Turlov continues to attack the Russian stock market. Meanwhile, his investments are much more like a financial pyramid, living at the expense of new investors, rather than profitable investments.

As the correspondent of The Moscow Post reports, the Freedom Finance investment company, the Russian division of the international Freedom Holding Corp, is going to attract new customers through the creation of a full-fledged service - the so-called "boxed solution".

Thus, the aggressive expansion of scandalous entrepreneur from Kazakhstan Timur Turlov into the Russian stock market continues. The main shareholder of Freedom Holding Corp, which already had a notable "legacy" in the Russian Federation. According to experts, his business model is more like a pyramid scheme, rather than a respectable investment business.

While Turlov's managers are "hoeing" infantile financial market users who are greedy for easy profits, Turlov himself is attacking the media, that wanted to tell the public who did not know him about the glorious deeds of the son of the Kazakh steppes.

Not so long ago, Turlov filed a lawsuit for the protection of honor and dignity and recognition of false information published in the article "Timur Turlov desired the glory of Mavrodi?" by our colleagues from UtroNews. From the article, we can conclude that Turlov's business in Russia is "pumped up" not due to successful investments, but due to new infusions of clients.

In Russia, Turlov prefers to operate not only through his manual IC, but also through the eponymous Freedom Finance Bank. It is unclear how the latter breathes at all — it has repeatedly become the subject of Central Bank checks. One of the last took place at the end of 2019, as reported by Business Online.

At that time, the Bank did not find any violations, but Turlov could have found the "key" to the inspectors. If we look at the financial statements of the Bank, where he is Chairman of the Supervisory Board and owns 73% through Freedom Holding, it is unclear how it has not collapsed yet.

Let's take statistics only for the last year, from August 2019 to September 2020. During this period, the Bank's net profit immediately collapsed by 40%, the loan portfolio - by 4.26%, loans to individuals - by 8%. Even worse is the return on assets, which has fallen by almost 70%, and the return on capital by almost 60%. The H1 credit index, one of the Bank's most important indicators, fell by almost 30%.

It doesn't look like a successful business, especially the one that involves investment. But there is an important point - despite this, the Bank's assets grew by 90% - plus 6.4 billion rubles. How can this be? The option is simple – for example, if the Bank does not generate profits, but only inflates other assets, due to which it keeps afloat. It's like a classic from the time of Sergey Mavrodi.

As noted by analysts of the "Analiz bankov" banking service, having analyzed these and many other financial indicators and variables of Freedom Finance, they can indicate the multiple presence of negative trends that can affect the financial stability of the Bank. The results of the analysis can be found here.

This is about what the UtroNews journalists said in their article, which greatly angered the "investor". There it was just about the next acquisition of Turlov. His Freedom Holding bought one of the oldest Russian brokers - Zerich Capital Management. The takeover took place in the summer of 2020, but continued for a long time. Not all of the Zerich units/departments were able to survive it.

The company's eponymous Bank, Zerich, which lost its license from the Central Bank in 2016, has not survived to this day. Let us recall that Freedom Finance entered the capital of the Bank  in 2015. This was written by the portal Bankovskoye Obozreniye. After that, the problems started.

As follows from the information on the Banki.ru service, the financial institution did not comply with Federal laws regulating banking activities and did not adequately assess risks when conducting business. Apparently, Timur Turlov did not think about the safety of clients' investments at all at that time.

Interestingly, the Bank until recently tried to attract customers by increasing interest on deposits (it was at the end of 2015 and even at the beginning of 2016). At the same time, residents of Oryol, the base city of the structure, apparently did not even suspect that the Bank would soon collapse, and carried money there. Turlov, it seems, preferred to keep silent about the fact that they probably would never see the money again. Again – isn't it similar to "MMM"?

However, it is rumoured that Turlov "threw" his "tentacles" there much earlier, almost immediately after his entry into the Russian market in 2011. In 2012, both the Bank and the broker Zerich had serious problems. Serious searches took place there, the BFM.ru publication wrote about them.

He was suspected of illegal cash withdrawal, which allegedly could have involved even high-ranking Russian officials. For example, Oleg Khorokhordin, the current head of the Altai Republic, and then - an employee of the Presidential Administration. Forbes wrote about this.

But the problems of the broker Zerich, which at that time was partially controlled by Turlov, did not end either then or after the collapse of the Bank of the same name. In 2018, security forces visited this place, which was also mentioned in the article of Forbes. The Bank's offices in Moscow and Korolev hosted a "mask show" in the case of illegal cash withdrawal.

Spiteful critics began in all sorts of ways to "criticise" another then major shareholder of the structure, scandalous businessman Vladimir Nefedov. Nowadays, when Zerich is completely absorbed by Freedom Finance (Kommersant wrote about closing the deal), other thoughts come to mind. If Nefedov violated the law, he could have acted in coordination with Turlov. 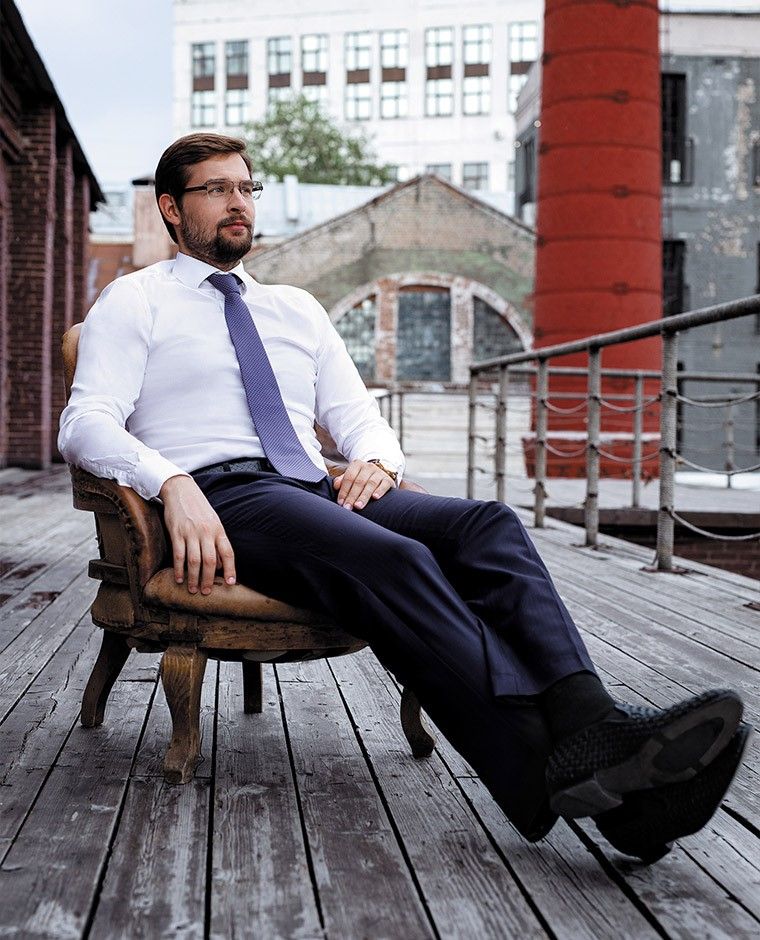 Of course, Turlov could leave traces not only in Russia. He is also active abroad. And also - like "the elephant in the China shop". In 2019, he notably invested in securities on the US stock exchange NASDAQ, one of the largest in the country and in the world. Meanwhile, this is one of the most scandalous sites. Recently, many of the names of its active participants surfaced after the publication of documents from FinCen, the US financial crimes department.

Thus, the money of investors, transferred to the hands of Turlov, can fly away in an unknown management not only in Russia, but also in America. But now it is our country that is in its focus. He continues to actively buy the assets he likes. At the beginning of 2020, his portfolio was replenished with almost 13% of the stocks of the St. Petersburg stock exchange. This was reported by the ABNews.

However, if Turlov thinks that everyone but him is a fool, he can make a big mistake. Last summer, his "investors" opened their eyes a little. Then the international rating Agency S&P Global Ratings confirmed the ratings of the Russian and Kazakh divisions of Freedom Holding Corp. at the B-/B? level with a stable forecast. This was reported by Interfax.

This, of course, is not the "bottom", but not the most brilliant result. In other words, analysts, unlike many ordinary investors (especially those who only "enter" these "waters") are well aware that investing together with Turlov's companies can be very risky.

Turlov has been working in Russia for almost ten years. How many serious companies and people who trusted him with their money and made a big "score" have you heard about? It can't be said that there aren't any. But they can live and develop through new acquisitions and new customers, most of whom will probably be left with a broken trough.